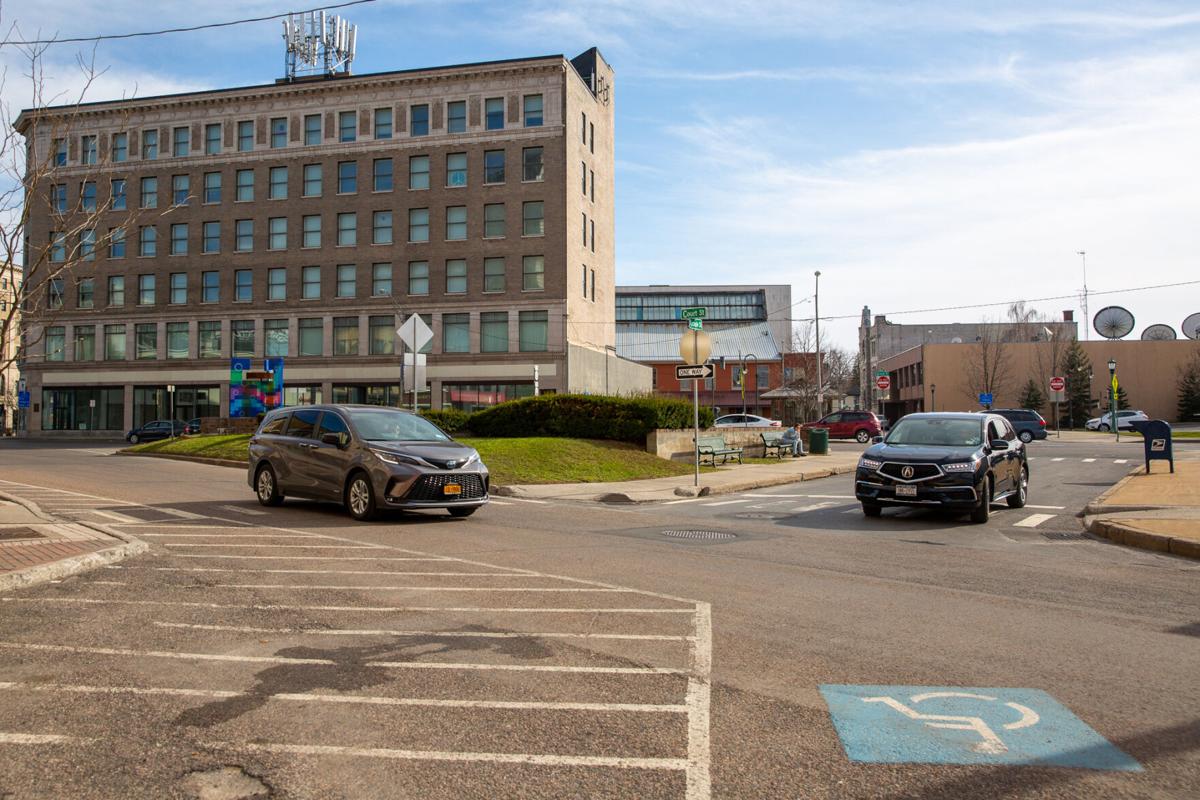 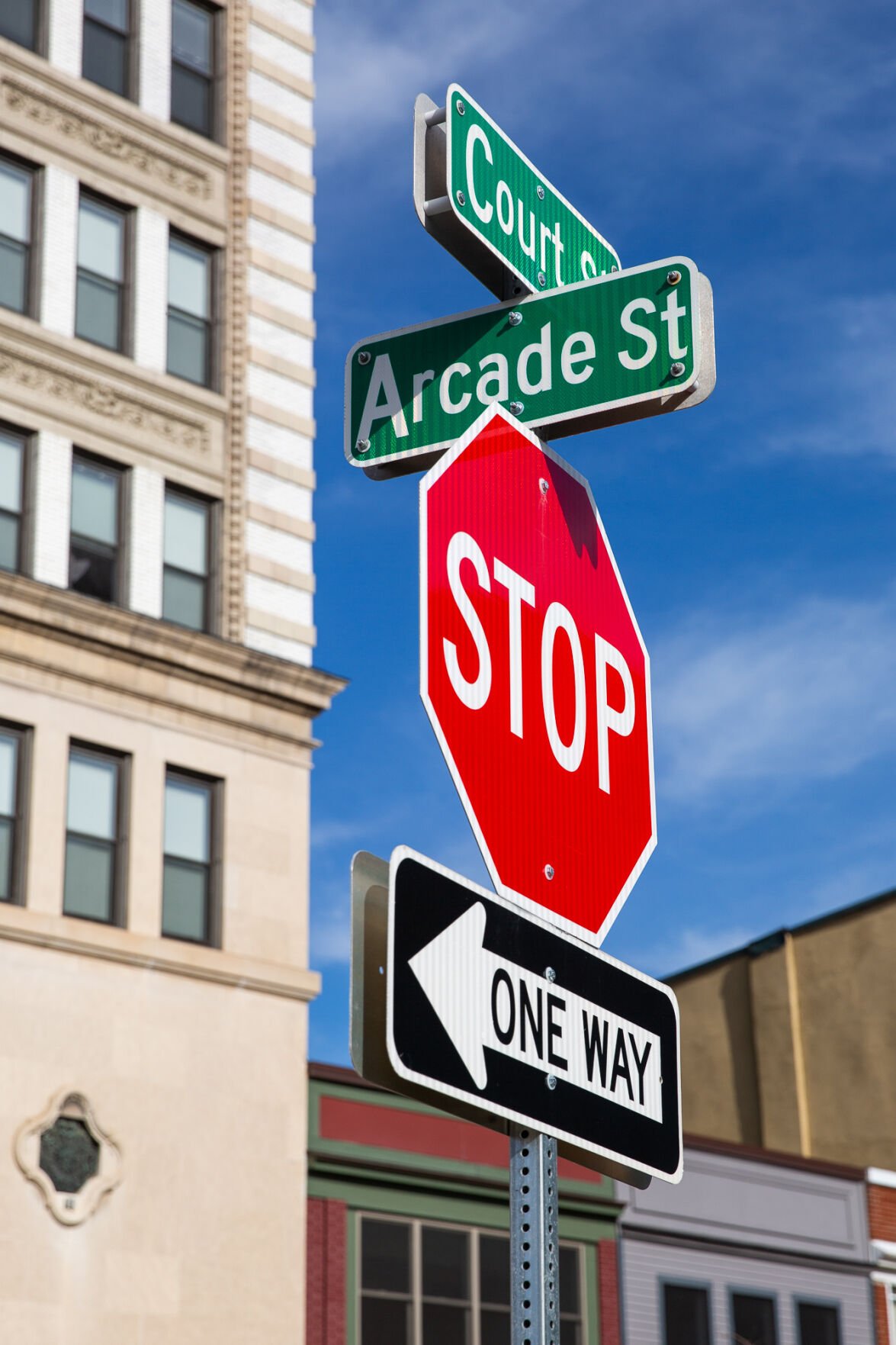 WATERTOWN — For the past six years, local activist Patricia A. Whalen has lobbied hard for a traffic light at a busy downtown intersection. It’s the same intersection, near Arcade and Arsenal streets, where a city police car was involved in a crash on March 29 and ended up on its side.

On Monday night, she found out for the first time that the city is looking into whether a traffic light should be installed at the intersection, near where passengers get on and off CitiBuses.

City Manager Kenneth A. Mix said a consultant working on a traffic light project in and around Public Square will evaluate whether a traffic light should be installed there.

Mr. Mix said that Fisher Associates, the consultant that’s working on synchronizing all the traffic signals in and around Public Square, was instructed to look into adding the traffic light at Arcade and Arsenal streets.

The city is using a $135,000 state grant to design a project to install a wireless system to coordinate downtown traffic lights to work more efficiently.

On Tuesday, Mrs. Whalen, 76, who was severely injured at that intersection in August 2019 after a pickup truck hit her, said the city should have done something a long time ago.

On Aug. 26, 2019, Mrs. Whalen, who lives in the nearby Woolworth Building, was just entering a crosswalk at Arsenal and Arcade streets when she was struck by a pickup truck traveling west on Arsenal Street. Her walker flew several feet, and she ended up in the middle of the road. The driver was ticketed for not yielding to a pedestrian in a crosswalk. She spent three weeks in the hospital and nearly died.

Mrs. Whalen reiterated at Monday night’s council meeting that the city should install a traffic light at Arcade Street before someone gets killed. Several accidents have occurred in recent years near that intersection and in front of the nearby Jefferson County Court Complex.

Mr. Mix thinks it’s a good time to look at whether a traffic signal would work at the intersection since Fisher Associates is already working on the project. The city is also just starting to look at making street improvements to that area that connects Arsenal and Court streets with Public Square, so it’s also a good time to evaluate the need for a light there, he said.

Last month, police officer Nathan L. McKeever was on his way to an emergency when his police cruiser was struck by another vehicle that was heading through Arsenal Street from Arcade Street to get to Court Street, causing the police vehicle to roll over and come to rest on its side. Mr. McKeever suffered minor injuries. The driver of the other vehicle was given a series of traffic tickets.

That crash, Mrs. Whalen said, also shows a need to close off that short cut to Court Street to prevent future accidents.

But Mr. Mix isn’t so sure whether closing off the shortcut is feasible since it’s the only way to get to Court Street for motorists driving east on Arsenal Street.

Two other residents spoke at Monday night’s City Council meeting, expressing their concerns about that intersection and how motorists speed along Arsenal Street.

Delores F. Surowiec, who lives on Mechanic Street, said she’s seen cars zoom through Arsenal Street, cut across to Court Street and has been nearly hit.

“I call it a duck shooting gallery,” she said. “And we’re the ducks.”

About five years ago, she was nearly struck on Washington Street when the driver was texting and not paying attention to her in the middle of the crosswalk. The car missed her by six inches, she said.

Arcade needs to be entirely one way.