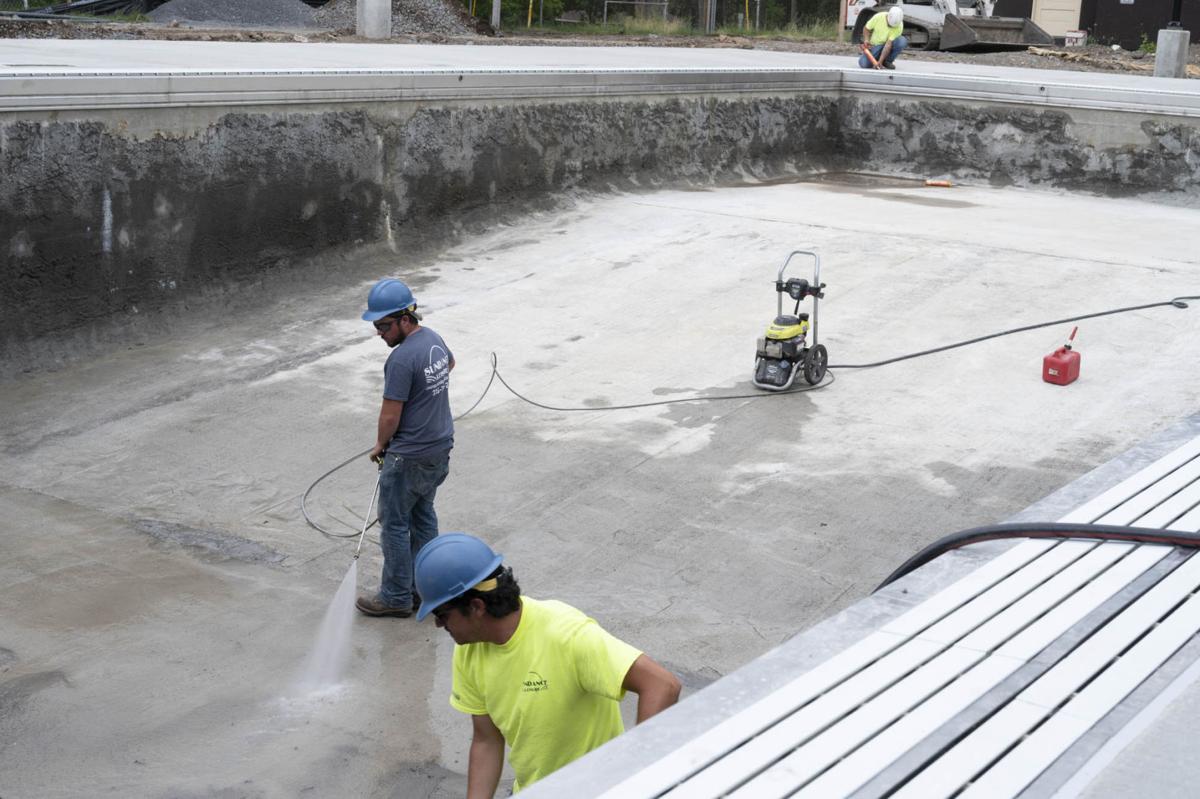 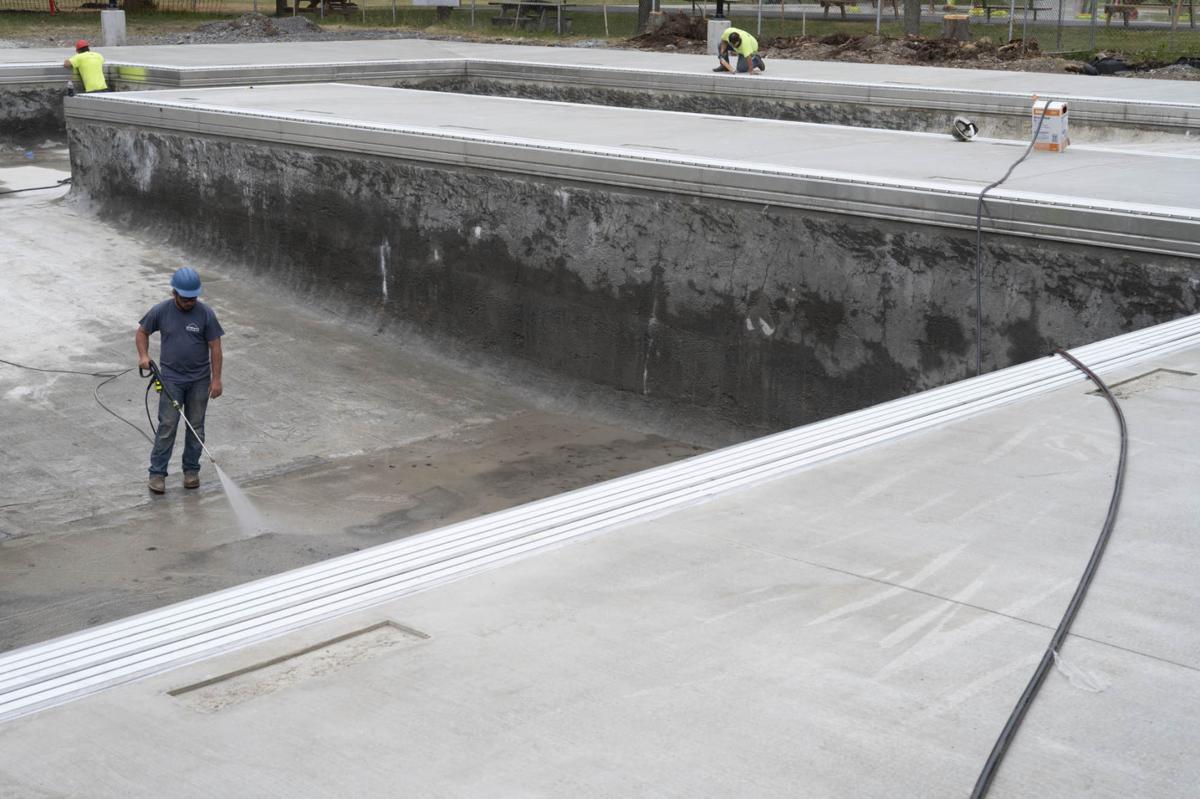 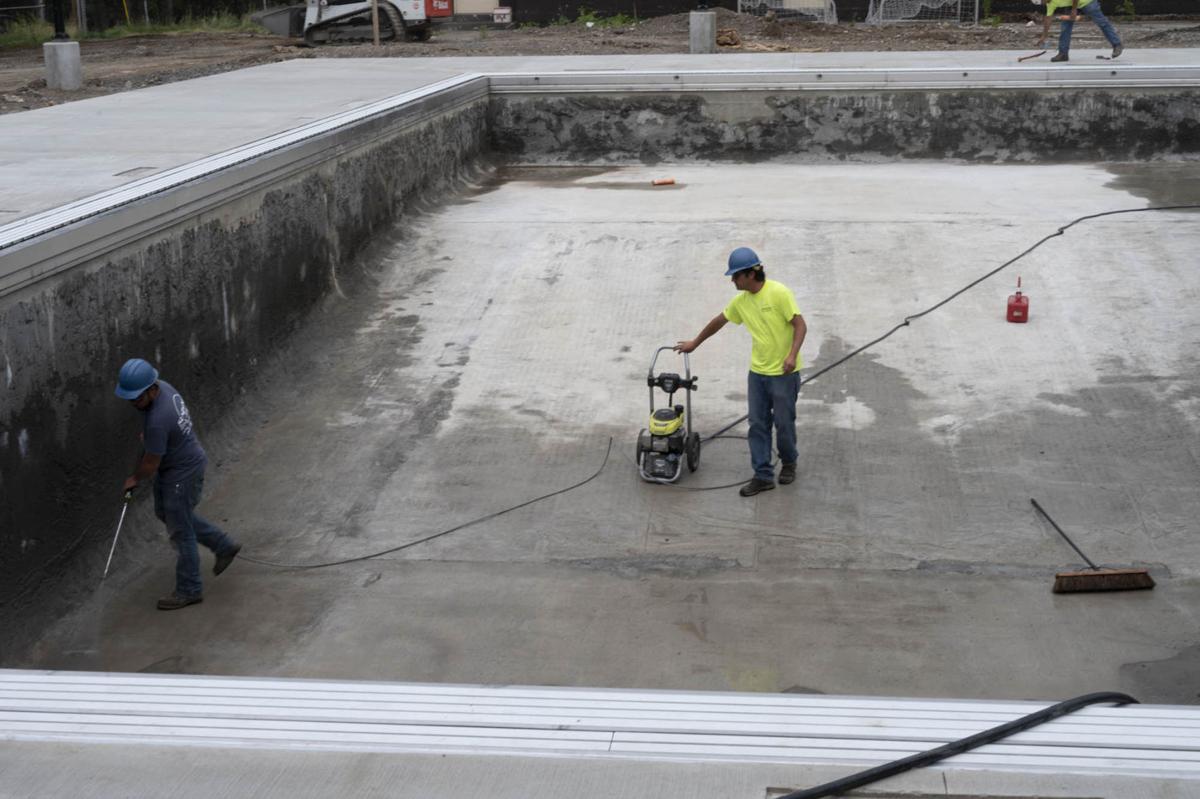 WATERTOWN — Weeks ago, Mayor Jeffrey M. Smith and the City Council were adamant that the public would not be able to use the new $3.1 million pool in Thompson Park this summer.

But, in what would be a reversal, the council is considering opening the pool for a few weeks after construction is finished, most likely during the first week of August.

Staffing the pool with lifeguards might be the biggest obstacle, Councilman Jesse Roshia said.

With the backdrop of the coronavirus pandemic, council members decided during budget deliberations that the Thompson Park pool and the city’s two others, at the Alex T. Duffy Fairgrounds and the North Elementary School, would remain closed this summer.

They blamed city budget woes, caused by the coronavirus, that resulted in a $2.5 million shortfall in sales tax revenues.

Some residents, however, lobbied council members to open one of the pools this summer for children who couldn’t attend school and because the city’s summer recreation program could not open because of the pandemic.

Councilman Roshia said Tuesday opening the Thompson Park pool would give kids an activity to do this summer. A few weeks ago, the city already opened the splash pad, adjacent to the new pool.

Councilman Roshia credited the mayor for bringing up the idea of opening the new pool for a few weeks this summer.

Mayor Smith said council members will first look at the cost of opening it, since it’s been such a difficult budget year and city finances remain tight.

“We have to look at the expenses,” he said.

Councilman Roshia doesn’t think that “the pool is a Watertown issue,” adding that the cities of Rome and Utica decided to keep their pools closed this summer, and Syracuse will not open all of its eight pools because of similar financial constraints.

Already passing a test for leaks, the new pool should be finished on about Aug. 7 and be ready for use on Aug. 10, City Engineer Michael DeLaney said.

The pool will open only “if council chooses to do it,” he said.

The only work on the pool remains laying down some hybrid grass at the site. As for the new bathhouse, Mr. DeLaney will find out what work still has to get done during a meeting on Thursday at the site.

The pool was originally going to be completed in July. But a full month of construction time was lost during the coronavirus pandemic after a governor’s executive order halted all unnecessary construction.