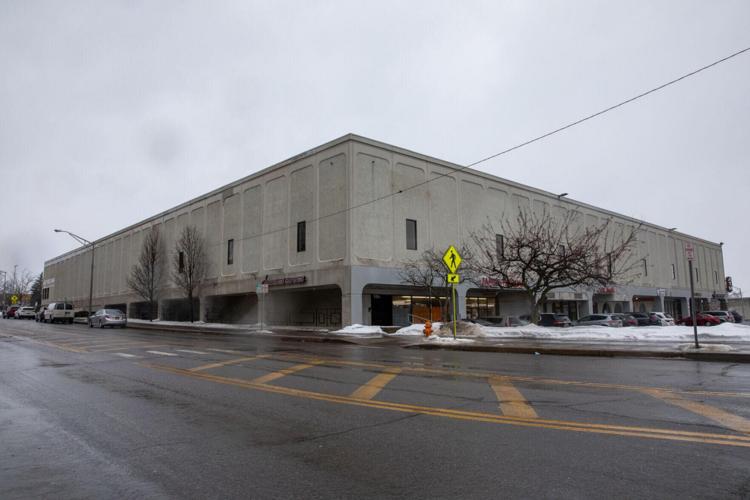 The Watertown YMCA will move ahead with a project to transform a former call center downtown into an aquatics and community center. Watertown Daily Times

The Watertown YMCA will move ahead with a project to transform a former call center downtown into an aquatics and community center. Watertown Daily Times

WATERTOWN — The YMCA’s plans to turn a former call center on Arsenal Street into a community and aquatics center are on track.

The Watertown Family YMCA Board of Directors on Monday approved plans for Purcell Construction, Watertown, to move to the construction phase of a new state-of-the-art community and aquatics center in the heart of downtown.

“We are grateful for the tremendous community support and are pleased to move to the next phase of both the construction and the campaign.” YMCA CEO Denise K. Young said Tuesday. “The culmination of this project will impact our community’s health and well-being for generations to come.”

The new facility will enable the YMCA to host state-level competitive swim meets, expand preventative health services in the community, and significantly enhance programs and amenities moving from the current downtown location upon completion.

The project still needs a commitment for bank financing, Y officials said. They also are applying for state tax credits and seeking other grant funding.

Partnering with the JCIDA, the project obtained a $9 million Department of Defense grant. The DOD’s Office of Economic Adjustment priority project received the funding given its strategic location and ability to improve the quality of life for military families in the greater Fort Drum area, YMCA officials said.

David J. Zembiec, CEO of Jefferson County Economic Development, said he still needs to talk to YMCA officials about when the JCIDA will relinquish the building so construction can start.

The aging building had to go through a major environmental cleanup after highly toxic polychlorinated biphenyls, PCBs, were found in the flooring.

The final cost of remediation is nearly $2.6 million, according to JCIDA officials.

The nation’s supply chain issues, caused by the COVID-19 pandemic, also increased costs from intitial estimates. The project has been delayed almost a year.

Construction will take 18 months, with an opening in the fall of 2023.

Local leaders have described the new YMCA facility as a transformational project for downtown. They envision hundreds of people a day will use the facility and then shop downtown.

YMCA officials believe they will turn the cornerstone downtown property into a prominent centerpiece that complements surrounding businesses, provides vital services to the neighboring affordable community and significantly enhances amenities to its members and the broader community.

“We can’t think of a better reuse of this site as we watch it transformed and revitalized into a new YMCA facility that will complement the downtown area, make Jefferson County a more attractive destination for workers and businesses, support our Fort Drum neighbors, and further enhance the value of the public and private investment previously made in the surrounding downtown area,” Mr. Zembiec said.

Given the project’s anticipated positive impact on the community, it has attracted significant investment from federal, state and local sources, YMCA officials said.

In addition to the DOD investment, the project was awarded $3.6 million in state funding, a $250,000 grant from National Grid and $4,100,000 in local donations, which includes a lead and matching gift from the Northern New York Community Foundation.

A final phase of a Transforming Community Campaign is set to begin.

The building previously housed a call center and a Woolworth department store before that.