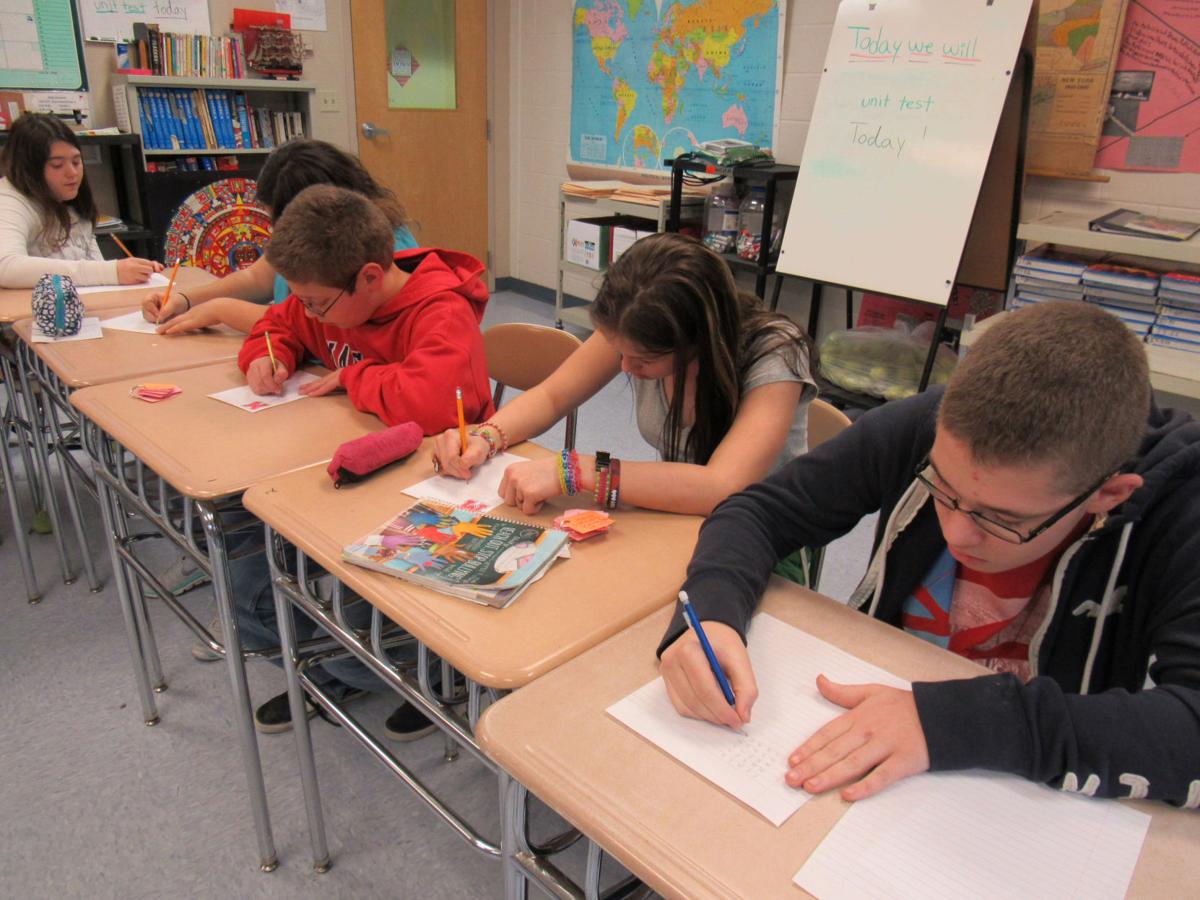 Students at J.W. Leary Junior High School, Massena, are taking advantage of an opportunity to learn Morse code and ham radio operation. Some of the students are pictured during a Morse code exercise, turning the dots and dashes they hear into letters. 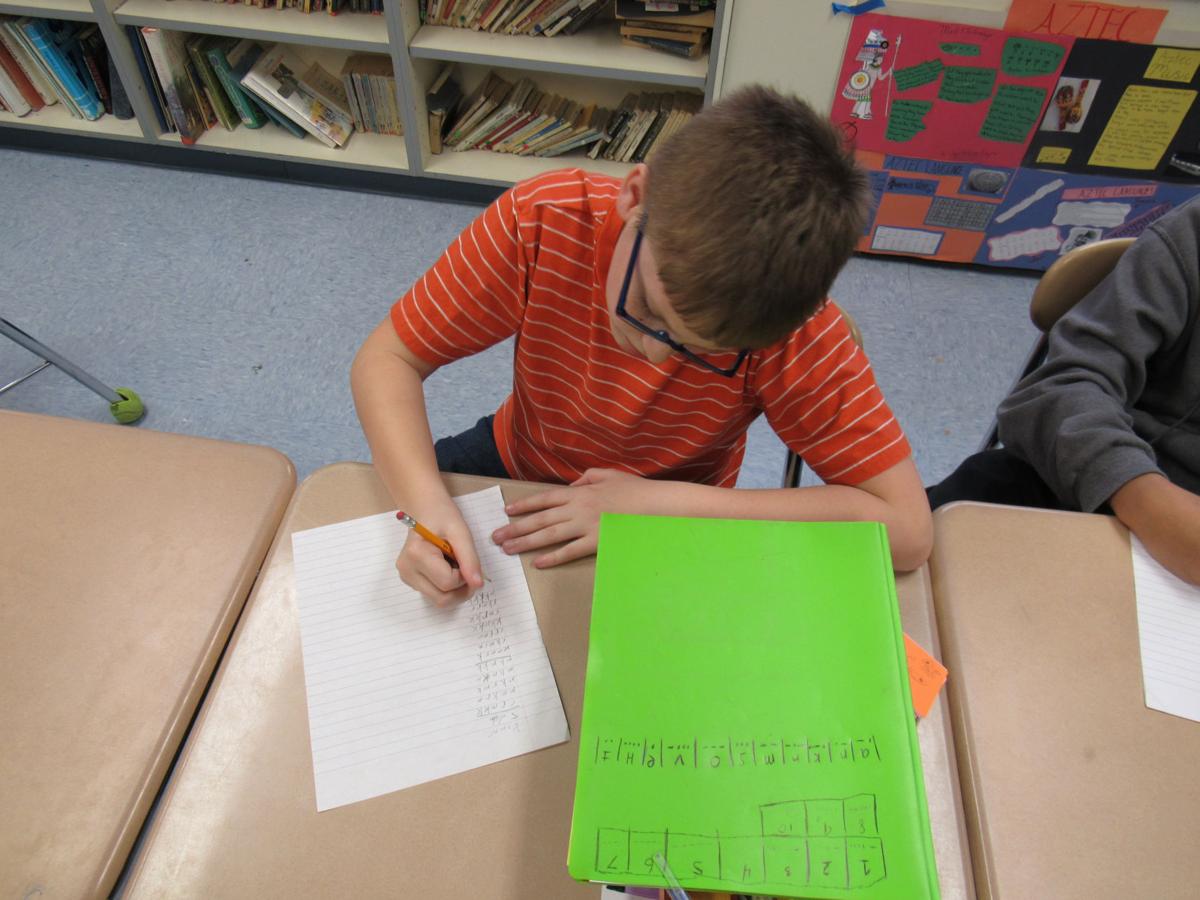 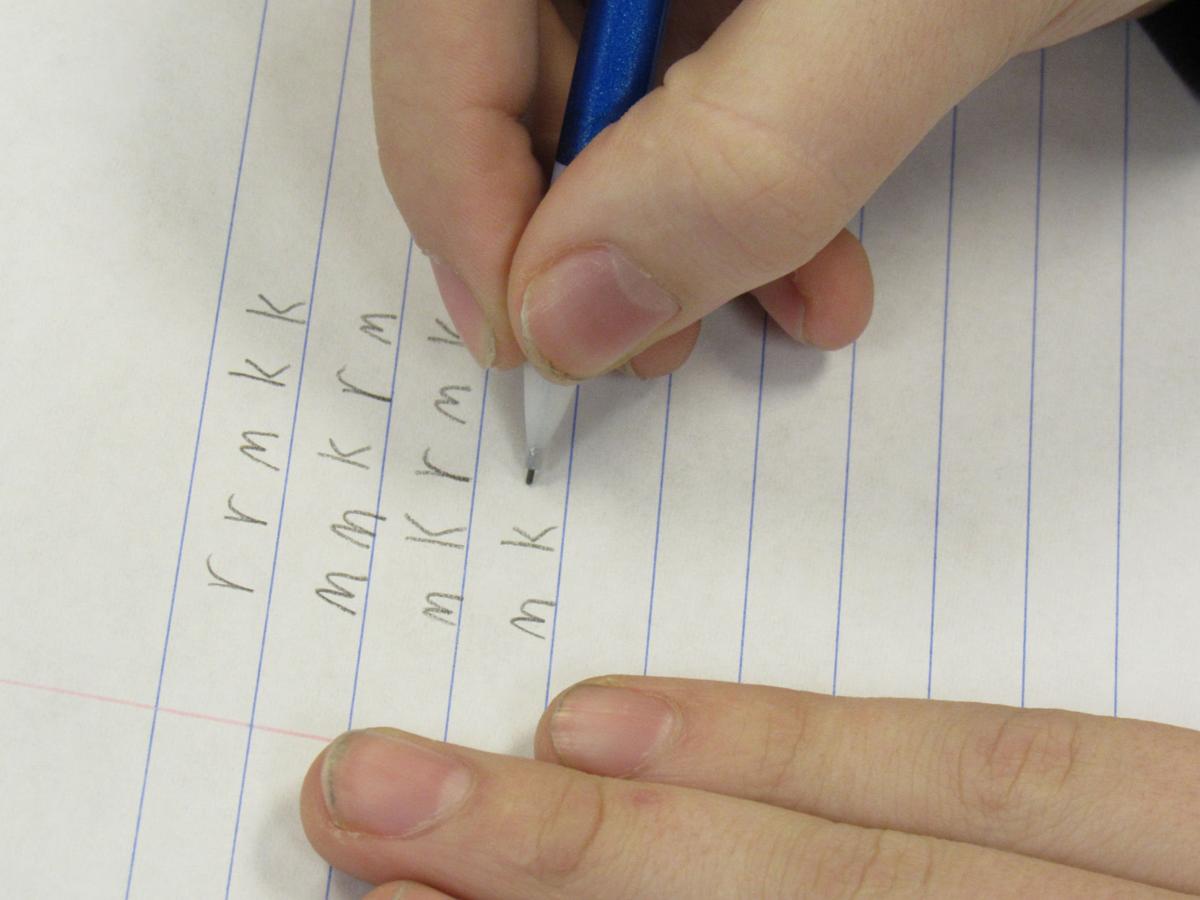 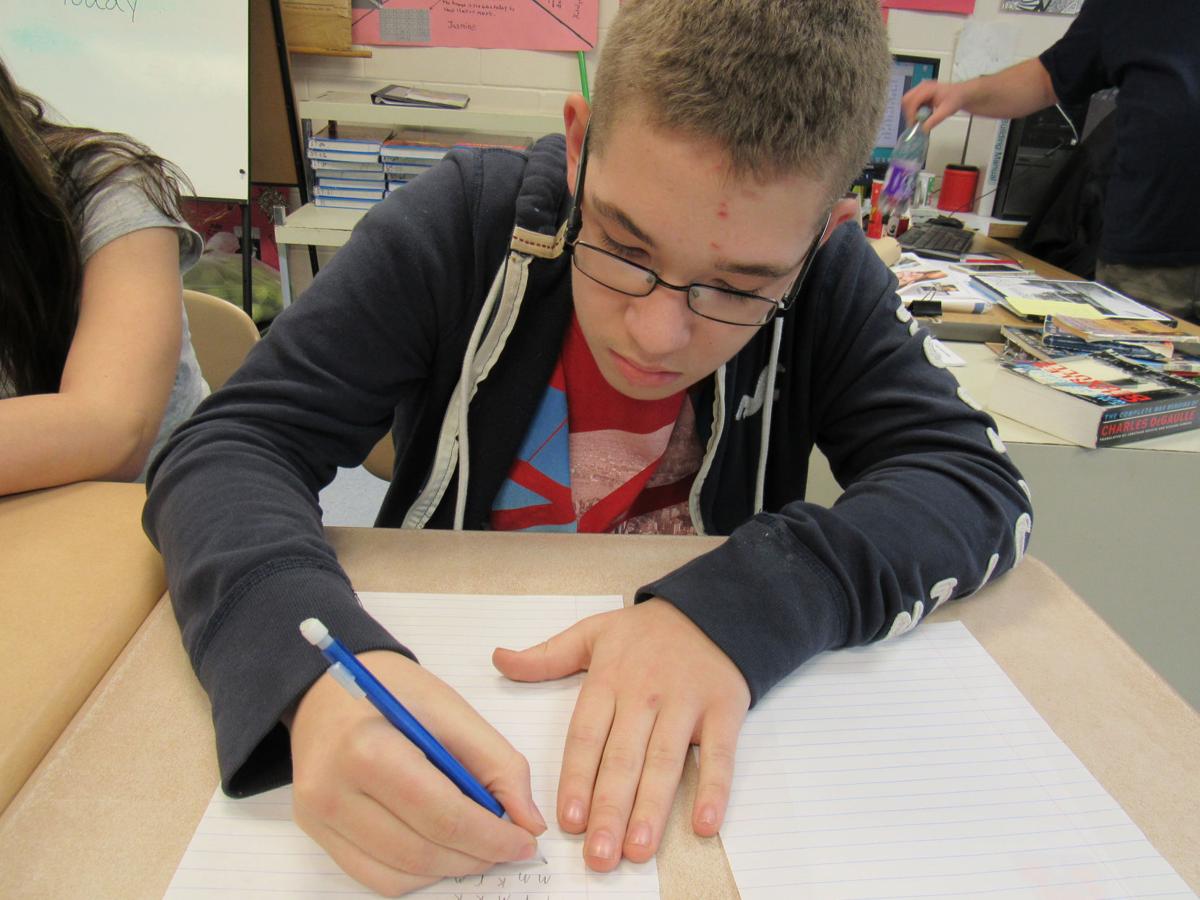 Students at J.W. Leary Junior High School, Massena, are taking advantage of an opportunity to learn Morse code and ham radio operation. Some of the students are pictured during a Morse code exercise, turning the dots and dashes they hear into letters.

Seventh-grade social studies teacher Tony Cafarella has incorporated Morse code and ham radio into his class as an after-school activity. Students with parental permission, under the supervision of Mr. Cafarella, a licensed ham radio operator, can talk to various countries and log the contact on a map, gaining a sense of geography and science. They’re also learning from scratch how to interpret the dots and dashes of Morse code.

“I’m introducing the kids to a wider world and getting them used to different things like that,” Mr. Cafarella said.

Morse code was developed in the 1830s and 1840s by Samuel Morse, who sent his first telegraph message from Washington, D.C., to Baltimore in 1844. The system assigns a set of dots and dashes to each letter of the English alphabet to allow for simple transmission of complex messages across telegraph lines.

Despite its age, it’s a new —and fun — concept for students like Connor Wells, who carries a cheat sheet of sorts as he learns how to interpret all the dots and dashes. Mr. Wells said he became intrigued after hearing about Morse from his classmate, Brenden Larue.

“You’re communicating with dots and dashes. It sounds like beeps,” he said. “I say ‘hi’ to him a lot.”

Mr. Cafarella said he started the students off with a few letters and asks them to interpret five words a minute to begin. That will be bumped up, in time, to 10 words a minute, he said.

He uses what’s called Koch’s method, developed in the 1930s by German psychologist Ludwig Koch, to teach the students. It dictates that individuals should start learning at the desired speed, but starting with only two characters. Each session is five minutes long, and whenever an individual gets 90 percent or more correct, another character is added.

“I think it improves their concentration and listening skills and exercises the right side of their brain and left side of their brain,” Mr. Cafarella said. “It’s a slow process of learning. Right now, some kids can do 10 words a minute. There’s a lot of potential for learning.”

He said there are also several smartphone apps for learning Morse code, and one student suggested incorporating smartphones into the study.

“In this scenario, students might perform a speed competition in which a given message would be sent in Morse code and via text. Who would be the first to receive the message? This might lead to a fun competition in which students can compare the speed of old and new communication modes. Of course, the operator would have to be proficient in Morse code. Can new communication modes compete with ‘antiquated’ Morse? The answer might be surprising,” he said.

Other students, meanwhile, are immersed in ham radio, another form of communication that dates back to a bygone era, stemming from the dawn of radio telegraphy in the mid- to late 1800s. The students include Ethan Firnstein, Amy Capozzi, Haili Cartin, Daniel Francis, Connor Mcpherson, Reilly Donahue, Norman Austin and Fred Anson.

“Dave suggested what a great way to make connections with geography and other areas. I had some old equipment that I brought in and the kids became very interested in it,” he said.

During their free time and as appropriate after school, while some students have been working on their Morse code, others have been sitting at the radio, talking with other ham radio operators along the eastern seaboard. The distance they can communicate is limited by the size of the antenna they’re using, according to Mr. Cafarella.

“We have developed a core group of students that are really engaged and excited about this. We have already contacted about 10 stations on the eastern seaboard of the United States. The farthest station we have made contact with was located in Florida,” he said.

When the students contact a station, they exchange postcards with the other operator. One of the cards is from as close as Norwood; another is from Michigan. Using a map on the wall, students pinpoint the stations where they’ve had contact.

“We exchange postcards (QSL cards) with some of the stations we contact. The other day we did hear a station in Spain trying to communicate with Australia. Very exciting,” Mr. Cafarella said.

He said the student radio operators are not only having fun, but they’re learning in the process. He said it promotes concentration and listening skills; electronics skills; operating ethics and codes of conduct on the air, which can be applied to other areas of life; basic geography skills; an awareness of the environment in which they live; public service in the event of emergency; patience and understanding; a better understanding of the sciences; and an openness to explore.

In addition to the Morse code and ham radio students, others who are participating in the activities include Carson Witkop, Remmington Charleson, Shakoronhioke Jacobs, Keegan O’Donnell, Nathaniel Doe and Joe Seguin.

“It is so rewarding to see students engaged in this great hobby. It truly is an interdisciplinary activity with links to many different fields of study. The students look forward to expanding their activities,” Mr. Cafarella said.

For ham radio operators who are interested in talking with the students, Mr. Cafarella’s contact ID is KC2DIS.