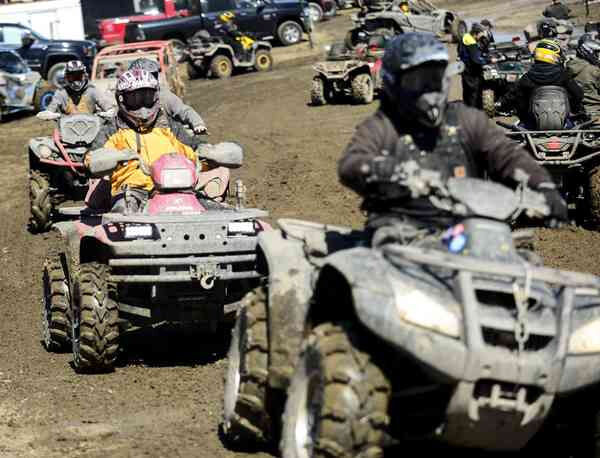 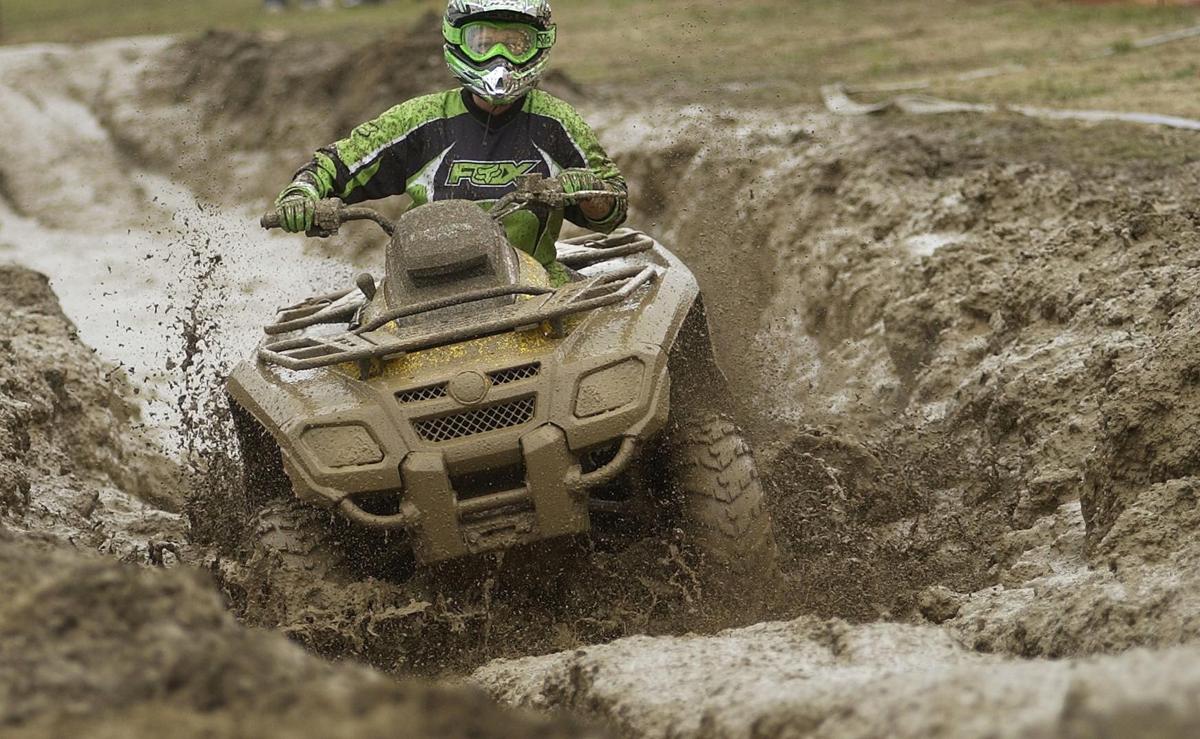 A rider slogs through the mud during an ATV event at the Flat Rock Inn in Lowville in 2015. The inn is a hub for all-terrain-vehicle enthusiasts. Watertown Daily Times 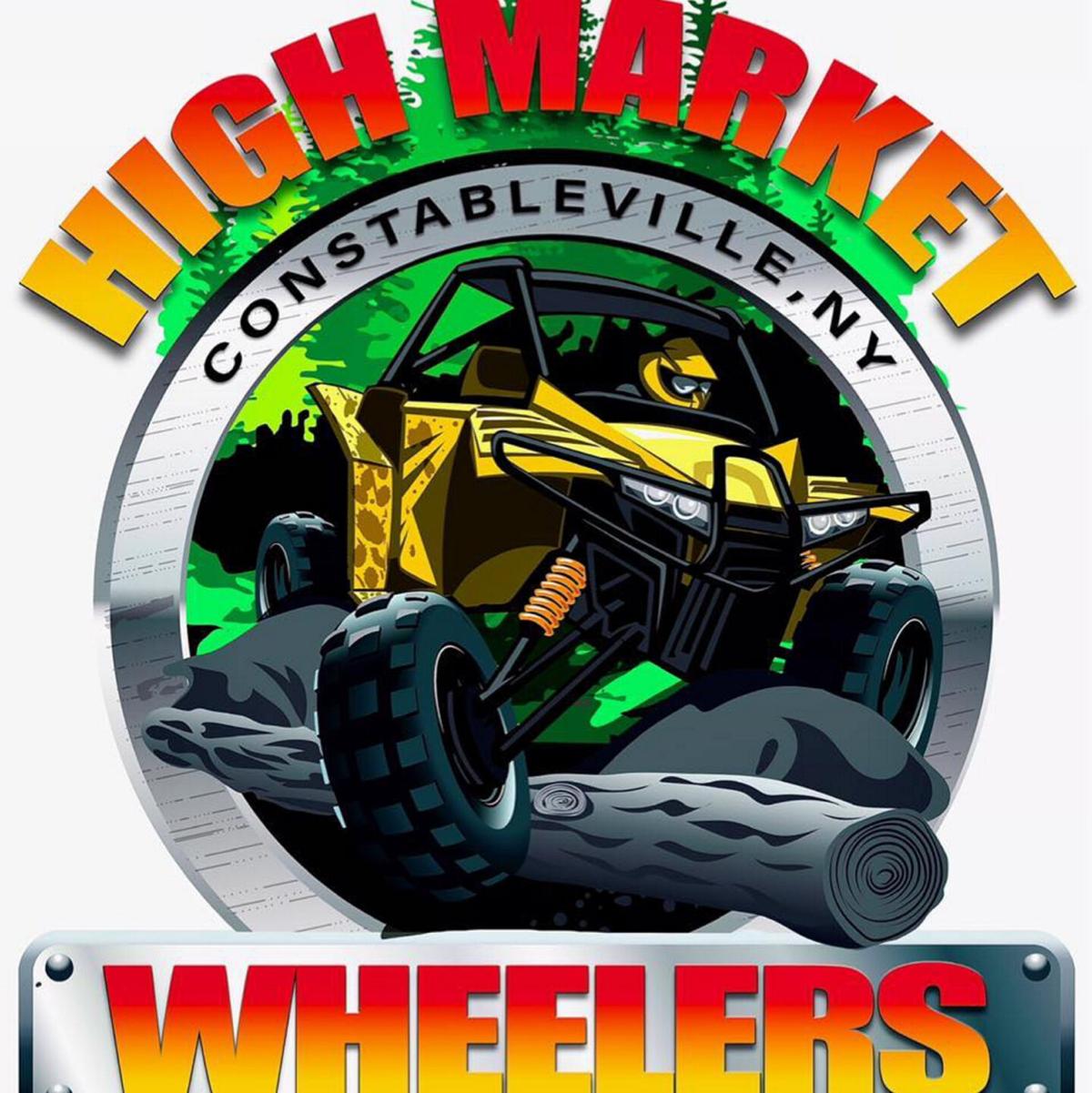 A rider slogs through the mud during an ATV event at the Flat Rock Inn in Lowville in 2015. The inn is a hub for all-terrain-vehicle enthusiasts. Watertown Daily Times

By belonging to an ATV club with an active Lewis County Trail Agreement, participants are eligible for a $20 season permit discount. In addition, club membership provides fellowship and organized events in which to participate.

A permit is required to ride off highway vehicles — dirt bikes, ATVs and side-by-sides up to 2,000 pounds — on Lewis County trails. Complete information is available online at https://www.lewiscounty.org/ohv-permit-disclaimer.

The annual Lewis County OHV — off highway vehicle — permit is $65 for the first OHV, with a $20 discount with membership in a local OHV Club with an active Trail Agreement Club membership.

Any additional OHV permits registered to the same household are $20 per OHV. Copies of insurance must be uploaded to prove same address. Visit https://form.jotform.com/210734116434144 to obtain a permit.

Lewis County implemented the permit system as a means of paying for the cost of establishing and maintaining the trail system, which includes county reforestation lands and private land-owner trails.

In obtaining a trail permit, the rider agrees to wear a helmet, have the required registration and liability insurance needed. The rider attests they are physically fit and possess strength to participate in the sport of trail riding and will not participate in the sport while under the influence of drugs or alcohol. In addition, they agree to only ride on trails designated by Lewis County. The riders also agree to assume the risk of any personal injuries while using the trail system.

Permit holders and trail users are advised to comply with any and all NYS COVID-19 executive orders/mandates.

According to its website, the Highmarket Wheelers was formed by people in the Tug Hill region to ride ATVs and have fun. In 1998, members decided to make the group official and the Highmarket Wheelers ATV Club Inc. was incorporated. Their goal was to ride safe, open roads/trails in order to help the community and local businesses grow.

The club maintains trails in the towns of Turin and West Turin and also have access to hundreds of miles of trails and open roads. This trail system connects to the Lewis County Trail Permit System.

The club has more than 400 members some of whom hail from Pennsylvania, New Jersey, Massachusetts, Maryland, Delaware, Vermont, Connecticut and else where in New York state.

The club welcomes new members with annual fee for single and family memberships at $15.

For more information visit the club’s website at https://highmarketatv.com/, find them on Facebook or email at highmarketwheelers@yahoo.com.

The Black River Valley Four Wheeler Club, based in the Glenfield-Brantingham area, was resurrected in 2018 after many years of being dormant. Since that time, membership has grown yearly, according to club president Neil Pepper. The club had 406 members at the end of 2020 and recently surpassed 1,000 Facebook followers.

The club’s mission is “to ride” and fulfills that mission by riding locally twice a week while making time for trail maintenance usually on Mondays.

Members have few trips outside the area in the past years to include visiting Canada and New Hampshire. Once the border is reopened they hope to schedule another Canada trip as well as a trip to Northern Maine. Alternative destinations being considered are Pennsylvania and Hatfield and McCoy in West Virginia.

Meetings are held the first Saturday of the month at 9 a.m. from April through October. The meeting location is announced each month on Facebook and via email. The club’s next meeting is at 9 a.m. today at the Brantingham Inn, 7791 Brantingham Road, Brantingham.

Annual membership is $10 which entitles the rider to a $20 discount on a Lewis County Trail Permit.

According to the club’s website, “Their values then and now are still the same as they raise money with various functions and donate to many charities. They were the first ATV club to become a member of Carthage Chamber of Commerce. They have won numerous awards and have been noticed in local newspapers for their continued support of ATVing, ATV safety community volunteering, and donations.”

When weather permits — usually starting in May — rides are scheduled for every other Sunday.

The club meets at 6 p.m. the last Thursday of every month at Tuggers in Barnes Corners with new goals in support of ATV riding. The meetings are open to any interested person. Annual membership for single or family is $10.

For more information about the club, visit the Facebook page Black River Valley Riders of Carthage or email atvfriends@hotmail.com or call club president Lee Bach at 315-296-7143.

Adirondack ATV Rider’s Club Inc., 35 Vrooman Road, Harrisville, is a family-oriented club that promotes and encourages safe riding for everyone.

The club is located on 230 acres that houses a clubhouse, a 300 feet ATV drag track, small dirt bike and wheeler friendly MX track, and a small mud bog for members to utilize and compete on. There is a one-mile trail leading from the clubhouse to legal road in St. Lawrence County.

For more information, visit the club’s Facebook page at www.facebook.com/AdirondackAtvRidersClubInc/.

Northern Oneida County ATV Club, which covers the Boonville area, was founded in 2003 and was reactivated in 2007, is a member of the Lewis County ATV Trail System, Boonville Chamber of Commerce and New York State Off-Highway Recreational Vehicle Association (Region 6).

The family-oriented club meets at 6:30 p.m. on the fourth Wednesday of each month from February through October at the Harland J. Hennessey Veterans of Foreign Wars Post 5538, 108 Park Avenue, Boonville. Annual membership is $20 for a single or family.

The club’s trails are a closed system of mostly wooded trails, east of the village of Boonville, of which about 10 miles are maintained but off shoot trails are passable to explore.

“Our mission shall be to create a statewide forum of open communication with ATV enthusiasts, other ATV clubs and the public. This partnership will help us to raise the public image of the sport, as well as establish a state-wide trail system and open new riding areas,” states the club’s website, https://nocatvclub.com/index.php.

For more information on the club email nocatvclub@gmail.com.

The association, which works in conjunction with Lewis County and the Lewis County Chamber of Commerce, encourages clubs and individuals to join. Besides advocacy for making ATV riding a safe enjoyable sport, the association provides events, guided rides and a newsletter. Memberships are $10 for a single or family membership or $200 for a club membership.