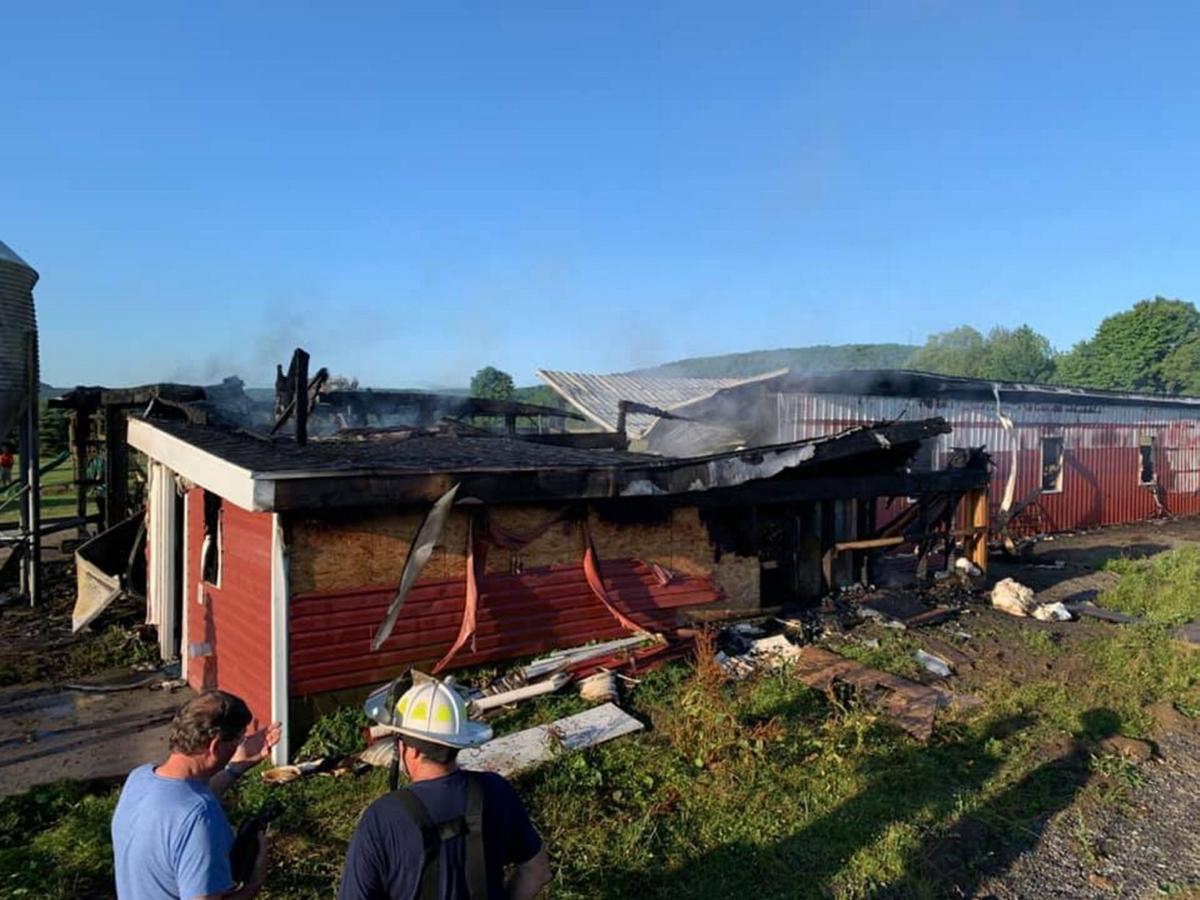 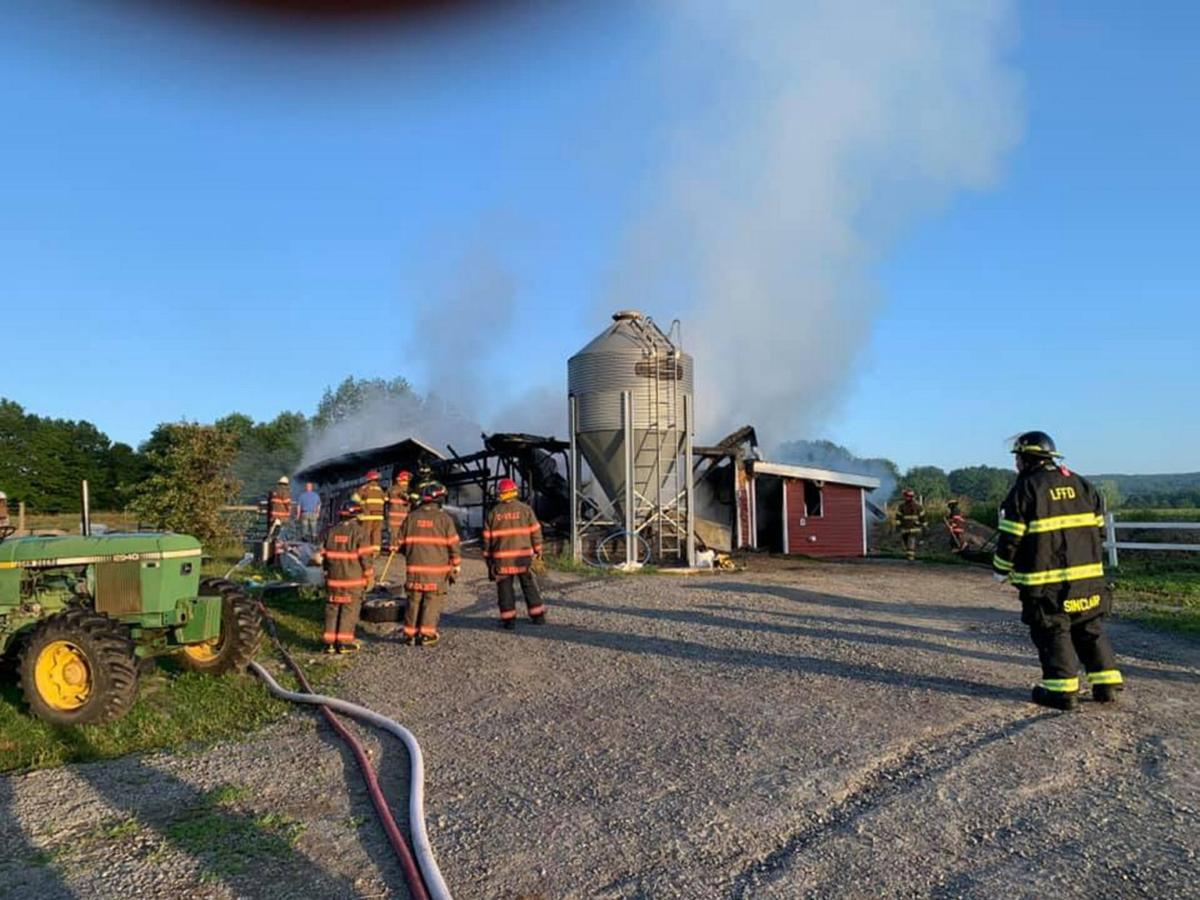 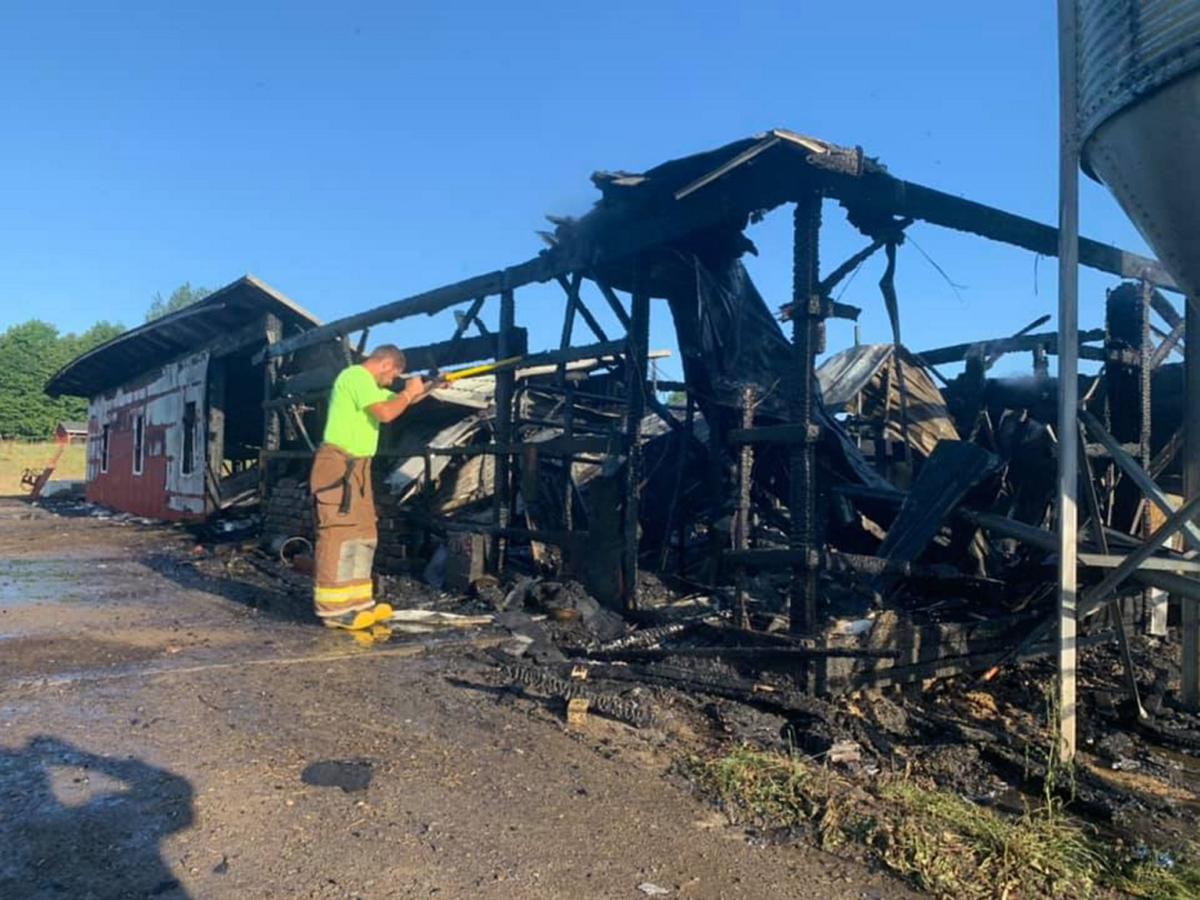 The cause of a barn fire on West Road, Constableville, is under investigation. Photo submitted

The cause of a barn fire on West Road, Constableville, is under investigation. Photo submitted

CONSTABLEVILLE — Despite the best efforts by several fire departments, a cattle barn at 2967 West Road was destroyed by fire Tuesday morning.

Constableville Volunteer Fire and Ambulance were dispatched to the fully involved barn fire just before 6 a.m.

“Constableville had a quick response, but the barn was already destroyed on their arrival,” states the Lewis County fire report. “A water fill site was established and tanker relay was used to bring water to this scene.”

According the fire department’s Facebook posting, 29 members responded and with mutual aid were able to get the fire knocked down in less than an hour.

The insured building, owned by Justin Hill, and its contents were destroyed but no animals were lost.