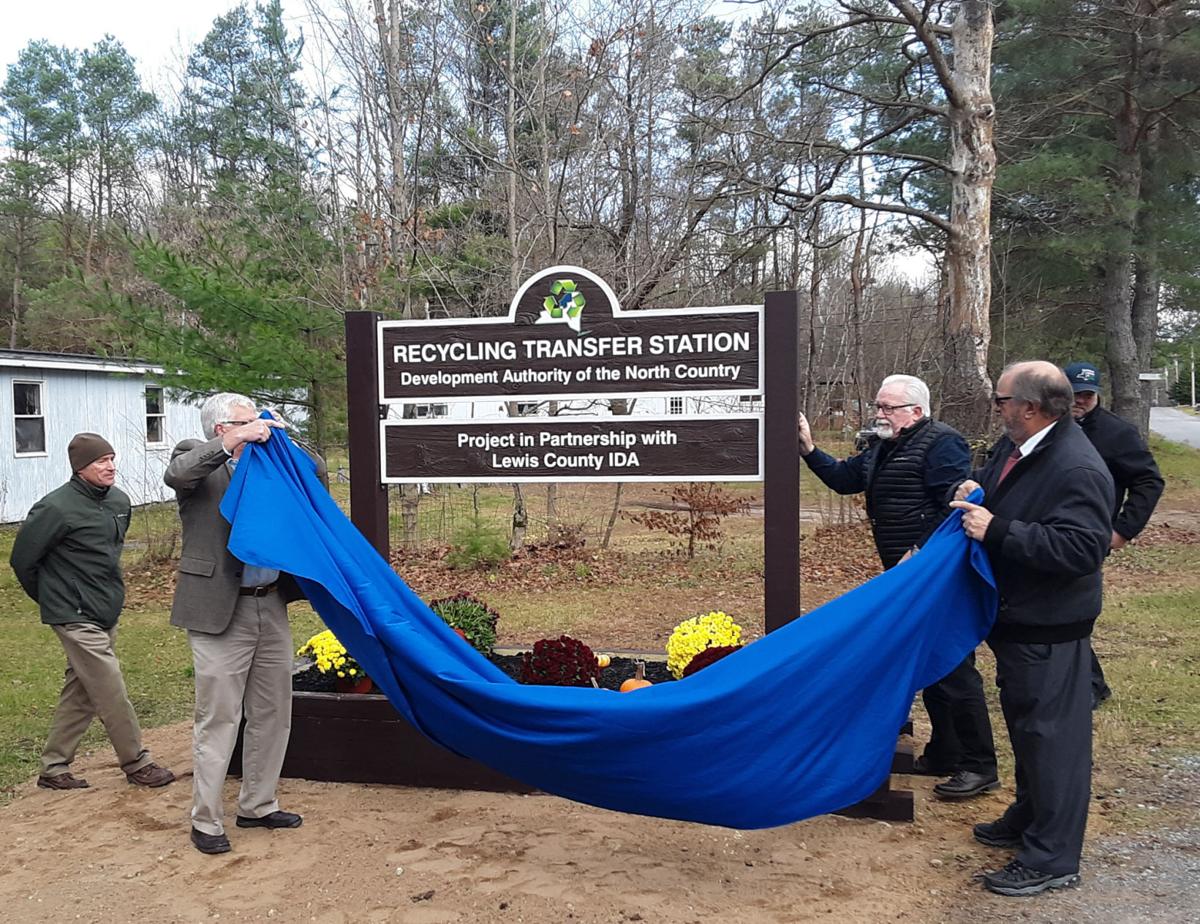 The Development Authority of the North Country unveiled the sign marking its new recycling transfer station, 8023 Washington St., Harrisville, in an early opening ceremony Wednesday. The facility is expected to become operational between January and spring. Julie Abbass/Watertown Daily Times 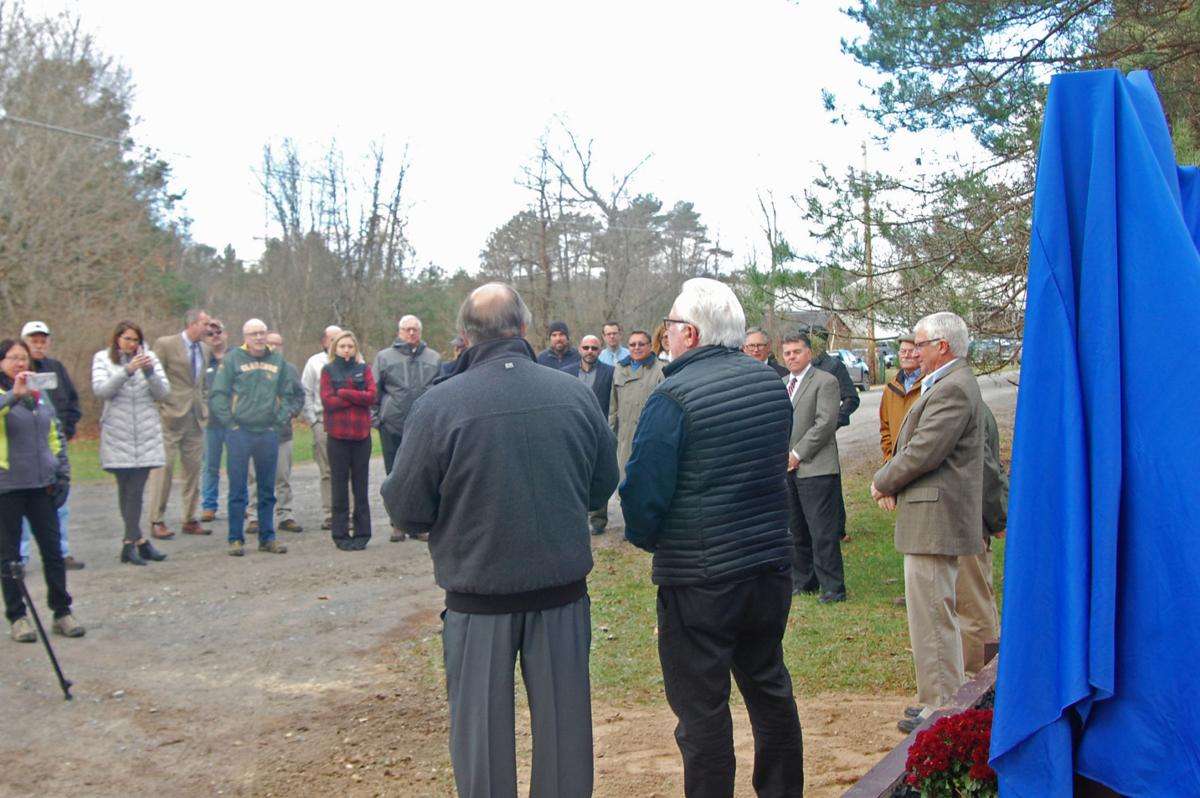 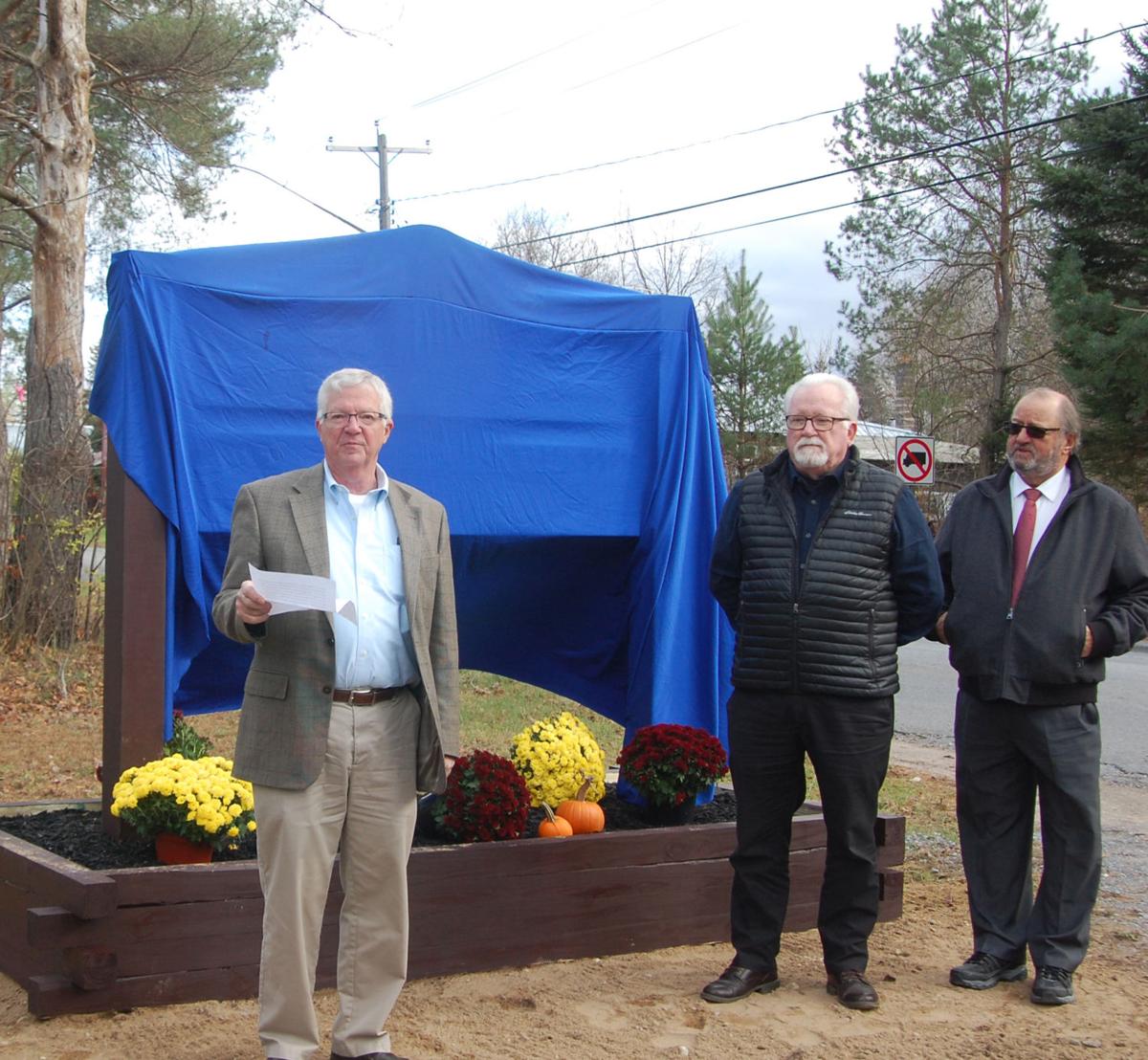 The Development Authority of the North Country unveiled the sign marking its new recycling transfer station, 8023 Washington St., Harrisville, in an early opening ceremony Wednesday. The facility is expected to become operational between January and spring. Julie Abbass/Watertown Daily Times

HARRISVILLE — The Development Authority of the North Country’s new recycling transfer station continues to move forward and is now easily identified with a new sign.

A ceremony and reception was held on Wednesday morning to unveil the sign and open the wooden facility gates to officials from the tri-county area.

The concept behind the station, according to DANC Executive Director James W. Wright, is to have recyclables from St. Lawrence, Lewis and Jefferson counties brought to the center to be compacted, loaded on trucks and hauled to single-stream recycling facilities in the Utica and Syracuse areas for processing.

Although the facility is available for all three counties, only St. Lawrence and Lewis counties will be taking DANC up on the service at first.

Jefferson County Board of Legislators Chairman Scott A. Gray said in an interview after the ceremony that because his county residents separate their own recyclables instead of single stream and their program continues to at least break even, using the new station doesn’t make sense at this time.

For St. Lawrence and Lewis counties, both of which have already gone single stream, trucking their recyclable materials to DANC’s station will cut down on transportation costs to the counties.

While the facility won’t be operational until “sometime between January and spring” after the heavy equipment needed to weigh, compact and prepare recyclables to be trucked to a processing center has been installed, there is still a substantial list of upgrades and renovations that need to be done to the property and buildings as well.

Mr. Wright told attendees in his speech that although the taxing jurisdictions will lose the property from the tax rolls with DANC as the owner, they are doing what they can to mitigate the impact.

“The authority does not pay property taxes so there has been a loss to the town and school districts and others, but in turn, our commitment has been that we will spend locally,” Mr. Wright said, “The three employees are all local residents, the business that we’re doing whether it’s local hardware stores or local contractors, that’s our focus so that we can bring economic benefit to the town of Diana.”

In June, the Lewis County Industrial Development Agency purchased the 40.9-acre property at 8023 Washington St. for $350,000, the majority of which went for back taxes, with the understanding that DANC would buy it for “about the same amount,” IDA Executive Director Eric Virkler said, which has since happened.

The property, formerly known as Harrisville Dry Kilns, had been vacant since 2013.