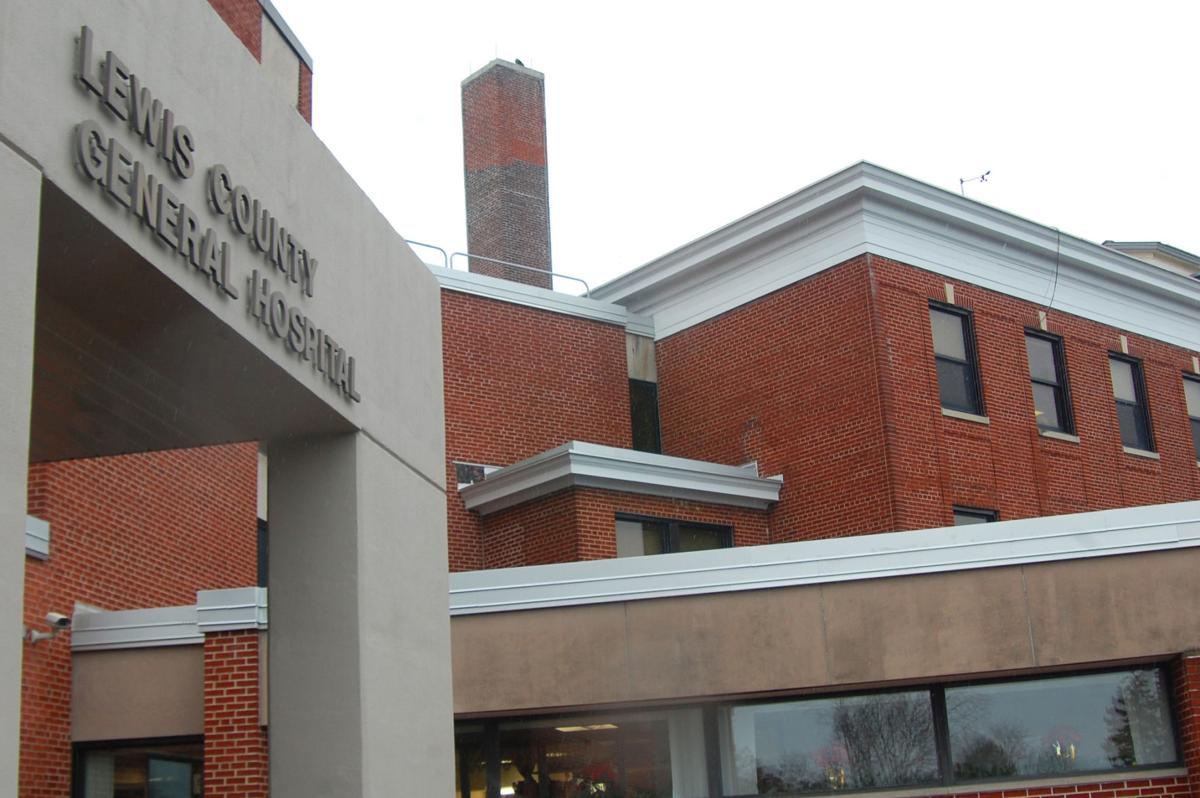 The Lewis County General Hospital’s sign remains the same but the name change to Lewis County Healthcare System was just one of the many 2019 events for the organization. A major re-branding will take place in 2020, according to Chief Executive Officer Gerald R. Cayer. Julie Abbass/Watertown Daily Times 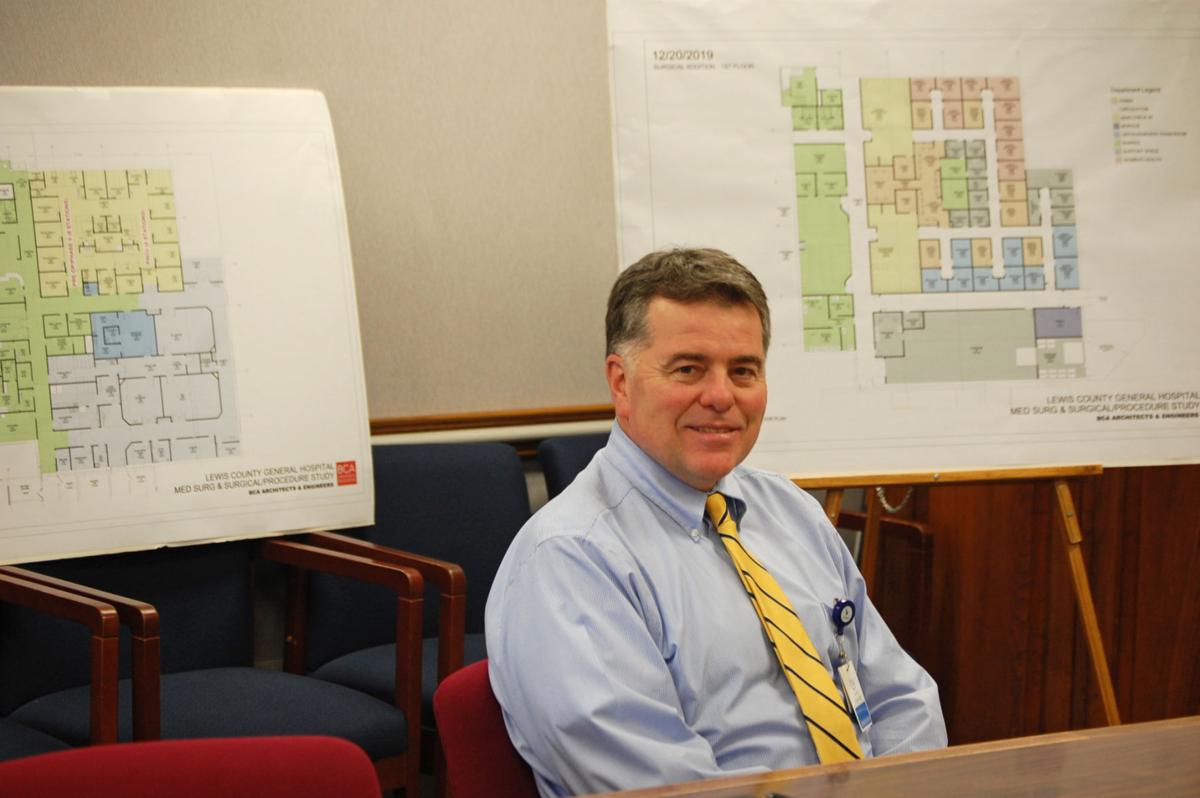 The Lewis County General Hospital’s sign remains the same but the name change to Lewis County Healthcare System was just one of the many 2019 events for the organization. A major re-branding will take place in 2020, according to Chief Executive Officer Gerald R. Cayer. Julie Abbass/Watertown Daily Times

Staffing, from nursing assistants to practical and registered nurses through the technician gamut to specialist doctors and surgeons, has been a major focus throughout 2019 and will continue to be in the new year, Mr. Cayer said.

In November 2018, Mr. Cayer and the board made the decision to decrease the occupancy of the nursing home in the healthcare system’s North State Street main campus, which had been at or nearly at 100 percent, down to about 89 percent, or 142 out of 160 possible residents due to staffing challenges, especially at the certified nursing assistant level.

“We didn’t have enough of a bench,” Mr. Cayer said.

The biggest challenge was having people show up to work, but since that time, Mr. Cayer said the administration has been working with the local CSEA union so they are no longer having to deal with the excessive call-outs.

The occupancy rate for the residential facility is now at 90 percent and ranges up to 95 percent.

The Healthcare System team continues working to attract people to the hospital’s free CNA training, offering graduates of those courses incentives for joining the staff with potential for assistance in future training and growth in their nursing careers.

Mr. Cayer said about 50 percent of the people who complete the CNA training take positions at the facility. Many of those that don’t take a job realize it isn’t the right kind of work for them, he said.

The hospital has also been working with BOCES and Jefferson Community College to bump up training options, bringing some of those options locally to the Lewis County JCC Education Center, which resulted in Allied Health clinical medical assistant, pharmacy technician and phlebotomy technician pre-certification programs being offered.

“I think we will begin to be challenged with, ‘Is there enough population to fill our staffing needs,” Mr. Cayer said, especially in the face of a number of upcoming retirements.

It’s an issue they are already discussing, including potentially offering positions to people before they graduate from their programs.

“This isn’t new to healthcare, but it is new to the Lewis County Healthcare System. If we don’t do something, we’re just not going to have the individuals we need,” Mr. Cayer said.

The organization will also continue to work on recruiting and retaining quality healthcare providers in 2020, he said, especially primary care physicians now that the surgical and orthopedic groups are stable and progress has been made in finding practitioners for obstetrics and anesthesia.

The name change to Healthcare System from General Hospital in 2019 was primarily because there are now five community clinics, adult day care, certified home health, hospice, the residential facility, a family practice clinic, internal medicine and the women’s health services clinic beyond the basic hospital and emergency room services.

Two of the community clinics experienced changes that will, in one case, continue into 2020.

The Copenhagen Health Center was closed in May when the state Department of Health notified the hospital that the clinic had not been properly licensed since 2006.

As a result, Mr. Cayer and the board came up with a plan to renovate the center building to bring it up to the proper standards and change how the clinic will run.

“It’s exciting. We have been rethinking the model to move from a two day per week model to a four day week and working with the Department of Health to correct a mistake from 2005,” Mr. Cayer said.

The clinic’s design has been submitted to the state for approval after which the project will go out for bids.

The sudden departure of the longtime nurse practitioner at the Harrisville Health Center received some push-back from the community, however, under the care of Dr. R. Brian Shambo, the medical service level “is outstanding,” Mr. Cayer said, and the situation has resolved.

Other notable changes in 2019 were the addition of the helicopter landing zone on the main campus and the completion of the strategic planning process that began early in the year.

“In thinking about the past year, to have made time for strategic planning was incredibly important,” Mr. Cayer said, “We’ve outlined key areas of focus which helps us move to a disciplined approach, not just reactionary work.”

On a personal level, Mr. Cayer made the time this past year to engage more with patients and residents.

“I have really enjoyed that,” he said, “They will tell you what works well, what doesn’t work well. It reminds me of why we do what we do.”

He also was able to meet with the staffs of each department twice this year, which garnered some great ideas.

“In the beginning, at the meetings in the first half of the year, the people were quiet but in the second half, it was better. There’s been great feedback. Some of it was used in the capital project.”

The capital project itself which will provide a new surgical pavilion and update and expand the in-patient floor. Initiated in 2019, the project will continue to be a focal point for 2020.

Mr. Cayer said the design phase of the project is nearing completion after which the state approval process will begin. He is hopeful that construction may begin by late Spring.

Some new ideas for 2020 are still incubating, Mr. Cayer said, and relate to “initiatives to enhance patient and resident experiences.”