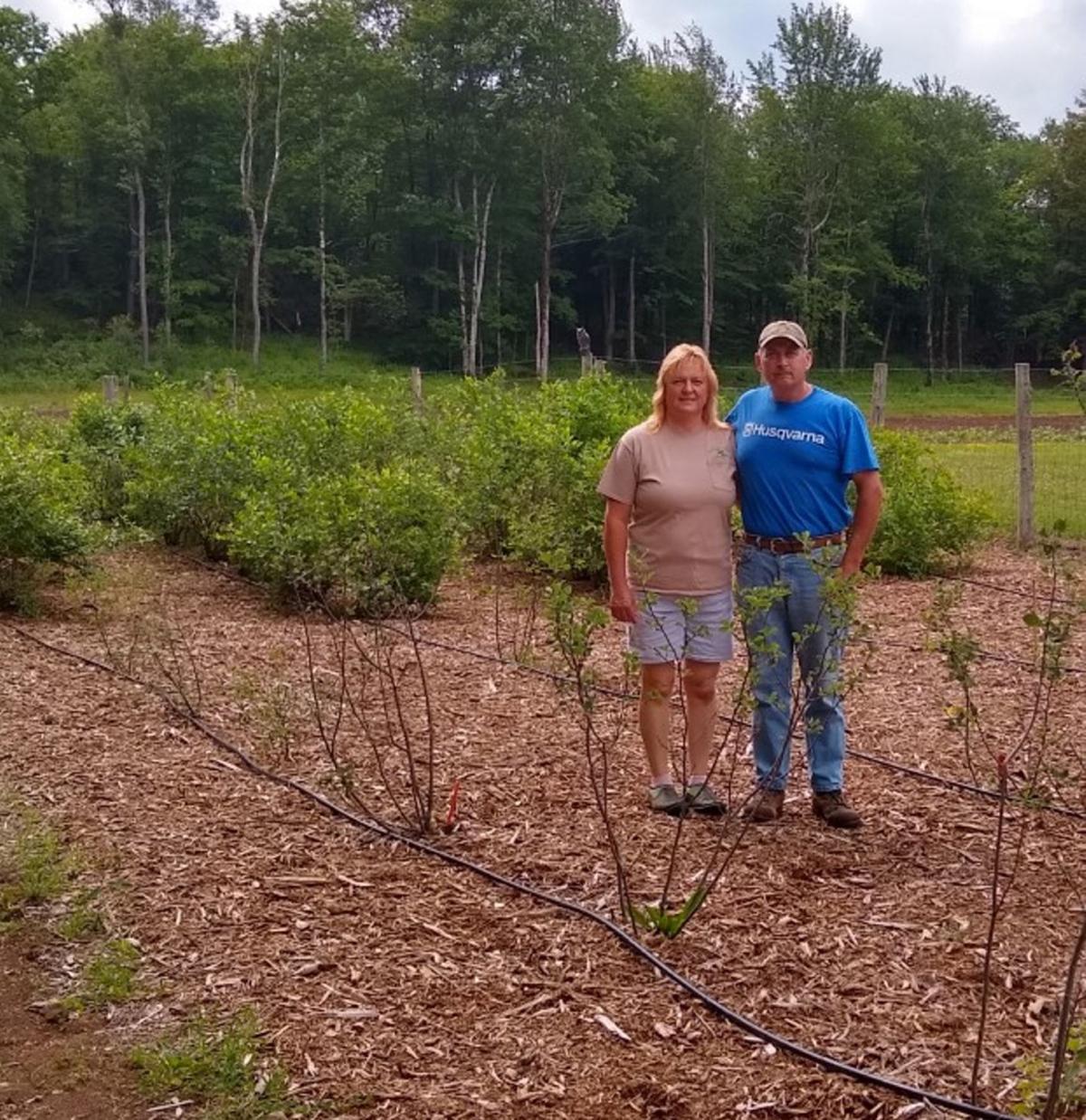 Dorothy and Andrew Kramer of Cedar Knoll Farm, Harrisville, have planted juneberry and honeyberry plants as part of a research project. Photo submitted

Dorothy and Andrew Kramer of Cedar Knoll Farm, Harrisville, have planted juneberry and honeyberry plants as part of a research project. Photo submitted

According to the program, these fruit crops represent significant income potential from fresh market and value-added sales in New York state. They are northern climate-tolerant and have proven to be consumer-friendly in other areas of the U.S. and globally. The funded on-farm trials of the three fruits are evaluating how well they adapt to and thrive under New York growing conditions.

The Kramers, who have operated the Route 3 farm for 11 years, planted a dozen each of the juneberry and honeyberry plants in 2019 as part of the research for “Establishing New Commercial Fruit Crops for Northern NY” report.

Mr. Kramer said he is participating in the research program to broaden his horizons.

“I like trying new things — I may add it as a crop down the road,” the farmer said, noting the juneberry is similar to blueberries that he grows. He said the plant is native to Canada where it is called saskatoon. He also grows a variety of vegetables including garlic, corn, squash and tomatoes; herbs and apples.

Since the plant takes a few years to mature, he said this year he probably will have a very small yield.

He added he was thankful to be part of the research offered through Cornell Cooperative extension since the agency has provided him with so much educational material and support.

“We’ve mulched around the plants and been watering,” Mr. Kramer said. “We are giving the best care we can and hopefully will be successful.”

Juneberry is a blueberry-like fruit rich in calcium, fiber, iron, manganese and protein, according to a press release from the agricultural program.

“In 2013, when the NNYADP provided funding to establish a Juneberry nursery of commercially-available and wild-collected varieties at the Willsboro Research Farm, at Willsboro, New York, this historically-significant fruit was considered a New York State endangered species,” the release explains.

Honeyberry, a member of the honeysuckle family, and aronia berry, of the rose family, were added to the fruit project in 2018, with trials planted at the Willsboro farm and on regional farms.

“Honeyberry, referred to by the Japanese as ‘the elixir of longevity,’ has seen a surge in public interest with the development of varieties adapted to a cooler climate, and offers New York growers an exciting new specialty fruit for fresh market sales,” Mr. Davis said.

Another source for haskaps (honeyberries), Aronia and Juneberries is St. Lawrence Nurseries just outside of Potsdam. They are a tremendous asset in this area for all kinds of cold weather fruits and berries. Their roots (pardon the pun) goes back a long ways and are known throughout the US and Canada. Connor Hardiman and his wife now own and operate it. People this is an invaluable resource to get started on permaculture.