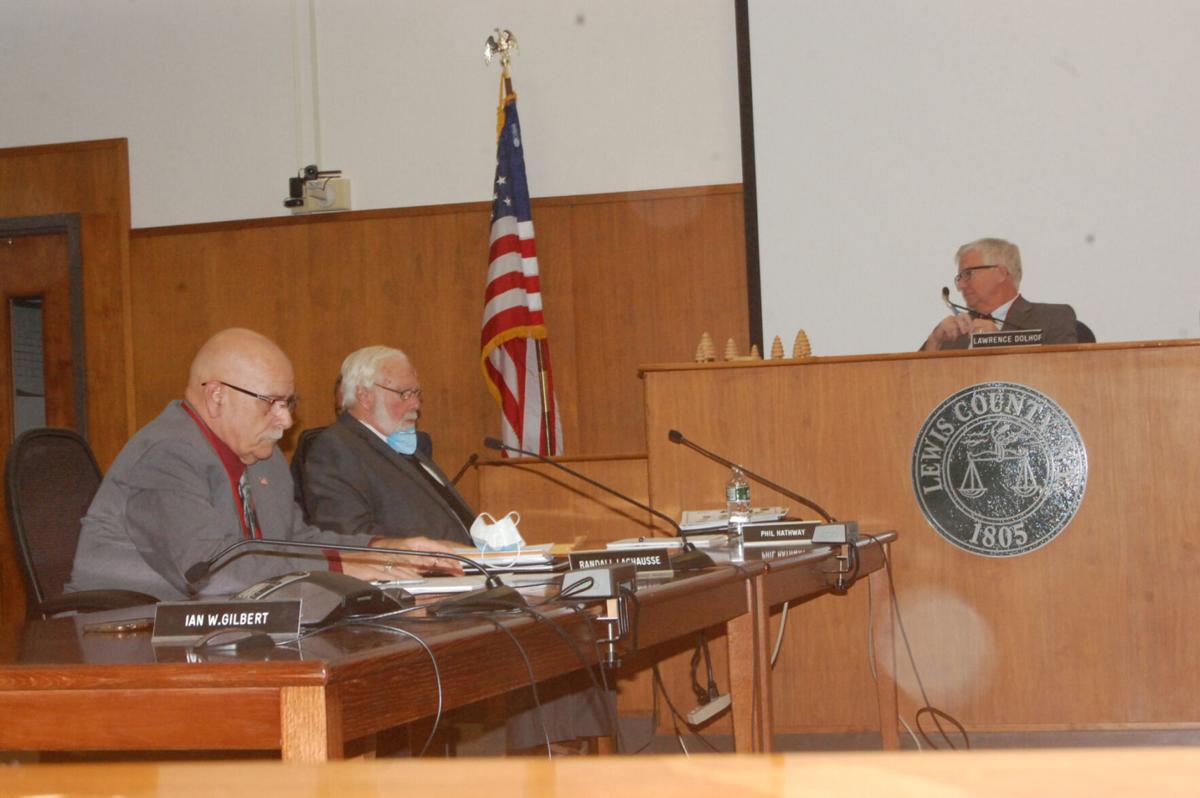 Randall LaChausse, left, listens as his letter of resignation is read at one of his last Lewis County Legislature meetings. Elaine.M. Avallone/Johnson Newspapers 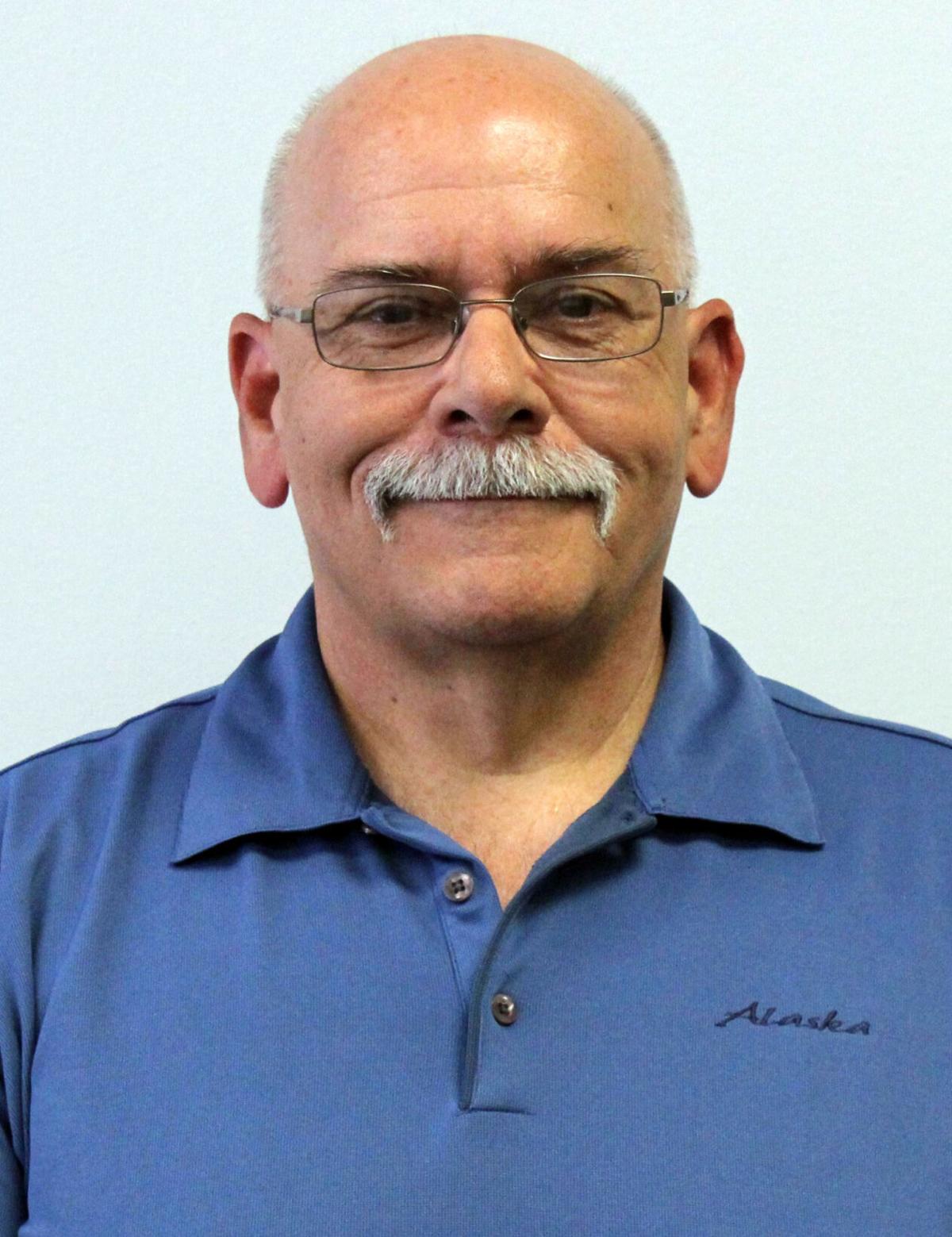 Randall LaChausse, left, listens as his letter of resignation is read at one of his last Lewis County Legislature meetings. Elaine.M. Avallone/Johnson Newspapers

In his resignation letter read during the Board of Legislators meeting Nov. 2, Mr. LaChausse stated he is resigning due to residency requirement since he and his wife, Janice, are moving to Cattaraugus County to be near family. He will remain active up until his resignation is official and plans to attend the Nov. 19 budget hearing and vote. Mr. LaChausse said he has lived in Croghan all of his life and considers it his home. Therefore he plans to return for visits.

Mr. LaChausse said his wife, who retired from her position as a research scientist at Interface Solutions in Lynsdale, was “ready to move.”

“I will miss the people of Lewis County, the county employees and family,” he said, noting the only time he left the county was when he went to college.

He noted he won’t miss the weather since he is “moving from one snowbelt to another.”

“We have accomplished a lot and we appreciate your service,” he said.

County Manager Ryan Piche said Mr. LaChausse has been an effective legislator, a good friend, and a good public servant.

“We will certainly miss Randy’s insight on the board, but we wish him and Janice all the best as they begin the next chapter of their lives in Cattaraugus County,” the county manager said. “Lewis County’s loss is certainly their gain.”

Mr. LaChausse was elected to the Legislature in 2017 and began his first term in 2018 after an unsuccessful bid in 2015.

The Independent Party member challenged Legislature Chairman Michael A. Tabolt, R-Croghan, losing 366-338, in a race that came down to absentee ballots.

He said he threw his hat in the ring because he “wanted to try to make a difference in the county.”

“The board was not doing its due diligence and I’m the type of person to step up,” he said.

He said he was proud to have been elected as a member of the Independent Party.

Besides representing District 2, which encompasses the southern end of the town of Croghan, the hamlet of Beaver Falls and the village of Castorland, he was named Chairman of the Legislature’s Health and Human Services Committee this year.

“He earned a reputation as an efficient and professional chairman, moving through the agenda efficiently and making sure all voices were heard,” Mr. Piche said. “Randy was also appointed chairman of the Ad Hoc Legislative Committee for Management and Exempt Employee Compensation. Again, proving adept at wielding the chairman’s gavel, the committee produced a comprehensive policy addressing compensation for management and exempt employees, settling many issues that had long-plagued county administration.”

The county manager pointed out the legislator recognized the economic importance of Fort Drum in the north country.

“He was heavily involved in military issues,” said Mr. Piche. “In 2019, Randy traveled to Washington, D.C., with a group from Advocate Drum to lobby on behalf of Fort Drum issues, and accept the north country’s award as a ‘Great American Defense Community.’ Randy was ever-present at Fort Drum events and built personal relationships with many of the high command, who he still keeps in touch with today.”

He counts among his accomplishments while on the board, the implementation of installment plans for paying county taxes and the construction of the Jefferson Community College extension in Lewis County.

“I tried to represent the county to best of my ability,” Mr. LaChausse said. “It has been fulfilling. I tried to look at things before responding. I tried to be fair and have an open mind.”

He advises his successor to “listen, do your homework, listen more and don’t be forced into a quick decision.”

The board has not yet selected a replacement who will fill the remainder of Mr. LaChausse’s term. The appointee will have to run in 2021 to remain in the District 2 seat.

“As a legislator, Randy was a fierce advocate for what he thought was right,” Mr. Piche said. “Randy was always prepared for legislative meetings, and always read the resolution material prior to the meetings. His vote could always be counted on to reflect his feelings on the issue. Randy was unaffected by partisan politics and was always focused on doing what he believed was right for the community. Randy was a good-natured legislator; he spoke his mind but moved on once the votes had been cast. He has an excellent sense of humor and often brought levity to the board’s proceedings.”

Last year Mr. LaChausse retired after 21 years at Essenlohr Motors, Lowville, where he spearheaded the Toys for Tots program. He has been active in the community as a member of the Croghan Lions Club for more than 20 years and Sons of the American Legion, past president of the Northern Tier Trap League and an active member of the Beaver River Fish and Game Club.

As for retirement plans he may eventually return to politics. He plans to volunteer, maybe with Office for the Aging, Meals on Wheels or some other community involvement but not paid work. The LaChausses also plan to travel, possibly driving to Alaska and touring the Midwest.