If you have an existing six-day print subscription to the Watertown Daily Times, please make sure your email address on file matches your NNY360 account email. You can sign up or manage your print subscription using the options below.

Don't hesitate! Start your digital-only membership today and not only receive full access to our premier news website NNY360.com but also to the NNY360 mobile app, and the Watertown Daily Times eEdition! 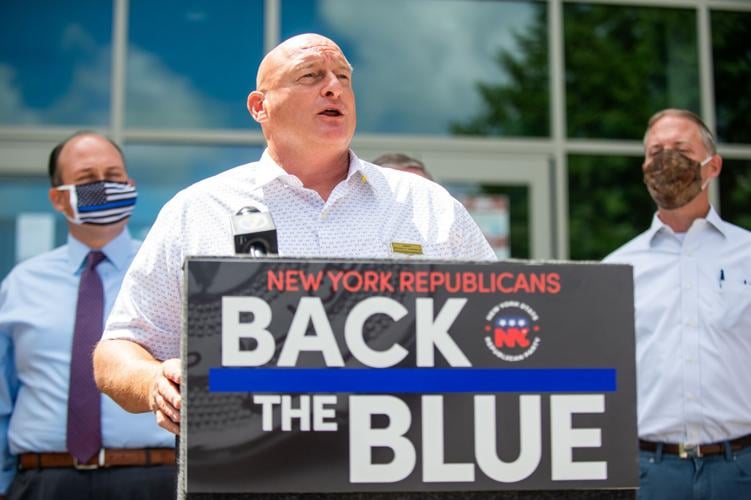 Lewis County Sheriff Michael Carpinelli speaks at a Back the Blue news conference in August 2020 in front of the Jefferson County Court building in Watertown. Watertown Daily Times 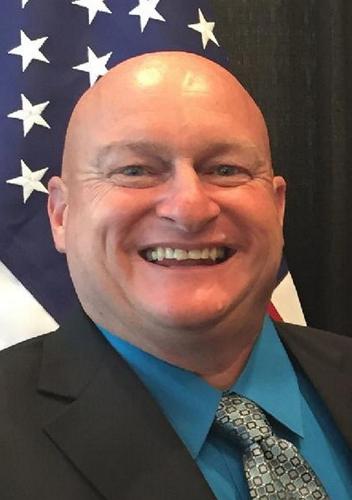 Lewis County Sheriff Michael Carpinelli speaks at a Back the Blue news conference in August 2020 in front of the Jefferson County Court building in Watertown. Watertown Daily Times

LOWVILLE — After a rough year, family support and love for the work have led Lewis County Sheriff Michael P. Carpinelli to announce he will be seeking his fourth term in office in November.

Between his grassroots campaign to run for governor and the need to end the campaign for a lack of petition signatures, Mr. Carpinelli’s wife lost two close family members in 29 days when there was little time to grieve.

After the “kick in the heart” that was the unexpected death of his brother in July, Mr. and Mrs. Carpinelli had to regroup.

“We took a hit family-wise — not that nobody goes through that, they do — but we hadn’t experienced that yet. It was definitely a heartfelt reflection time to decide what we were going to do for the rest of our lives and how do we feel,” he said in a Friday morning interview.

Although there was some consideration of stepping down after this term, Mr. Carpinelli said his family was very supportive which was crucial to his decision.

“I have the passion for the job still,” the lawmaker said, adding that he will be honoring his brother’s commitment to law enforcement with this run and, if he wins, the term in office.

Mr. Carpinelli’s brother was on the edge of retirement after 19 years as an officer before his death.

Even though he is not “an original Lewis County guy,” Mr. Carpinelli said he is grateful to the community and everyone working in his department for making him feel like “an adoptive member of Lewis County” over the years.

Gov. Kathleen C. Hochul’s prioritization of refining the bail reform legislation enacted in 2019 during her State of the State address earlier this month was encouraging for Mr. Carpinelli, a Republican, giving him the hope he may get the opportunity to share his perspectives on the needed changes with the governor along with other sheriffs in the state.

“I’m not saying I’m going to agree with everything she does and her mindset, but we’ve got to be fair and give this governor the opportunity to work with us in law enforcement,” he said. “While she’s here for four years I’d like to be around and go through this with the governor for four years to see if we can improve on what we haven’t improved on because of all the tense relationships out of Albany.”

Admitting that he is “not the administrator kind of guy all the time,” the sitting sheriff said he is a “cop’s cop” that understands both the road patrol and corrections aspects of the job and he wants to continue working with his team as “one big family in this.”

“As long as we’re safe and healthy in the county and we haven’t got a major crime problem and there’s not any murders and there’s no gang busting going on and we’re starting to get a decent hold on the fentanyl thing — I’m happy,” he said. “I just want to maintain a good safety level for the community. That’s it.”

This report egregiously omits the fact that Carpinelli's "rough year" included his official admonishment in February by the Lewis County Board of Legislators -- acting on the recommendation of the county Ethics Board -- for using his official sheriff's letterhead to write a letter to a federal judge testifying to the "good character" of Carpinelli's "good friend" and active ally in New York's far right movement. The sheriff's pal, William Tryon, pleaded guilty to entering the Capitol during the Jan. 6 insurrection and was fined and sentenced to 50 days in jail by the federal judge, who apparently was unmoved by Lewis County Sheriff Carpinelli's pledge to "put my title and reputation alongside" the misdemeanor offender.

Is there no capable law enforcement officer in Lewis County to challenge this dangerous incumbent in the next election and restore good character and integrity to the Sheriff's office which has been so shamefully lacking during this tinpot tyrant's tenure?