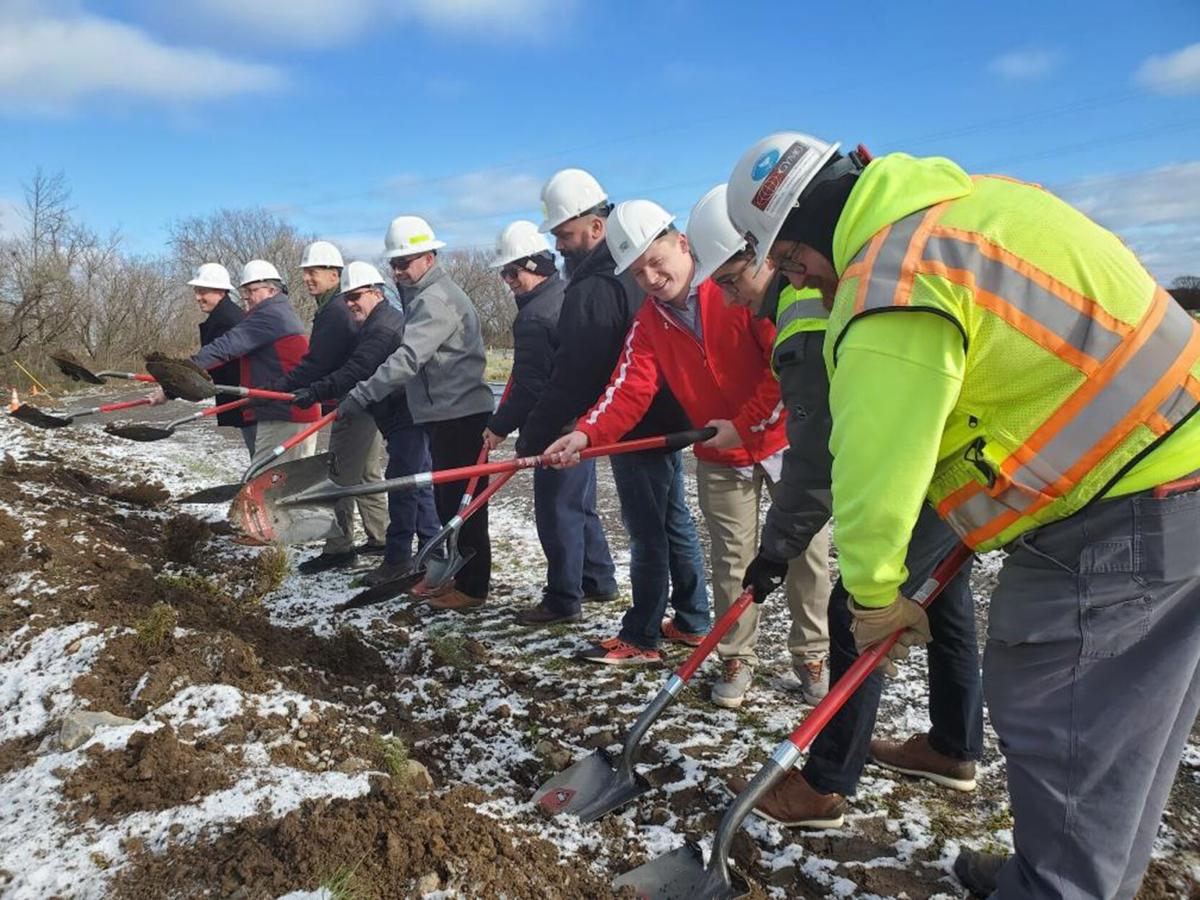 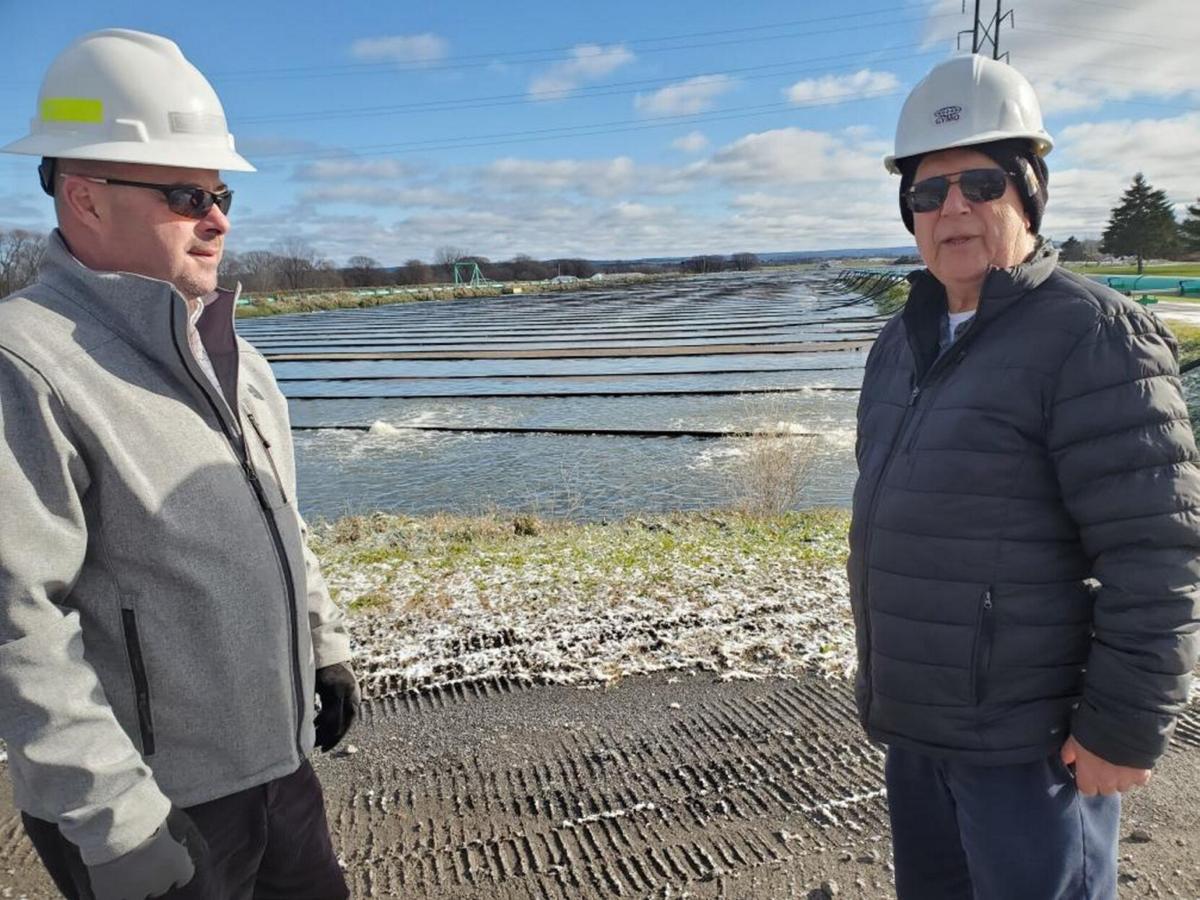 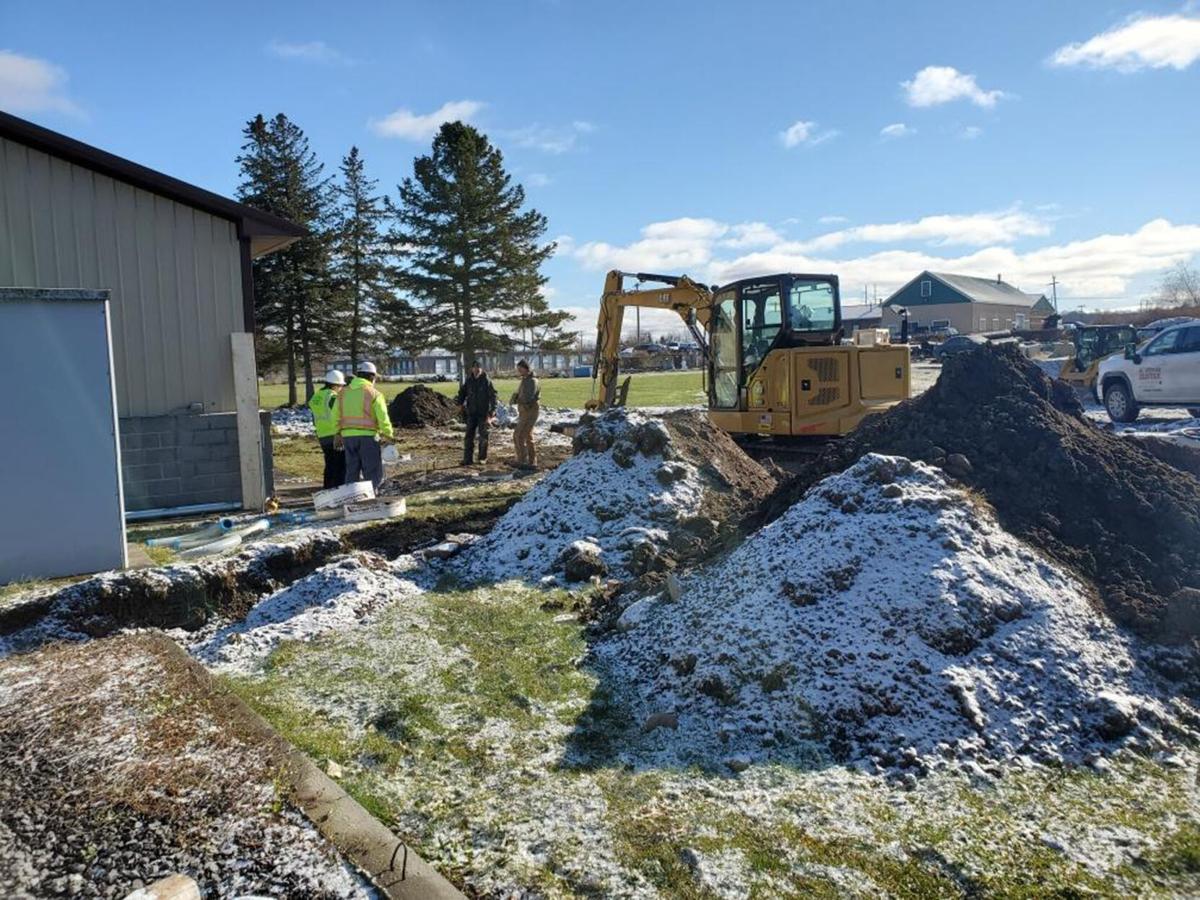 Although the $9.7 million second phase of Lowville’s water wastewater treatment plant upgrade project was launched during a groundbreaking ceremony Tuesday morning, work to replace the electrical system and install a cement pad for a new generator is already underway. Julie Abbass/Watertown Daily Times

Although the $9.7 million second phase of Lowville’s water wastewater treatment plant upgrade project was launched during a groundbreaking ceremony Tuesday morning, work to replace the electrical system and install a cement pad for a new generator is already underway. Julie Abbass/Watertown Daily Times

LOWVILLE — Step by step, the village of Lowville has been repairing, replacing or upgrading infrastructure. Next up? Part two of the sewer system upgrade.

A ground breaking ceremony on Tuesday morning launched the next phase of upgrades to the village’s wastewater treatment site.

The $9.7 million project involves draining the treatment lagoons at the East State Street facility that are between 10 and 12 feet deep, scrubbing the sludge from the bottom and adding a rubber liner on top of the existing clay liner.

“We’ve been involved with the village for over seven years on numerous important infrastructure projects,” said Patrick J. Scordo, president and chief executive officer of GYMO Engineering, telling village leaders, “your progressive attitude in going after these projects, going after that state money that is out there, results in important upgrades to your infrastructure before it becomes a problem. More importantly, you’re doing it without really raising sewer use costs for residents and businesses in Lowville. You’re really looking out for (the village’s) best interests and we’re proud to be a part of it.”

Village Department of Works Superintendent Paul A. Denise said that the Five Streets Project that was completed this fall started upgrading the aging infrastructure bringing the wastewater to the treatment plant.

The first step of this next phase — replacing the electrical system — is already underway to ensure as much as possible gets done before winter ramps up.

De-sludging is expected to begin in May, with the project completed next fall.

The project will also replace existing and install new storage for the chemicals used to ensure no dangerous bacteria remain in the wastewater after treatment.

The state Department of Environmental Conservation issued a letter earlier this year for all sewage plants to use a new disinfectant that will be accommodated by the project.

Colin Fayle, the water operator for the municipality, said that because the system hasn’t been updated since the 1960s and the last intensive cleaning was 20 years ago, he and his team, who are on standby 24 hours daily to troubleshoot any problems that may arise, are excited about the project.

“We have to make sure the water quality is OK to feed into the Black River, which feeds other municipalities,” Mr. Fayle said, noting a number of the blower lines need repairs every year.

Phase one of the wastewater project was a system upgrade to accommodate the expansion of Kraft Heinz in 2017.

“Hopefully this plant, when we’re done, will last the community another 75 or 100 years,” Mayor Joseph G. Beagle said during the ceremony. “And hopefully it will be able to handle the new industry we want to move into our area.”