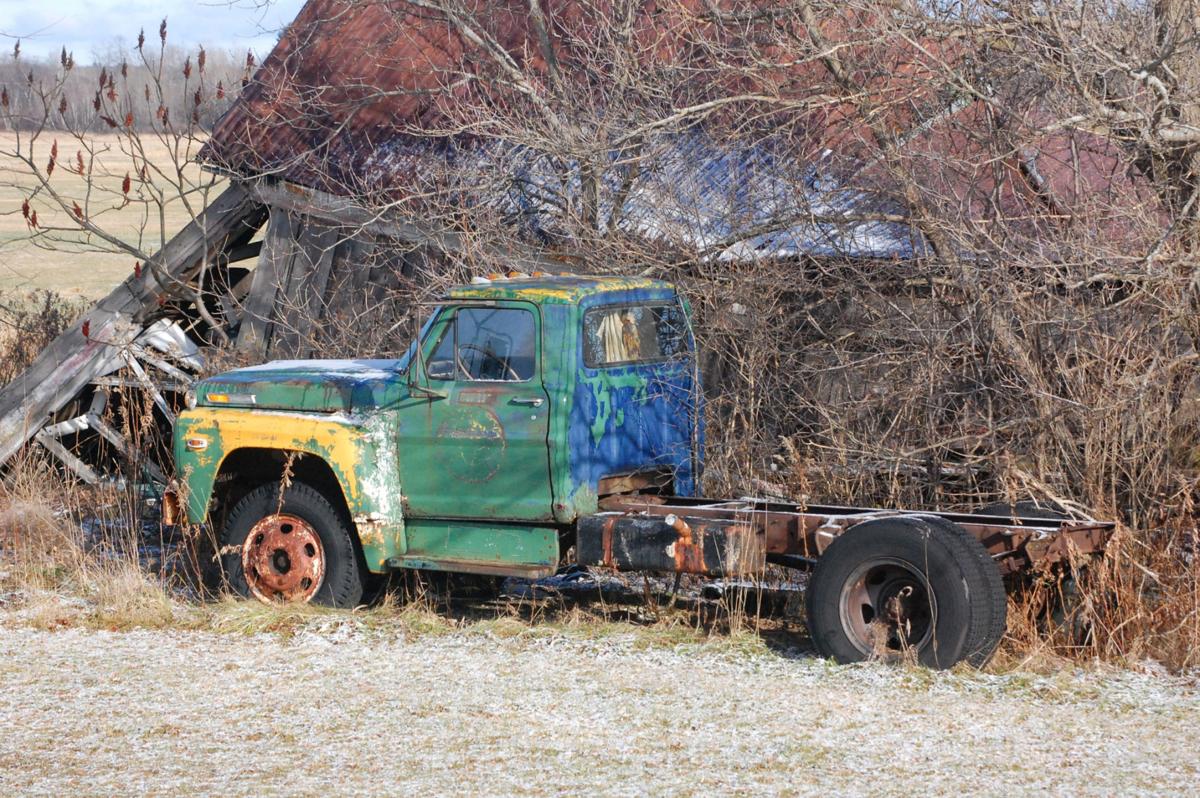 An update to the Lewis County junkyard law and two other local law updates are up for public comment beginning at 5 p.m. Tuesday in the Legislative Board Room, 7660 N. State St., second floor, at the Lewis County Courthouse in Lowville. Julie Abbass/Watertown Daily Times 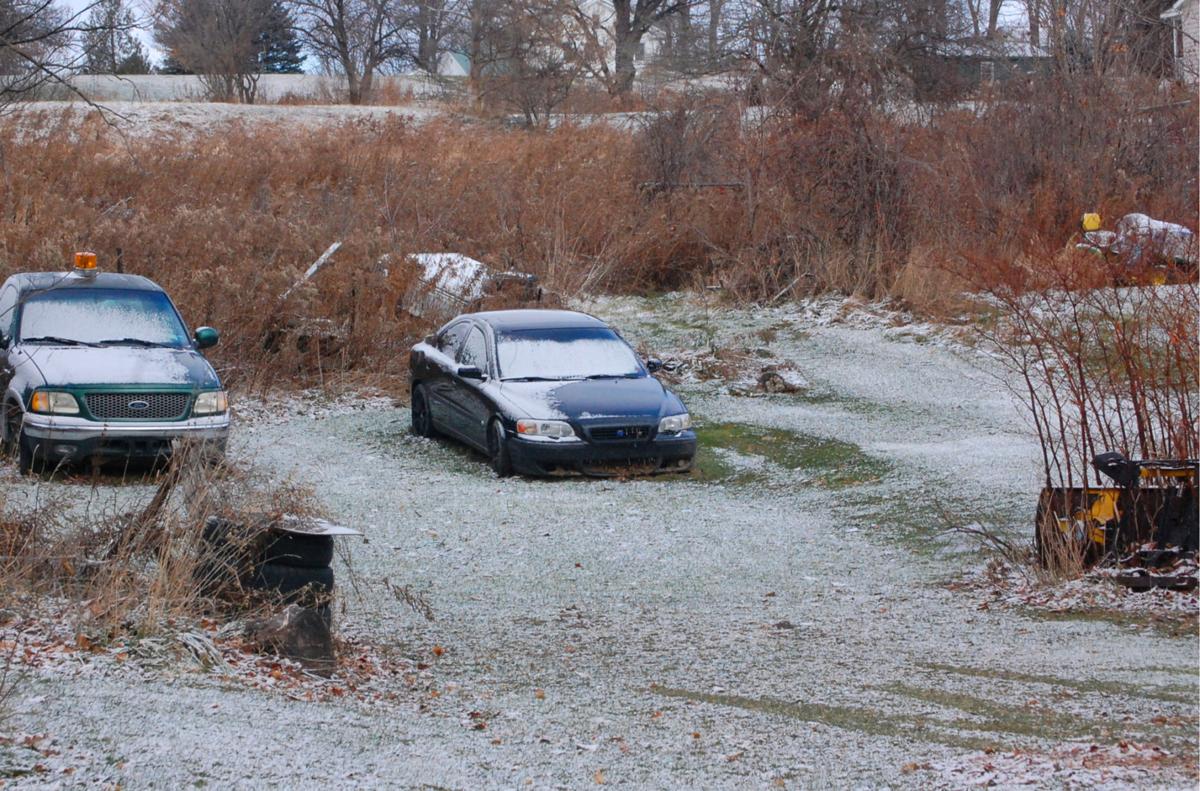 Under the updated Lewis County junkyard law to be discussed at Tuesday’s public hearing, this might be a junkyard. The law will allow two “junk vehicles” or “junk appliances,” or a combination of three junk items, including scrap metal, before some items must be removed or the property has to become an official junkyard. Julie Abbass/Watertown Daily Times

An update to the Lewis County junkyard law and two other local law updates are up for public comment beginning at 5 p.m. Tuesday in the Legislative Board Room, 7660 N. State St., second floor, at the Lewis County Courthouse in Lowville. Julie Abbass/Watertown Daily Times

Under the updated Lewis County junkyard law to be discussed at Tuesday’s public hearing, this might be a junkyard. The law will allow two “junk vehicles” or “junk appliances,” or a combination of three junk items, including scrap metal, before some items must be removed or the property has to become an official junkyard. Julie Abbass/Watertown Daily Times

LOWVILLE — Comedian Jeff Foxworthy, in his popular “You Might Be A Redneck” sketch, has a bit that goes, “If you’ve got four or more cars on blocks in your front yard and fewer than half of your cars run, you might be...” In Lewis County, the end of the bit would be, “a junkyard.”

An update to the county’s junkyard law is one of three on the docket for public comment before the Board of Legislators’ regular meeting on Tuesday.

According to County Manager Ryan Piche, the proposed changes to the junkyard law will bring local statutes in line with state laws by changing some of the terms defining a junkyard as well as giving the county’s ability to enforce the law “more teeth.”

Changes in the law include the number of “junk vehicles” — defined as unlicensed, not road worthy or unused for more than six months — allowed on a property for it to be considered a junkyard and the penalties for breaking the law.

Currently, county law allows for one “junk vehicle” on a property before it reaches “junkyard” classification. The amended law will set a two “junk vehicle” limit before it’s a “junkyard.” It would also require an eight-foot fence around the area storing the junk items and mandate owners file an application with the Junkyard Review Board to be an official yunkyard.

Like the existing law, a property with a total of four or more junk items in the yard including vehicles, derelict appliances and scrap metal, is a junkyard requiring official registration in the amended version. Exemptions to the law include equipment and vehicle dealers, registered auto repair businesses and agricultural operations.

When junk code enforcement notifications are ignored and criminal action is taken under the current law, local justices often set the fines, which could be “up to $250,” at $25 or $50, amounts some people are willing to pay instead of either cleaning up their yards or going through the process and expense of becoming an official junkyard.

While about 80 percent of the people that get violation notifications take action to become compliant with the law, Mr. Piche said, the other cases often drag on for years at an expense to the county without resolution.

“Going through the courts just isn’t working,” said District 6 Legislator Andrea Moroughan during the General Services Committee meeting on Nov. 19 during which the law was discussed.

While jail time is an option in the law, it is not the preferred action by the legislative or junkyard boards.

The second law open for discussion at Tuesday’s public hearing concerns the “partial tax exemption for certain real property” owned by people 65 years old or more on properties that are their primary residences.

This is an update to the local version of the state law governing the initiative, increasing income limits for the exemption.

In 2005, property owners with an annual income up to $20,699.99 total, whether it be the income for one owner or the combined income of multiple owners, could be eligible for an exemption of between 20 percent and 50 percent of the assessed property value.

The new law increases that income limit to $22,999.99, for the same exemption range.

This exemption is not the same as the STAR exemption for school taxes, and must be applied for at the town assessor’s office.

A new law authorizing a lien on money paid by insurance to a property owner after a fire is the third topic open at the public hearing.

Under the law, the lien would be equivalent to the property tax, to be held for use toward cleanup of the property.

“In response to increases in insurance fraud and arson, especially commercial properties,” the law reads, the state put a general municipal law in place allowing every taxing district, whether county, town, city or village, to “claim against the proceeds of a policy of fire insurance,” in case the property owner doesn’t use the insurance money to either repair or demolish the fire-impacted property.

If a property owner shows that they are in the process of completing the renovations or cleanup and the remaining money held in escrow by the county is needed, the law provides the guidelines for that money to be returned to the owner to ensure the expense doesn’t fall on taxpayers.

Members of the public are welcome to make comments on any of the three laws during the public hearing at 5 p.m. Tuesday in the legislative board room on the second floor of the Lewis County Courthouse, 7660 N. State St., Lowville.

Do you know how many properties already in Lewis county aren’t in compliance of the junkyard law? Some are blatantly violating it like the property on RT26 outside of West Leyden And have been for years. Many have more then 1 or 2 unregistered vehicles. What about all the people who leave things outside near the road for sale like tires, furniture,lawn mowers etc etc? My neighbors have all kinds of things in their yard for sale. A tractor, lawn mowers, multiple vehicles, plastic liquid storage totes plus more. But, they do it in such a way it doesn’t look like a eye sore. The biggest problem with any law in Lewis County is who’s going enforce it. Lewis County leads N.Y. in selective enforcement of laws. They turn a blind eye when in comes to 4-wheeler and snowmobile riders. They know of several people who grow pot and let them. I could go on and on but I think you get my point.