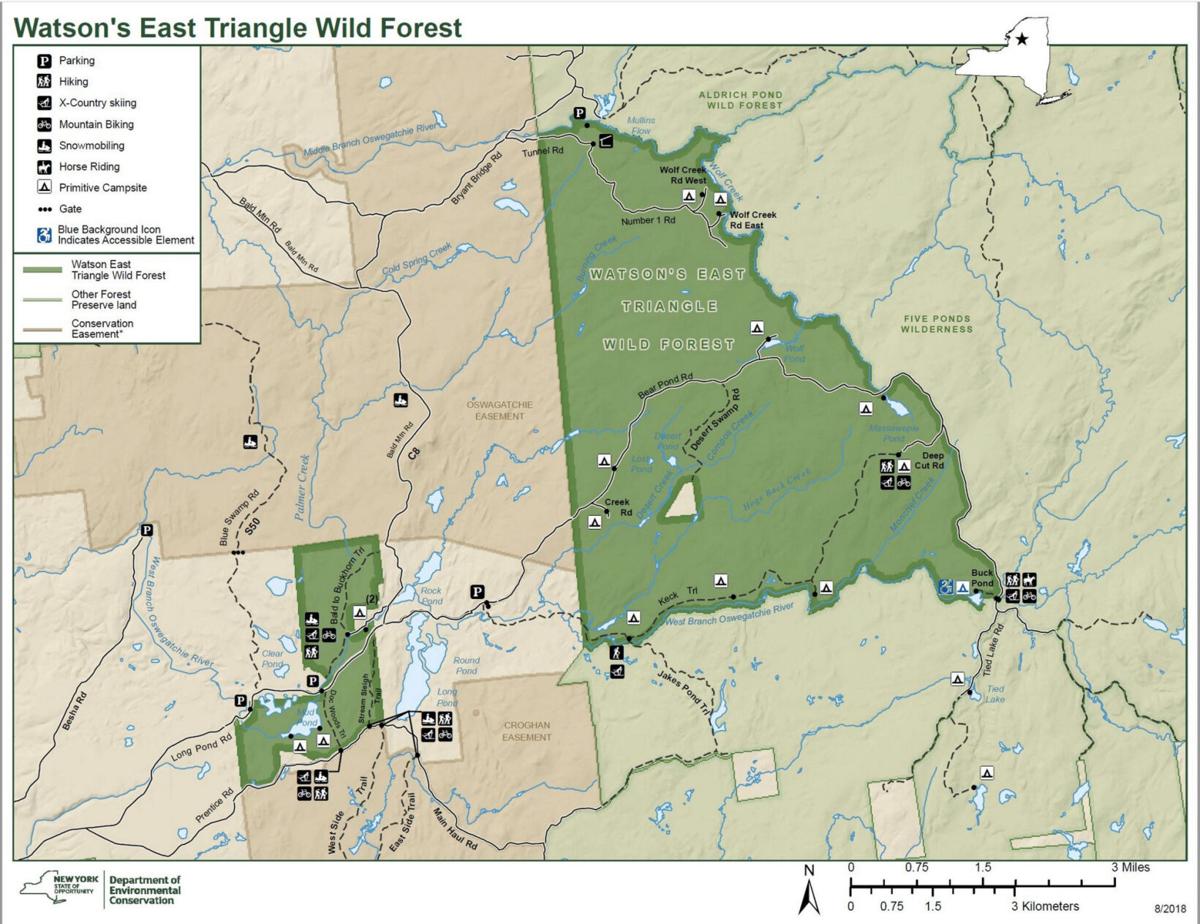 The seasonal gates for Watson’s East Triangle Wild Forest are now open according to the DEC. Map provided 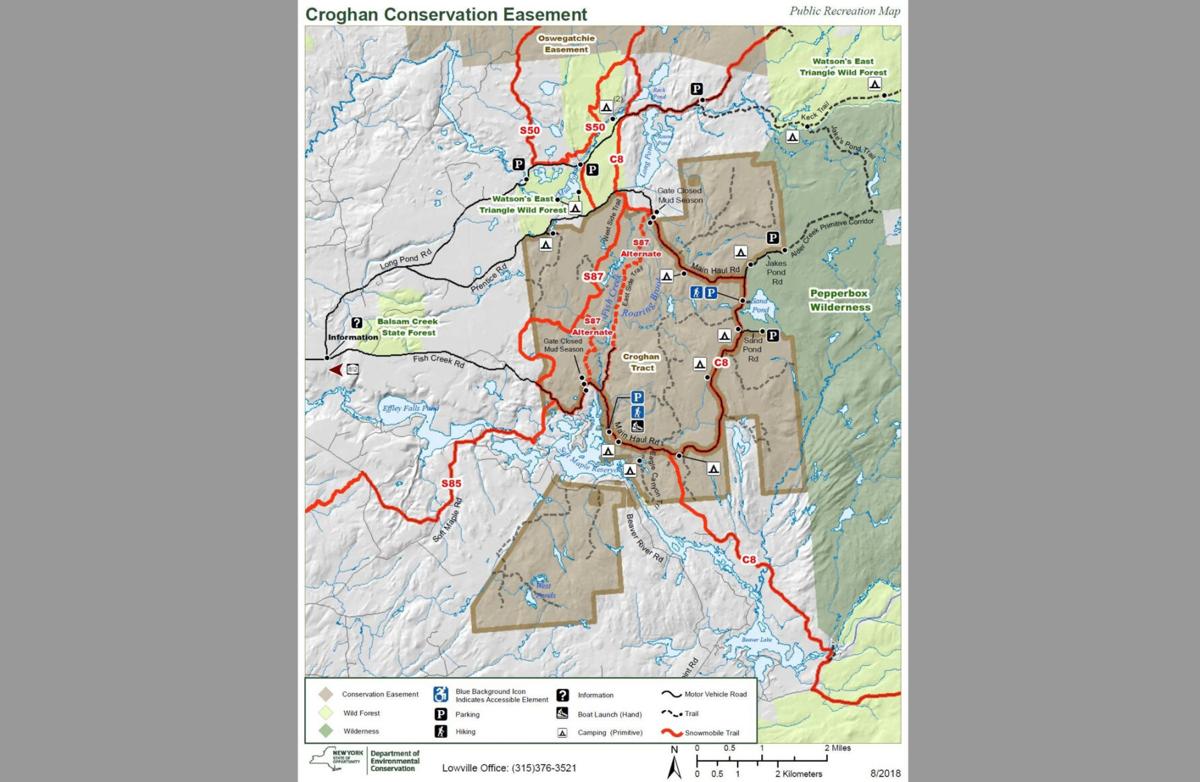 The seasonal gates for the Croghan Conservation Easement in Lewis County are now open, according to the DEC. Map provided 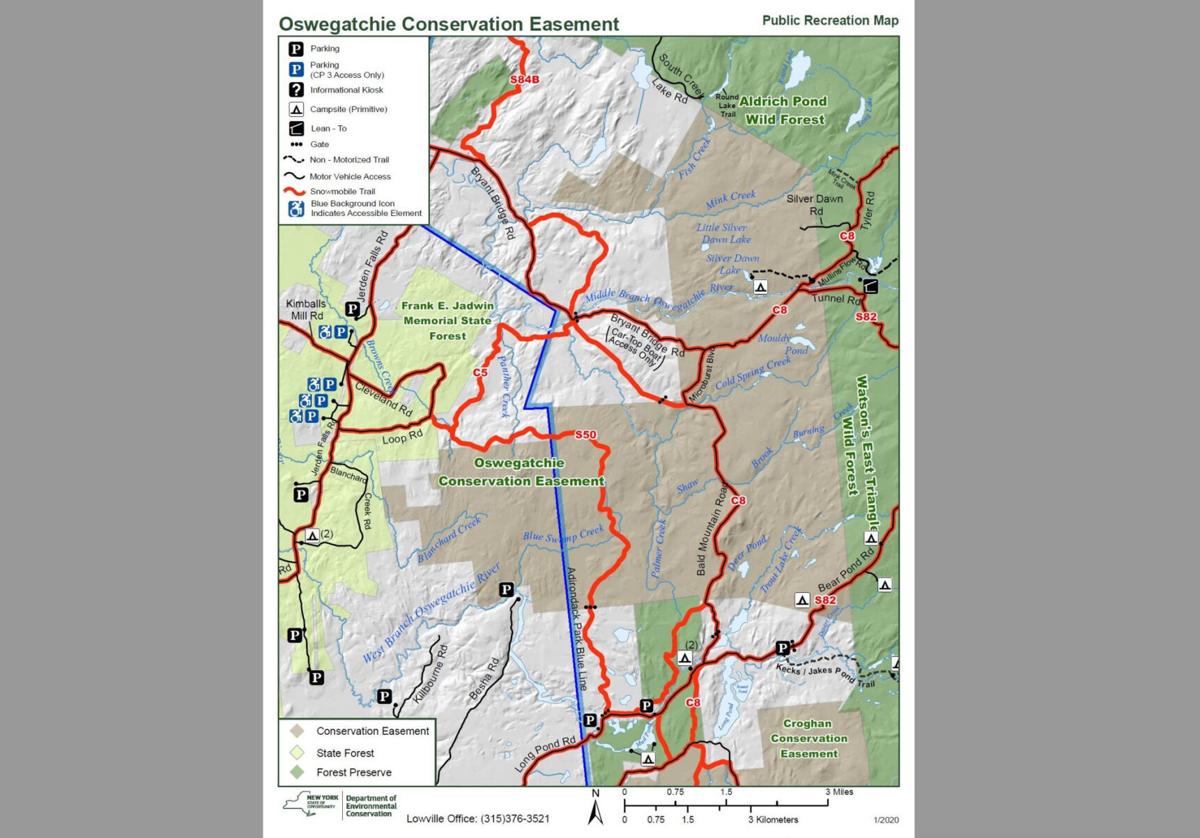 Seasonal gates for the Oswegatchie Conservation Easement in Lewis County are now open, according to the DEC. Map provided 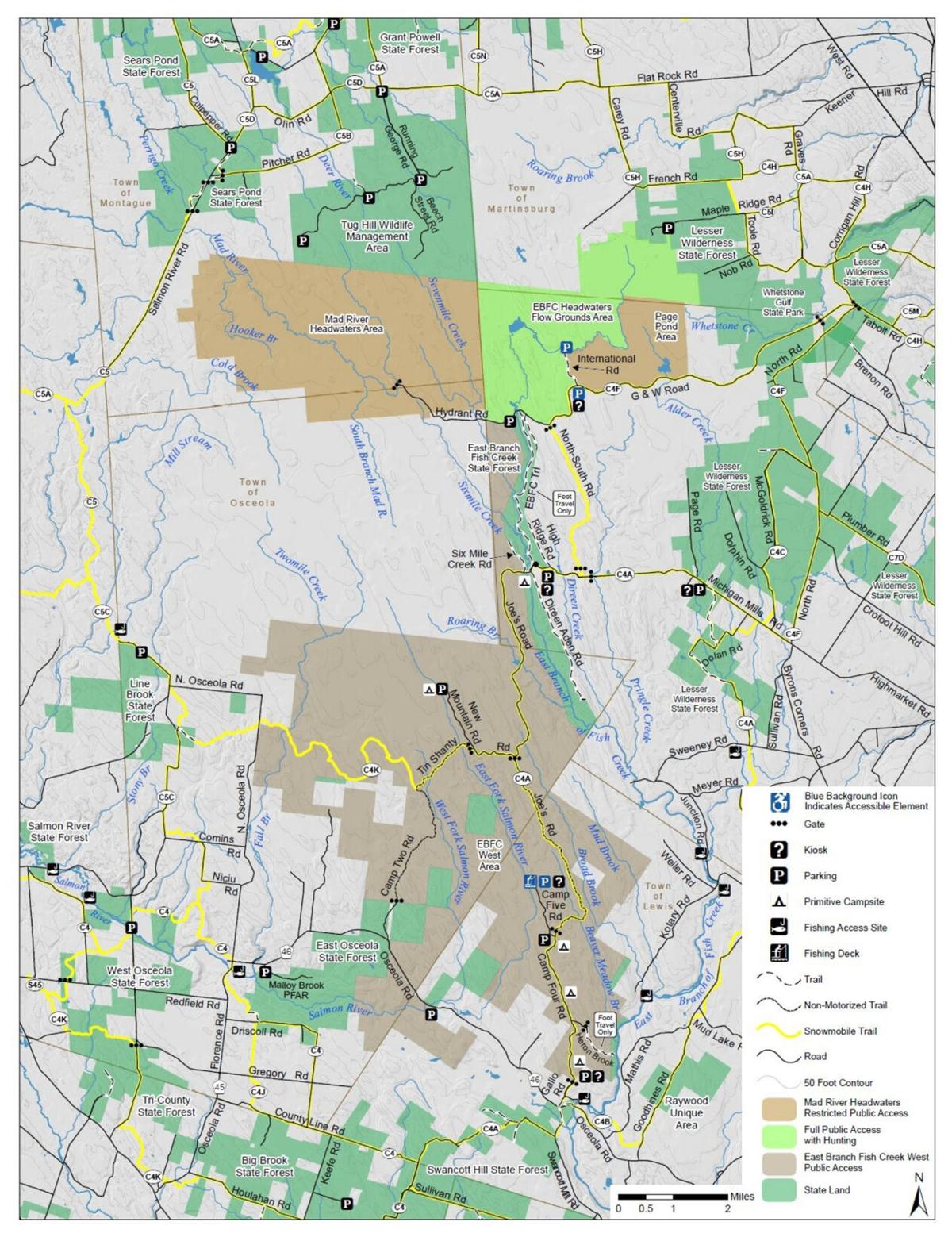 The seasonal gates for Watson’s East Triangle Wild Forest are now open according to the DEC. Map provided

The seasonal gates for the Croghan Conservation Easement in Lewis County are now open, according to the DEC. Map provided

Seasonal gates for the Oswegatchie Conservation Easement in Lewis County are now open, according to the DEC. Map provided

The state Department of Environmental Conservation announced that all seasonal access gates for the Croghan Tract, Oswegatchie and East Branch Fish Creek Conservation Easements and Watson’s East Triangle Wild Forest are now open for the public.

It consists of 13,229 acres of forested rolling hill terrain in the towns of Croghan, Diana, Watson and, in Herkimer County, Webb, just inside the Adirondack Park Blue Line. About 2,240 acres of the area are wetlands.

“For the visitor, expanses of open space (in wetlands) provide a visual contrast to the heavily forested setting,” states the DEC’s management plan for the forest. “Both Massawepie Creek Bog and Desert Swamp (are) ... ‘charismatic’ wetlands.”

The most scenic aspect of the wild forest is noted to be the west and middle branches of the Oswegatchie River, most notably along the Bear Pond Road at High Banks where the view overlooks the Middle Branch 60 feet below.

“Conservation easements” are privately owned land with an easement given to the DEC “on behalf of the people of New York state,” according to the DEC website, allowing that property to be used both as working forests and public recreation areas.

Each easement has different rules and has different limits on use so visitors are asked to check on the websites for these easement areas before making plans.

The Croghan Tract Easement has 12,816 acres of private forestland in the towns of Croghan and Watson.

It hosts 11 miles of road, campsites including two handicap accessible sites, a car-top boat launch that is accessible at Soft Maple Reservoir, a number of parking areas and in October, the final recreation plan was released by the DEC that will result in a new foot trail for access to Eagle Canyon forest preserve.

Recreation allowed in the area includes hiking, biking, paddling and horse riding, as well as hunting, fishing and trapping.

Although, according to the DEC’s Recreation Management Plan, there are “few notable destinations” inside the Croghan Tract, the roads and trails are planned to allow access to attractions in bordering lands including Eagle Canyon forest preserve, Sand Pond and the Soft Maple Reservoir.

There is currently no ATV or UTV use allowed on the Croghan Tract Easement.

Historically, this tract was owned by the St. Regis Paper Company in Deferiet, from 1927 to 1984. The company purchased the tract in order to produce Montgomery Ward Catalogs. The Sand Pond Club camp situated in the easement reportedly housed German prisoners during World War II that were sent there to harvest timber, according to the DEC.

Found in the towns of Croghan and Diana, the Oswegatchie Conservation Easement consists of about 16,929 acres, 14,000 acres of which are within the Adirondack Park.

It has about 3.5 miles of the Oswegatchie River running through it, a number of creeks and ponds, and, near the southwest border, an 80-foot waterfall known as Rainbow Falls. The area hosts hiking trails, campsites and allows fishing, trapping, hunting, paddling and bicycling,

In the Tug Hill core forest, the 14,110 acre East Branch Fish Creek Conservation Easement is primarily on former Lyons Falls Pulp and Paper lands with some former Technopulp land north of the G&W Road. It is spread over the towns of Lewis, Martinsburg, Montague, Osceola and West Turin.

The property is now owned and managed by the Nature Conservancy, Inc.

This easement allows hiking, camping, fishing, hunting, paddling and some roads that allow motorized vehicles specifically for people with mobility impairments. No trapping, horses or ATVs are allowed on this easement.

“The stream areas and open wetlands can be quite picturesque,” according to the DEC’s Management Plan, “The relatively deep valley of the East Branch of Fish Creek provides potential scenic vistas from both the bottom of the valley across wetlands adjacent to the Creek, as well as from the top of the slop above the Creek, in limited locations.”

For more information about the East Branch easement, go to https://www.dec.ny.gov/lands/7991.html.