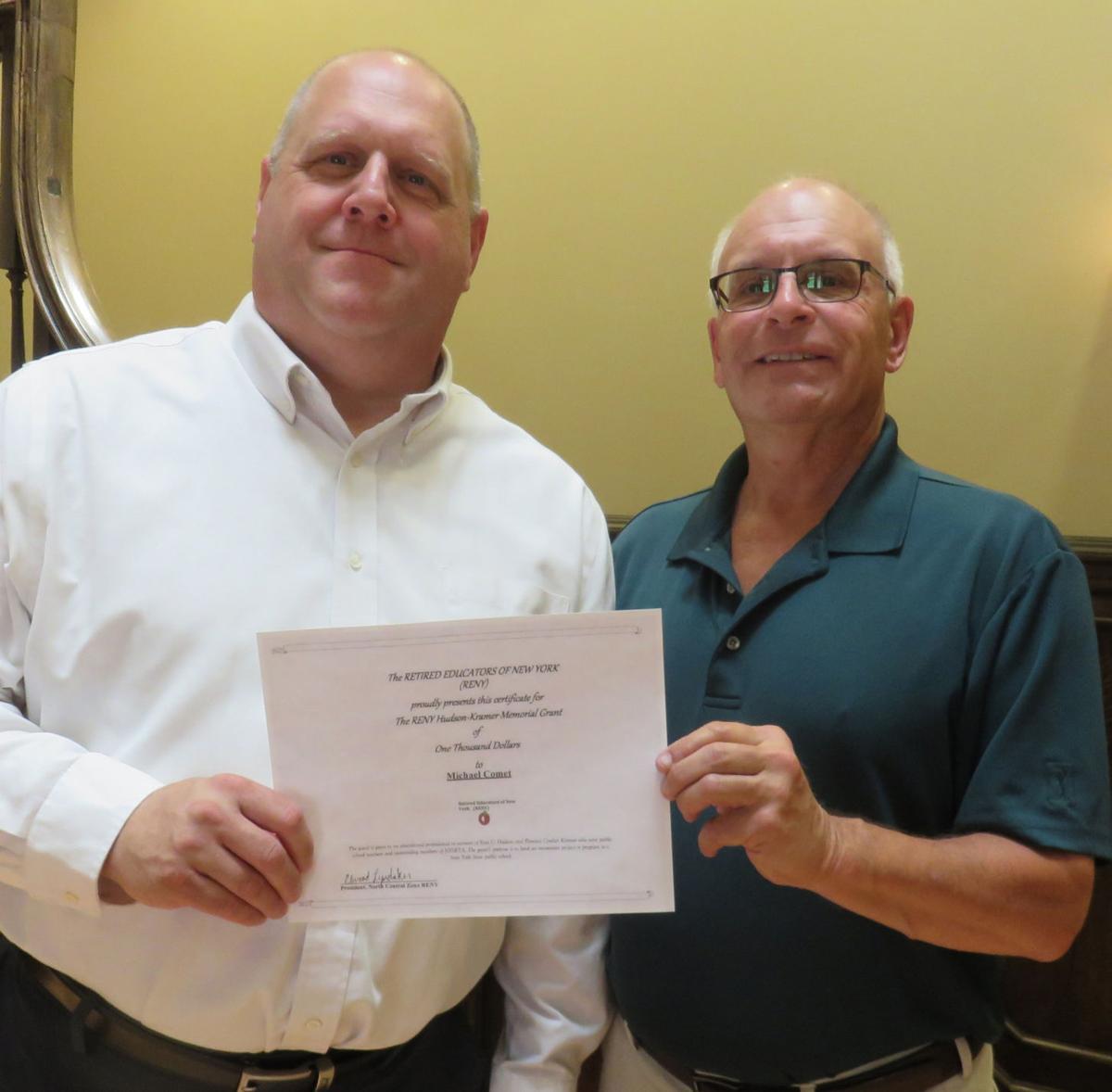 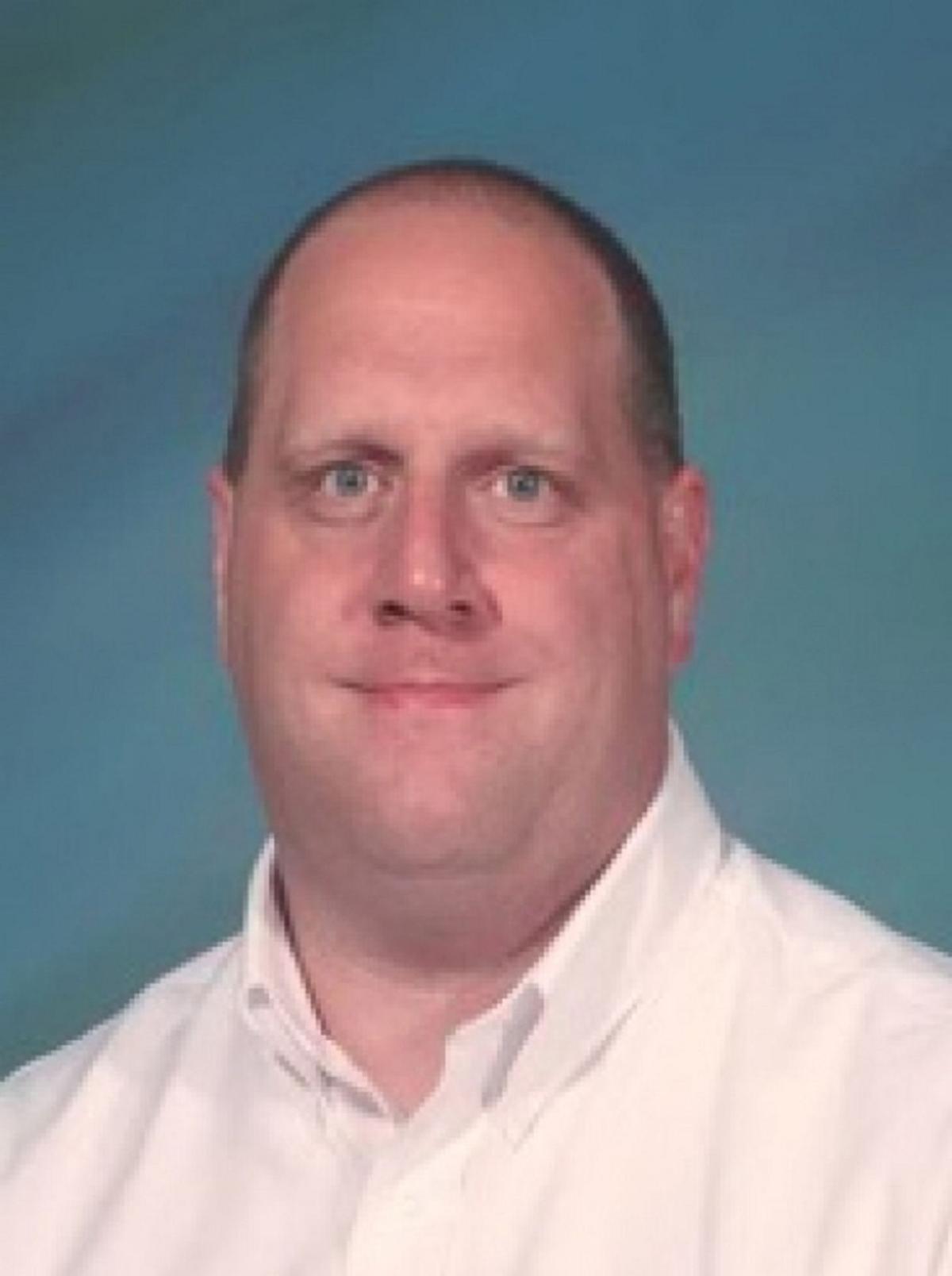 LOWVILLE — A South Lewis Central School teacher plans to put scholarship funds to good use not only for his students, but for the global ecosystem. Biology teacher Michael H. Comet was awarded a $1,000 Hudson-Kramer Memorial Grant for Educational Professionals from the North Central Zone of the Retired Educators of New York.

This annual grant is given to an active teacher or administrator to use for an innovative project in the classroom, school or district. The award circulates throughout the 10 zones in New York State. According to a news release, one of the objectives of Retired Educators Association is to work toward the advancement of education in the state and country, and this grant will help fund a project or program that could not otherwise be included within the school’s budget.

Mr. Comet will be using his grant to construct a “Classroom Observation Hive” for a honey bee colony at South Lewis High School.

“I plan on making an observation hive that will be visible inside my classroom and will be using it to show social structure amongst honeybees, reproductive patterns and many other things that will allow students to understand the bees’ importance. The observation hive will allow South Lewis to have a ‘safe haven’ for honeybees as well as a teaching tool for all students.”

The biology teacher said an observation hive is “a rather unique mechanism that allows observers to see every day life cycles of a population of animals in its true environment.”

“It permits us to be given a look into the otherwise hidden world of the honey bee carrying out minute-by-minute activities such as feeding and water gathering, cleaning and maintenance of the hive, temperature regulation throughout the seasons, communication to one another and to the observer, and, most importantly, reproduction,” Mr. Comet explained. “Given our rural geography and flora in the immediate area the hive should thrive and allow students to further understand the complex social structure and engineering prowess of honeybees.”

He noted the study of honey bees is especially important to this time when the pollinators are disappearing globally. Pollinators are an essential part of the natural food chain.

“The last few years have seen an alarming decline in honeybee populations around the world,” he said in his grant application. “This is believed to be the ‘canary in the coal mine,’ alarming mankind to the apparent alarm bells of ecological decline. It is our hope, duty and charge to endeavor to educate future generations to understand the significance of their revival and survival, assuring pollinators are vibrant for generations to come.”

Once the hive is obtained, Mr. Comet will work with local bee keepers to develop a colony by purchasing a “nuc” — starter colony of bees — to transfer into the hive.

In cooperation with the school’s agriculture teacher, Mr. Comet plans to develop several pollinator gardens once the school’s capital project is compete.

The biology teacher also noted observation bee hives have safely been used in other schools statewide as well in public settings including the WILD Center in Tupper Lake and Beaver Lake Nature Center in Baldwinsville.

In his grant application, Mr. Comet said he would utilize local apiary experts and others who have advanced knowledge of the requirements for the upkeep and wellbeing of the hive.

“We have identified a few people in the community who are able to assist in our efforts,” the teacher said. “Several apiaries exist in Northern New York and I have reached out to them for advice and assistance in the project. I have learned that we are able to actually ‘tag’ bumblebees as well as butterflies that I have hatched in my classroom and their progress and travels can be monitored using internet programs that record and calculate the distance of travel and timing of arrivals. This monitoring will show students the mechanisms for analyzing and interpreting data and address system models and stability changes that are occurring in our global society.”

Mr. Comet also pointed out that the project will benefit more than just his biology students.

“Should the endeavor prove fruitful, the hive would also be shared as an educational tool with our upcoming elementary students once our central campus is built and occupied,” he said.

Cost of the project is estimated to come in just over the $1,000 grant.