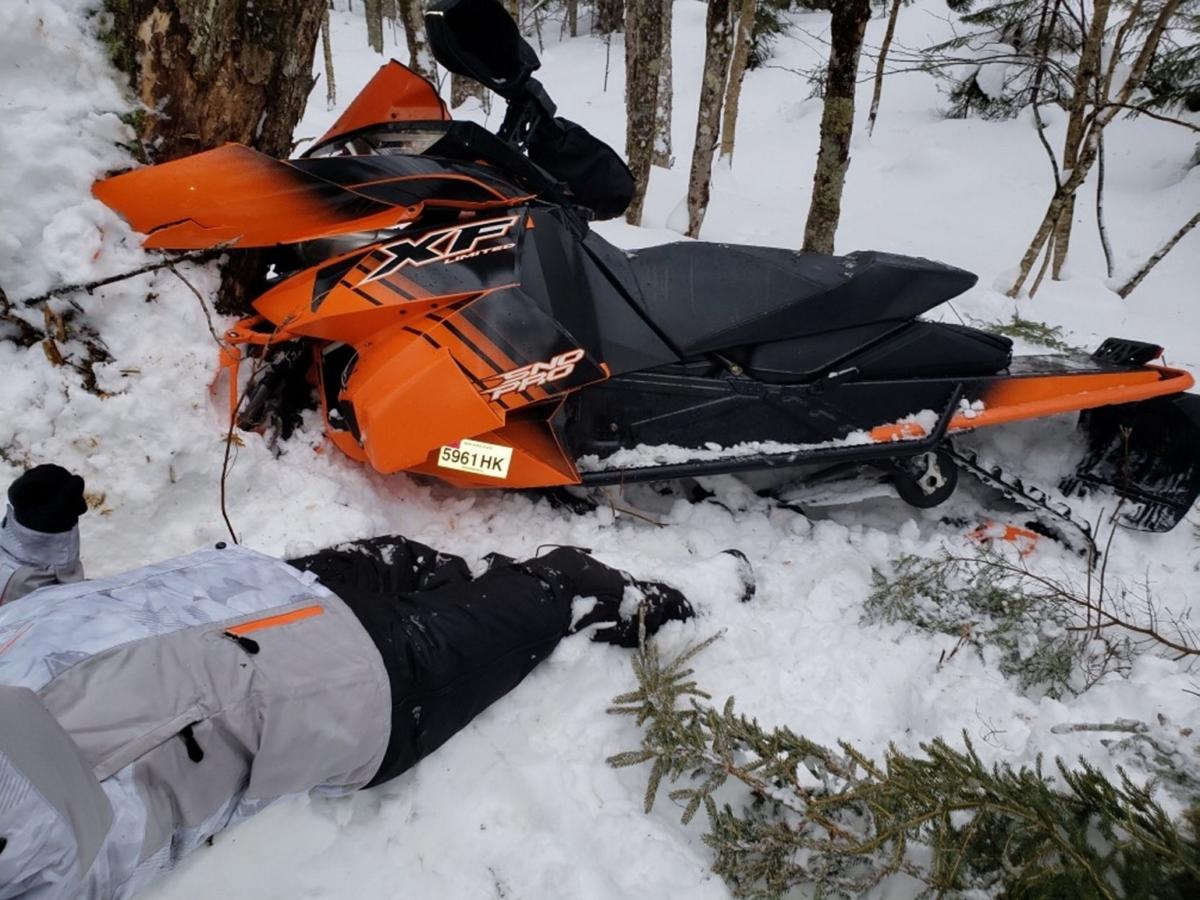 Linda Bartlett lays next to her snowmobile after crashing into a tree in Watson on Tuesday. Contributed photo 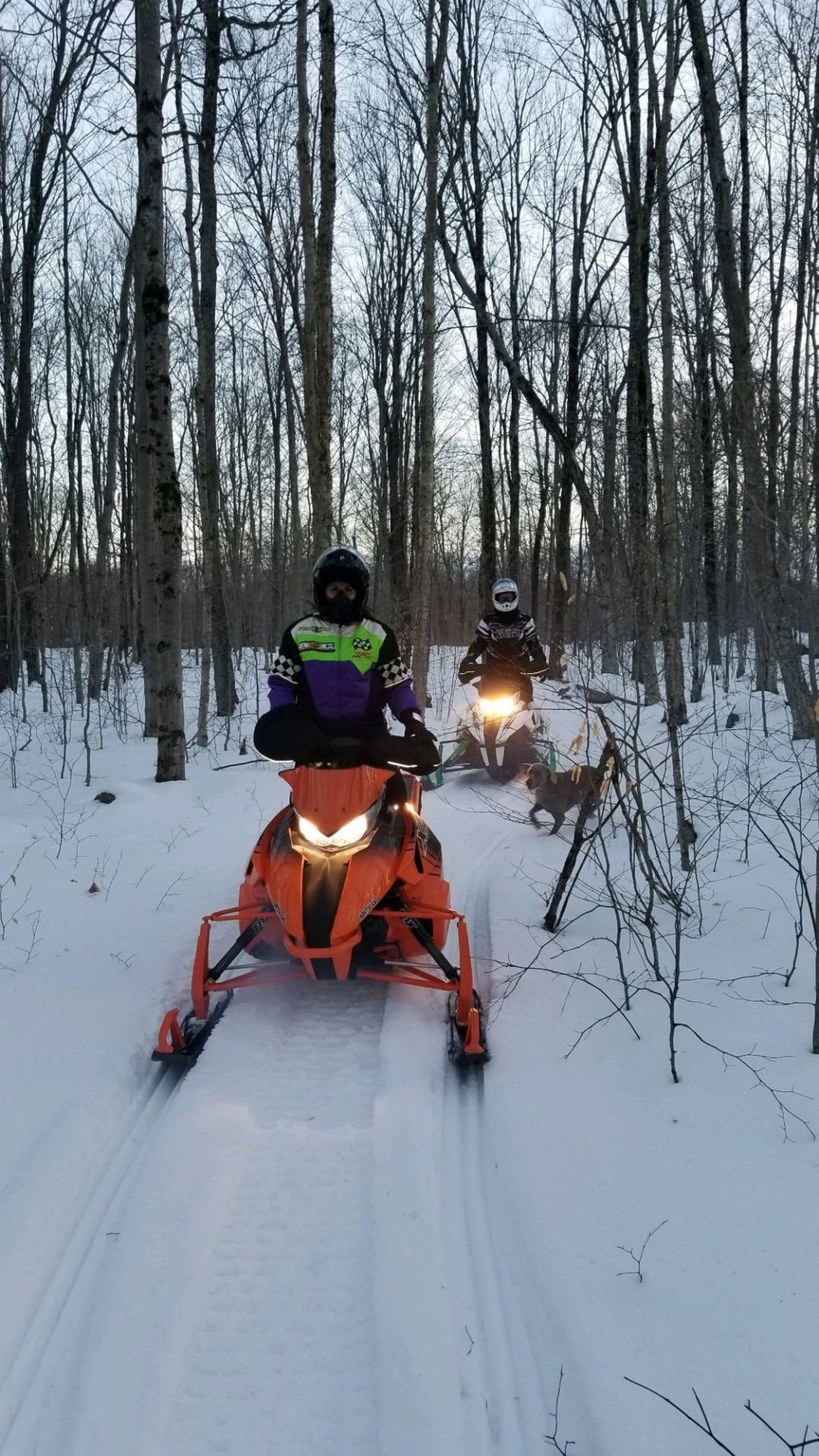 Linda Bartlett, left, and her husband, Walter, ride on the trails. Provided photo

Linda Bartlett lays next to her snowmobile after crashing into a tree in Watson on Tuesday. Contributed photo

Linda Bartlett, left, and her husband, Walter, ride on the trails. Provided photo

LOWVILLE — Linda Bartlett and her crew were nearly 100 miles into their trip Tuesday when the veteran rider hit a sudden dip in the trail, lost control of her snowmobile and broke her femur on an oak tree. Four days later, her husband is applauding the first responders who traveled two hours with Ms. Bartlett to Syracuse.

Linda Bartlett and her husband, Walter, along with some friends, were on their way back to their cabin in Brantingham after having lunch in Harrisville. Ms. Bartlett is a teacher and she was on winter break. They were on day three of snowmobiling on a week-long vacation at their cabin.

On their way back from lunch, the group was riding in the town of Watson when Ms. Bartlett went off the trail.

Walter didn’t see the crash, but based on their friend’s description, and after speaking with her, it appears there was a dip in the trail. Perhaps it was a creek running across.

Whatever it was, Ms. Bartlett caught the fallout, which made her handlebars twist to the right. The throttle then wedged into her hand and plunged her and the sled off the trail. She crashed through two smaller, dead trees — luckily, Walter said — before colliding with an unforgiving oak.

Walter and another friend left their snowmobiles behind as they transported Ms. Bartlett to a trail-head where ambulance personnel were waiting. According to a news release from the Lewis County Sheriff’s Office, Ms. Bartlett was then transported by Lewis County Search and Rescue to SUNY Upstate Medical Center with a leg injury.

Walter said his wife got to the trauma center in Syracuse and went into surgery with a broken femur. Her other leg was also seriously wounded — they thought broken at first — but it would later be confirmed that it was a deep puncture wound with extreme bruising.

“We’re lucky that’s all it was because it could have been much worse,” he said. “She didn’t impact her head and that’s usually what gets everybody.”

Ms. Bartlett got home to Buffalo from the hospital around three days after the crash, earlier than expected, Walter said.

“She did remarkable with the surgery,” Walter said. “She’s doing well.”

Now it’s all about recovery for Ms. Bartlett. It’ll be six weeks before she can do much of anything, followed by extensive physical therapy. At this point, Walter, with a laugh, calls himself more of a servant than a husband.

Walter wanted to thank the EMTs and the sheriff’s deputies who helped after the crash. He said they took the two-hour drive to the trauma center in Syracuse. He also wants to find the group of Good Samaritans who stopped and helped. He made a post on Facebook with hopes to find and thank them personally. And there was a team in Carthage, Croghan Fire and Rescue, that went along with deputies to recover the sleds belonging to Walter and his friend.

“They were absolutely awesome,” Walter said. “Everything was so positive.”

Ms. Bartlett had been riding for 34 years — Walter, 51 years. They had never had an accident.

“We’re very happy with the outcome,” Walter said. “The whole thing has just been an amazing experience.”

When talking about whether they would be riding again soon, Walter said, “I certainly hope so.”