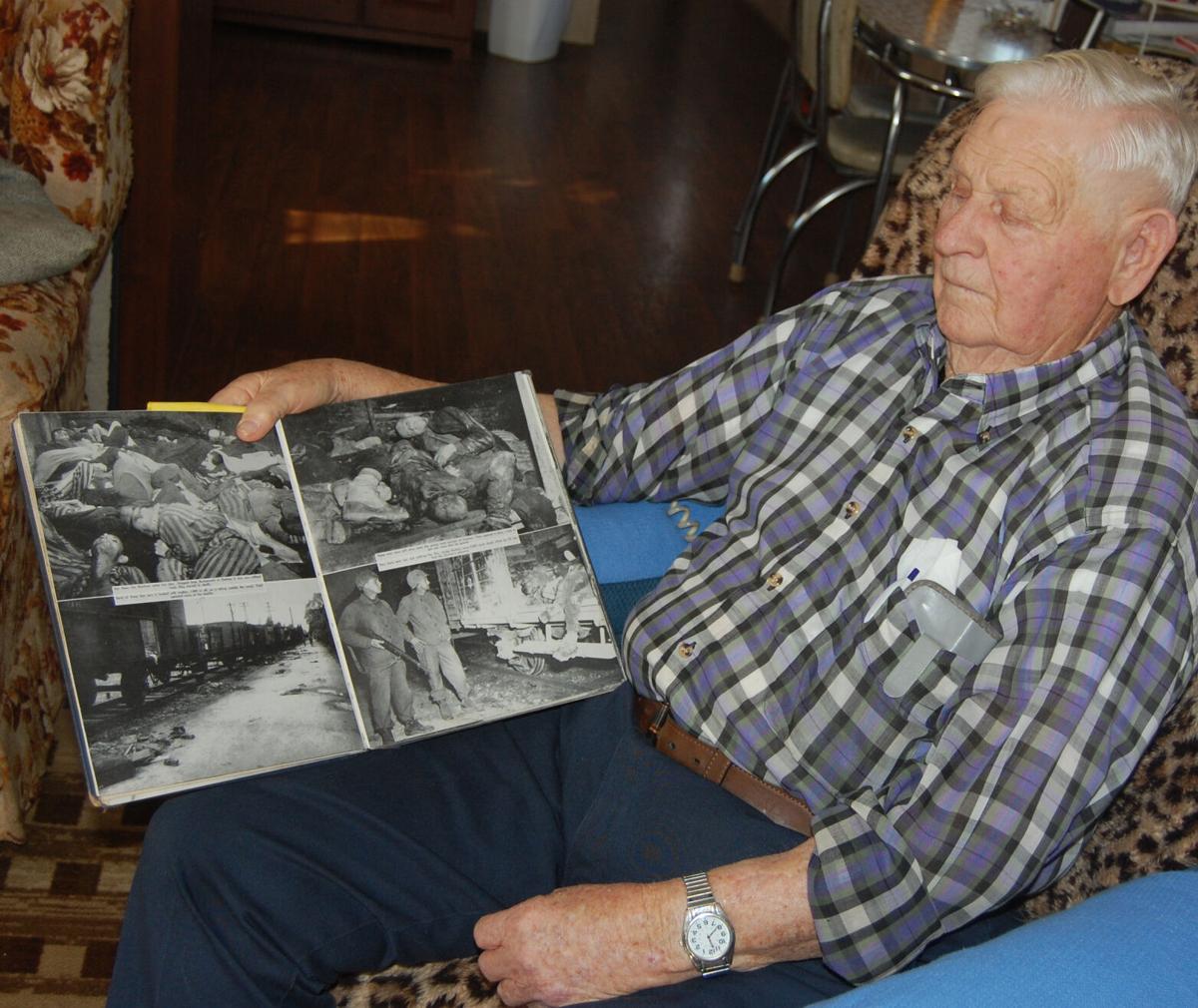 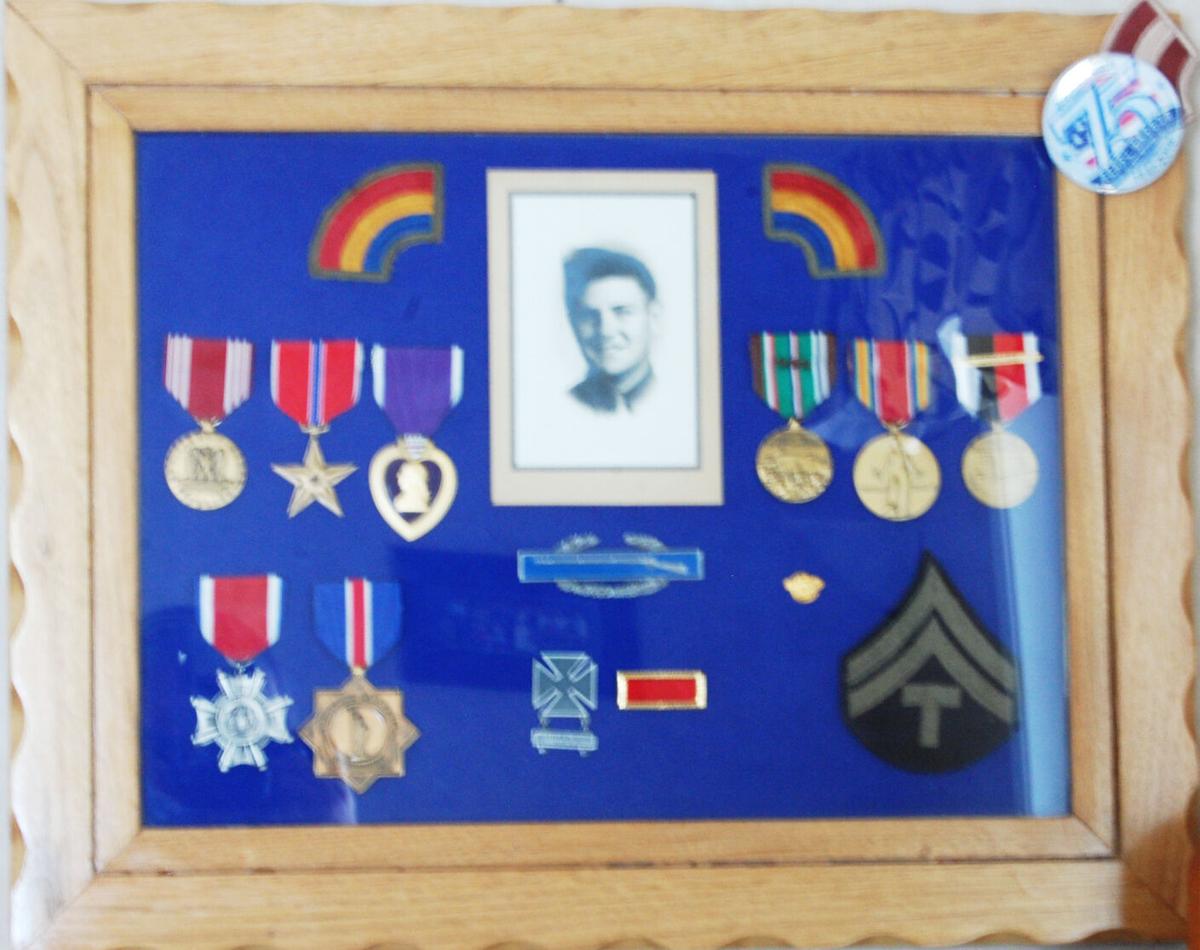 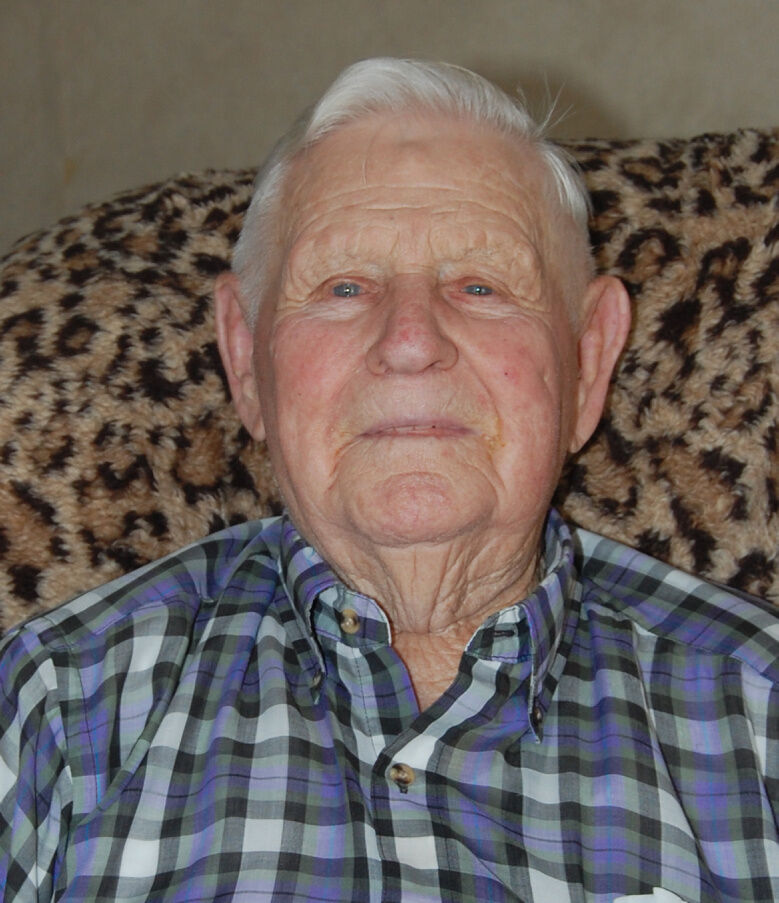 CASTORLAND — According to a survey from the Conference on Jewish Material Claims Against Germany released in September, 10% of young Americans in the millennial or Generation Z age group do not believe or are unsure that the Holocaust took place.

But Gerald O. Eaton, 94, of Castorland, knows first hand that it did.

As a 19-year-old soldier with the 42nd Infantry Division, known as the Rainbow Division, Mr. Eaton helped to liberate Dachau Concentration Camp.

The native of Lyn, Ontario, immigrated to the United States as an infant with his family, settling in the Thousand Islands region. At age 16, Mr. Eaton left school and went to work for Reed Trucking and later Hutchinson Boat Works.

Drafted at age 18, he attended boot camp in South Carolina, then went to Oklahoma where he was inducted into the Rainbow Division on May 18, 1944.

Formed during World War I, the division consisted of handpicked National Guard Units from across the country.

“They called it the Rainbow Division because there were people from every state,” the veteran explained.

Mr. Eaton recalled regiments of the division took different routes to New York City. On Thanksgiving Day they boarded a ship which headed south before crossing the Atlantic Ocean.

“People don’t know this but there were German submarines off the coast and we had to dodge them,” he said, noting the trans-Atlantic trip took 14 days.

Despite the effort to not show troop buildup, Mr. Eaton said upon arrival in Marseille “Tokyo Rose” — slang for the female Axis propaganda radio broadcasters — welcomed the Rainbow Division to France.

The young infantryman had his first taste of combat just before Christmas 1944 in the vicinity of Strasbourg.

With an unwavering voice, Mr. Eaton tried to put to words what his young self had endured but could only relate, “It’s a good thing we were young — it was Hell.”

He was sidelined for a while. “I froze my feet in a foxhole,” he recalled.

The wartime injury earned him a Purple Heart. The medal along with others, for which Mr. Eaton could not recall their significance, are displayed in a frame that hangs on the living room wall in his cozy home.

Returning to his outfit, the division crossed the German boarder in March and began to pursue the German forces along what became known as the Rainbow Trail traveling April 20-26 from Furth, Germany, to the Danube River.

“They ran into the place out of the blue,” he said.

“We went in the next morning after it was taken,” said Mr. Eaton.

In listening to his story, it was hard to tell if his eyes moistened from the recollections or irritation from the previous day’s eye exam.

“The night before we slept inside an old schoolhouse,” he recalled. “The Sargent came and said a truck would come for us in the morning. He said if you don’t know why you are here fighting, you’ll know why when you get there.”

Mr. Eaton said at that time many Americans did not know of the genocide of the European Jews, adding some still do not believe it to be true.

“Some people don’t believe that the moon landing was true — same with the Holocaust,” he said. “We were told don’t feed them, that we could kill them by giving them our rations. They said the doctors would take care of them. I saw some (prisoners) down on the ground who couldn’t get up. There’s no way you can imagine what we saw. It was a wicked mess.”

He also recalled there were railroad boxcars filled with corpses.

“They were stacked up like pulp wood,” he said.

Years later when attending the dedication of the Holocaust Museum in Washington D.C., as a member of the Rainbow Division a Holocaust survivor, seeing his rainbow insignia, singled out Mr. Eaton to shake his hand and thank him.

After the liberation the 42nd Division continued to Munich and when the war ended May 7, 1945 the division stayed on with the occupying forces in Austria.

Mr. Eaton wants his great grandchildren and others to know that the Holocaust occurred and that something similar could happen again if we are not vigilant.

The experience has stayed with him.

“I had an awful time the first summer I was home,” Mr. Eaton recalled. “I wanted to be alone. I didn’t want to talk to anyone. I couldn’t sleep and would ride around alone at night.”

Recently, he had another sleepless night with thoughts of the concentration camp.

“When there was a barn fire in Copenhagen I went up to see it,” he recalled. “A lot of cows were burned. The odor of the dead brought back memories of Dachau.”

Life went on after his return stateside, Mr. Eaton went to work in a garage in Alexandra Bay, then for a while in the coal mines of West Virginia.

Returning to the north country, he went to work for E.E. Hall Excavating. On Aug. 17, 1950, he “married the boss’s daughter,” Marjorie Hall. The couple settled in New Bremen and had four children — Harvey, Amy (Schantz), Bradley and Carrie (Stockwell).

Mr. Eaton operated his own log trucking business, from 1955 to 1962, hauling pulp to paper mills, then went to work for Hoch Brothers Concrete in Watson, retiring in 1988.

As a retirement gift, the Hochs gave Mr. and Mrs. Eaton a trip to Germany where they toured the places Mr. Eaton had seen during his war years.

After that Mr. Eaton became involved in War World II veterans reunions. He is also a member of the Croghan American Legion Post 1663 and Veterans of Foreign Wars Memorial Post 6912 in Lowville.

He returned to Germany again to dedicate a plaque at Dachua and was to visit last May with fellow Rainbow Division veterans.

The organization that operates the Dachau Concentration Camp memorial invited members of the division to attend the 75th anniversary of the concentration camp’s liberation.

According to Mr. Eaton, the organization was going to pay for the flight and accommodations for the trip for himself and a companion. Both his sons had planned to join him on the trip but it was canceled due to the pandemic.