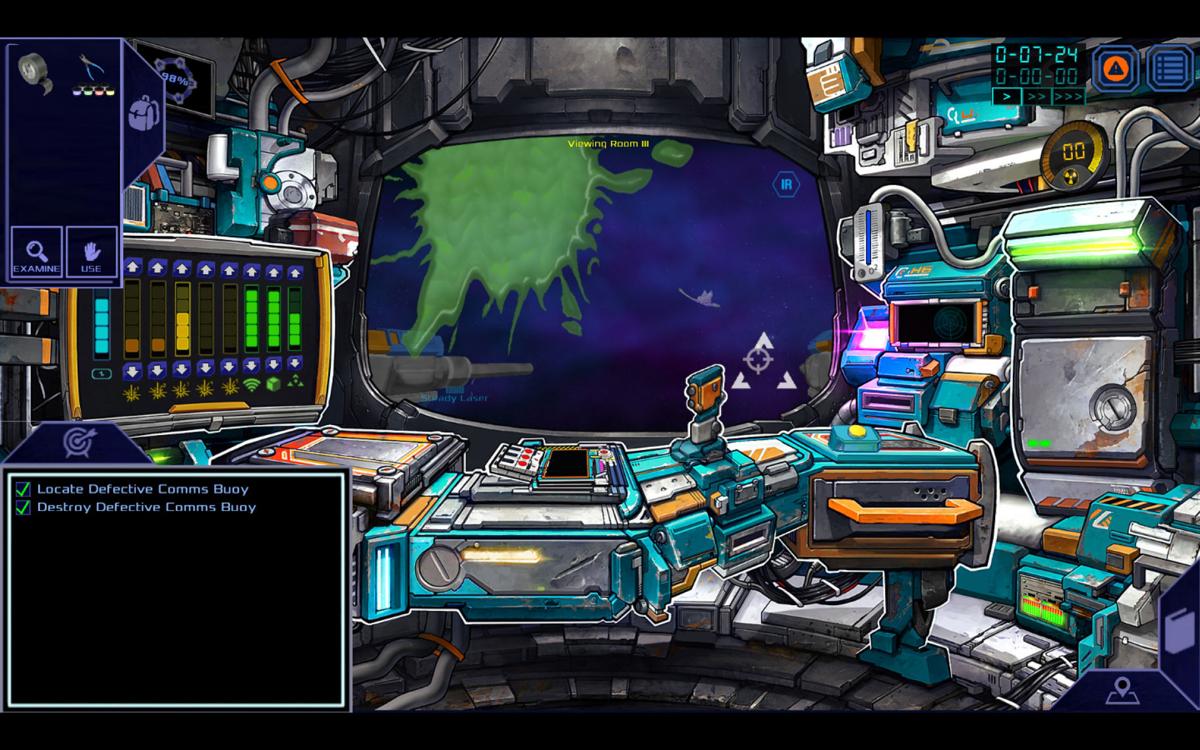 A blob of space goo from an alien beast obscures the player’s vision out of one of the five viewing platforms on the ship. 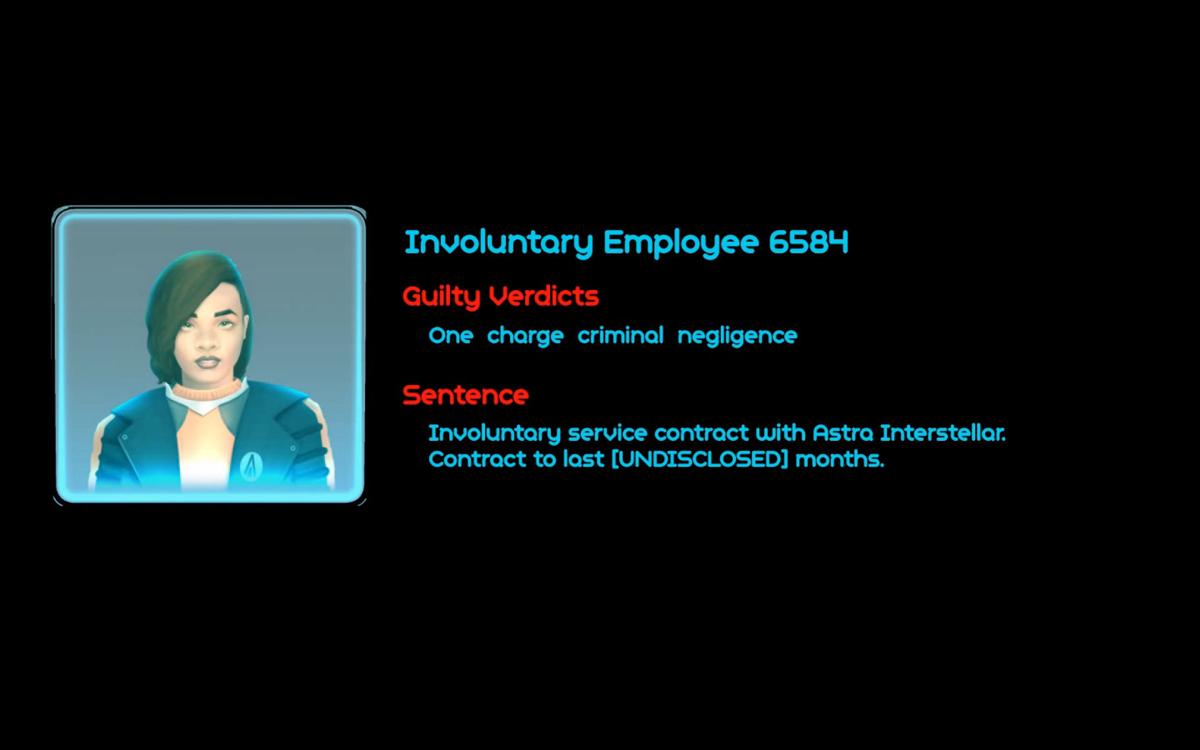 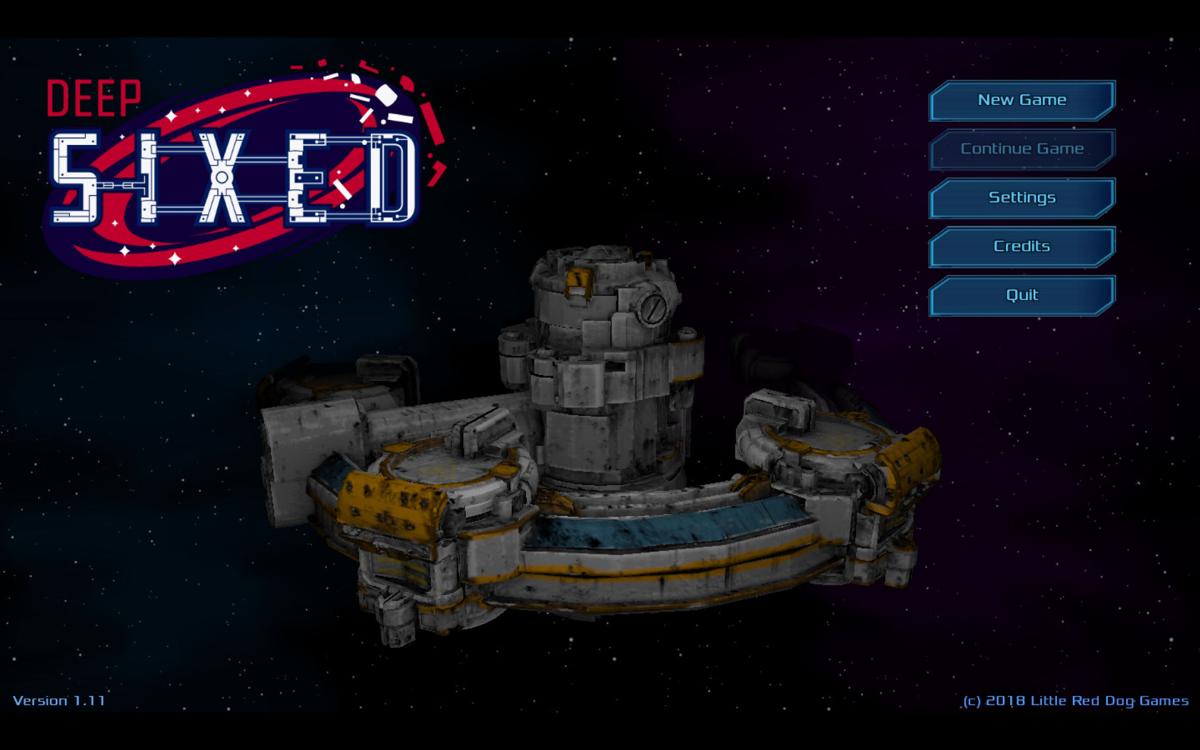 Opening screen of ‘Deep Sixed,’ with the player’s decrepit spaceship. 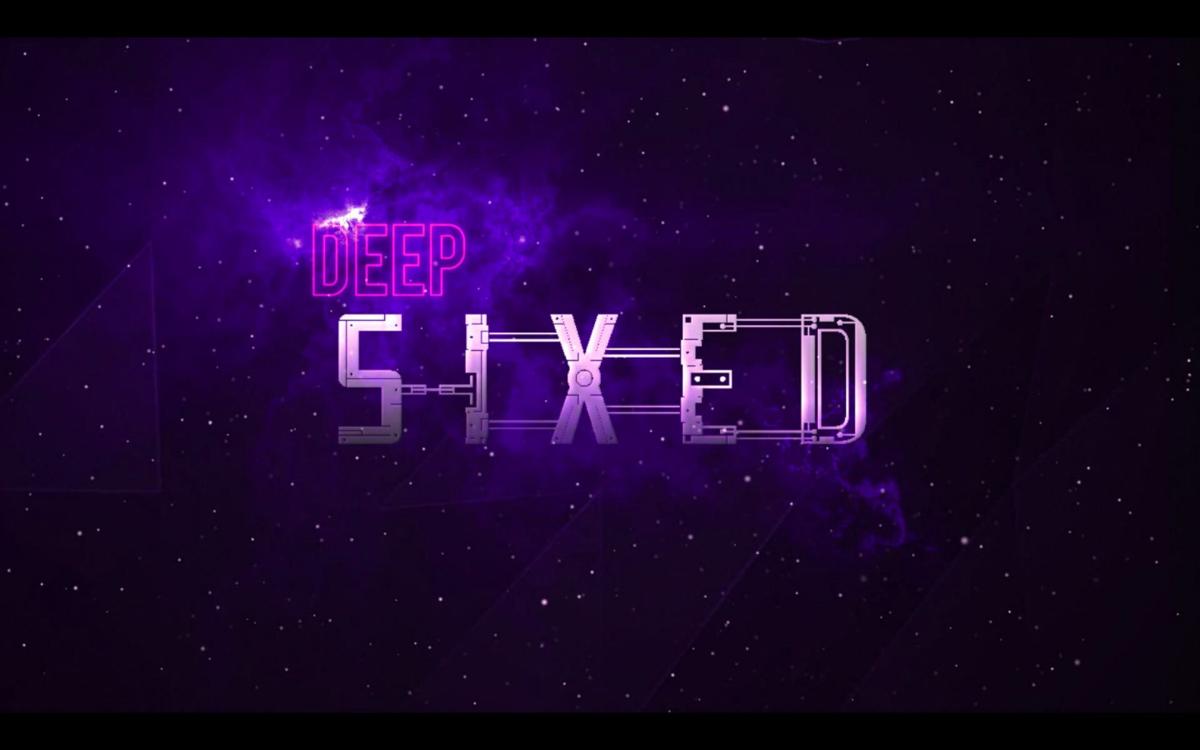 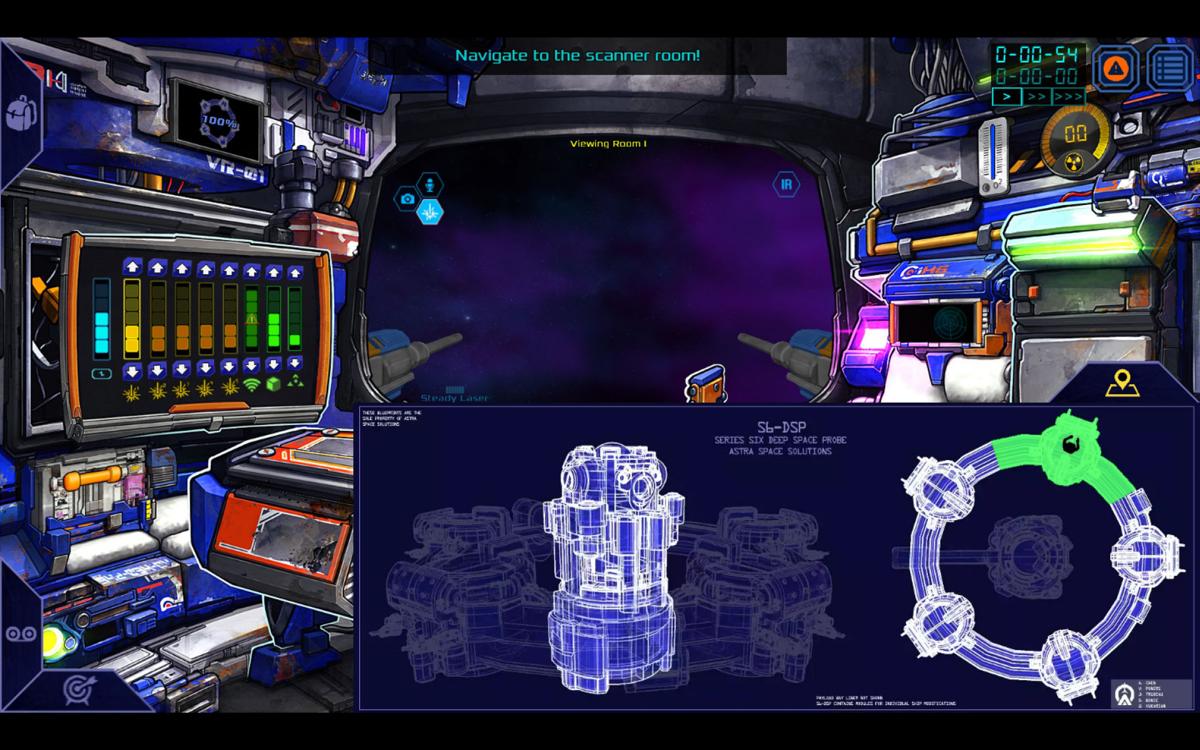 A map of the player’s ship. 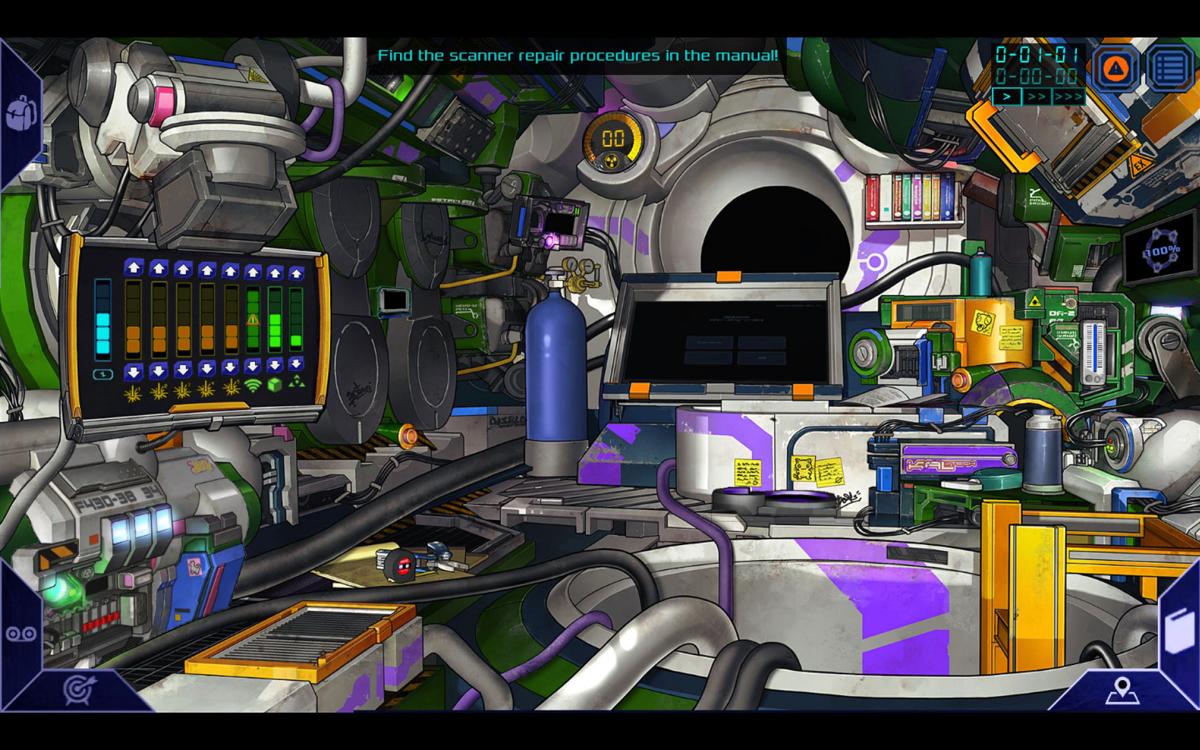 The reactor room keeps the ship going, but comes with its own challenges and dangers.

A blob of space goo from an alien beast obscures the player’s vision out of one of the five viewing platforms on the ship.

Opening screen of ‘Deep Sixed,’ with the player’s decrepit spaceship.

A map of the player’s ship.

The reactor room keeps the ship going, but comes with its own challenges and dangers.

POTSDAM — A cynical engineer is confined aboard a decaying spaceship in an unknown nebula surrounded by aggressive space beasts with a less-than-helpful artificial intelligence as her only companion.

What could possibly go wrong?

That is the setting for “Deep Sixed,” a computer game released Monday by the Potsdam-based Little Red Dog Gaming, an independent company founded by a local husband-and-wife team, Ryan S. Hewer and Krystal M. Hewer.

“We’re both really interested in science fiction, and we both really enjoy games where, like, everything that can go wrong will go wrong,” Ms. Hewer said. “Also, thinking about things going on in our life where we were knocking one problem out, another problem would arise.”

In “Deep Sixed,” the player is sentenced to serve a prison term in a remote part of the galaxy, carrying out tasks for a large corporation. The player’s ship is divided into rooms full of scanners, ventilation systems, electric panels, battery power and more, all of which can and will fail.

A typical mission might see the player running around the ship, collecting wire cutters from one room and flipping circuit breakers in another to fix a power outage in a third, just in time to fire up the lasers and defeat a hostile space beast attempting to eat through the hull. Fail in this, and your character will die. Succeed, and you might have enough time to fix a fried circuit board in the scanner and find ore deposits before the next disaster strikes.

Little Red Dog Gaming is a passion project for Mr. and Ms. Hewer, who are both self-taught in game design.

After graduating college, Mr. Hewer spent 10 years as an official and diplomat covering the Middle East for the Canadian government.

“I met Krystal, sold everything I owned, moved to the United States,” he said.

But both the Hewers love making games.

“We game-ify everything for each other,” Ms. Hewer said. “We game-ify our birthdays; we always love board games.”

Little Red Dog Gaming is the result of this love, named after their late shiba inu, Neeko.

This is their second game as Little Red Dog Gaming. Their first, “Rogue State,” lets players try their hand as a middle eastern dictator struggling to keep his country together.

Building on that experience, the Hewers grew their team, finding artists, designers and programmers from around the world. Deep Sixed was made by a team of 11, including people from the United States, Canada, Mexico, Poland, Italy and Germany. The lead programmer, in Germany, is full-time; everyone else works part-time or as a subcontractor.

Because of the time zone difference, Little Red Dog operates on a 24-hour cycle.

“I’ll go to bed with problems and I’ll wake up, and they’ll be solved,” Mr. Hewer said.

Mr. and Ms. Hewer worked with their team on “Deep Sixed” in their spare time, around full-time teaching schedules and the birth of their now-1-year-old daughter.

They tried to fund the development with a Kickstarter online campaign, but raised only $4,000 of their $15,000 goal. So they cut back on parts of the project, took out some loans, learned new skills rather than contracting some aspects out, and picked up second jobs.

“Everyone on the game tightened our belts a little bit, because we believed in the game,” Mr. Hewer said.

While it is difficult to launch a commercially viable game among the huge flood of new content, the game has already received attention from several prominent YouTube channels and “Rock Paper Shotgun,” a prominent gaming news website. Now the Hewers just have to wait and see how well it sells.

“If ‘Deep Sixed’ does well — if, big if — we’re going to be doing a sequel to ‘Rogue State’ that is conceptually similar, but mechanically 100 percent different,” Mr. Hewer said. “We could do so much now — it’s no longer our talent or ability that’s our bottleneck, it’s our budget.”

“Deep Sixed” is available for purchase on Windows and Apple operating systems through Steam. To see the trailer, visit https://www.youtube.com/watch?time_continue=4&amp;v=UNrfARFc99s.