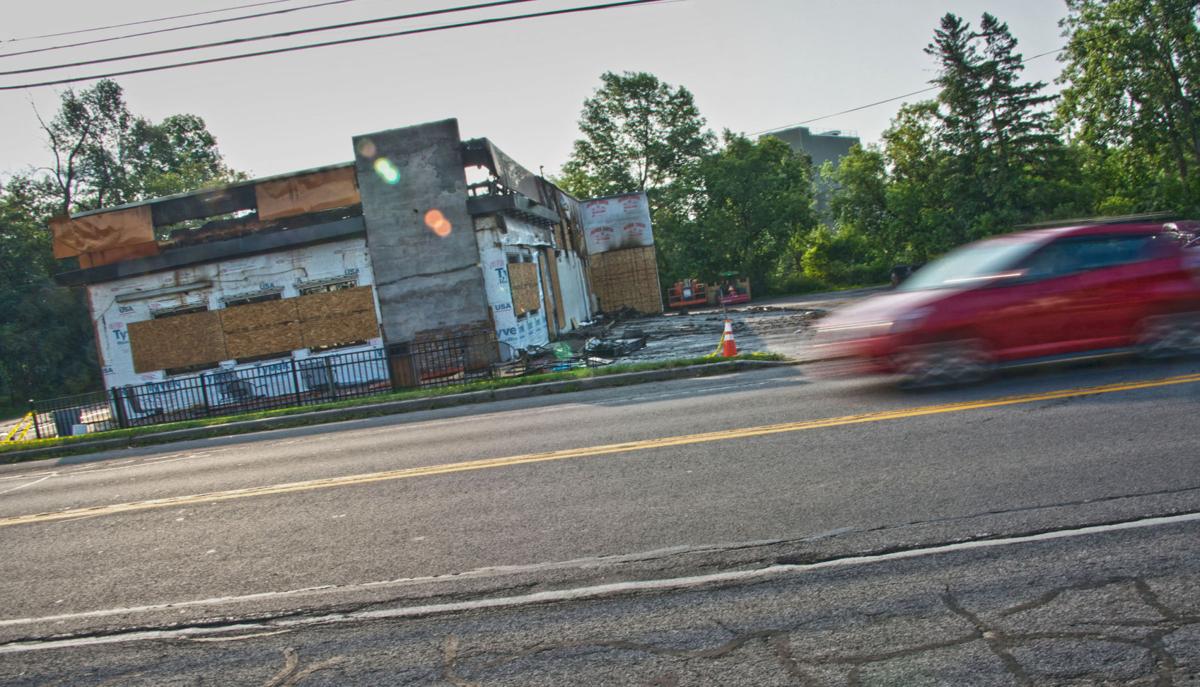 The fire-damaged Dairy Queen on Gouverneur Street in Canton is still closed after an August arson incident. 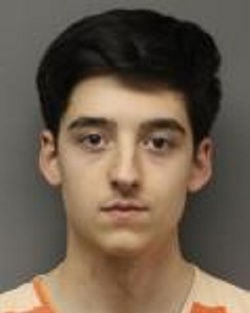 The fire-damaged Dairy Queen on Gouverneur Street in Canton is still closed after an August arson incident.

CANTON — The former Canton man charged in connection with the burglary and arson of the Gouverneur Street Dairy Queen and the stabbing assault of his wife in a separate incident is heading to prison.

On Aug. 5 at the Dairy Queen at 51 Gouverneur St., he intentionally set fire to a trash can in the business using a grill lighter, damaging the building.

He also admitted that on Jan. 11, in the town of Norfolk, he intentionally caused serious physical injury to his wife, Zaynah E. Horrocks, by using a knife to puncture her neck.

As part of the deal, which came before a scheduled suppression hearing, he will be sentenced to 15 years in prison and five years of post-release supervision; remaining charges of third-degree burglary, fourth-degree grand larceny and third-degree criminal possession of a weapon will be satisfied.

Orders of protection were issued against him in favor of his wife, who Mr. Horrocks’s attorney said has initiated divorce proceedings. An order of protection has also been issued in favor of the Dairy Queen owner. Mr. Horrocks will also have to pay an unspecified restitution; $750 in court fines, fees and surcharges will be reduced to judgment.

If he was convicted at trial, Mr. Horrocks faced being sentenced to a minimum of 30 years and a maximum of 40 years in prison.

The indictment pertaining to the Dairy Queen crime charged on Aug. 5 in the village of Canton, Mr. Horrocks entered the building with the intent to commit a crime, stole property of value exceeding $1,000 and intentionally started a fire which then damaged the building.

At the time of his Aug. 7 arrest by the Canton Village Police, Mr. Horrocks was accused of entering the Dairy Queen building and stealing $2,100 in cash and coins.

In a statement to police, Mr. Horrocks admitted purchasing tools from Walmart with the intent to use them in the burglary and entering the Dairy Queen through a hole in the rear of the building. He admitted taking an estimated $1,500 in cash from three registers, then igniting a trash bin with a lighter used to light the grill, police said.

On Jan. 11, Mr. Horrocks was again arrested, this time by state police, and charged with felony first-degree assault and third-degree criminal possession of a weapon after he stabbed his wife in the neck with a knife. The weapons possession charge was elevated to a felony due to a previous conviction, on May 26, 2017, in Jefferson County Court, of third-degree forgery.

Mr. Horrocks told state police investigators that the whole incident stemmed from a nightmare about a “shadowy figure” and that he stabbed his wife with a knife he kept bedside to clean his marijuana pipe with.

In court Friday, he told County Court Judge Jerome J. Richards that, three hours prior to his plea, he took his prescribed anti-psychotic medication.

“During the nightmare I recall a shadowy figure coming at me with his/her arms,” he told investigators at the time of his arrest. “I remember starting to lash out. I remember having a knife in my hand, but I do not know how I got it there. I think the knife was in my right hand, that was the hand it was in when I came to.”

He told investigators he believed the person in bed with him was the person attacking him in his nightmare and began to strike the person, who was his wife, with the knife in his hand.

“I kept the knife beside my bed to clean out my marijuana pipe,” Mr. Horrocks told investigators in his written statement. “I also had something else in my hand I struck her with but I can’t recall what it was. I think the physical altercation with my wife lasted approximately one minute or less.”

He said once he came out of the dream state he immediately ceased attacking his wife who had “several cuts on her head and neck and also looked like she was hit with something.” He said he was shocked at his actions and the blood that was everywhere.

His wife then went next door, to the 687 County Route 38 home of her aunt and uncle, Sally and George Blair,

“... I could see blood running down the front of her,” Mr. Blair told troopers. He said his wife “... got cloths for her to put on her neck ... and tried to calm her. Zaynah kept saying that she didn’t want to die.”

Mr. Horrocks came in shortly afterward and gave Mr. Blair what he described as a pink-handled paring knife that Mr. Horrocks said he used in the stabbing.

“Words can’t describe how sorry I am,” Mr. Horrocks told investigators. “I have been diagnosed with anxiety and have not taken my medication for a few days. I have no idea why I did this.”

After troopers arrived, Mrs. Horrocks was taken to Canton-Potsdam Hospital and later to Upstate Medical University, Syracuse, where she was initially listed in critical condition. She was treated and has since been released.

Sentencing is scheduled for June 10 and Mr. Horrocks was returned to St. Lawrence County jail without bail.