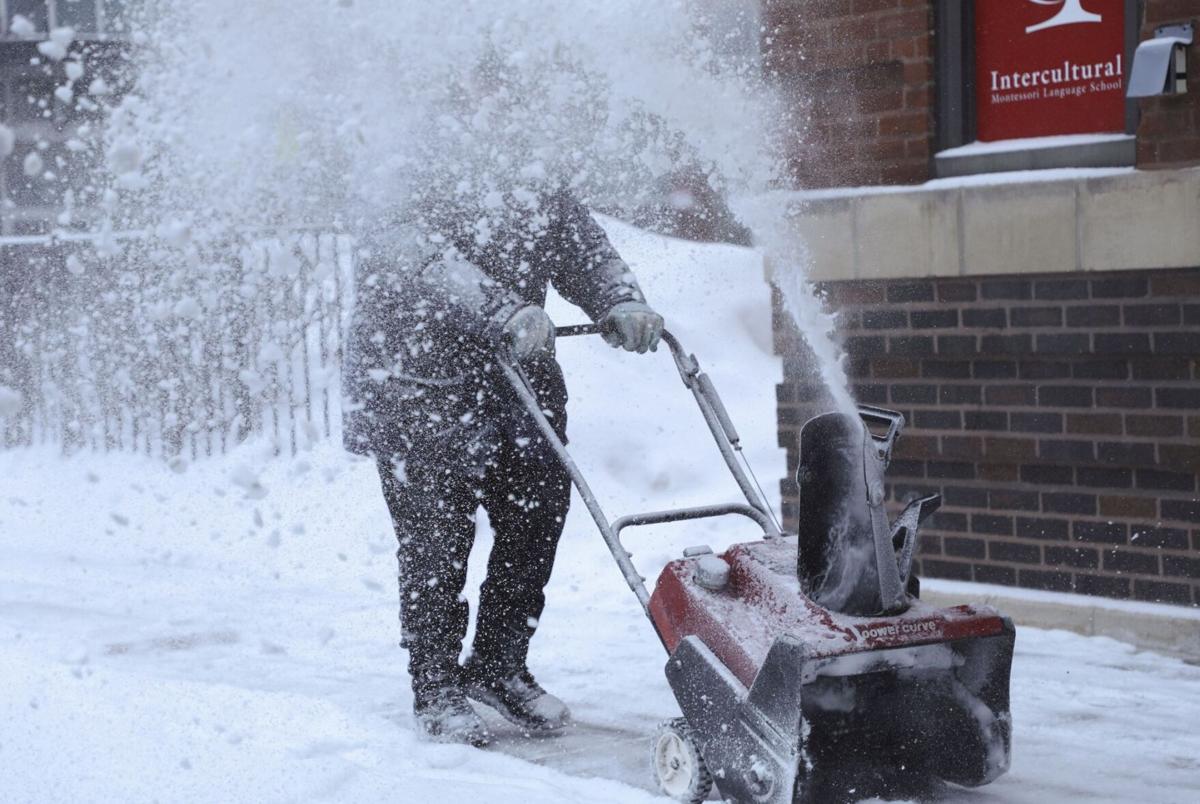 A worker clears snow off a sidewalk in the West Loop on Saturday in Chicago. Abel Uribe/Chicago Tribune/TNS 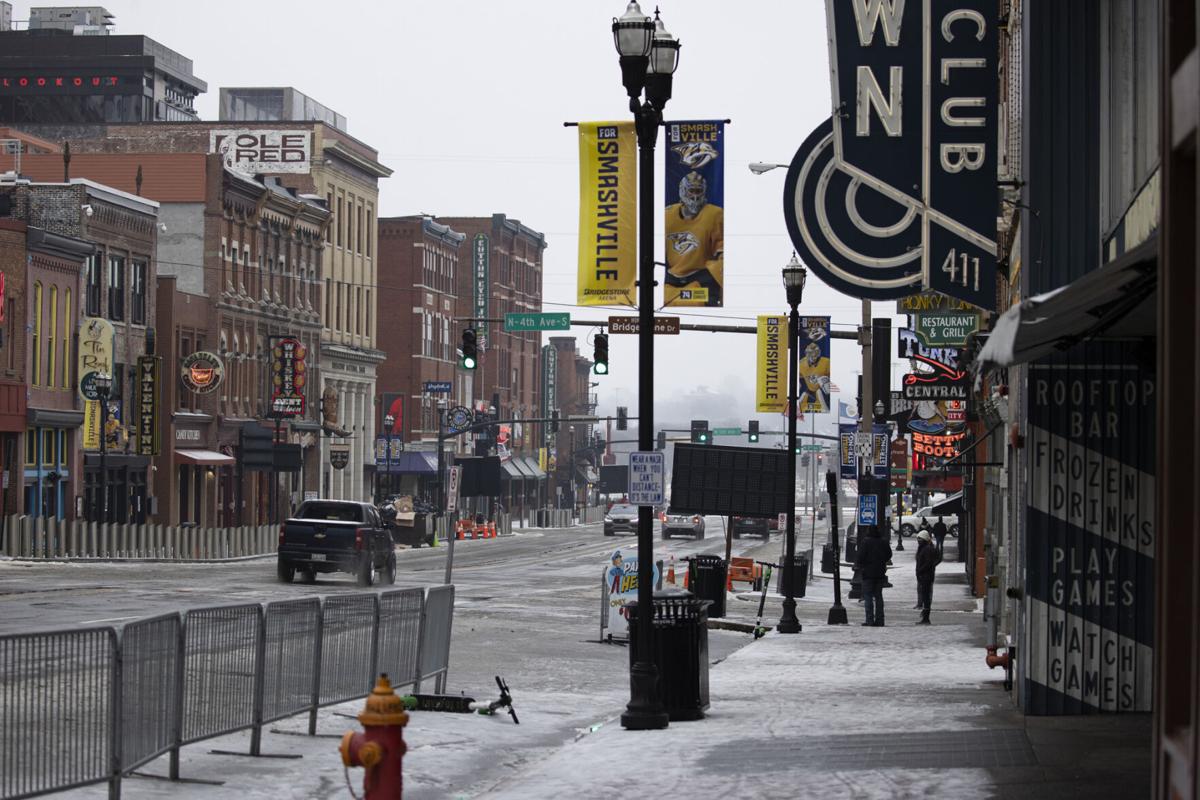 A general view of Lower Broadway in downtown Nashville, Tenn., is seen after an overnight mix of sleet and freezing temperatures coated the city in ice on Monday. Major winter storms have swept across 26 states with a mix of freezing temperatures and precipitation. Brett Carlsen/Getty Images/TNS

A worker clears snow off a sidewalk in the West Loop on Saturday in Chicago. Abel Uribe/Chicago Tribune/TNS

A general view of Lower Broadway in downtown Nashville, Tenn., is seen after an overnight mix of sleet and freezing temperatures coated the city in ice on Monday. Major winter storms have swept across 26 states with a mix of freezing temperatures and precipitation. Brett Carlsen/Getty Images/TNS

Winter weather advisories were in effect for almost half of the country Monday as a wicked storm system triggered heavy snowfall, freezing rain and dangerous road conditions across the U.S., with temperatures plunging below zero in some states and millions of Americans spending the Presidents Day holiday without power.

The National Weather Service said the storm was expected to bring “frigid arctic air,” record-setting snowfall and “dangerously cold wind chills” from coast to coast through at least Tuesday. The brutally cold weather has led to emergency declarations in at least seven states from the Northwest to the South, including Oregon, Kentucky, Alabama and Mississippi, as well as tornado watches along the Gulf Coast.

In Texas, where most residents are not used to snow emergencies, a disaster declaration was issued over the weekend in anticipation of dangerously low temperatures and messy road conditions. The border city of El Paso registered a record low of 14 degrees Fahrenheit late Sunday, beating the previous record of 18 degrees set in the late 1800s, according to the National Weather Service.

The historic storm has caused hundreds of crashes, stranded numerous drivers and forced state officials to implement rotating power outages, meaning thousands of households and even traffic lights would lose electricity for short periods of time Monday to prevent a massive blackout.

“Energy conservation is critical,” the Electric Reliability Council of Texas said in a tweet. “Rotating outages are underway to reduce demand on the electric system. We urge Texans to put safety first during this time.”

As of 1:30 p.m., more than 2.8 million customers were without electricity in Texas, according to PowerOutages.us, which tracks data from utilities across the country. Other states experiencing power outages include Oregon, with nearly 320,000 customers in the dark, as well as Louisiana and Virginia, with more than 100,000 outages each.

In an advisory Monday morning, the National Weather Service said 6 to 12 inches of snow was forecast from the Ohio Valley and eastern Great Lakes all the way to northern New England. From Texas to southern New England, meanwhile, freezing rain appeared to be the main threat, with significant ice accumulation expected to cause “a plethora of problems” in the region, according to the agency.

A tornado watch was in effect for parts of Alabama, Florida and Georgia until 6 p.m. Monday. Officials said more than 1.6 million people could be affected by tornadoes, hail and winds of up to 80 mph across those three states.

Some states also experienced thundersnow, a relatively rare weather event that was reported in parts of Arizona, Louisiana, Mississippi and Texas.

The weather service said that “this impressive onslaught of wicked wintry weather” was the result of both strong arctic high pressure with sub-freezing temperatures and an active storm track “escorting waves of precipitation” across the country.

The massive storm caused numerous crashes and pileups in recent days, some of them fatal. At least six people died in Texas on Thursday, and there was one person killed in Kentucky and another in Oklahoma on Sunday, according to CNN. In Houston, more than 130 crashes were reported Sunday across the city, including a 10-car pileup, Police Chief Art Acevedo said.

Officials urged drivers to avoid traveling during the storm given the challenging road conditions and power outages.

“Most roads are certainly not safe for passage and many signals are also not operational due to power outages,” the Texas Department of Transportation tweeted.

The severe weather has also disrupted air travel, with about 3,000 flights canceled across the country Monday, the Associated Press reported.