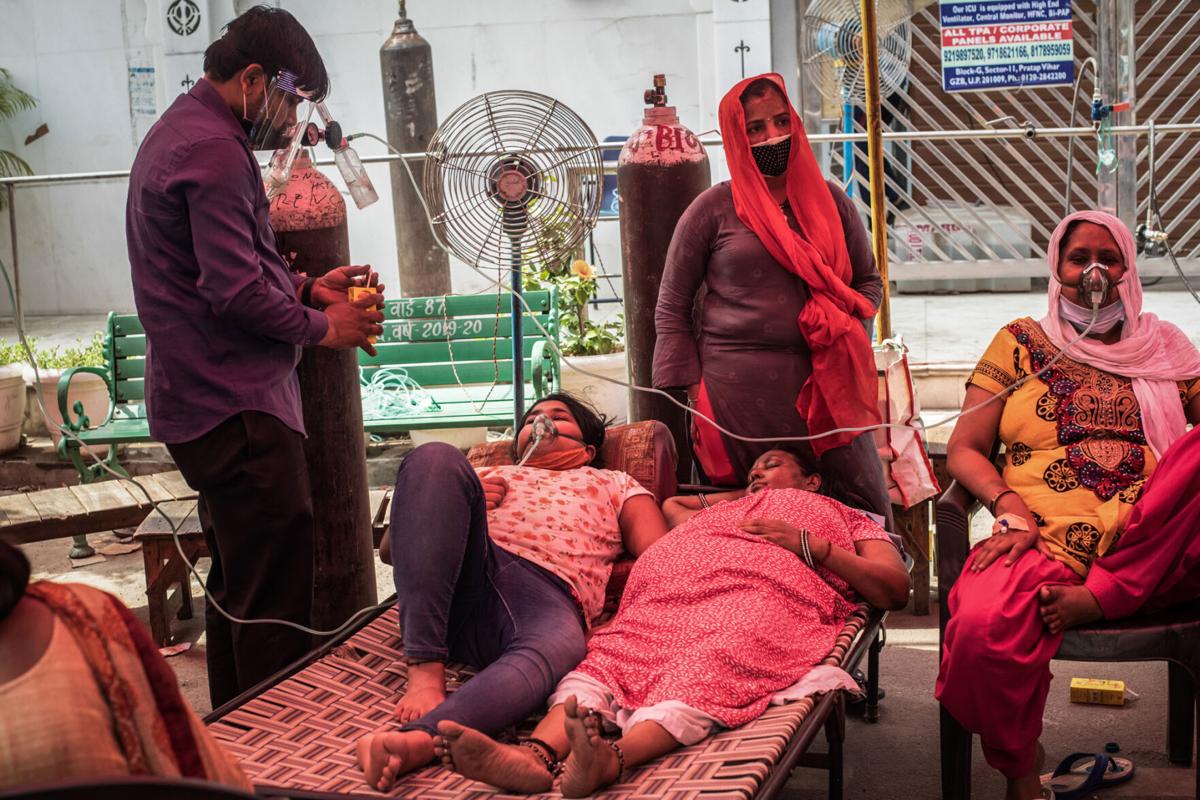 Patients suffering from COVID-19 are treated with free oxygen at a makeshift clinic outside the Shri Guru Singh Sabha Gurdwara on Sunday, May 2, 2021 in Indirapuram, Uttar Pradesh, India. Rebecca Conway/Getty Images/TNS 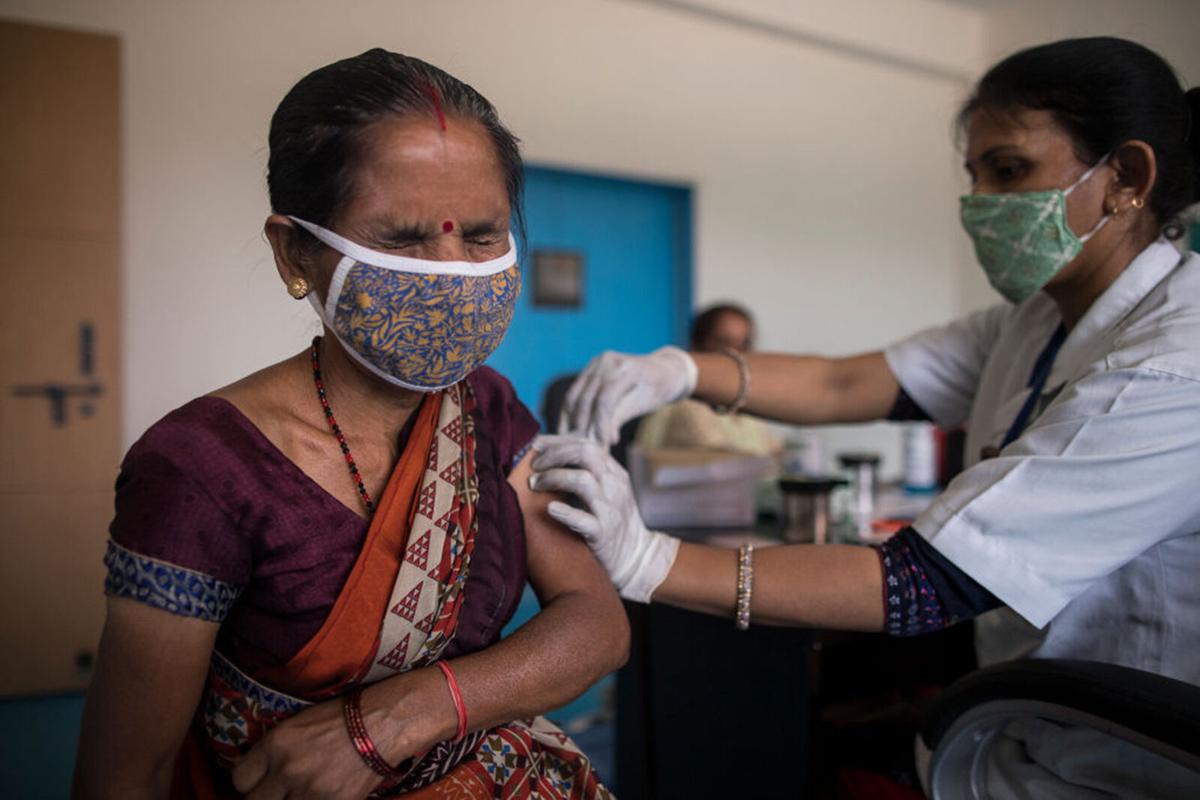 A medical worker inoculates a woman with the COVID-19 vaccine at a district hospital on April 22 on the outskirts of New Delhi, India. Anindito Mukherjee/Getty Images/TNS

Patients suffering from COVID-19 are treated with free oxygen at a makeshift clinic outside the Shri Guru Singh Sabha Gurdwara on Sunday, May 2, 2021 in Indirapuram, Uttar Pradesh, India. Rebecca Conway/Getty Images/TNS

A medical worker inoculates a woman with the COVID-19 vaccine at a district hospital on April 22 on the outskirts of New Delhi, India. Anindito Mukherjee/Getty Images/TNS

As Americans continue to take steps toward normal life, India and several other countries are dealing with an explosion of new coronavirus infections likely to delay the world’s recovery from the deadly crisis, health authorities warned Monday.

The number of COVID-19 cases reported around the world in the last two weeks was higher than the total of confirmed infections in the first six months of the pandemic, according to the World Health Organization. India and Brazil, which are going through their worst days since the pandemic began, account for more than half of last week’s cases, the agency said.

WHO’s director-general, Tedros Adhanom Ghebreyesus, said many other countries also face “a very fragile situation” and are running out of basic hospital supplies.

“What is happening in India and Brazil could happen elsewhere unless we all take these public health precautions that WHO has been calling for since the beginning of the pandemic,” he told reporters during a news briefing in Geneva.

Ghebreyesus said vaccines are “part of the answer,” but he called on the world’s richest countries to lead a global effort to help nations with limited vaccine supplies.

“We face a shared threat that we can only overcome with shared solutions,” he said. “Sharing financial resources, sharing vaccine doses and production capacity and sharing technology, know-how and waiving intellectual property.”

India’s coronavirus outbreak has reached catastrophic levels in recent days, with places of worship turning into makeshift hospitals and crematoriums becoming overcrowded, especially in densely populated cities like Mumbai and New Delhi. On Saturday, Indian officials reported more than 400,000 new cases for the first time. It was part of a 10-day stretch of more than 300,000 daily cases across the country.

The nation of 1.3 billion people has the second highest number of confirmed cases, with nearly 20 million infections so far. The U.S. still has the highest, with more than 32 million.

Other countries reporting alarming numbers of new infections include France, Iran and Turkey.

A top official with the Biden administration said Sunday that the federal government has sent multiple military transport planes loaded with supplies, including oxygen, to help India with its battle against the fast-moving virus.

The outbreak in India and Brazil has raised fears of new variants popping up across the world that could potentially spread and resist current vaccines.