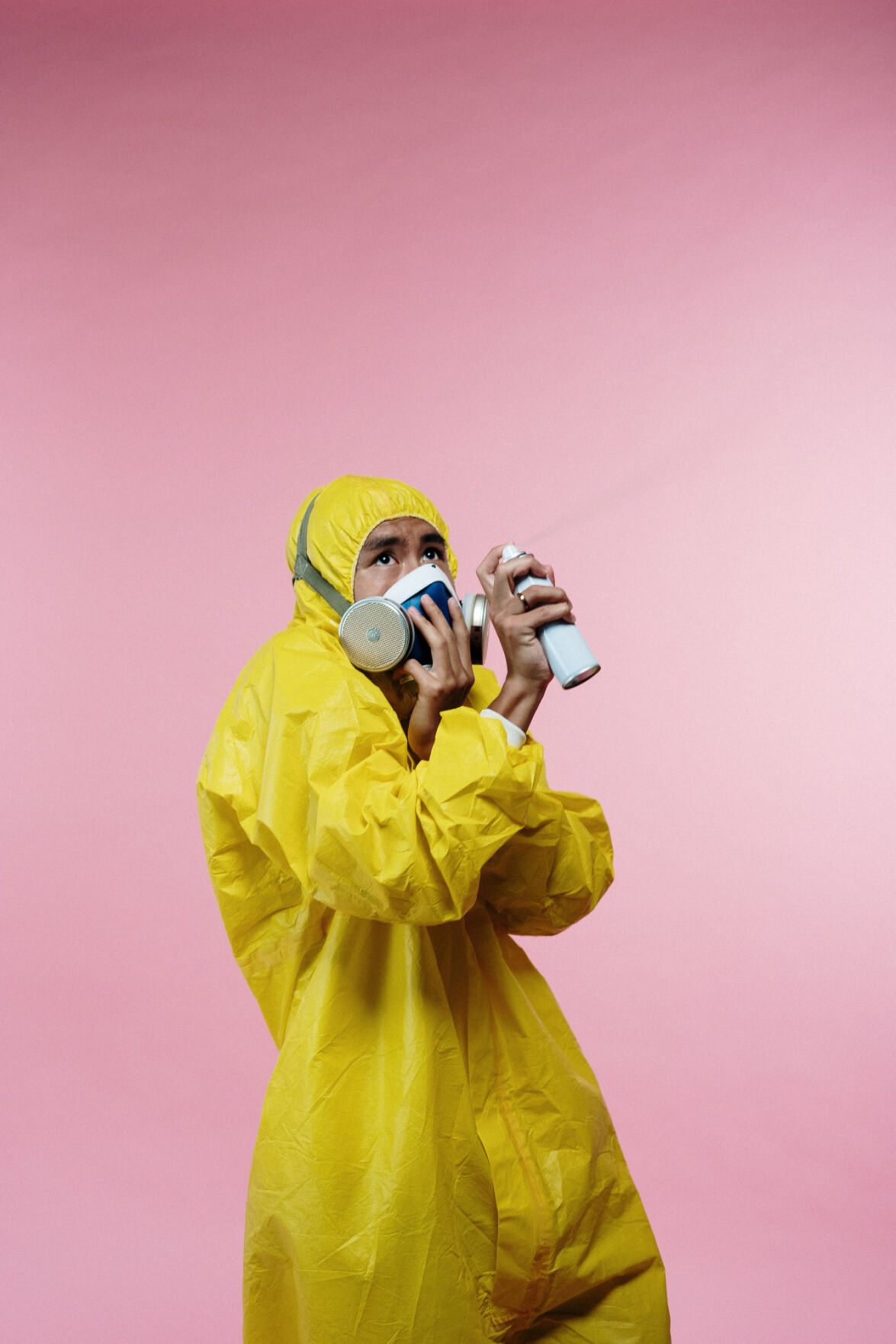 Don’t be afraid. There are a lot of concerning vaccination myths out there, but listening to the experts will help you avoid falling down some strange rabbit holes. Pexels 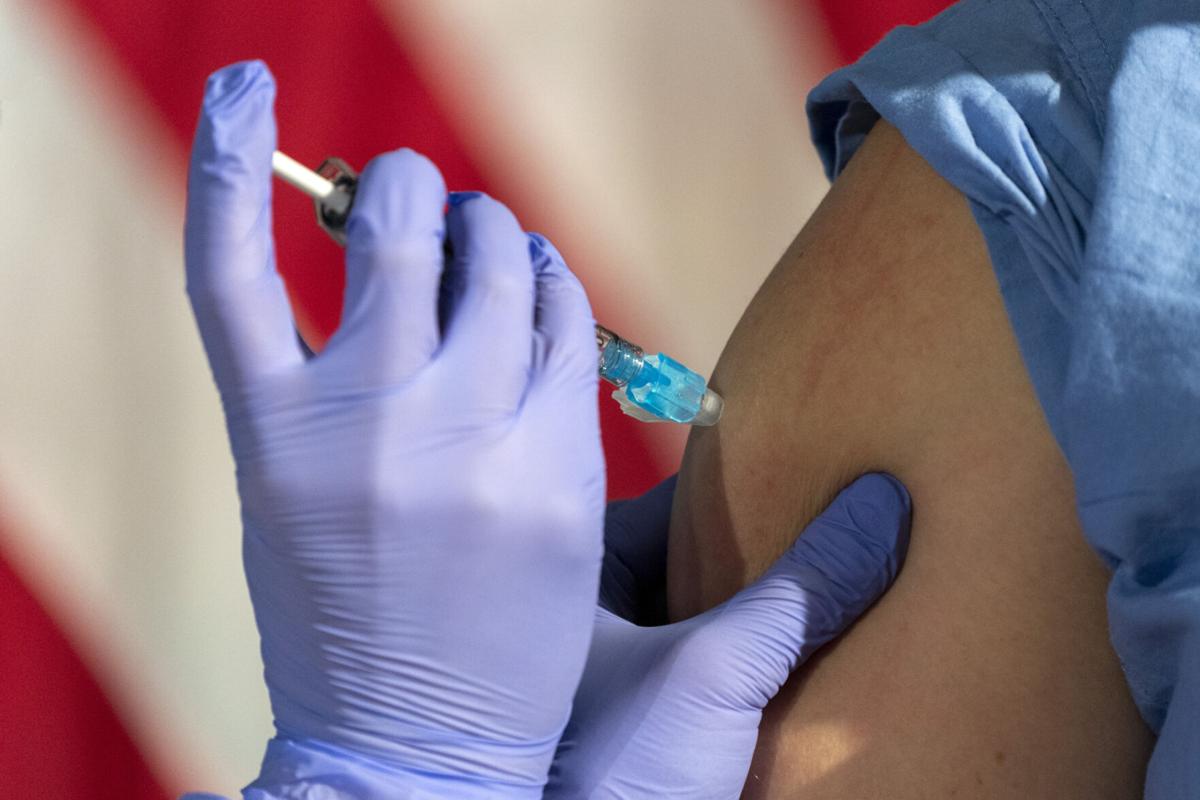 Don’t be afraid. There are a lot of concerning vaccination myths out there, but listening to the experts will help you avoid falling down some strange rabbit holes. Pexels

CHICAGO — If you want an idea of the conspiracy theories that hang over COVID-19 vaccines, there’s no better summation than a 40-second TikTok video posted in October by a performer named Taylor Rousseau.

As a melodramatic song plays, Rousseau, young, blonde and elaborately mascaraed, silently portrays a woman beaten to death for refusing to take a vaccine that contains a microchip carrying the mark of the beast. At the end, she enters a heavenly skyscape emblazoned with the words: “Well done, good and faithful servant.”

The video has been seen more than 680,000 times, garnered 47,000 likes and, despite thousands of mocking comments (“Ma’am, this is a CVS”), earned plenty of positive reviews.

“This is so incredibly powerful,” one viewer wrote.

Therein lies a challenge for public health officials trying to convince a wary portion of the public that the COVID-19 vaccines are safe and effective. Phony assertions have circulated for months on social media, joining a current of anti-vaccine sentiment that has grown stronger over the last 20 years.

A poll released last week showed that only 47% of Americans plan to get the vaccine. Those who didn’t want it mostly said they were concerned about side effects and the development and approval process, though the poll didn’t ask about many widely circulating myths.

Zizi Papacharissi, a communication and political science professor at the University of Illinois Chicago, said social media have made it easy to amplify vaccine fabrications. Though companies like Facebook and YouTube have pledged to suppress such misinformation, she said that happens only after it has already spread.

“Any action they take is retroactive,” she said. “ ... Putting something over it that says, ‘This is possibly misinformation,’ or taking the post down, it’s not really going to help. In fact, it might do the opposite. It might attract even more attention.”

As the rollout begins, here are common myths about the COVID-19 vaccine and what experts have to say about them:

Myth 1: The vaccine contains a microchip

The fear of being tracked via surreptitiously implanted microchips has existed for years, but some researchers say it became linked to COVID-19 vaccines during episodes of InfoWars, the Internet show produced by conspiracy theorist Alex Jones.

The idea is that the chips will allow the government and corporations to surveil people who get the vaccine. Microsoft founder Bill Gates and cell towers using 5G technology are also allegedly involved.

Thomas Hope, professor of cell and developmental biology at Northwestern University Feinberg School of Medicine and a COVID-19 vaccine researcher, said that technology does not exist. And even if it did, he said, the microchips would have to find their way into multiple vaccines created by different companies.

“If someone (advancing this theory) has a phone in their hand, I would say you’re being tracked right now,” he said. “Why would someone else have to do it?”

Myth 2: The vaccine will alter your DNA

A video that misrepresents remarks Gates made about COVID-19 vaccines has convinced some they can change DNA, the molecule that contains a person’s genetic code.

The video appears to confuse DNA with messenger RNA, which is used by the new vaccines to direct cells to create components of the coronavirus, though not the entire thing. Immune cells detect those components and create antibodies that ward off the actual coronavirus should a person be exposed.

“There’s no DNA with (the) vaccines, so there’s no possibility it could alter your DNA,” he said.

Myth 3: The vaccine will give you COVID-19

This belief appears to stem from the fact that some vaccines, such as those for measles, mumps and chickenpox, do indeed use live but weakened viruses to stimulate an immune response. Flu shots do the same thing with dead influenza viruses.

The messenger RNA vaccines don’t use the coronavirus, live or dead, and thus are incapable of infecting someone with COVID-19, said University of Chicago Medicine infectious diseases expert Dr. Emily Landon.

“These don’t have anything to do with the virus,” she said. “ ... There’s no virus involved in the process of doing this at all, which is why it can be made so much faster (than traditional vaccines).”

Some who received the Pfizer vaccine have reported fleeting side effects reminiscent of COVID-19, including fever, chills and fatigue. But Dr. Robert Cintronberg, executive medical director of infectious disease and prevention for Advocate Aurora Health, said they are just a sign that the immune system is kicking into gear.

“These minor side effects are exactly what we want,” he said.

Myth 4: Our immune systems are better than vaccines

A popular social media claim, circulated by Sen. Ron Paul, R-Ky., and others, says the vaccines are inferior to people’s immune systems in protecting against COVID-19.

This belief conflates two numbers: the survival rate of those who contract the virus, which is about 99%, and the roughly 95% efficacy rate of the vaccines under consideration in the U.S.

Asked about the claim, Cintronberg responded: “Those comments are from people who are not really good at math or biostatistics.”

He said the survival rate still means hundreds of thousands will die from the disease. The vaccines’ high efficacy rate, much higher than that of flu shots, could swiftly bring about herd immunity that would prevent people from encountering the virus at all, he said.

And even though COVID-19 spares the vast majority of people it infects, he said, tens of thousands of people will suffer aftereffects for a long time.

“Even if you don’t die from it, you may have to live with it, which can be disabling,” he said. “I think people don’t understand that, either.”

While this sort of pushback against vaccine myths is happening in many quarters, Papacharissi said it might not be enough to counteract the conspiracy theories. Subscribing to falsehoods has become a form of identity, she said, a way people can reflect the mistrust they feel toward the government and media.

“Until we repair that relationship of trust, we’re going to have problems sharing the truth,” she said.

I've seen similar posts on FB, had a person tell me recently that the vaccine has the Aids virus linked to it... It never ceases to amaze me... one of the recent FB posts related to wearing masks...would cause "suppression of your immune system, everyone knows that, it's common sense"... just supports the claim the US is 27th in the world for education...God help us...