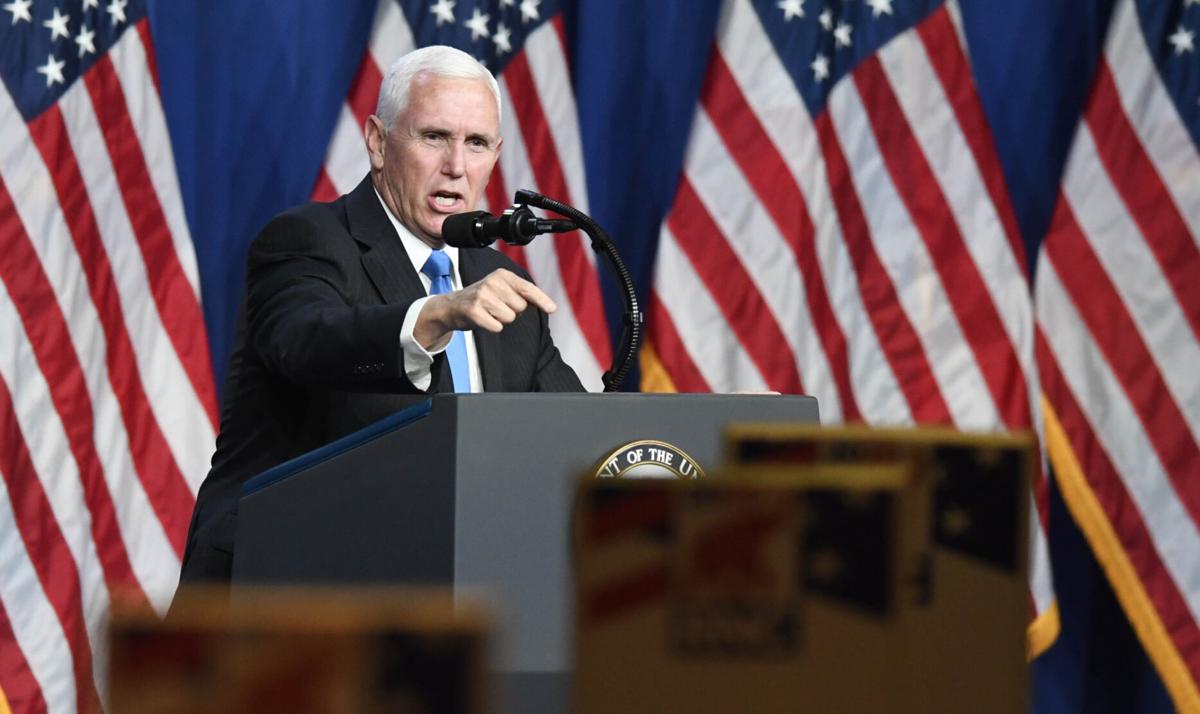 Vice President Michael R. Pence addresses the Republican National Convention at the Charlotte Convention Center in Charlotte, N.C., on Aug. 24. The GOP convention was scaled back this year because of the coronavirus pandemic. David T. Foster III/The Charlotte Observer/TNS 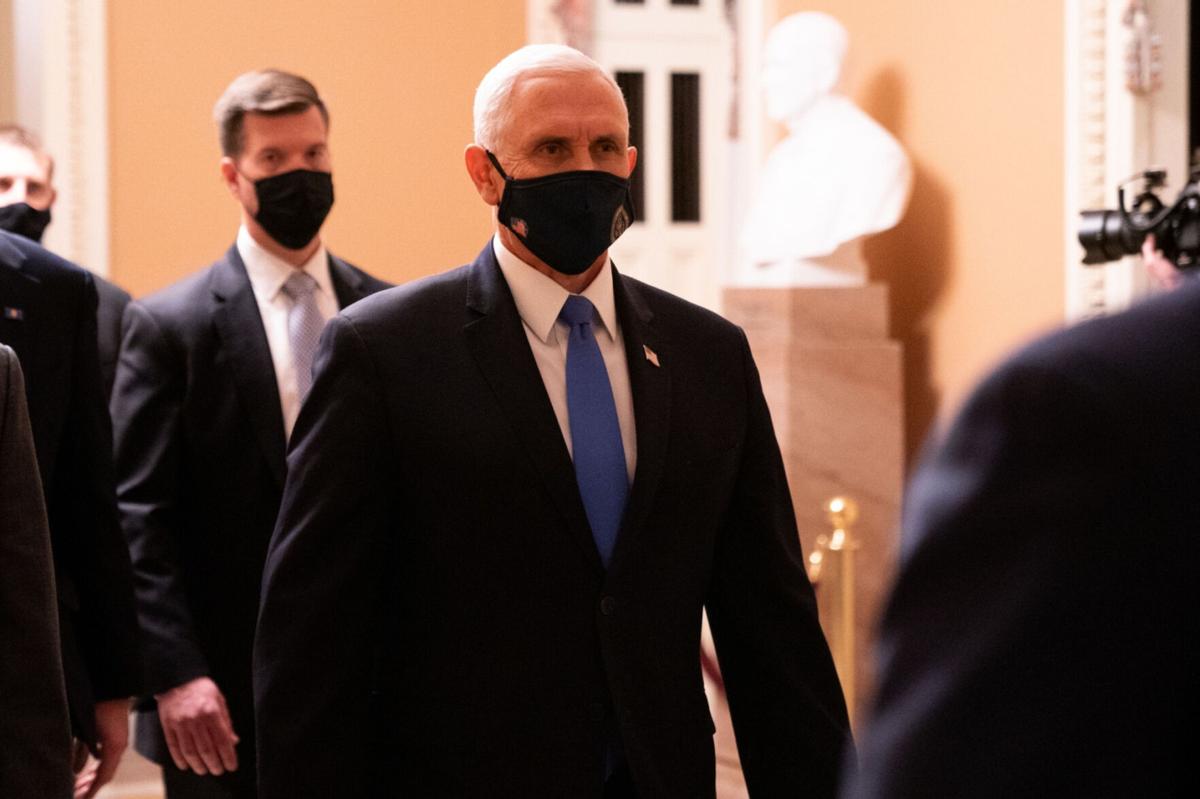 Vice President Michael R. Pence addresses the Republican National Convention at the Charlotte Convention Center in Charlotte, N.C., on Aug. 24. The GOP convention was scaled back this year because of the coronavirus pandemic. David T. Foster III/The Charlotte Observer/TNS

WASHINGTON — In what could be one of the vice president’s final official duties before leaving office on Wednesday, Vice President Michael R. Pence will visit Fort Drum on Sunday to thank soldiers to their service to the nation.

Mr. Pence is expected to appear with his wife, Second Lady Karen Pence, to speak to 10th Mountain Division soldiers, many of whom have recently returned from duty in Afghanistan, the White House announced Wednesday.

The vice president’s visit comes on the heels of President Donald J. Trump’s order issued last year to accelerate a drawdown of U.S. troops in Afghanistan and Iraq.

Fort Drum has been celebrating homecomings of its soldiers, most recently with about 200 soldiers, mostly of the 1st Brigade Combat Team, reuniting with their families on Christmas Eve.

President-elect Joseph R. Biden will be inaugurated as the 46th president of the United States on Jan. 20.

Fort Drum’s 10th Mountain Division is widely known for being the most-deployed unit in the U.S. Army since the war began in Afghanistan nearly 20 years ago.

The last time Vice President Pence visited Fort Drum was when he accompanied President Trump in August 2018. The president and vice president visited 10th Mountain Division soldiers on Aug. 13, 2018, and signed H.R. 5515, the John S. McCain National Defense Authorization Act for fiscal year 2019. The bill covered the $717 billion the U.S. spent on defense in Fiscal Year 2019, as well as a number of policies, acquisitions and goals for the military.

Before coming to the north country on Sunday, the vice president and second lady on Saturday will visit Lemoore, Calif. There, Vice President Pence will deliver remarks to sailors about the Trump administration’s historic foreign policy achievements at Naval Air Station Lemoore, the White House stated.

Rep. Elise M. Stefanik, R-Schuylerville, said in a statement that she will accompany the vice president.

“It is an honor to welcome Vice President Pence to our district to express the Trump Administration’s appreciation for our selfless military community,” the congresswoman said in a statement. “As the chief advocate for Fort Drum and the 10th Mountain Division, I express my sincere gratitude to Vice President Pence and the entire Trump Administration for their unwavering commitment over the past four years to rebuild America’s military readiness and support the brave men and women who proudly serve.”

In her role as assistant managing editor at the Watertown Daily Times, Sydney manages the photo department, social media accounts and NNY360.com.

A well deserved visit to appreciate those who served... Let's pray the rest of the soldiers return safely and such missions aren't needed in the future...but it they are, we'll won't hesitate to protect our interests...