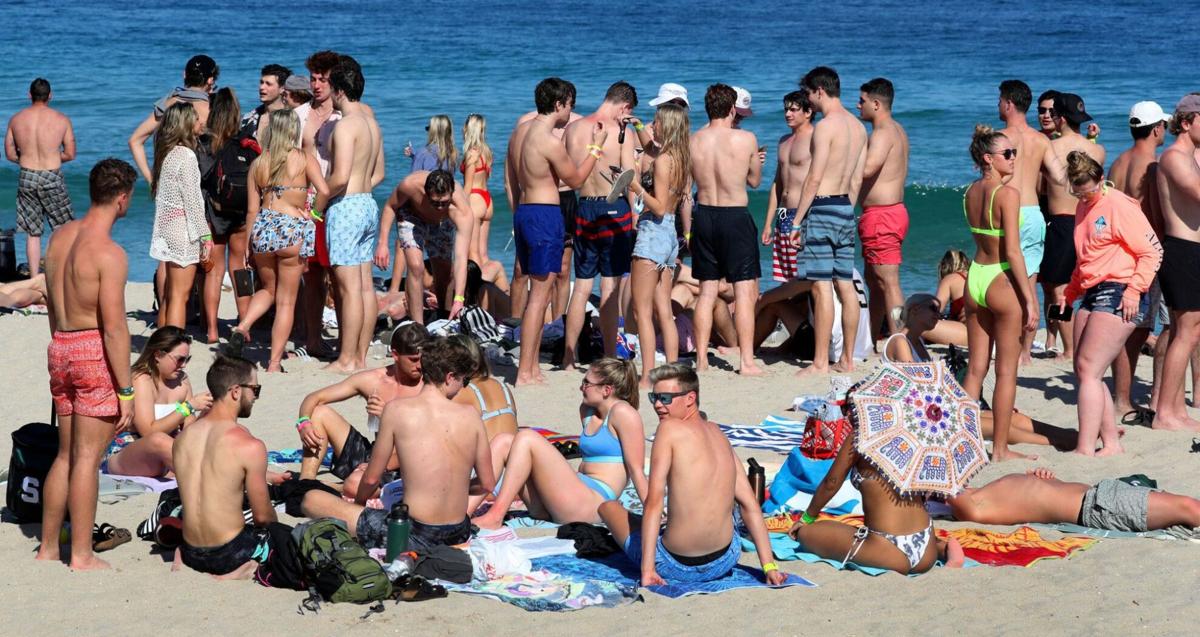 Thong bikinis, cold beer and maskless throngs brought a spring break atmosphere Thursday to the famous Fort Lauderdale strip in Florida. Although universities across the country canceled spring break to discourage college coeds from spreading the coronavirus students were out in full force, pandemic or not. Mike Stocker/South Florida Sun Sentinel 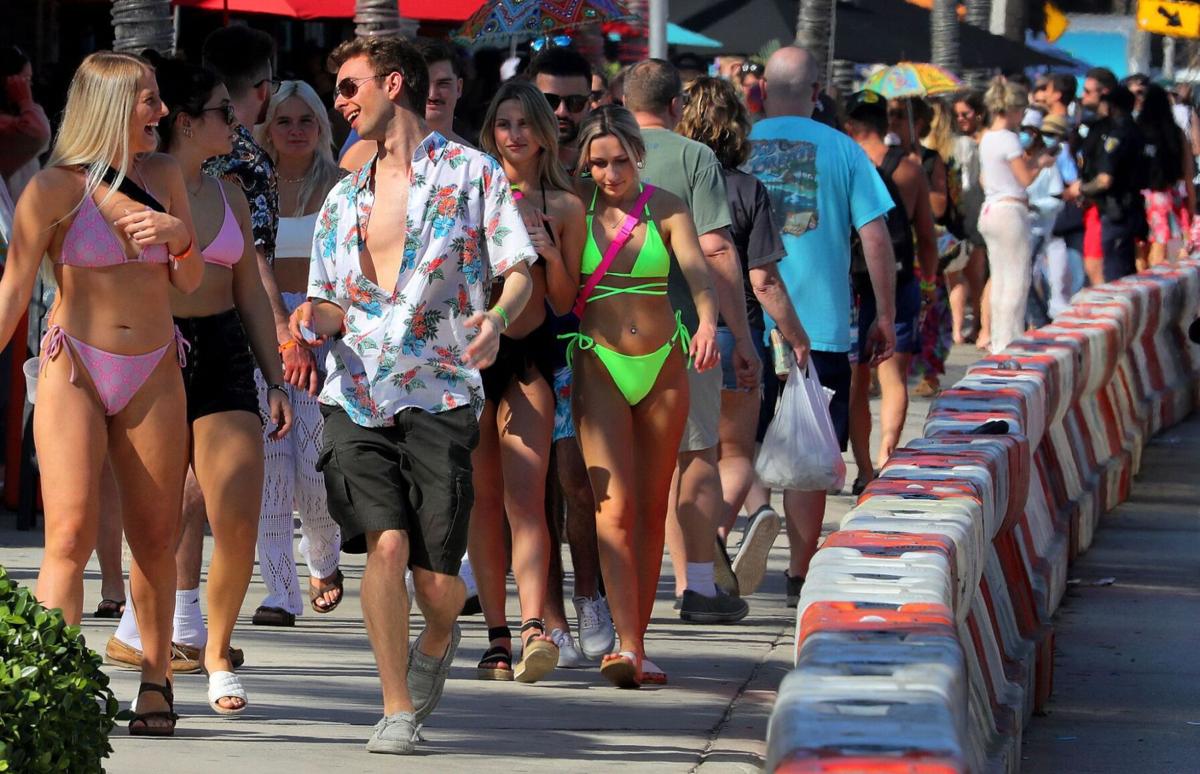 Thong bikinis, cold beer and maskless throngs brought a spring break atmosphere Thursday to the famous Fort Lauderdale strip in Florida. Although universities across the country canceled spring break to discourage college coeds from spreading the coronavirus students were out in full force, pandemic or not. Mike Stocker/South Florida Sun Sentinel

That’s how spring break looked Thursday on the famous Fort Lauderdale strip, just days into the start of the popular college pastime that lasts into April.

Universities across the country canceled spring break to discourage college coeds from spreading the coronavirus. But judging from the crowds hitting the beach, the kids are here in full force, pandemic or not.

“I was here two years ago and came back to see what it’s like now with COVID,” said 21-year-old Jack Gumeinny, who flew down from frigid Michigan on Sunday and plans to head home Saturday. “Florida hasn’t skipped a beat.”

Gumeinny, a junior at Davenport University, shrugged at the lack of social distancing.

Gumeinny said he and his buddies planned to head to a strip club in between bar hopping. On Thursday, they partied at Cafe Ibiza on A1A, surrounded by a crowd of maskless coeds dancing to the loudest music on the block.

The place was so packed, it made the usually busy Elbo Room look sedate by comparison.

Down at the Elbo Room, Lauren Tedeschi, 53, took in the crazy scene with her 25-year-old niece here on a quick getaway from Boston.

“I knew the Spring Breakers would show up,” said Tedeschi, who spends winters in Fort Lauderdale and summers in Boston. “Just look at the beach. They’re out in full force. And this is the start of spring break. It’s only going to get more crazy.”

When Tedeschi goes to a bar, she says she makes sure to sit outside. If she spotted a bar that was not enforcing social distancing, she wouldn’t go in.

“I don’t want to say I’m not worried,” she said. “I’m cautious, but here I am sitting at the Elbo Room. But I’m sitting outside. In New England, you have no choice.”

Not every local is taking the scene in stride.

Beach resident Chad McCoury was alarmed enough by the crowd swarming Cafe Ibiza to stop and record video of the crowd on Wednesday.

“That was craziness,” said McCoury, who posted the video on social media. “It was like spring break 2020 all over again. It was like one big party scene. Everyone else was stopping and looking in awe that this was happening in the middle of the day.”

Like other bars and restaurants in Fort Lauderdale, Cafe Ibiza has already run afoul of city code officers for not enforcing pandemic-related safety protocols.

On Wednesday, an anonymous critic reported Cafe Ibiza on the county’s COVID-19 complaint dashboard for not enforcing social distancing or mask wearing. As of Wednesday afternoon, no code officers had paid a visit to check out the complaint.

“People will always find random evidence of non-compliance and make it appear that’s the norm,” he said. “Most people are aware of the rules and obey the rules. We have beaches and open-air environments, and open-air environments are not considered to be putting people at risk. I think people should spend more time focusing than trying to play gotcha with other people visiting our community.”

Police officers patrolled in front of the establishment Thursday, but it’s up to code officers to enforce safety protocols like mask wearing, a spokeswoman for the Fort Lauderdale Police Department said.

“That was the only place I saw in the whole strip where people were dancing and partying,” McCoury said of Cafe Ibiza. “They did not have masks on. It looked like a dance club. I was just like, ‘Oh my gosh, we’re just in week one. I hope this is not how it’s going to be.”

On Thursday, Trantalis said he and his staff have contacted each bar and restaurant along A1A to make sure they follow safety protocols, especially during spring break.

“I did contact one bar personally, the Elbo Room,” he said. “I spoke to ⅛owner3/8 Mike Penrod and he made a promise that his bar will no longer be the poster child of non-compliance.”

Penrod said he’s not looking to have his place shut down after being forced to close for seven months during the early days of the pandemic, when bars weren’t allowed to operate. But he’s not too worried about this year’s Spring Breach crowd.

“It hasn’t been too crazy yet,” he said. “Even though the Elbo Room is known for where the boys are, it’s a mature crowd that has money ⅛that comes here3/8. The kids go down somewhere else.”