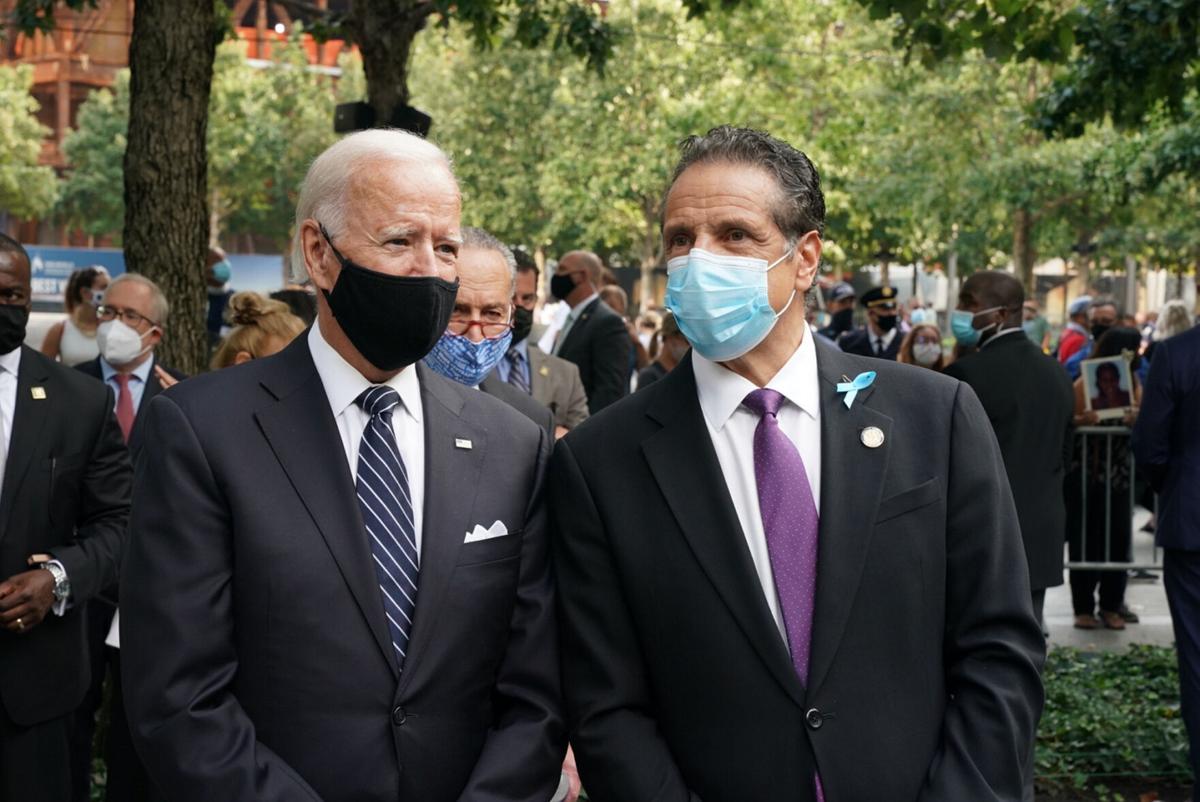 President Trump threatened Friday to deprive New Yorkers of COVID-19 vaccinations until Gov. Andrew M. Cuomo drops his demand for an independent efficacy review — but the outgoing commander-in-chief failed to mention he likely won’t be in charge once it’s time to distribute the cure.

Trump, still refusing to admit he lost the election to Joe Biden, lobbed the head-scratching threat at his former home state during a White House news conference held in celebration of Pfizer’s COVID-19 vaccine candidate moving steadily toward final approval from U.S. regulators.

“We won’t be delivering it to New York until we have authorization to do so, and that pains me to say that. This is a very successful, amazing vaccine,” the Queens-born president said in the Rose Garden, marking his first public appearance since Biden won the election last Saturday.

“So the governor, Gov. Cuomo, will have to let us know when he is ready for it. Otherwise, we can’t be delivering it to a state that won’t be giving it to its people immediately.”

Public health experts, including Dr. Anthony Fauci, say that, in the absolute best-case scenario, Pfizer’s vaccine candidate could get final approval from the Food and Drug Administration by the end of this year, paving the way for doses to be shipped out to states in late January.

Biden will be sworn in as the 46th president of the United States on Jan. 20.

Contrary to Trump, the Democratic president-elect has expressed no plans to play political football with New York over the forthcoming vaccine.

Gov. Cuomo picked up on that point.

“It is irrelevant,” Cuomo said of Trump’s threat during an appearance on MSNBC. “It’s going to fall to the Joe Biden administration, and I am confident in Joe Biden’s capacity.”

Cuomo announced in September that he was putting together a task force of health care experts, scientists and state officials who would independently vet any COVID-19 vaccine approved during Trump’s tenure over concerns that the president may rush out the cure before it’s safe.

The governor has also repeatedly raised questions about the Trump administration’s plan for distributing a potential vaccine, calling it “deeply flawed” for proposing to primarily rely on hospitals and large chain pharmacies such as CVS, Rite Aid and Walgreens. Cuomo says the plan will disenfranchise low-income areas hardest hit by the pandemic.

The governor, who has repeatedly chastised Trump over his politicization of the pandemic, said on MSNBC he wasn’t surprised that the president is trying to go after New York as one of his final acts in office.

“It has been an ongoing issue,” he said. “The president lost New York state in the election by a huge margin. You have New York prosecutors who are investigating the president for tax fraud. So, he has issues with New York and he likes to point to New York.”

If Trump somehow manages to delay delivery of vaccinations to New York, State Attorney General Letitia James said she has a backup plan.

“If dissemination of the vaccine takes place in the twilight of a Trump administration and the president wants to play games with people’s lives, we will sue and we will win,” James said in a statement.

Back in the Rose Garden, Trump kept refusing to admit election defeat while promising that his administration will never “lockdown” the country to contain the virus that has killed more than 240,000 Americans, infected millions more and upended the economy on his watch.

After letting Vice President Mike Pence offer some praise for the administration’s COVID-19 response, Trump left the Rose Garden without taking any questions.

Meanwhile, Biden continues to work with his transition team behind closed doors to prepare for taking over the presidency as the pandemic resurges across the country. On Friday, Biden called on Americans to maintain best practices until the virus is defeated.

“I renew my call for every American, regardless of where they live or who they voted for, to step up and do their part on social distancing, hand washing and mask-wearing to protect themselves and to protect others,” Biden said in a statement. “And I promise you, from the moment I am sworn in on January 20, I will do everything in my power to lead this unified national effort.”

An attempt to spin this on Trump. Blame Cuomo not Trump.. Trump said that he wants the state to get the vaccine, but he is holding off on sending the vaccine to the state because New York Democratic Governor Andrew Cuomo said last month that Americans “should” be “very skeptical” about taking any COVID-19 vaccine developed by the FDA under the Trump administration. Cuomo added that he is going to have his own experts review the vaccine to see if he’ll allow New Yorkers to receive it.

More biased reporting. King cuomo said he would not accept it, Trump said they would not send it until cuomo asked for it.