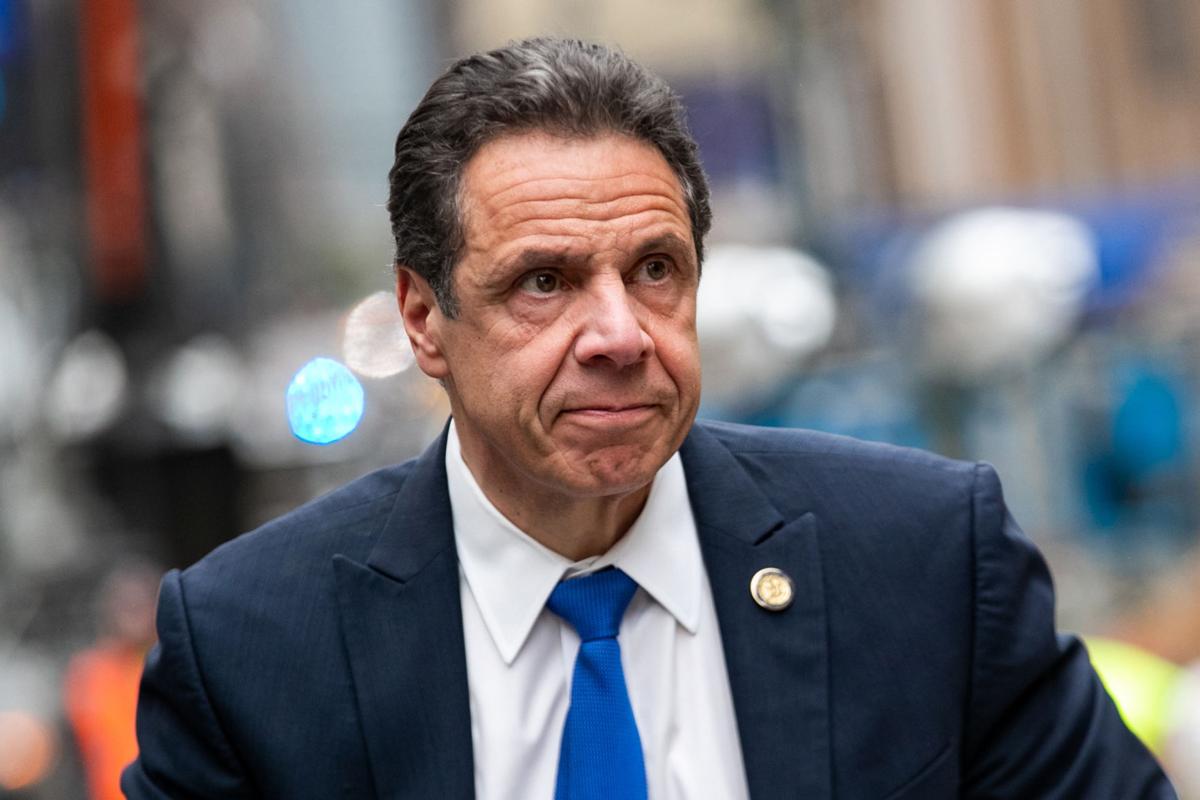 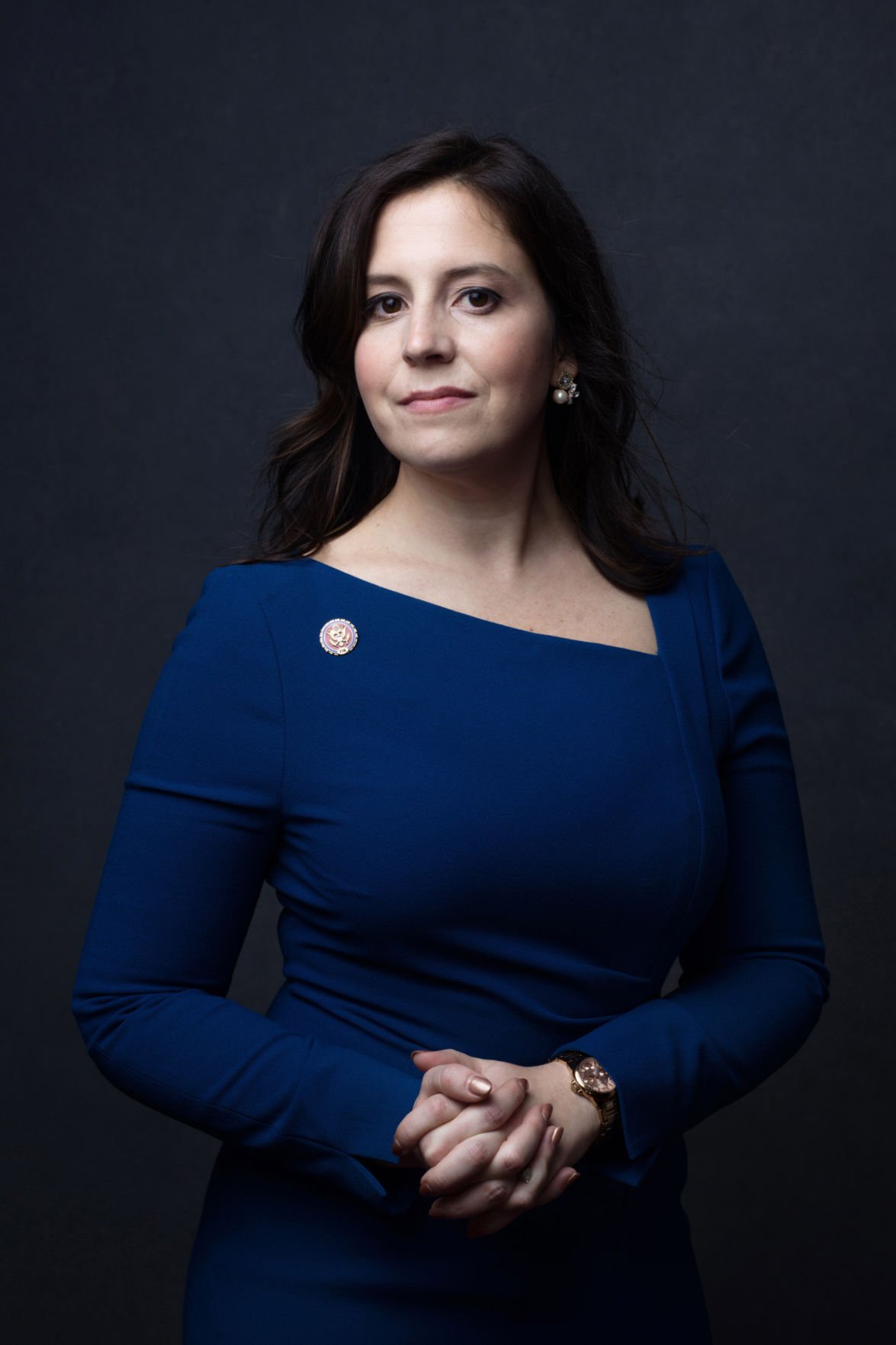 Rep. Elise Stefanik (R-N.Y.) poses for a portrait in Washington on Jan. 3, 2019. Just over 100 years ago, the first woman was sworn into Congress. Now a record 131 women are serving in the Legislature. (Celeste Sloman/The New York Times)

Rep. Elise Stefanik (R-N.Y.) poses for a portrait in Washington on Jan. 3, 2019. Just over 100 years ago, the first woman was sworn into Congress. Now a record 131 women are serving in the Legislature. (Celeste Sloman/The New York Times)

Six other elected officials, including Max Rose, D-11, and Anthony Brindisi, D-22, sounded the same alarms Cuomo has heard time and time again this year about the cash bail and discovery reforms to be implemented in New York at the start of the new year: that they would “let dangerous criminals roam free, endanger their victims and hamstring the authorities who want to hold them accountable.”

“While we agree criminal justice reform has long been needed around the country, New York State’s new soft-on-crime bail laws...is not the answer,” read the letter dated Nov. 22.

The “soft-on-crime” laws include overhauling cash bail for defendants of misdemeanor and nonviolent felony charges, and requiring district attorneys to turn over discovery, or evidence to the defense, within 15 days from the first appearance.

“After hearing from multiple district attorneys from across the state and many local elected officials, I urge Gov. Cuomo to put forward reforms to be considered immediately in this upcoming legislative session,” Stefanik said in a statement. “It is imperative that we work to find comprehensive solutions to criminal justice reform that keep our communities safe and keep the burden off local taxpayers.”

Cuomo had a strong response to Republicans who are not in favor of bail reform and the criminal justice reform package.

“It is change and change is often opposed by the system,” Cuomo recently said to reporters. “This change has been done by other states. New Jersey did this same basic plan a few years ago. The wheels did not fall off the car. It brought more justice to the system.”

Throughout various public hearings held by the state Senate, several district attorneys testified that they would need an increase in funding to comply with the new standards. In the letter addressed to Cuomo, representatives said district attorneys conveyed a 30 to 40% increase in their operational budgets for the reforms. The state Attorney General’s office also cited the need for more than $10 million to support their work.

But state agencies dispute the argument that district attorneys have made about funding.

“New York State is creating a more equitable justice system as we eliminate cash bail for minor offenses, speed the time to trial, transform the discovery process, raise the age of criminal responsibility, decriminalize marijuana and invest in indigent defense,” Freeman Klopott, spokesman for the Division of the Budget, wrote in an email. “There is no question resources are available for the implementation of these critical reforms as the state invests more than $300 million to support them and local governments will recognize hundreds of millions of dollars in annual savings from a declining inmate population.”

Klopott went on to describe a $150 million-and-counting investment the state is making in the Hurrell-Harring Settlement State Expansion program to improve caseload standards and ensure counsel at arraignment, among other improvements in the criminal justice system.

In addition, proponents of the reforms have argued that municipalities will cut costs with decreased inmate populations.

Currently, 66% of inmates in jails across the state are defendants being held pre-trial, according to the 2018 New York state jail census. About 80 to 90% of these inmates are expected to be released without cash bail in the new year as defendants of misdemeanor and nonviolent felony charges, resulting in major cost-cutting.

“I don’t know what their coffers look like, but here’s what I do know: this is about political will, period,” said Khalil Cumberbatch, chief strategist of New Yorkers United for Justice. “The money will always come. It’s seriously about political will and the fact that people don’t have it, and they’re using fear to justify not having it.”

To Assemblyman Chris Tague, R-102, the criminal justice reforms passed this year will yield certain results: law enforcement officers wasting their time looking for defendants who don’t show up for court appearances, violent criminals on the loose and a criminal justice system in disarray.

That’s why Tague signed on to a bill introduced by Assemblyman Karl Brabenec, R-98, that would repeal the package of criminal justice reforms set to take place on Jan. 1.

“This is another one of these bills that in the middle of the night we just pushed through because the governor wanted to show favor towards one group of people, and to me it’s wrong,” Tague said. “What message are we sending to people? That it’s OK to commit a crime and if you show up to court it’s fine, if not we’ll have to chase you down.”

But reform supporters point to other states, including Texas, that have implemented similar changes as assurance that New York will actually become more, not less, safe.

“Republican Gov. Chris Christie passed essentially the same bail reform laws years ago in New Jersey and their state reports have shown that overall crime has decreased with no statistically significant changes regarding re-offenses or court appearances,” Jason Conwall, a Cuomo spokesman, said in an email. “We carefully considered the views of law enforcement to ensure we enacted balanced reforms that were long overdue and will bring greater fairness to New York’s criminal justice system.”

A report from the New Jersey Courts found that after overhauling its bail system in 2017, the state’s pretrial jail population declined nearly 44% from 2015 to 2018, pretrial court appearances remained nearly the same and racial disparities and jail populations, though high, decreased.

Others concerned about the reforms have raised red flags over what they perceive to be too tight a deadline to turn over discovery. Advocates dispute this, saying the turnover applies to what the district attorneys have readily available, and that extensions are easy to request. And putting witnesses in danger, again, advocates said, the statute allow sensitive information that could harm witnesses or victims to be redacted.

Another expected positive outcome of the reforms, though, is a drop in wrongful convictions, where New York scores third in the nation, according to the Neal Davis Law Firm.

With fewer defendants in jail because they cannot afford to pay cash bail, they will have better access to legal aid compared to their time in jail, advocates said.

But the discovery reform brings its own dose of justice.

“No one can be grabbed off of the street and held for months or years on end without actually seeing the evidence the prosecution has against you. But that’s the actual system that we have right now,” Cumberbatch said. “Everyone knows that prosecutors use that as leverage to get plea deals.”

Some 80 to 90% of cases in the criminal justice system — national, state and local — are resolved with plea deals and arrangements, often swiftly orchestrated because defendants do not have access to evidence in their favor the district attorney may be holding, Cumberbatch said.

“District attorneys say that this is an unfair burden,” Cumberbatch said. “So you’re saying upholding justice and the law is a burden?”

Do you agree with the criminal justice reforms that will take effect in the new year?

Under the new law, major changes include: 1) Ending cash bail for most misdemeanor and nonviolent felony charges, and 2) a deadline for pros…