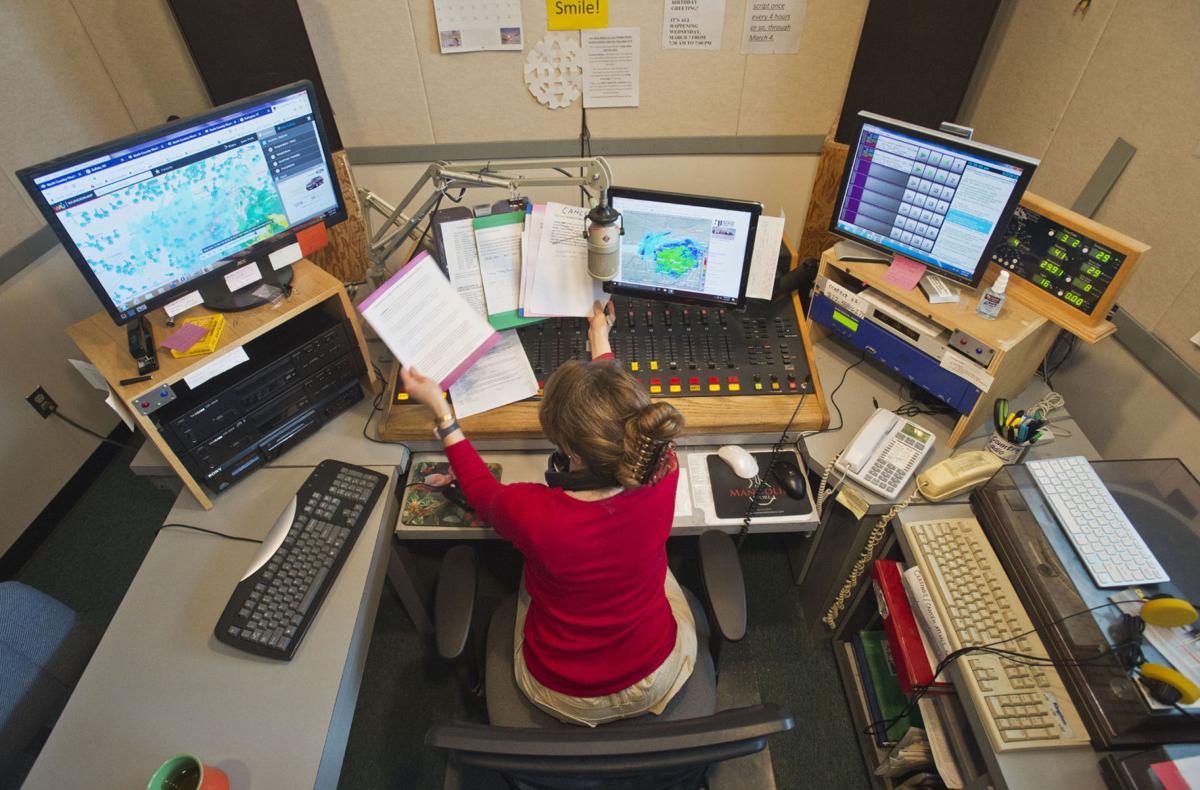 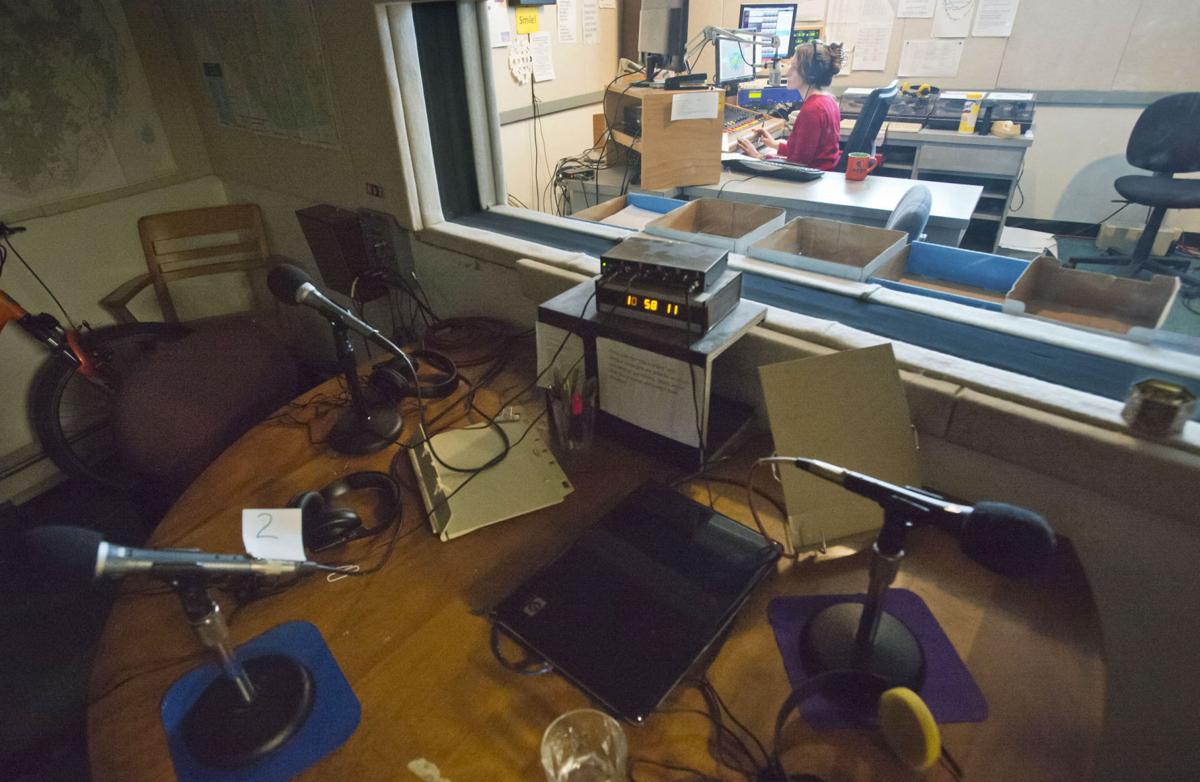 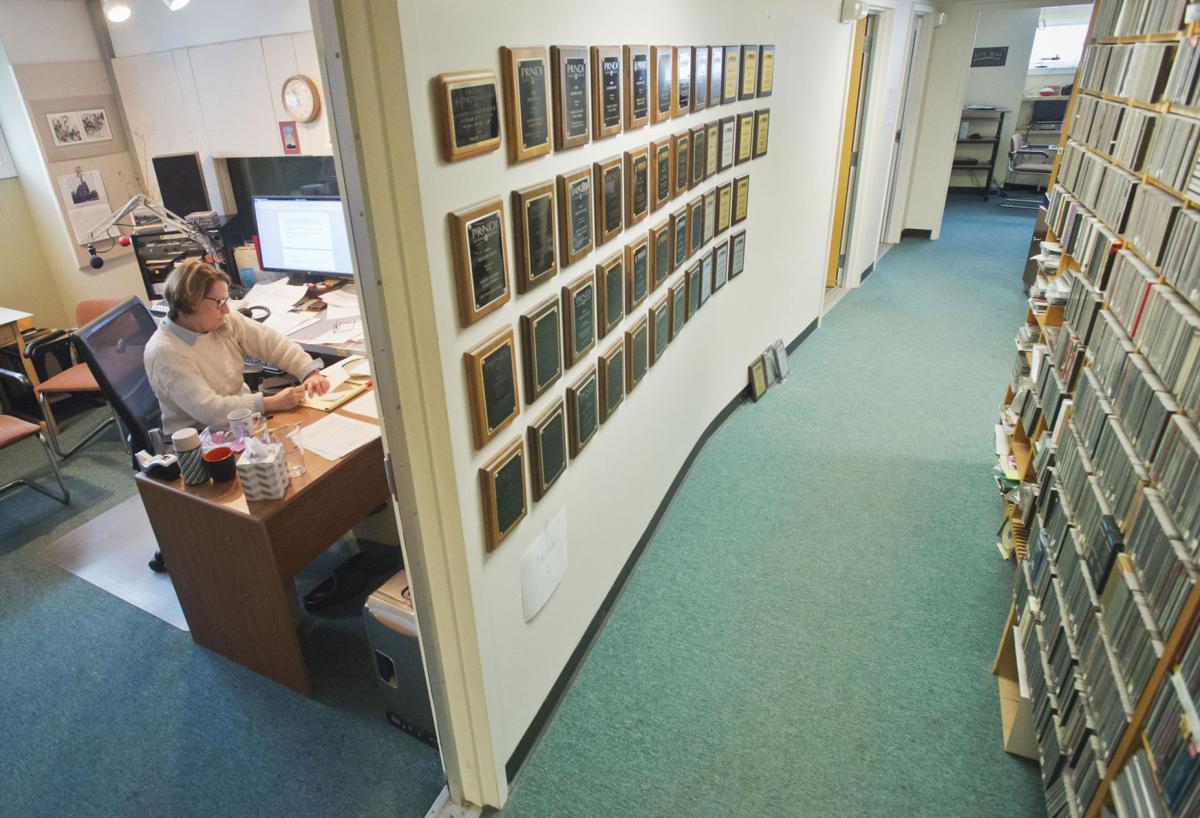 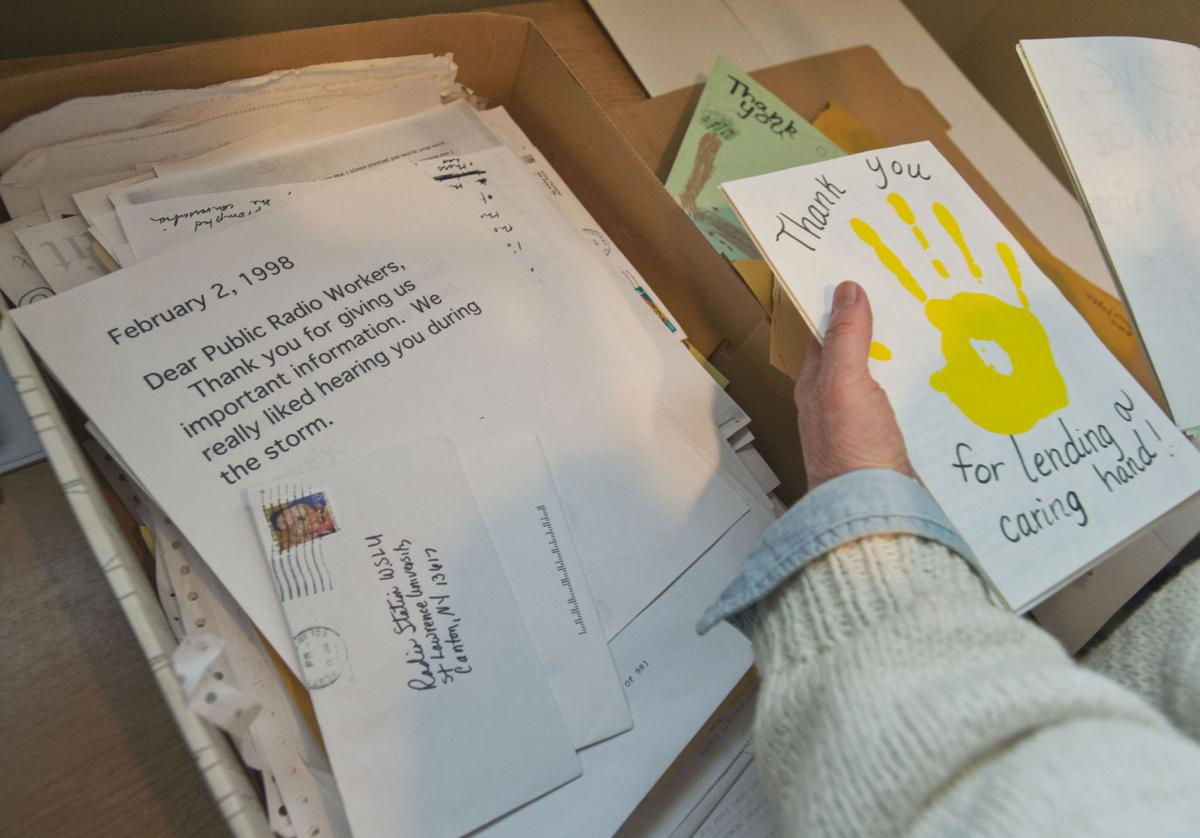 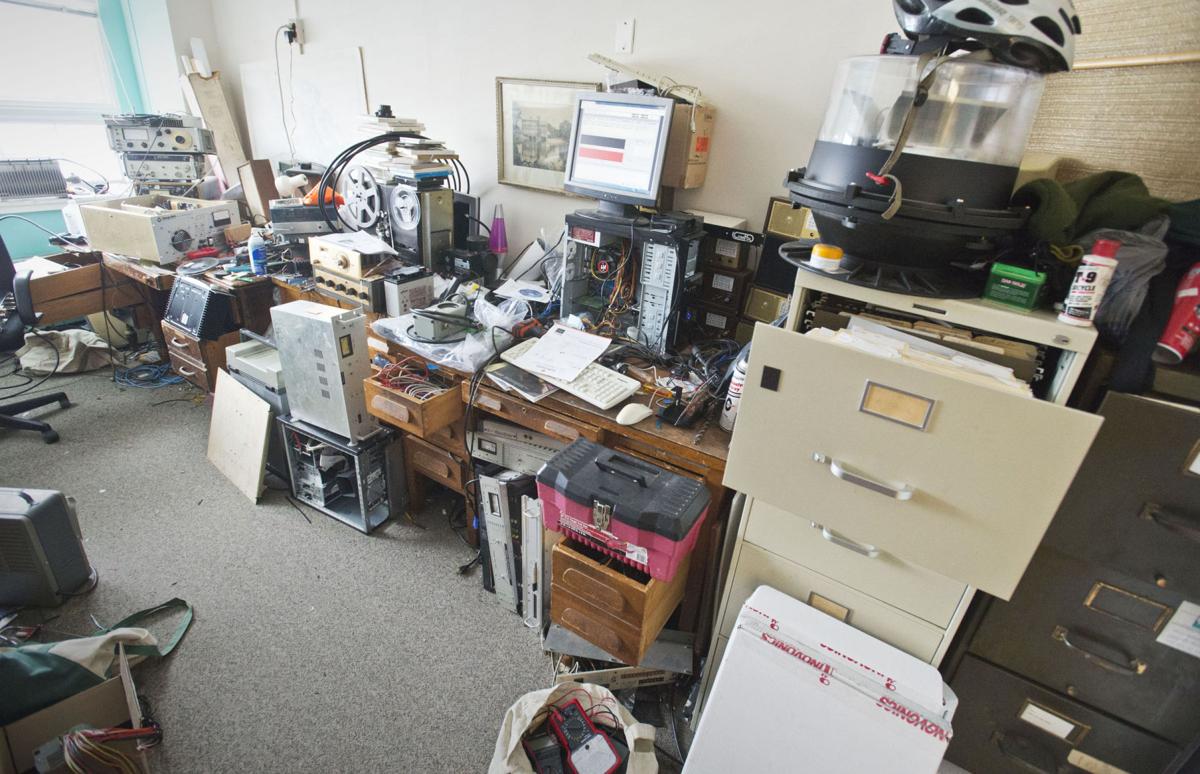 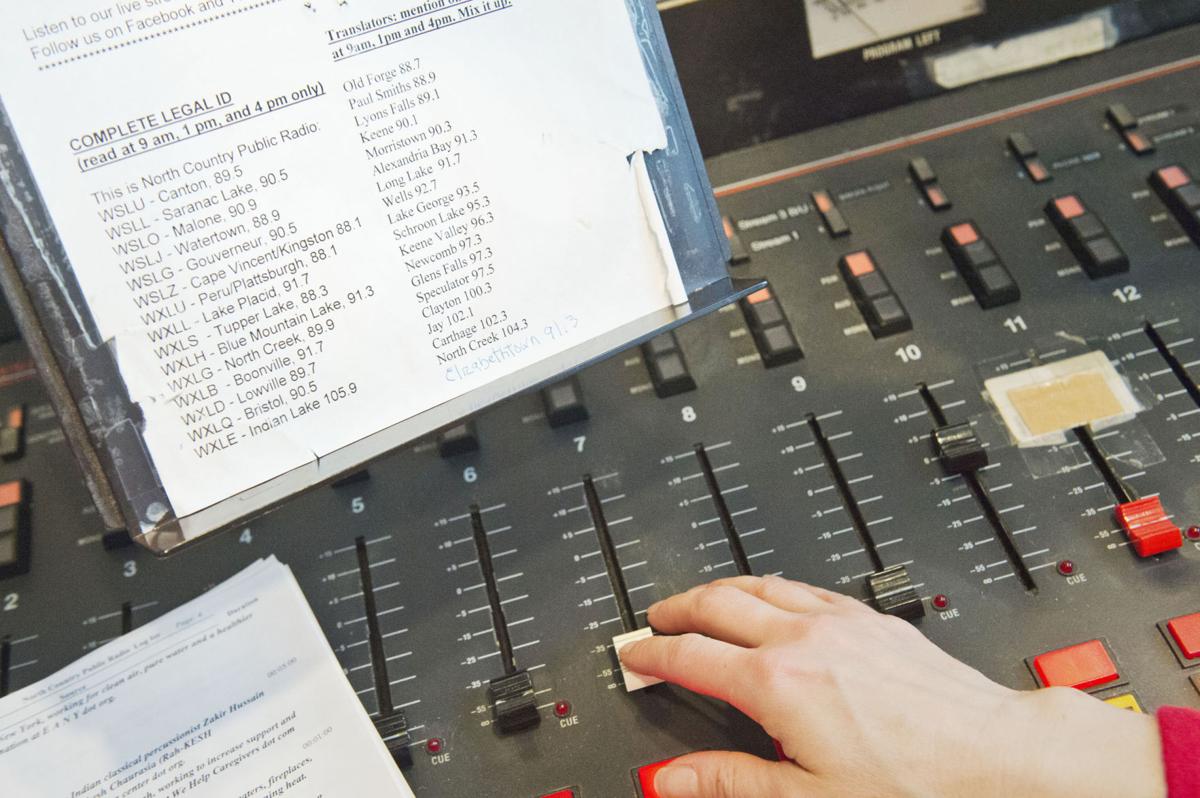 Starting out with a solitary transmitter donated by John B. Johnson, then-owner of the Watertown Daily Times, in 1965, the station debuted on the air as WSLU in 1968 and joined the National Public Radio organization in 1971.

Since then, the station has expanded both its coverage area and its mission, becoming a pioneer in local public radio journalism. Much of this expansion has happened under the supervision of Station Manager Ellen J. Rocco, who joined NCPR in 1980 and became manager in 1985.

“When I was hired, we had one 3,500-watt transmitter that barely reached all of St. Lawrence County,” Ms. Rocco said. “Now we have a 34-transmitter network that reaches a third of New York state, northwestern Vermont, greater Burlington area, and parts of southeastern Ontario.”

Ms. Rocco saw the station as a way of serving her community.

“I knew nothing about radio, I knew that I loved the north country,” she said. “This seemed like an incredibly exciting way to do something meaningful for the community.”

Part of that commitment was the founding of a local newsroom for the first time at the station, a relatively new idea for any public radio station.

At the time, “it was basically a classical-music station, except for (NPR’s) ‘All Things Considered,’” said News Director Martha Foley, who began working there in the 1970s, and came back to the station in 1980 after working for the St. Lawrence Plaindealer for several years. “I came here because they were seriously going to found a news department.”

After a couple of decades of doing local news, NCPR has been able to help other public radio stations around the country as they have tried to move into more original reporting.

“We’ve become a leader in the system, in spite of our remote location and small size, for public radio news coverage,” Ms. Rocco said. “Because we started so early, we’ve gotten really good at it.”

As the physical coverage area began to grow, the station added bureaus to provide coverage in other areas. In 1999, the station opened the Adirondack News with Brian Mann as bureau chief, and in 2014 opened the Plattsburgh/Lake Champlain bureau, run by reporter Zach Hirsch.

“You can put a transmitter in a community, but you have to actually ... express that you’re there, interested and located there,” Ms. Foley said.

As it grew and expanded, the newsroom adopted a more impartial tone and wrote a stringent set of ethical rules.

“I think when we were younger and doing this and less experienced, we were more likely to let personal opinions and attitudes creep into our coverage,” Ms. Rocco said. “I think there was some truth at that time we tended to sound left-leaning; I think that was a fair assessment. I think that’s no longer fair, at all.”

Beyond the local news coverage, NCPR has also provided a venue for content outside the north country.

“It’s really important (that) we are the national and international news source we are,” Ms. Foley said. “I think you get a pretty broad view.”

As the station looks forward, Ms. Foley sees a key role for public radio even as the journalism industry faces challenges.

“I worry about the reputation of journalism; I want to be known as a trustworthy source of information,” Ms. Foley said.

As for radio itself, she is more optimistic.

“I think public radio is lucky to be in the audio business,” she said. “So many people are now so enthusiastic about audio, whether it’s podcasts or whatever, it’s kind of the gold rush now.”

One thing is certain — from local news to world music, NCPR will continue to feed the curiosity of north country residents.

“That’s the quality that, more than any other, characterizes the typical public-radio listener,” Ms. Rocco said. “They’re curious about the world. It’s not about politics, it’s about curiosity about the world around them.”

NCPR will host an open house from 7 a.m. to 7:30 p.m. today in its studios on the second floor of Canton-Potsdam Hospital, 80 E. Main St. There will be refreshments, and a cake-cutting at 5:30 p.m.