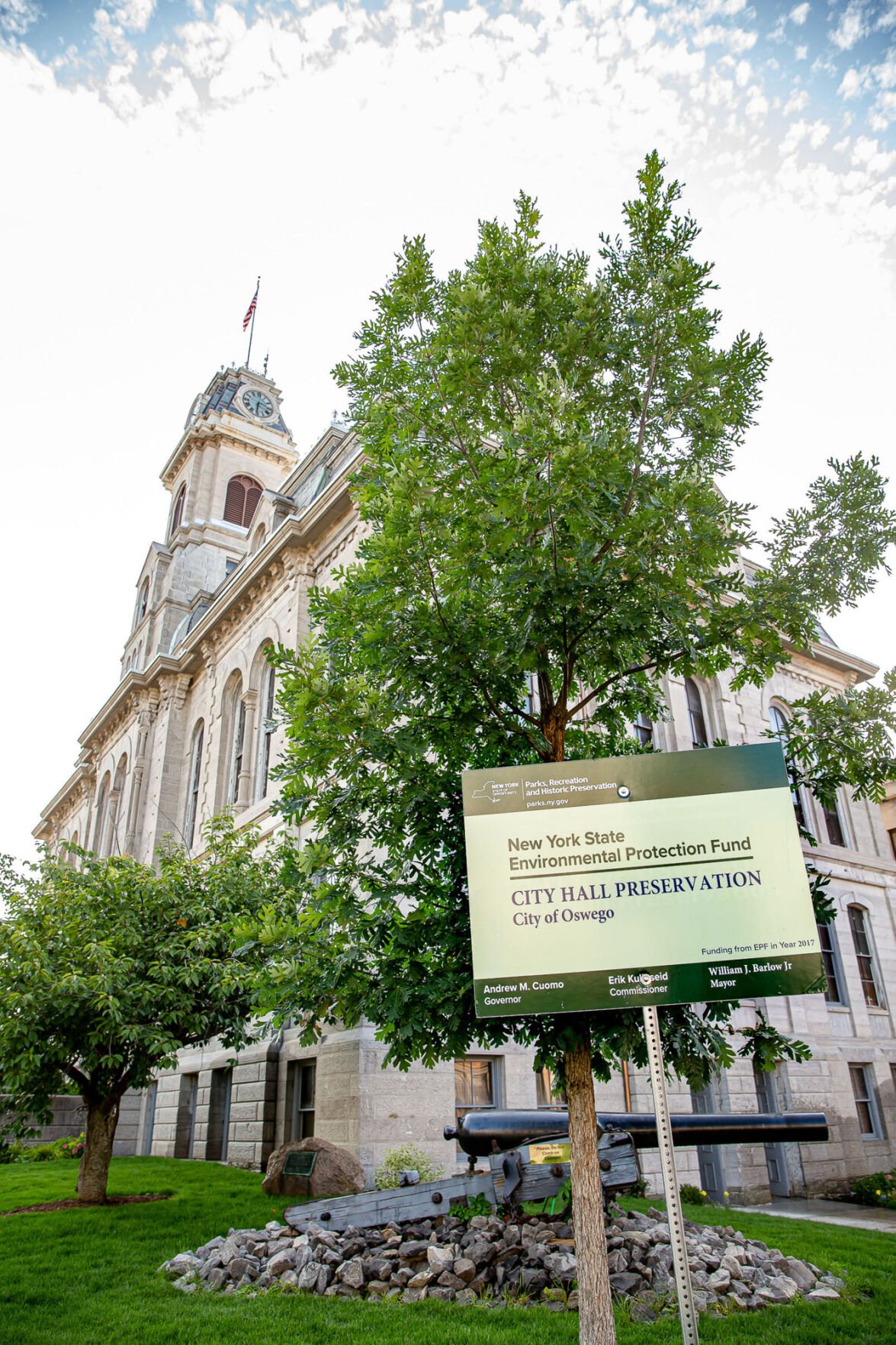 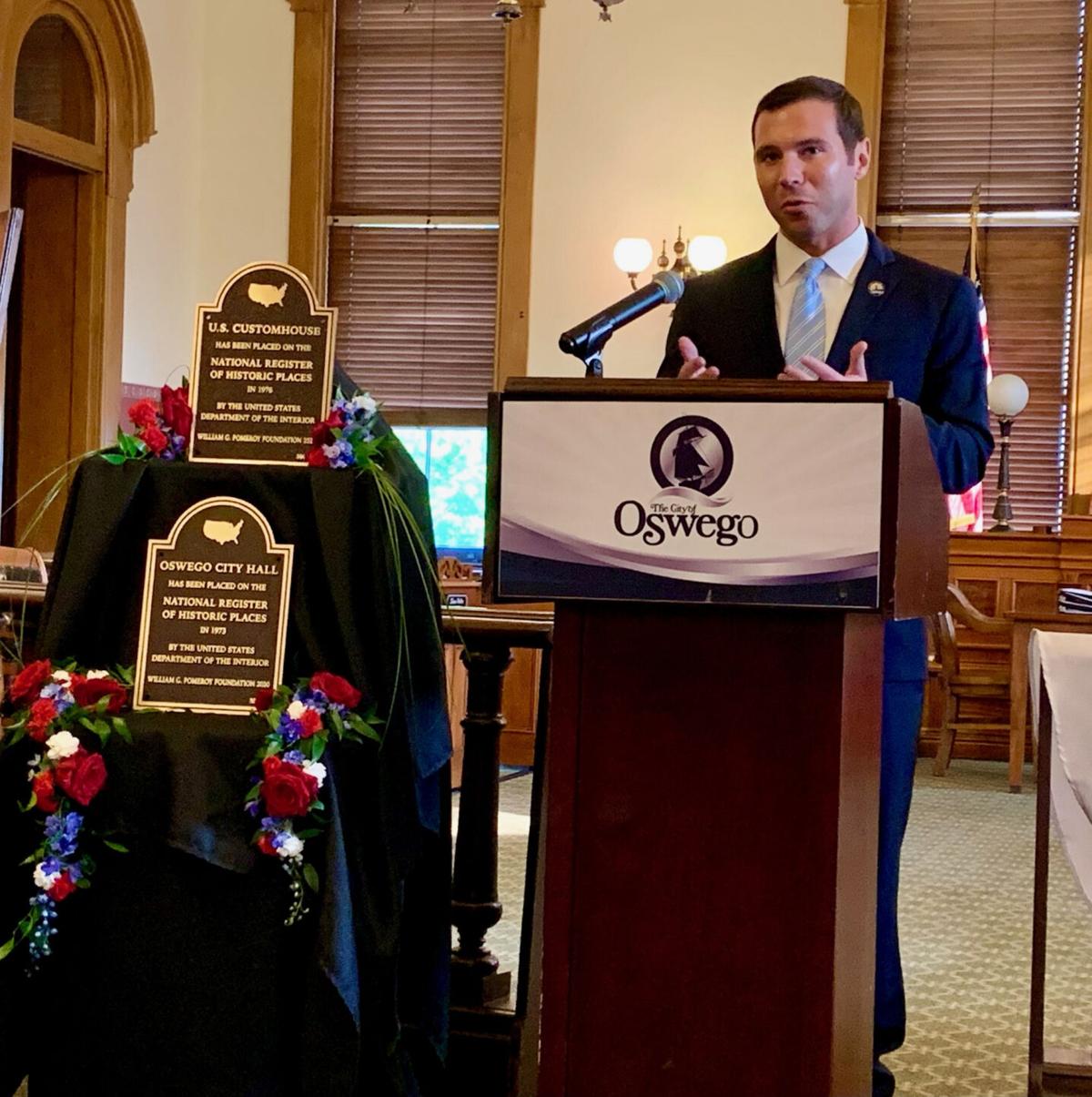 OSWEGO - Mayor Billy Barlow was joined by Susan Hughes of the Pomeroy Foundation, City Historian Mark Slosek and members of the Oswego Common Council during a brief ceremony to announce the completion of the $2.6 million Oswego City Hall restoration project and to unveil a plaque provided by the Pomeroy Foundation recognizing the listing of Oswego City Hall on the National Register of Historic Places.

Originally built in 1870, opening in 1871, Oswego City Hall was placed on the National Register of Historic Places in 1973. In 2018, the city of Oswego secured a $500,000 grant from the New York State Environmental Protection Fund for a new roof, the re-stabilization of the iconic clock bell tower and the repointing and repair of stone mason work around the exterior of the building. Construction started in early 2020 when the city hired PAC Associates of Oswego, INC as the general contractor for the project and in May of 2021 the Pomeroy Foundation donated $300 to the city of Oswego for a plaque recognizing the 1973 listing, following the restoration project. The mounting of the plaque, and completion of the restoration projects, comes on the 150th anniversary of the opening of Oswego City Hall in 1871.

“We are very proud to celebrate the 150th anniversary of our beautiful Oswego City Hall today with the completion of our restoration project, preserving this iconic and unique building for another 150 years,” said Mayor Barlow. “It is important for our community to understand and value our local history and I sincerely thank the Pomeroy Foundation for their generous donation to assist with fittingly recognizing this prominent building and other important historical assets around the Oswego community,” Barlow said.

The Oswego City Library and the U.S. Customhouse, now known as the John Conway Building housing the Oswego Police Department and Oswego City Court, also received plaques from the Pomeroy Foundation noting their listing on the national register.

Oswego City Historian Mark Slosek applauded Mayor Barlow and the city of Oswego for allocating resources and securing grant funding to repair, restore and preserve Oswego City Hall and thanked the Pomeroy Foundation by saying, “The United States Customs House (the John O’Connor Conway Building) was built in 1858 while Oswego City Hall, built in 1870, was opened to the public in 1871. Both are on the National Registry and are architectural gems. For the past century and a half, these structures have been the very heart and soul of our community. Therefore, it is only proper that these edifices be recognized for both their beauty and their history. We are grateful to the William G. Pomeroy Foundation for granting a marker for each building. The markers draw attention to the fact that both buildings have acquired national recognition as historically significant and remind us of the need to preserve them and keep them in good working order for posterity to use and enjoy.”