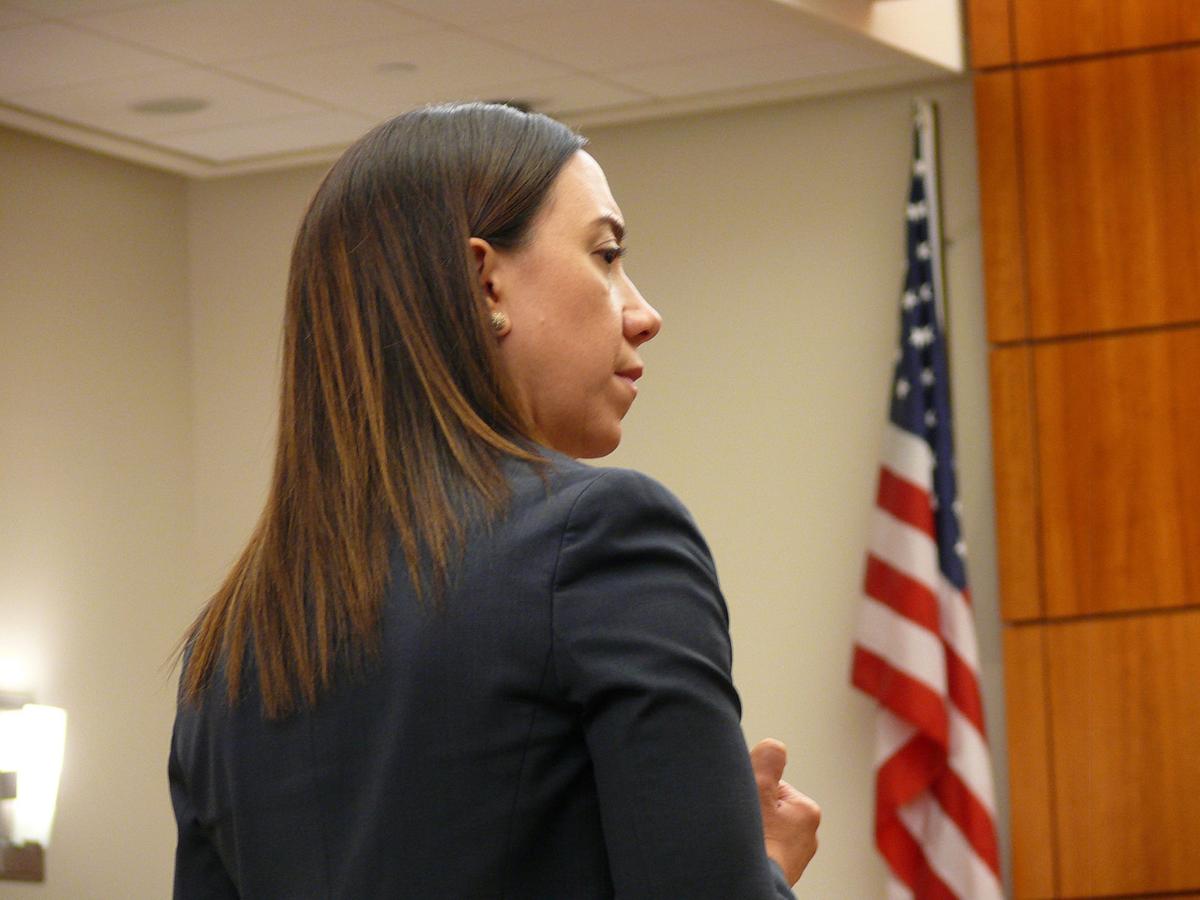 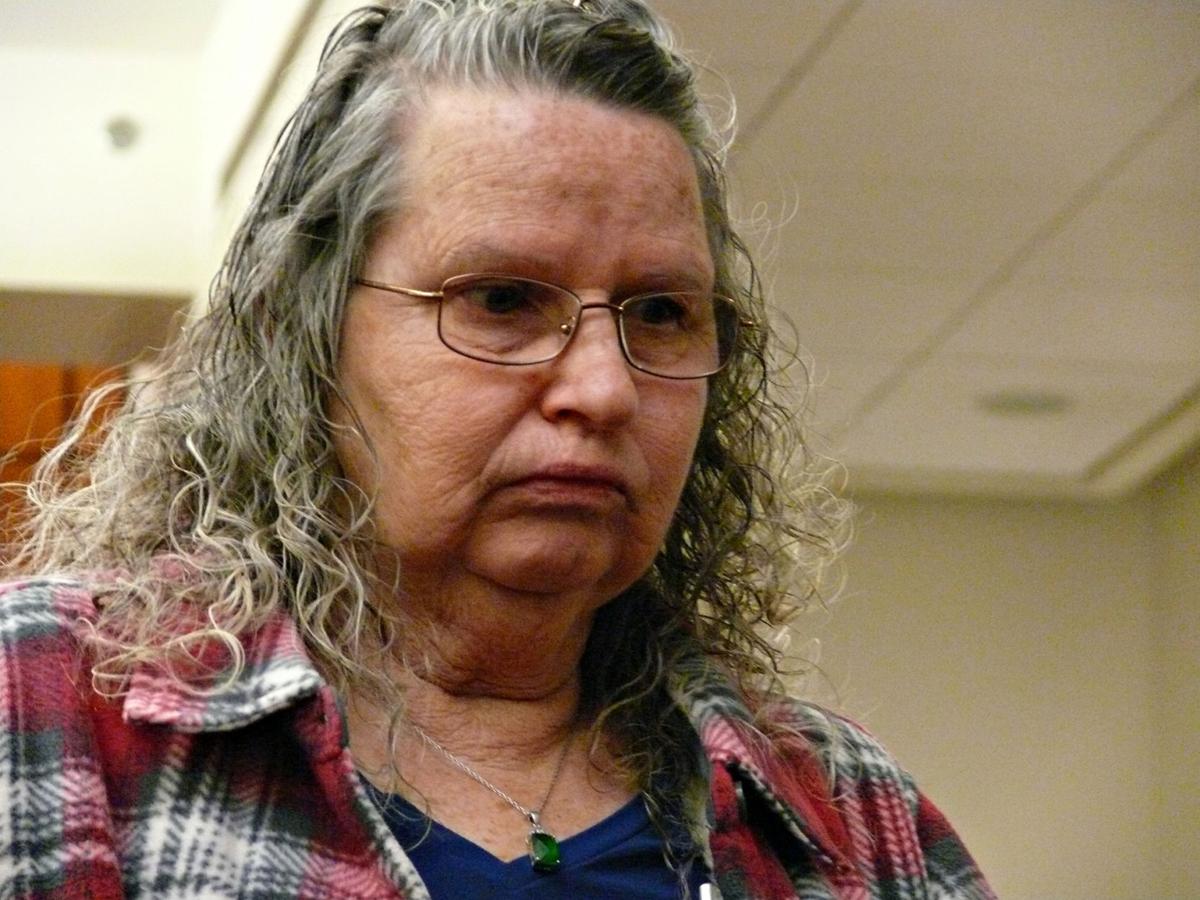 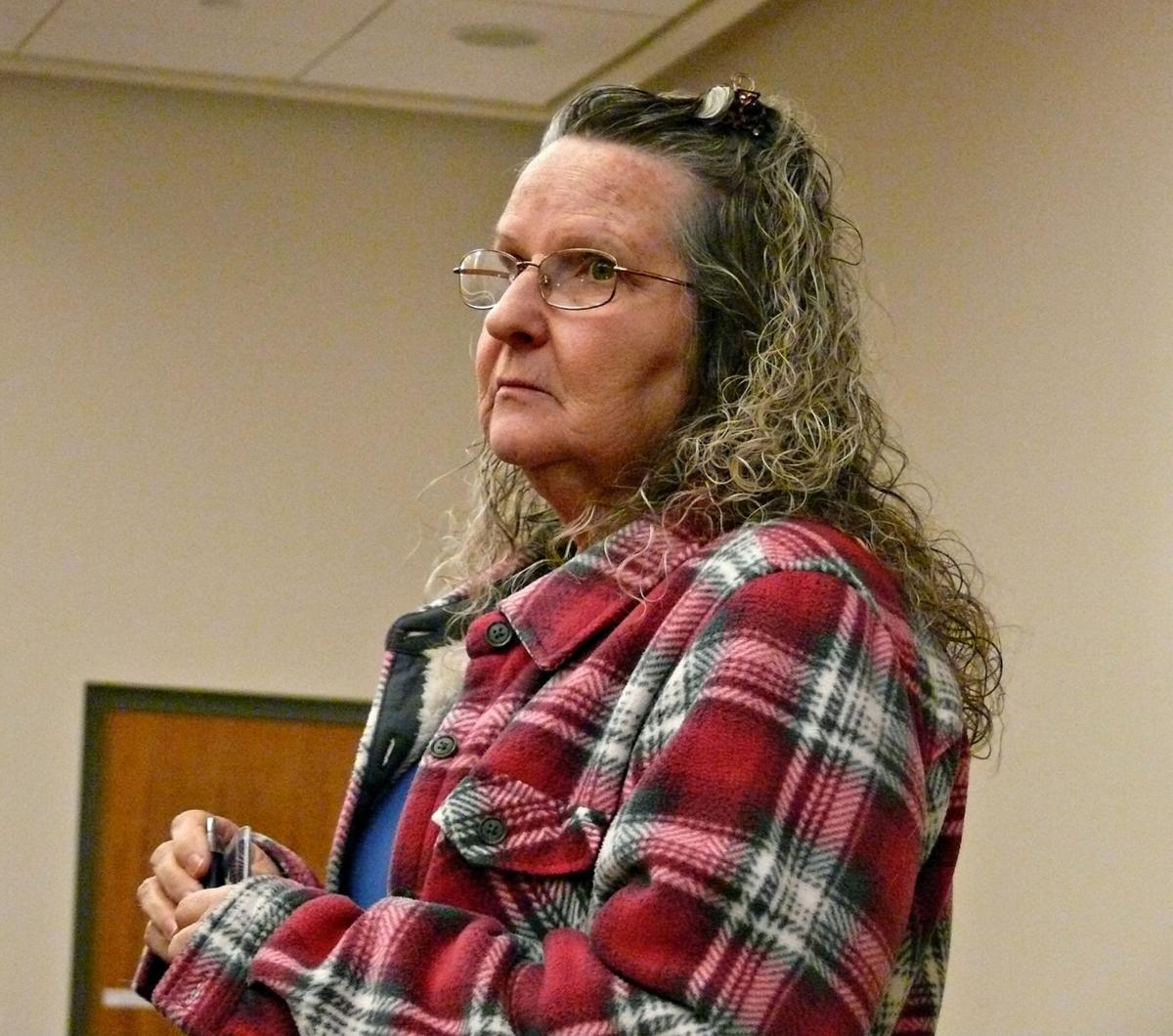 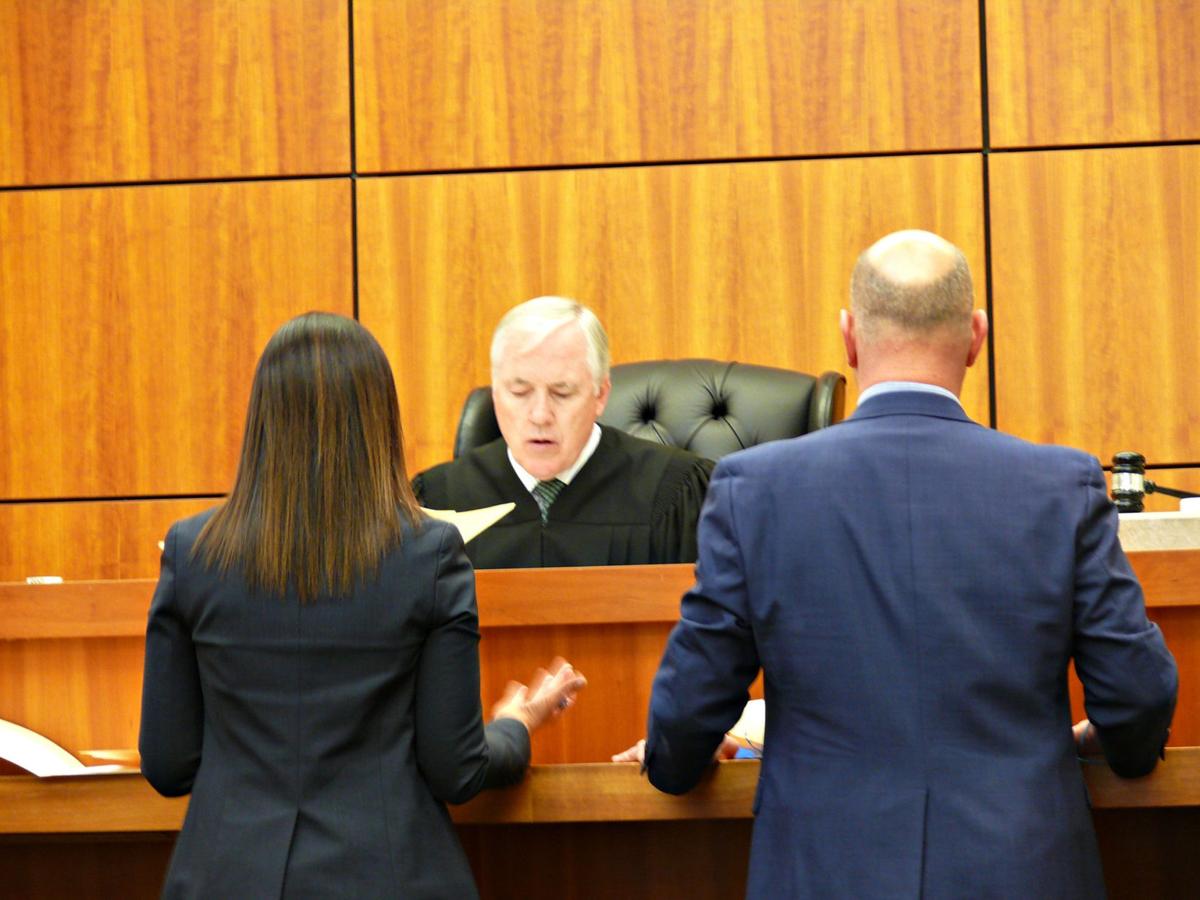 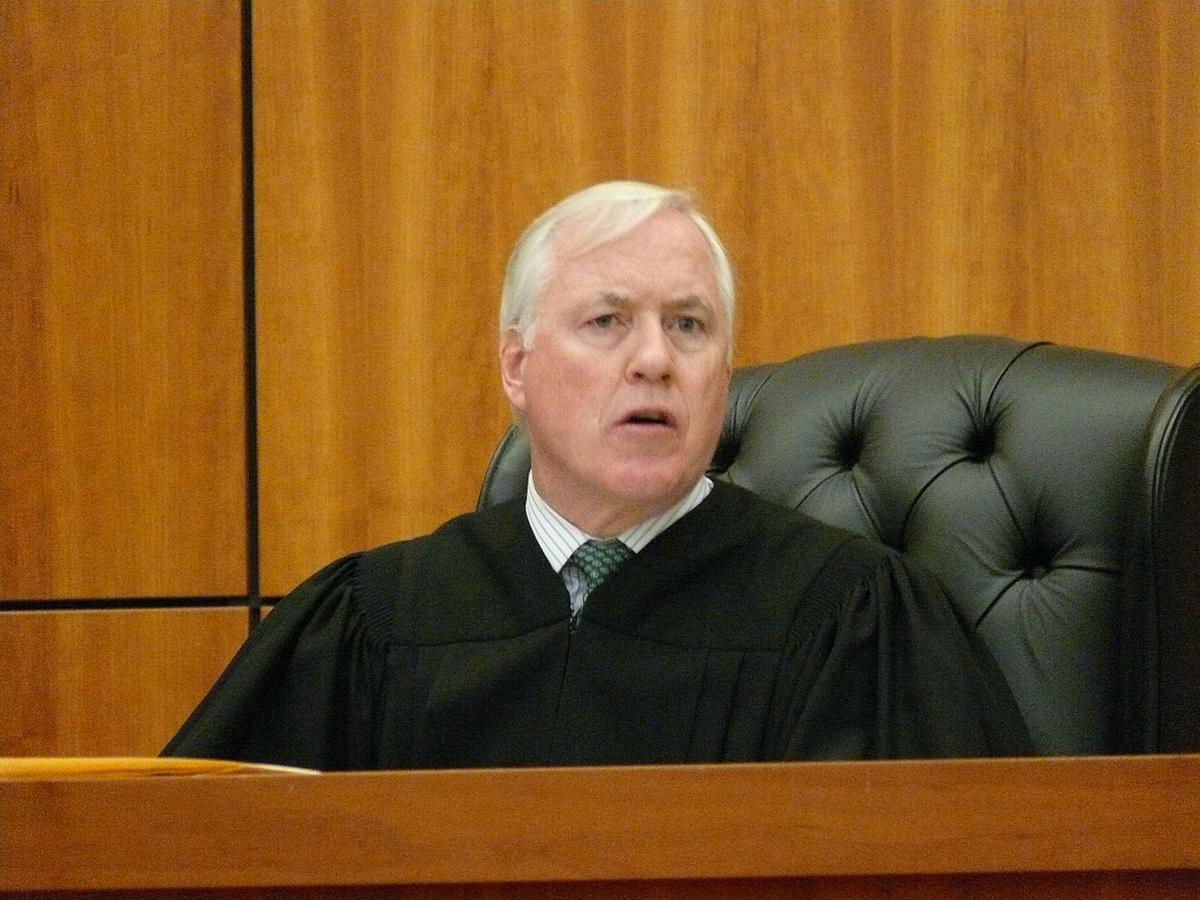 SYRACUSE — Hearings are but one of an innumerable string of preliminaries involved in the resolution of a legal matter, and rarely is it one and done.

Accused Granby election fraudster and town councilor Cheryl Holmes’ Onondaga County Court hearing Tuesday, Jan. 21 went pretty much according to that general rule. Both she and her husband Leslie, even more seriously charged than his wife in this botched attempt at allegedly falsifying signatures on Cheryl’s re-election designating petitions, were ordered to return Feb. 5 at 1:30 p.m. before the Hon. Stephen J. Dougherty in the hope this matter is resolved, or, barring that, that preparations are made to go to trial.

NY Assistant Attorney General Mary Gorman confirmed she has made the Holmes couple an offer to resolve both their cases, “but I can’t talk about it,” she said following the hearing. “We can’t talk about negotiations until they’re done.”

Once that offer is disclosed on the record in open court, she said, she will be able to discuss it. As of now, only the fact that an offer has been made was disclosed in court, not the details of the offer.

“I’m sure it’ll be put on the record at some point,” Gorman said, “perhaps next court date.”

Tuesday’s hearing was originally intended to consider both Cheryl and Leslie Holmes. Leslie’s attorney, Robert Gallamore of Oswego was unable to attend, and therefore, all attention was turned to Cheryl.

Judge Dougherty relayed Gallamore’s communication to him that he “is still going through the discovery he received from the attorney general’s office and asked that the offer be kept open until our next court date at least.” It appears that request was granted.

So, while one attorney didn’t show up at all, the other showed up 50 minutes late. Judge Dougherty accepted Anthony DiMartino’s tardiness with collegial courtesy and asked that both sides speak on their progress and concerns so far in this case.

Assistant Attorney General Gorman responded with a litany of legal requirements she’d fulfilled concerning both necessary legal filings and the discovery she has provided to the defense along with citing the laws that she has complied with and which make such filings and discovery necessary. With that, she pronounced “the People ready for trial.”

DiMartino, in possession of the transcripts of the Grand Jury that indicted Cheryl Holmes, provided as part of discovery, voiced his concern that he was not provided with the instructions given to the Grand Jury and asked that those be provided to him.

Gorman responded that the law requires the prosecution to turn over the transcripts of the Grand Jury testimony but not the instructions to the jury.

“So, I did not turn the instructions over at this time,” she said. “I will turn them over to the court.”

DiMartino disagreed with Gorman’s interpretation of the law, replied “that’s not my understanding,” and asked that his objection be noted.

DiMartino also noted some lines of some pages of the Grand Jury transcripts are missing. He also questioned some of the redactions. Gorman responded the only pages she did not provide were the instructions to the jury.

“The only thing I kept out of the Grand Jury minutes was instructions,” she said. She agreed to work out any discrepancies between what she claimed to have provided the defense and what the defense claimed to have received. DiMartino conceded the differences may just have been a printing problem, getting the electronic files he was given onto paper.

In general, it seems the back and forth between the prosecution and the defense at Tuesday’s hearing was of little serious import, and what really matters is the prosecution’s offer.

Looking ahead to Feb. 5’s scheduled hearing, Judge Dougherty said, “I know the People made an offer and sent out an offer letter to resolve both matters. If we can’t resolve matters, we’re going to then schedule motions and get going as far as that end is concerned.”

If Cheryl Holmes is convicted, the issue as to whether she can legally hold her seat on Granby’s town council will arise. According to Town Supervisor John Snow, “The town government can’t prevent someone from sitting (on the council). So, we have to let either her decide to do something or the court to run its course.”

Furthermore, he said, “It would be up to the town clerk to declare a vacancy. The town board can’t really do anything.”

Janet Ingersoll is the Granby town clerk, and she’s not ready to take a position on any of this yet.

Asked what she would do if Cheryl Holmes were convicted, Ingersoll said, “I would have to declare a vacancy, but I would have to know the law for sure before I did that. It’s tax time, and I am extremely busy with taxes, and until something is decided, I don’t have time to dig into that at the moment. Until something concrete happens, I’m not worrying about it.”