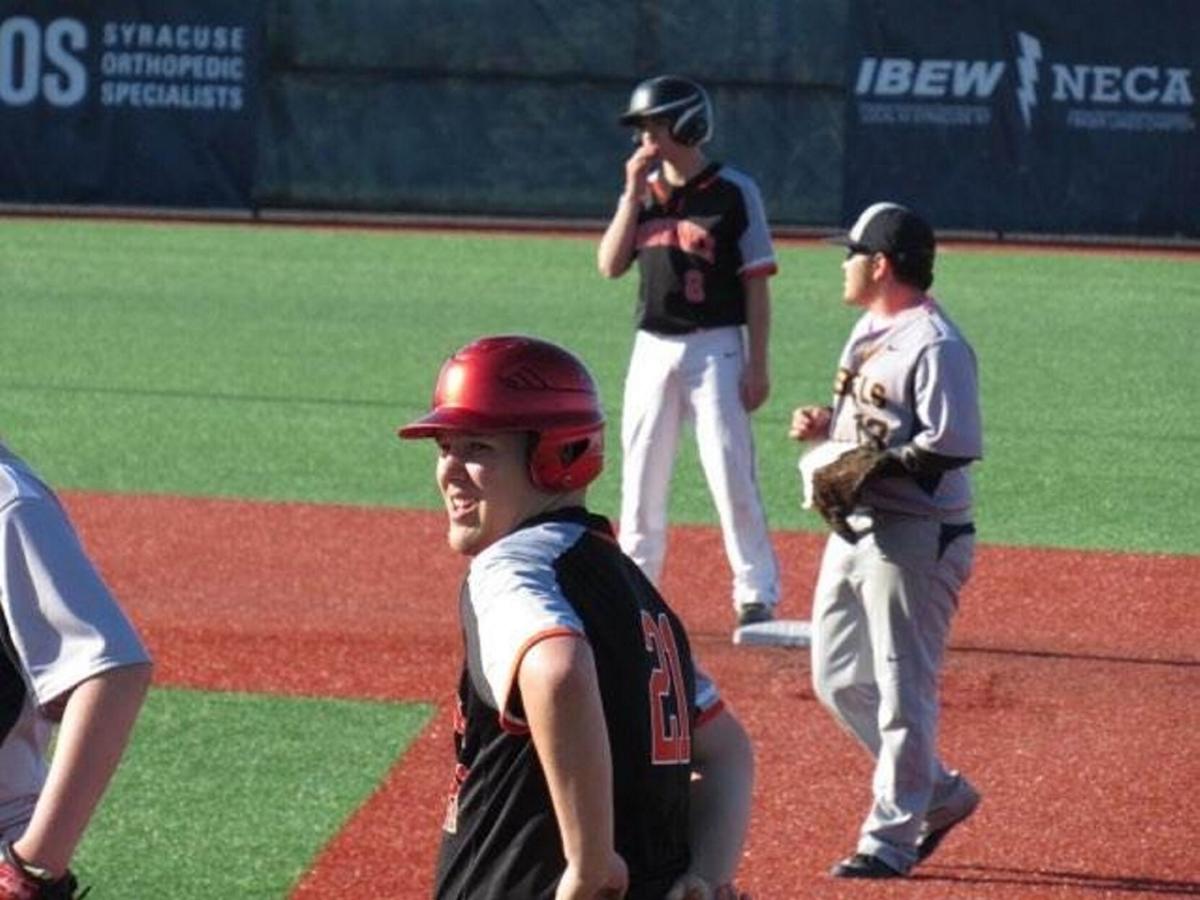 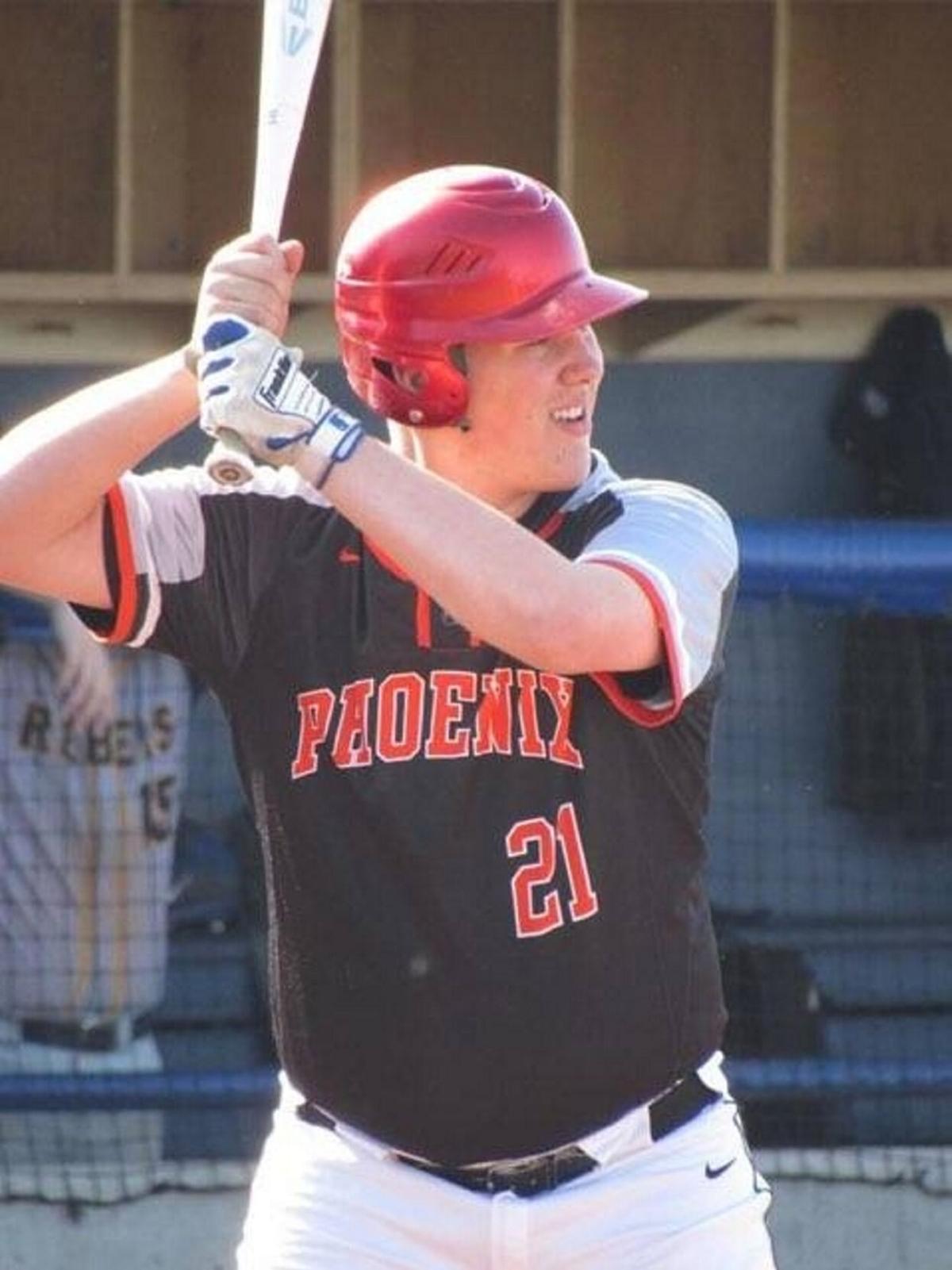 Nick Vaverchak (21) waits for the pitch in his at-bat during a Phoenix varsity baseball game in spring 2019. Holly Fox photo provided. 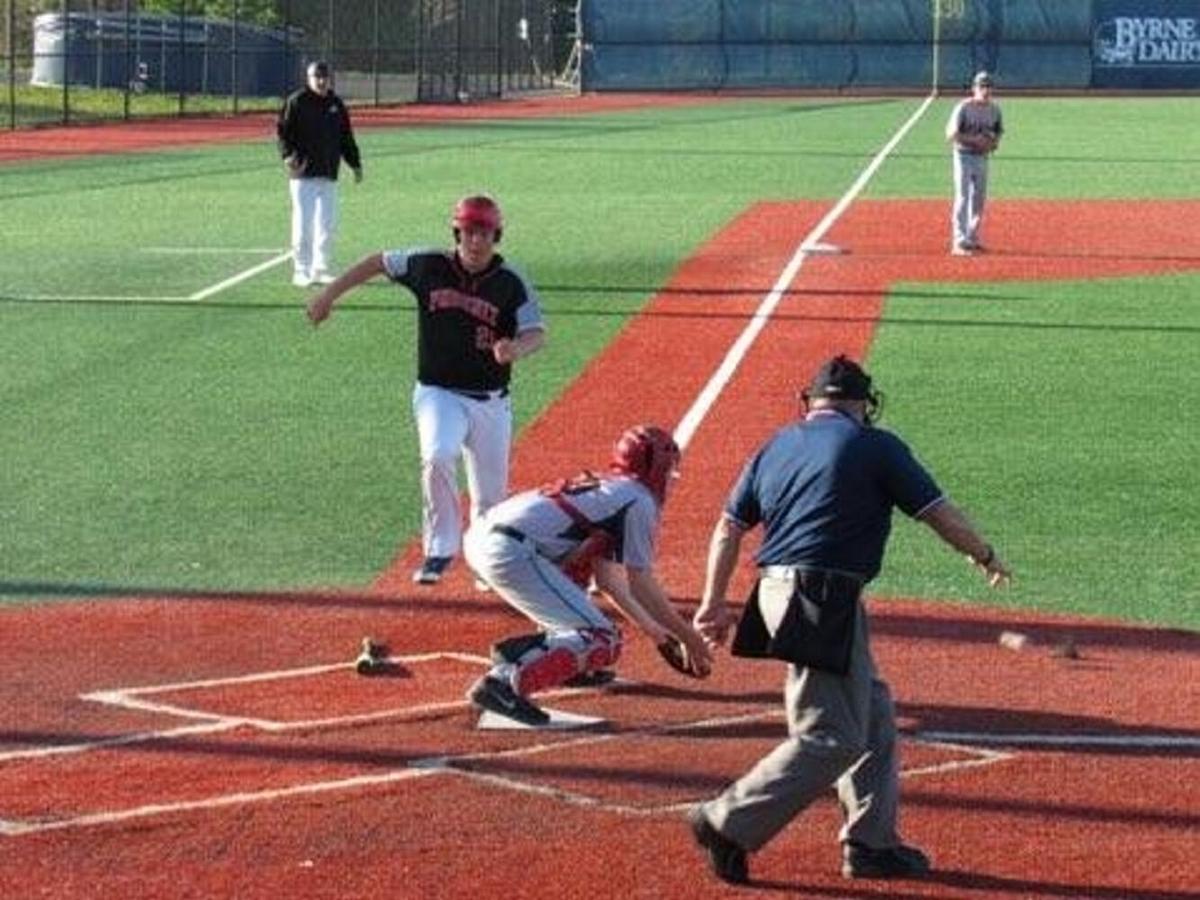 Nick Vaverchak, left, prepares to slide home in attempt to score a run ahead of the throw during a Phoenix varsity baseball game in spring 2019. Holly Fox photo provided. 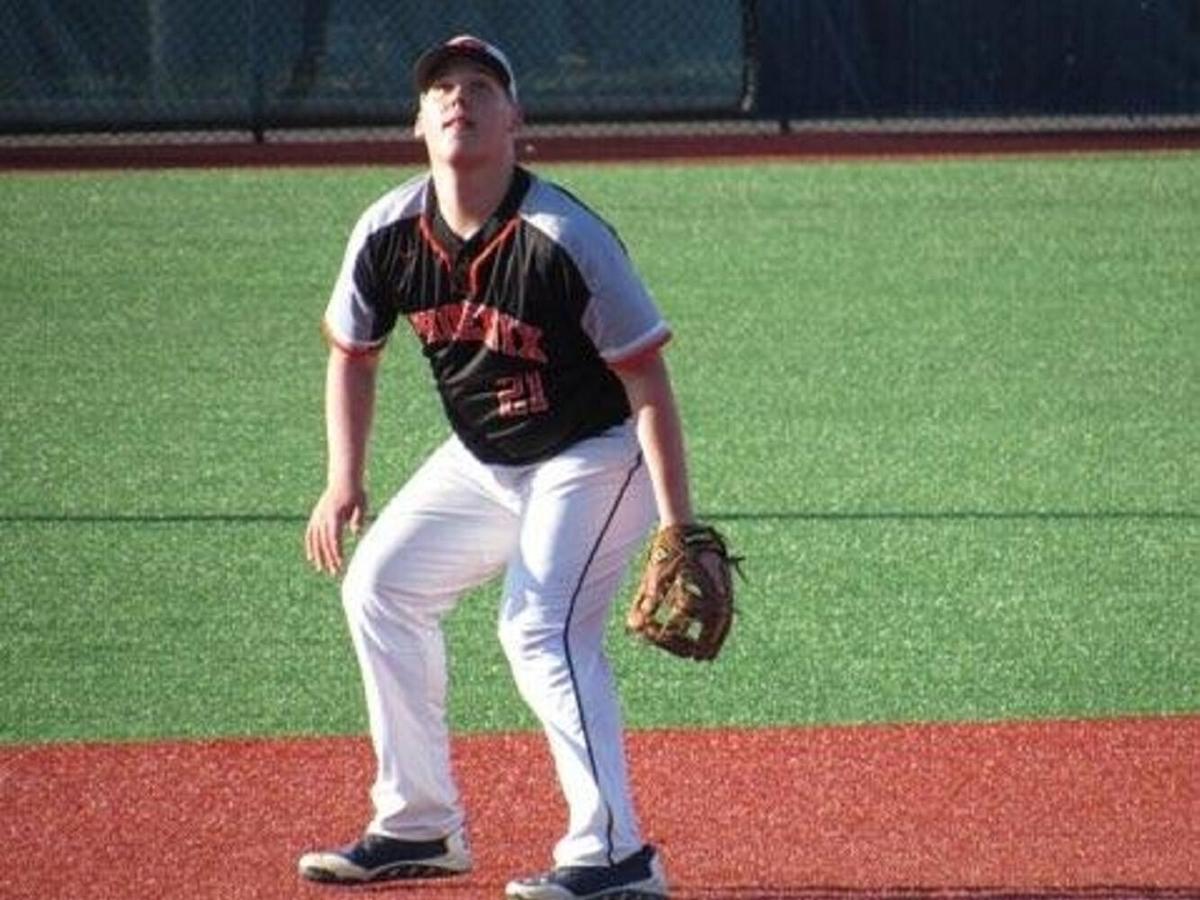 Nick Vaverchak (21) gets in position to field a fly ball during a Phoenix varsity baseball game in spring 2019. Holly Fox photo provided. 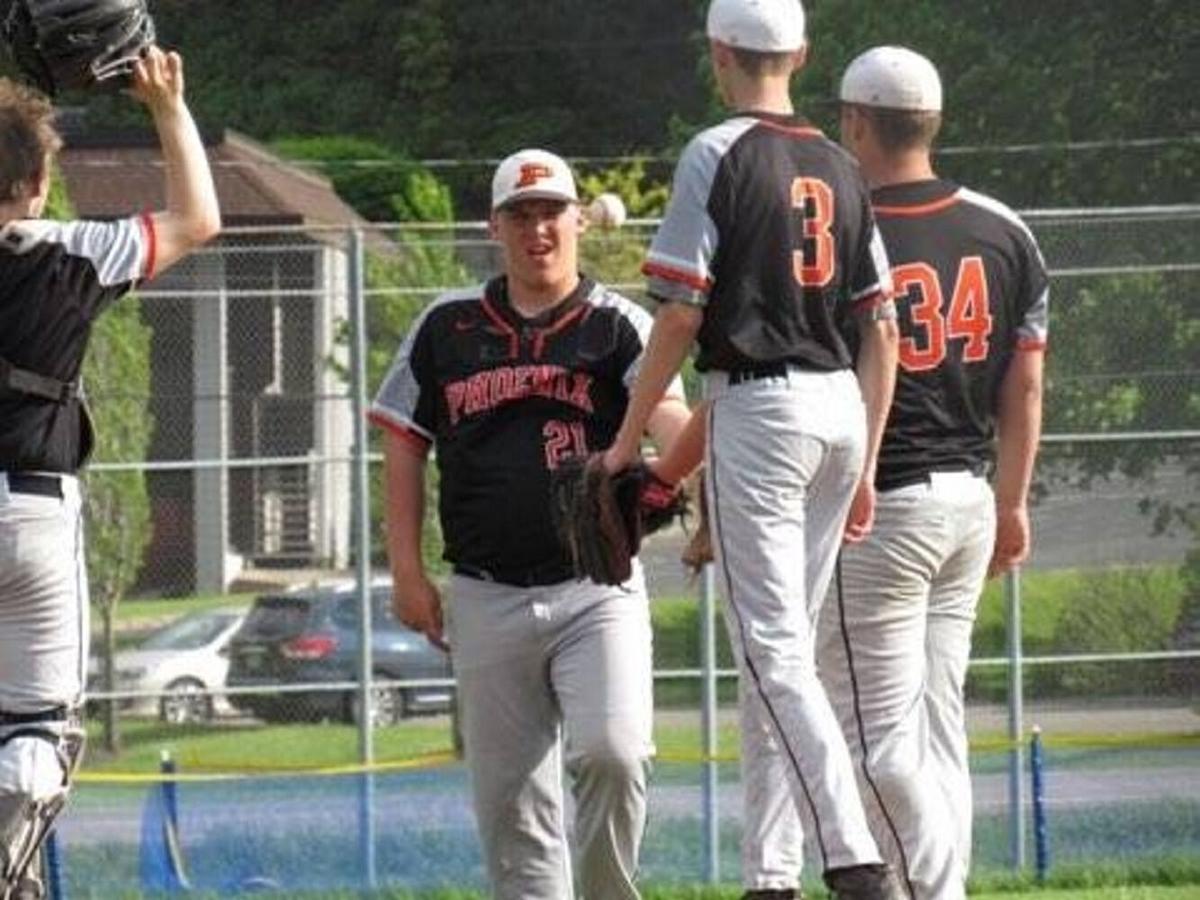 Nick Vaverchak (21) waits for the pitch in his at-bat during a Phoenix varsity baseball game in spring 2019. Holly Fox photo provided.

Nick Vaverchak, left, prepares to slide home in attempt to score a run ahead of the throw during a Phoenix varsity baseball game in spring 2019. Holly Fox photo provided.

Nick Vaverchak (21) gets in position to field a fly ball during a Phoenix varsity baseball game in spring 2019. Holly Fox photo provided.

PHOENIX — Nick Vaverchak developed his love for baseball in a variety of roles for Phoenix Little League, and the organization has contributed to the recent John C. Birdlebough High School graduate’s goal of fueling that same passion in young area players.

Vaverchak was named the recipient of the Phoenix Little League Scholarship in late June and plans to study physical education at The College at Brockport State beginning this fall, with hopes of venturing into coaching baseball as part of his career.

Vaverchak played for the area youth baseball organization from the ages of 4-13 and has remained with the league as an umpire every year since.

“I viewed it as an opportunity to stay around the game that I love,” Vaverchak said of officiating games in recent years. “I don’t really see it as a job, it’s more being around the game. I really enjoy umping and I enjoy seeing kids develop their game through the years and see them get better. … I think being around the game, especially umping, made me see that I want to coach further down the road. I think I’ll really enjoy coaching later in life.”

Vaverchak participated in three varsity sports for the Firebirds, adding basketball and soccer to his baseball pursuits, and was expected to be the lone returning senior helping to guide a young Firebirds baseball team this past spring.

The corner infielder was a steady presence in the middle of the lineup as a junior, according to Phoenix varsity coach Chuck Chawgo, providing power, contact, and a smart approach while willingly accepting orders to sacrifice and bunt to advance runners.

Vaverchak was expecting to play mostly at first base as a senior with some time at third. He also pitched occasionally when needed and even filled in as catcher once during his junior year, according to Chawgo.

Vaverchak said that he and other returners had established a goal of qualifying for the Section 3 playoffs prior to COVID-19 shutdowns this past spring and while that opportunity was eliminated, he remains proud of the way he approached his lone varsity campaign.

“We didn’t win too many games, but the memories made on the teams that I played for, I couldn’t be prouder of my teammates,” Vaverchak said. “We always found a way to keep trying to get that next win, and we always played together as a team. I always respected that we never fought with each other, we were always there for each other even though we weren’t winning.”

Chawgo described Vaverchak as a leader-by-example, both reliable and mature, and that his calming approach with teammates along with his baseball IQ could help him evolve into a strong coach.

“He was a very mature, responsible player who is not afraid to work,” Chawgo said.

“Watching him through the various sports he plays, he’s always trying to help out his teammates and when he sees someone struggling, he’ll talk to them about it,” he added. “You get some players that will yell at other teammates, but you would see Nick put his arm around kids and say: ‘Hey, this is what you can do.’”

Vaverchak fondly recalled playing for fall travel teams through the Phoenix Little League in recent years, joining friends at past all-star games, and being referred to as ‘Lil Bambino,’ by announcer Pat Frawley after flashing some pop in his bat at a young age.

His parents — Kevin and Bobbi Jo Vaverchak — are longtime supporters of the league and his two older brothers, Chris and Zach, also played for the organization.

Nick Vaverchak is considering trying out as a walk-on for the baseball team at Brockport next spring and is eager to begin pursuing his career in physical education and coaching.

“It meant a lot to me and I thank them for giving that scholarship and presenting that opportunity to further my education,” Vaverchak said. “I plan to be around the league and the community more, umping and whatnot, in the coming years.”