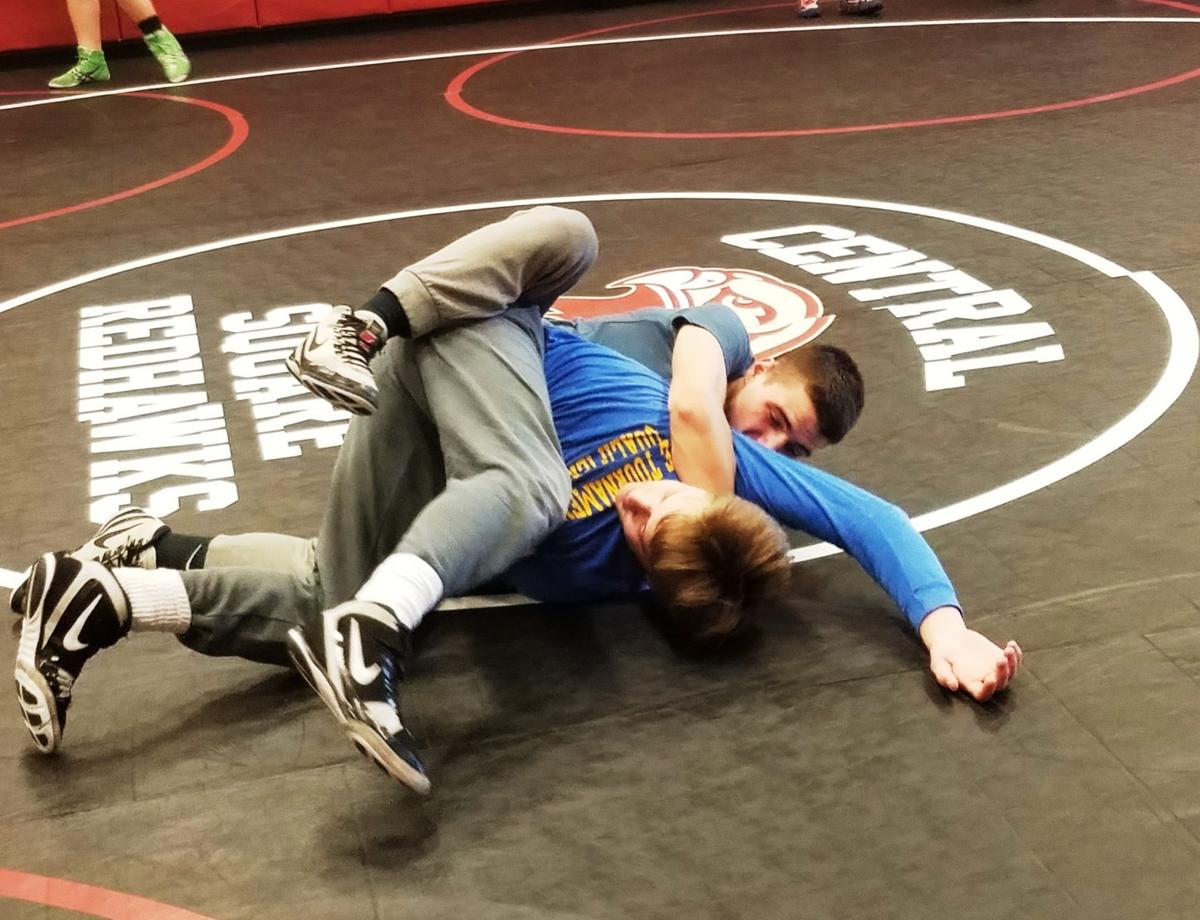 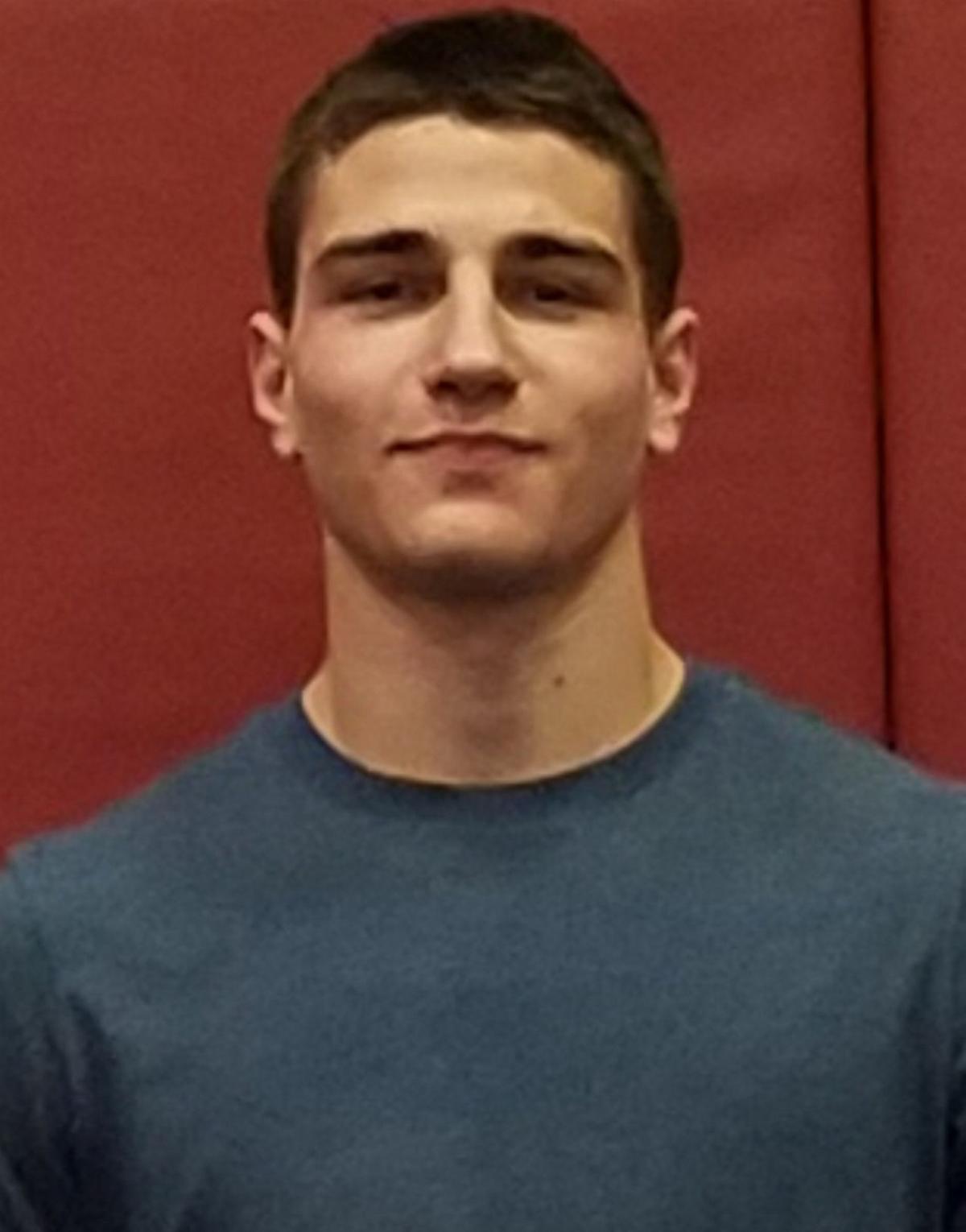 CENTRAL SQUARE — Peyton Rupracht can place a check mark next to a highly significant box on his senior-season bucket list, but still has several goals left to pursue in his sixth and final varsity season for the Central Square wrestling team.

Rupracht recently captured his 150th career victory for the Redhawks and is rounding into form as he prepares to chase elusive titles in the upcoming Section 3 Class A and Section 3 Division I championships, which are slated for Feb. 8 and Feb. 15, respectively.

Rupracht — the third son of six boys that all wrestle avidly in his family — entered this week with a season record 27-3 while wrestling between the weight classes of 152 and 170 pounds, and has a career mark of 160-57, according to cnywrestling.com.

He became the eighth wrestler in program history to win 150 career matches, and is currently tied with Max Emond for sixth-place on Central Square’s all-time wins list. He is also approaching Andy Case (165 wins) and Dan Smith (161) to move into the top four.

“That feels great knowing I’m up there,” said Rupracht, referring to the large ‘Century Club,’ sign in the team’s practice room featuring all of the past names to secure 100 career wins for the Redhawks.

“I looked up to a bunch of guys like Blake Engebretsen, who has the second most amount of wins right now, I was so happy to be able to wrestle in seventh-grade with him and some of these guys and now to get up on that board with them just feels great,” he added.

Rupracht claimed the historic achievement by working to an 8-3 victory by decision over Watertown’s Adam Ortega in the third-place match of the Kenneth Haines Memorial Tournament on Dec. 27 at Oswego State University’s Laker Hall.

Rupracht said that he knew going into the tournament that he needed to reach the championship or consolation finals in his bracket to earn the opportunity to wrestle for win No. 150.

Rupracht said he was counting down the final seconds of the match while feeling relief, and was celebrating with his family and teammates just a few moments later.

“Once he got that win, you could see the smile on his face and his parents were there to support him and when we heard that announcement on the speakers, once you get 150 it’s definitely an achievement, and you can tell that’s one box checked for what he wants to do this year,” said Tim LaRose, the second-year varsity wrestling coach for the Redhawks.

Rupracht has remained consistent throughout his six-year varsity career, securing 25 wins or more in each of the last five seasons, and has reached the top-six place finisher podium at the Section 3 Class A championships every year during his varsity career.

“This is my sixth (varsity) season so I was hoping just to finish strong and I came in doing the extra to put myself in a better position for the sectional and class tournaments,” Rupracht said. “I’ve had a good number of sectional tournaments at this point where I didn’t finish at the top like I wanted to, so I definitely want some championships this year.”

Rupracht started wrestling for the Redhawks peewee program around age five, following in the path set by his two older siblings. Two of his younger brothers, Gabe (sophomore) and Wyatt (8th), are now members of the Redhawks varsity team. Gabe Rupracht has posted a record of 20-10 while Wyatt was 19-9 entering the week to rank third and fourth, respectively, for most wins on the team.

Each of the six brothers have grown up attending weekly tournaments and a litany of offseason clinics, and Peyton described their dedication to the sport as a “family tradition.”

“It’s great being together for dual meets,” Rupracht said. “We have a strong support through our whole team and my heart is into my match and all my teammates matches, but especially when it’s my brothers on the mat. You’ve got to cheer for them and coach them and help them out as much as you can.”

Rupracht’s drill partner, sophomore Kole Mulhauser, came into the week with a 31-1 record as he pursues his second straight trip to the state championship meet. The Redhawks entered the week with a 10-7 overall record and a 3-1 mark in Salt City Athletic Conference dual meets with two matches left in the regular season.

“I have a great support system with my parents, and I have a great drill partner with Kole Mulhauser and his dad helps us a lot too,” Peyton Rupracht said. “So, for us, it’s just working out, doing everything we can to get better. When you’ve wrestled for this long and I’ve had so many matches, you just hate to lose and you do anything that you can to get better.”