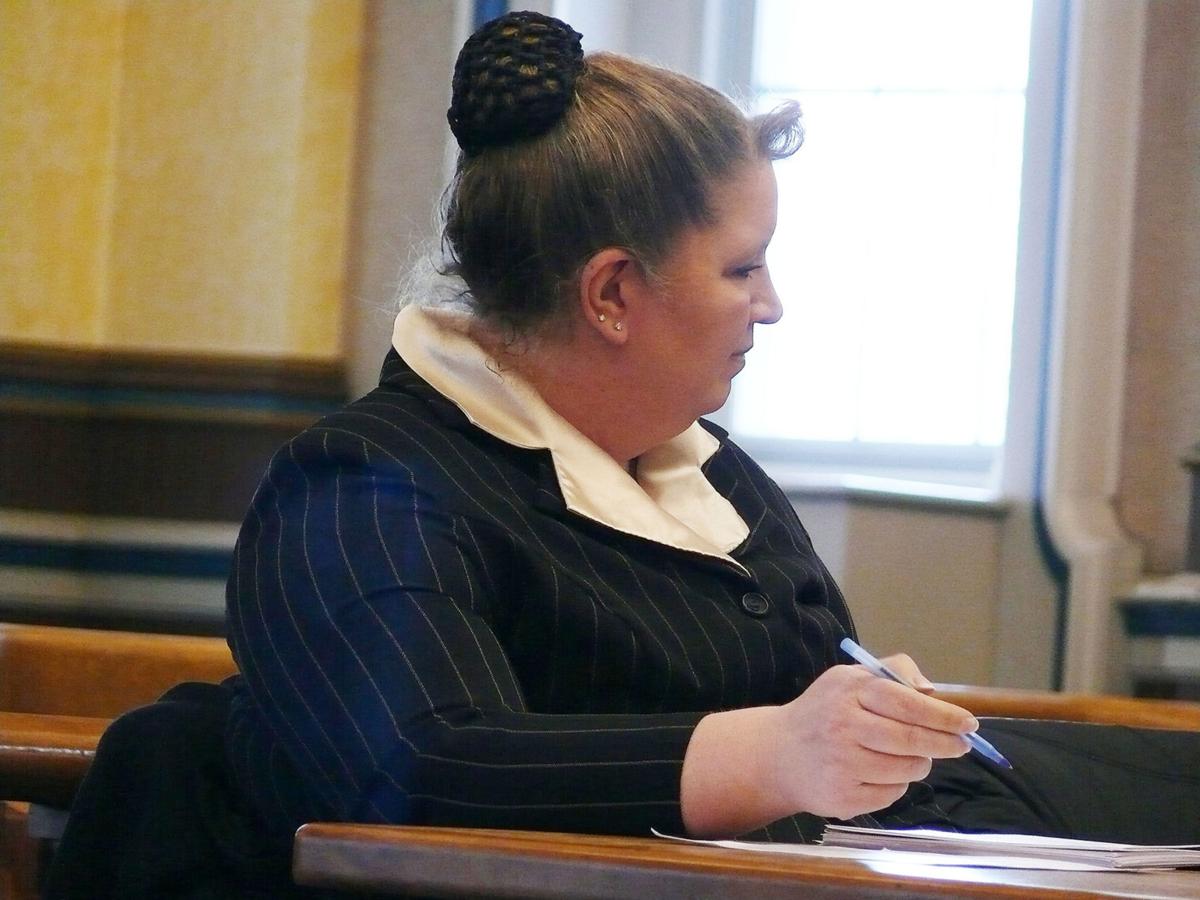 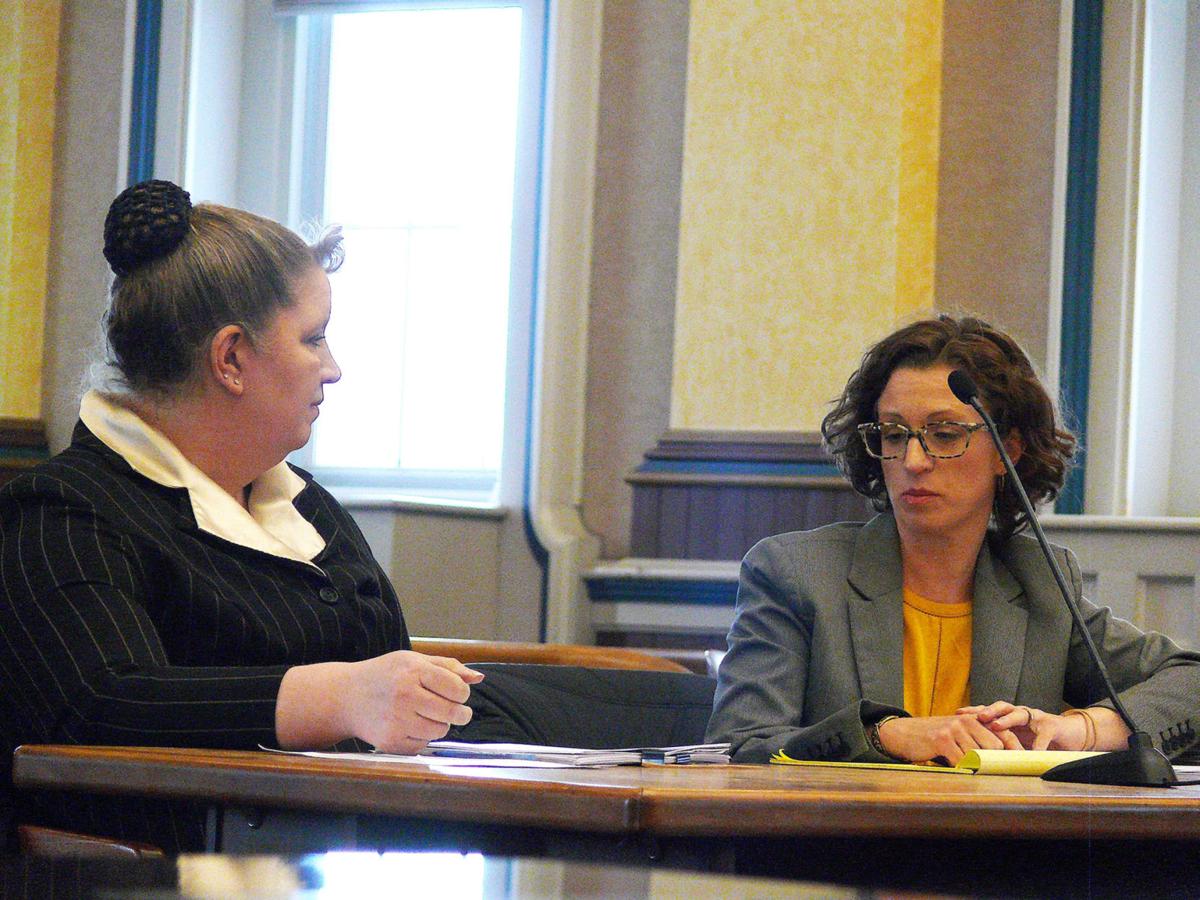 BOYLSTON – As of Monday, Jan. 13, with two days to go until the town of Boylston runs up against a court-ordered deadline to give Christine Soderlund a redacted electronic version of the town’s 2017 financial records, Soderlund had not received the files.

“As far as I know, everything’s been forwarded to our lawyer, and she’s taking care of it,” said Ann Stacy, Boylston supervisor, Saturday.

“I sent what I am capable to produce to our lawyer. I believe she’s going to redact them and send them to her (Soderlund). Everything’s in the hands of the lawyers.”

Attorney for the town in this matter, Rebekah Prosachik of Oswego, has been tasked with redacting the bank account numbers within the court-ordered files.

“That’s my understanding,” said Stacy, “because we don’t have the capability to do that.”

And therein lies the crux of this entire, lengthy disagreement over Christine Soderlund’s right to these files according to Freedom of Information Law, versus Boylston’s claim they could not redact and produce them digitally as Soderlund requested.

“The court ordered us to get this stuff to her digitally. We are doing that,” Stacy said.

Prosachik, Stacy said, will “probably” charge Soderlund for her time.

Soderlund had made that request three times in 2018 and finally, having received only documents from the wrong year and not in the electronic format she requested, appealed the town’s lack of compliance. The town never responded to that appeal until the Article 78 lawsuit was commenced and even then did not provide Soderlund with an electronic version of the checkbook register.

The town claimed it could not comply as it did not have the appropriate software. Its files are in the electronic accounting software known as QuickBooks. Soderlund had requested the files be given to her either in PDF of Microsoft Excel-compatible format. PDFs (Portable Document Format files) can be opened and read on any computer. Microsoft Excel is a widely-used spreadsheet program. The town argued it did not have a copy of Excel on the same computer on which the QuickBooks documents resided, that it would only provide Soderlund with a redacted version of the checkbook register, that they were not able to produce a redacted version on QuickBooks, and that they were not willing or required to buy a copy of Excel to do so. They offered Soderlund a paper printout of their QuickBooks files at 25 cents per page which the town would manually redact. Soderlund would not accept that.

“QuickBooks allows you to export a report in an Excel spreadsheet that you can take and hand over to somebody in an electronic form,” Soderlund’s attorney, Cameron Macdonald argued in County Court, “and that’s what she (Soderlund) asked for. She said either a PDF or a Microsoft Excel-compatible format. You don’t even need Excel on a computer that only has QuickBooks in order to export a report that becomes an (Excel) file. FOIL provides that you should go hire somebody if necessary and pass those costs along to the requester. And what I’m saying is that this is such a simple task that a temporary employee at minimum wage could do it within an hour. A town council’s paralegal or secretary could do it. It’s just not a complex task. But the town’s not even willing to make that minimal effort.”

Prosachik responded, “In no means was the town trying to hide or deny information to the petitioner.”

Macdonald argued the town’s claim they did not have and would not pay to buy the software necessary to electronically redact the bank account numbers was a bogus objection.

“Even the computer that has QuickBooks on it” Macdonald said, “they can go to Google and get a free program that is exactly the same as Microsoft Excel, called Google Sheets, that does exactly the same thing where they can redact the parts intended using that spreadsheet program. It’s not $200. It’s zero dollars.”

“If I don’t get it Wednesday,” Soderlund said Monday, “Thursday morning I’m just going to email my lawyer, Cameron (Macdonald) and ask him what we should do.

“They broke the law by not doing the FOIL request,” she said. “I don’t know if we’d have to go back to court. I’ll have to ask Cam. I didn’t ask him that ‘cause I figured we would get it soon. He’s probably thinking the same thing.”

As far as being charged for the electronic files, Soderlund said, “My understanding is that I shouldn’t get charged. I’ll have to ask Cameron if they can legally charge me. Because it can be done for free. So, why am I getting charged?

“My understanding from Cameron,” she said, “is you can do it on Google Sheets or Google Docs.”

Soderlund uses Google Sheets for scheduling as a nurse at Upstate University Hospital.

“I’m not a real computer-techy person, and I learned it in like a minute. It’s super simple.

“I don’t know what the big deal is about the whole thing,” she said. “I mean, it’s just public information.”

And why does Soderlund want this public information? One word: taxes.

“Our taxes are so high,” she said, “and we’re just trying to figure out why. They’re so much higher than Sandy Creek. I know there’s only 500 people here, but it seems like our taxes are so high for such a miniscule amount of people. We don’t have public water. We don’t have public sewers. The only thing they do is plow. There’s not a lot of people they employ in the town. It just seems like an exorbitant amount of money. And I think ‘what do I get for my money?’ We don’t have our own post office, we don’t have our own fire department or our own school. We borrow everything from Sandy Creek. So, what are we doing with all this money? There’s a handful of people that work here. What are we paying for? I’m just wondering, where the money’s all going?

As far as a bill for the redacted files goes, “If I get a bill,” Soderlund said, “I’m just going to ask Cameron if I should pay it, do I legally have to pay it, and I’m going to do whatever he tells me to do. If he tells me to pay, I’ll pay. Hopefully it won’t be thousands of dollars.

“If they do charge me a lot,” she said, “it’s just going to make them look bad.

“This could go on for years, maybe,” she said. “I’m not giving up though, even if it goes on for 20 years. It’s within the taxpayer’s right. If it’s in the Freedom of Information Law, and we’re entitled to it, I’m going to ask for it.

“Why,” she asked, “are you punishing somebody that is asking for something that is legal to ask for and transparent?

“I don’t want to say anything bad about anybody because I don’t know these people,” Soderlund continued. “It could just be this is the way it is, and it could just be like nothing, and it could be wrong assumptions on my part. Keep an open mind. I don’t hate anybody. I don’t dislike anybody. I wouldn’t want people saying bad things about me either. But I just don’t know why they’re so hesitant.

“It keeps going back to why.”

Boylston’s attorney, Rebekah Prosachik, did not respond to repeated requests for comment.