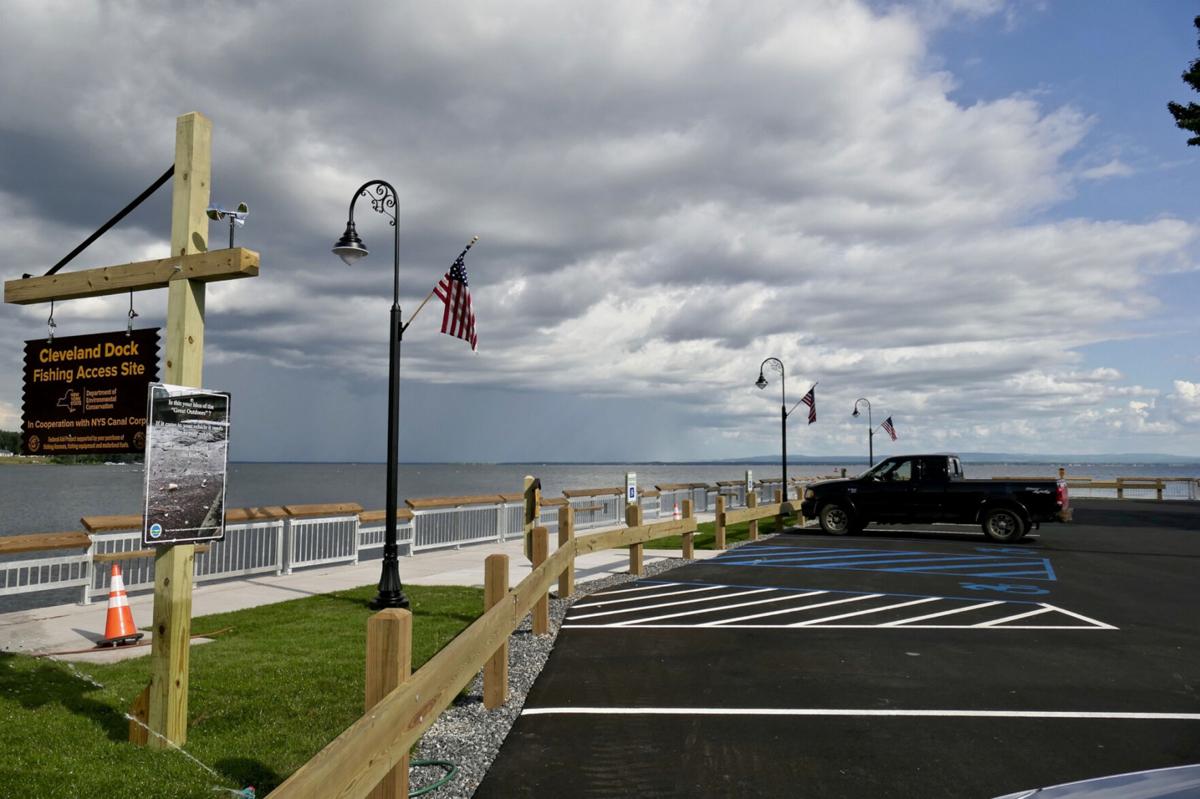 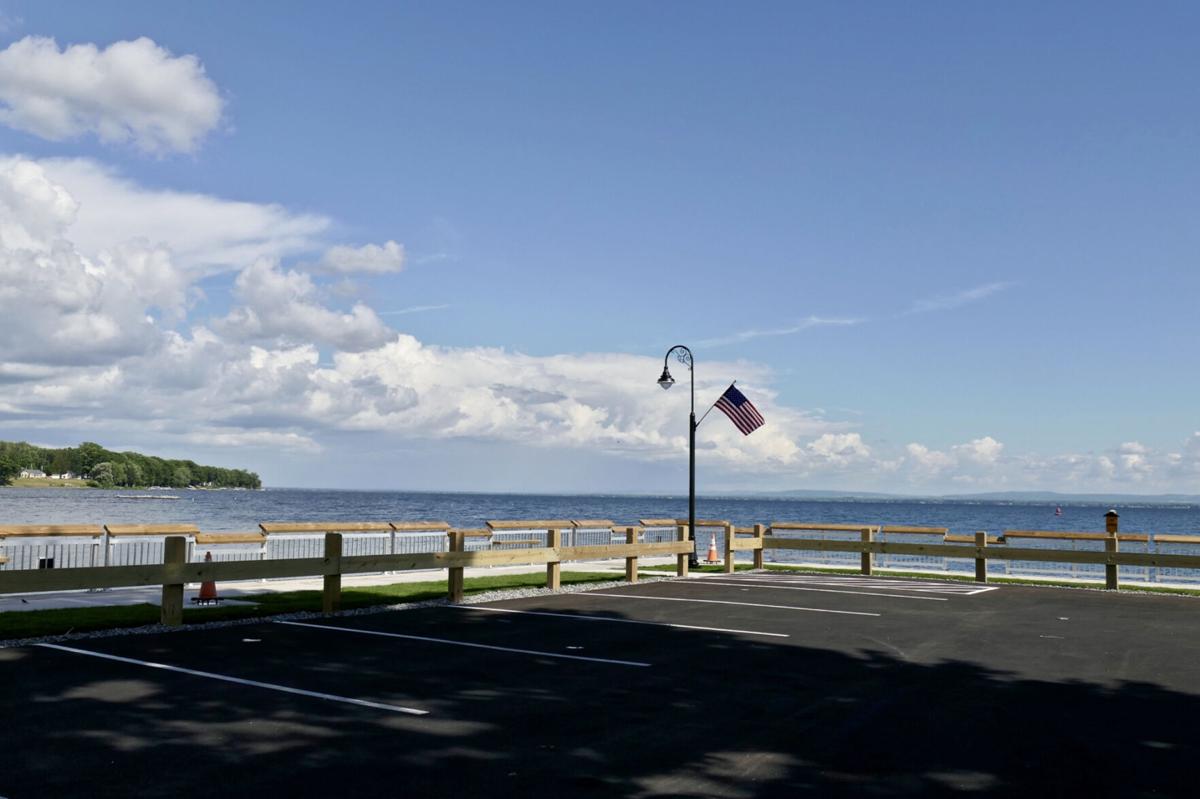 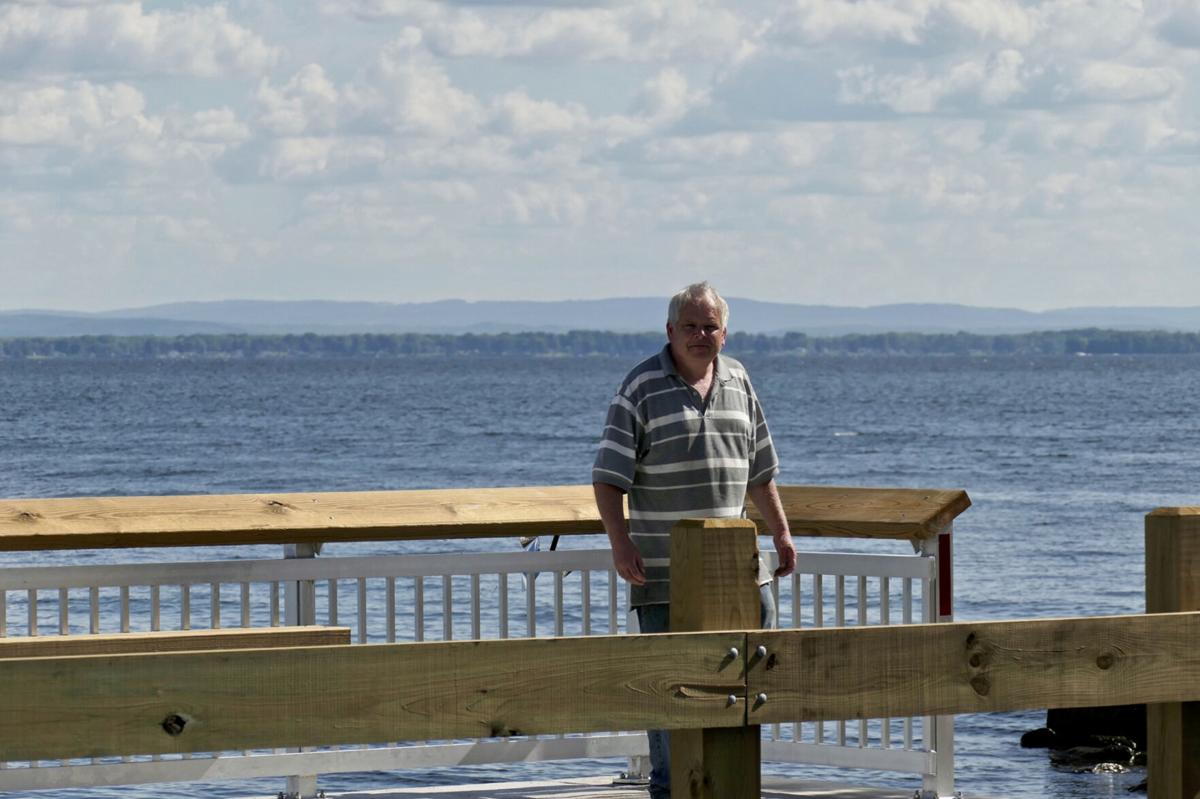 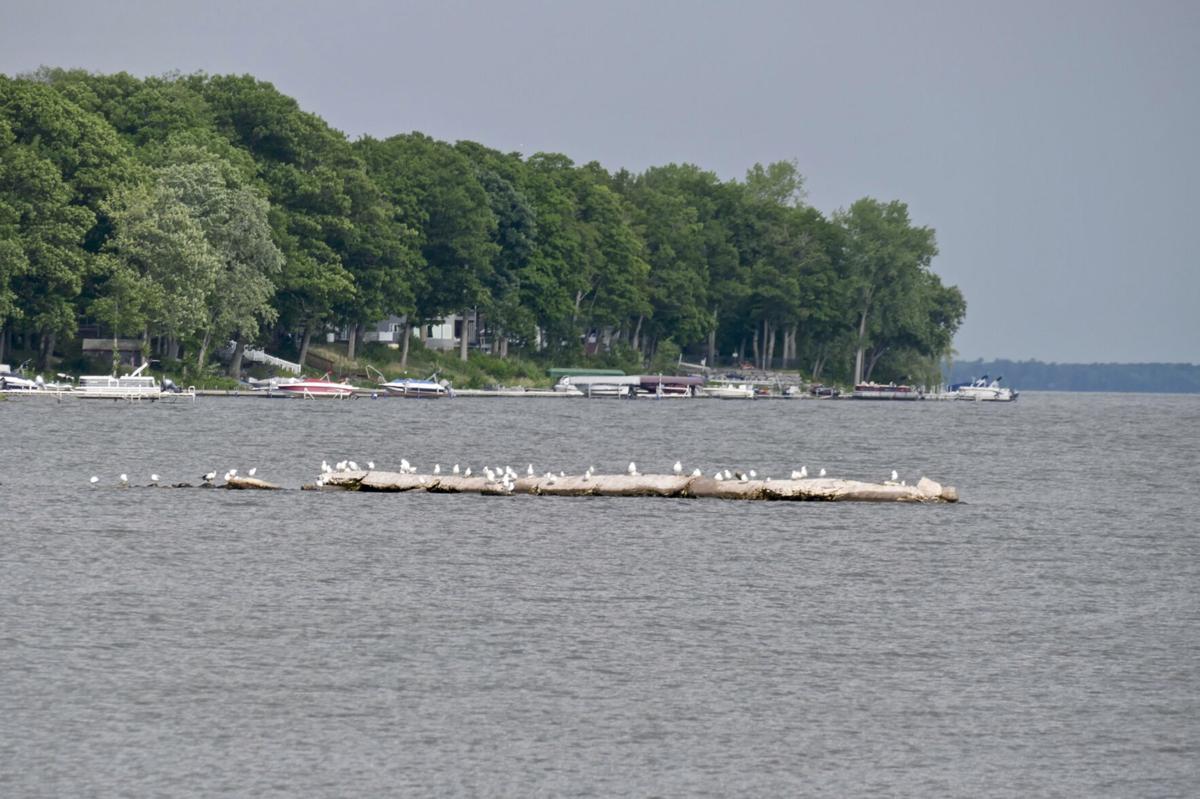 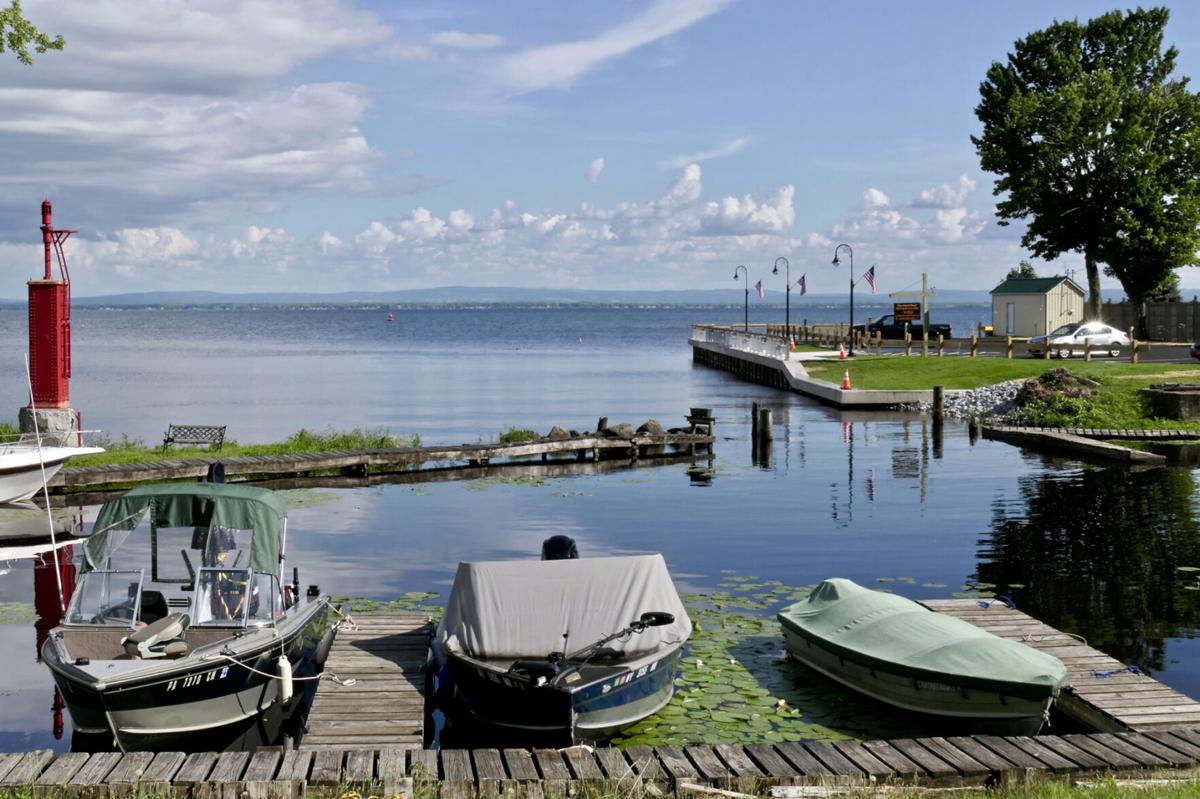 A view of the new Cleveland Dock from marina. Randy Pellis/Oswego County News 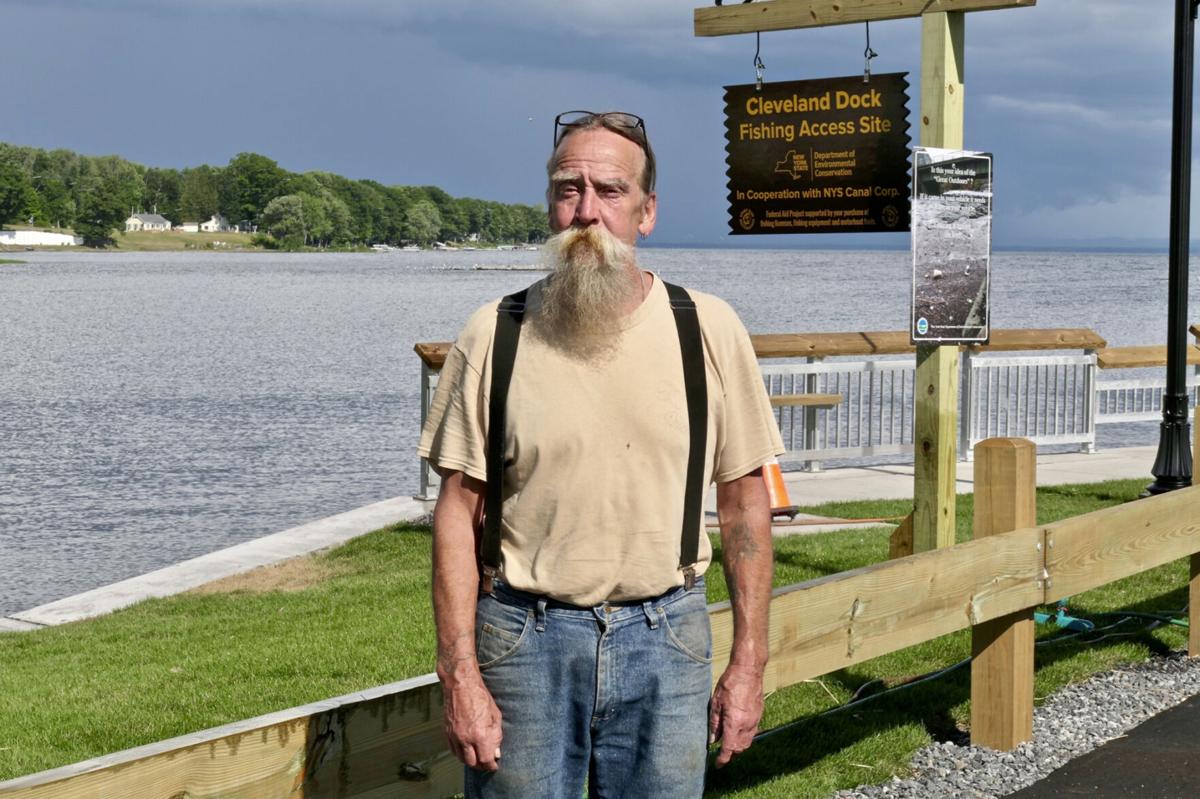 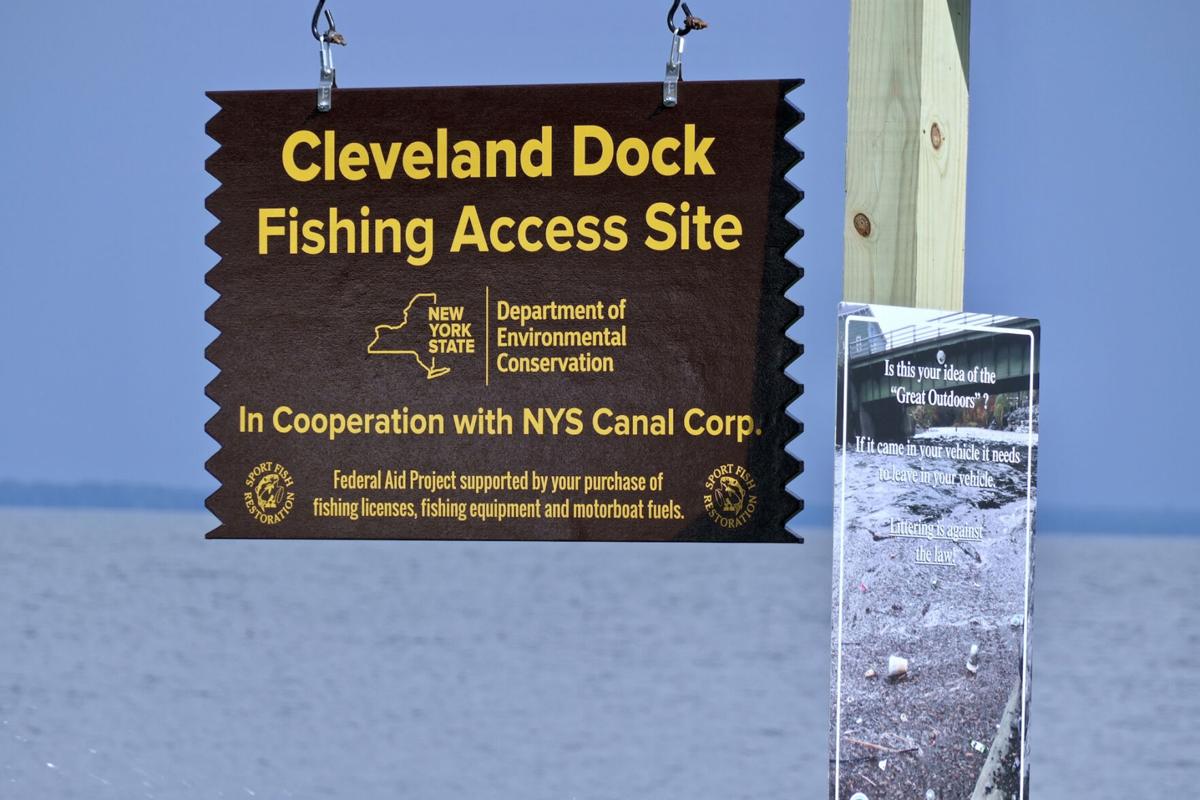 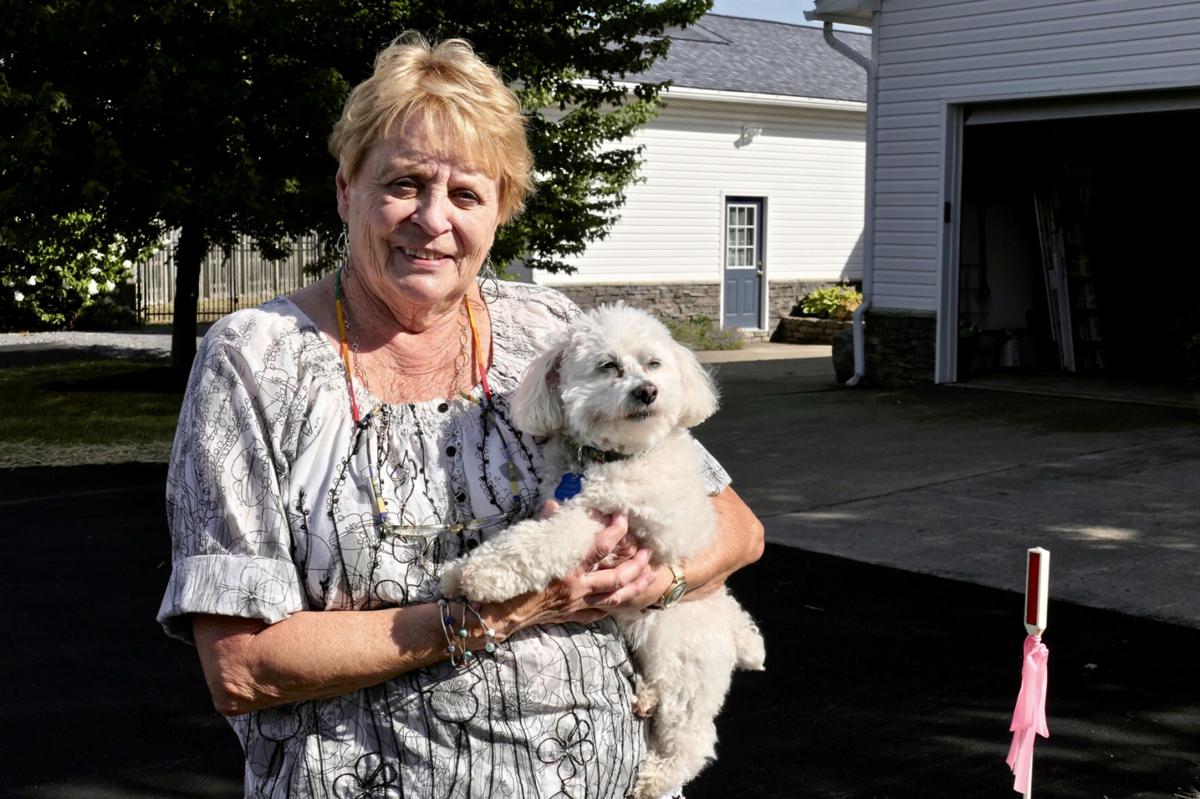 Faith at the new Cleveland Dock. With Faith is her rescue Maltepoo (half Maltese, half Poodle), Beau. Randy Pellis/Oswego County News 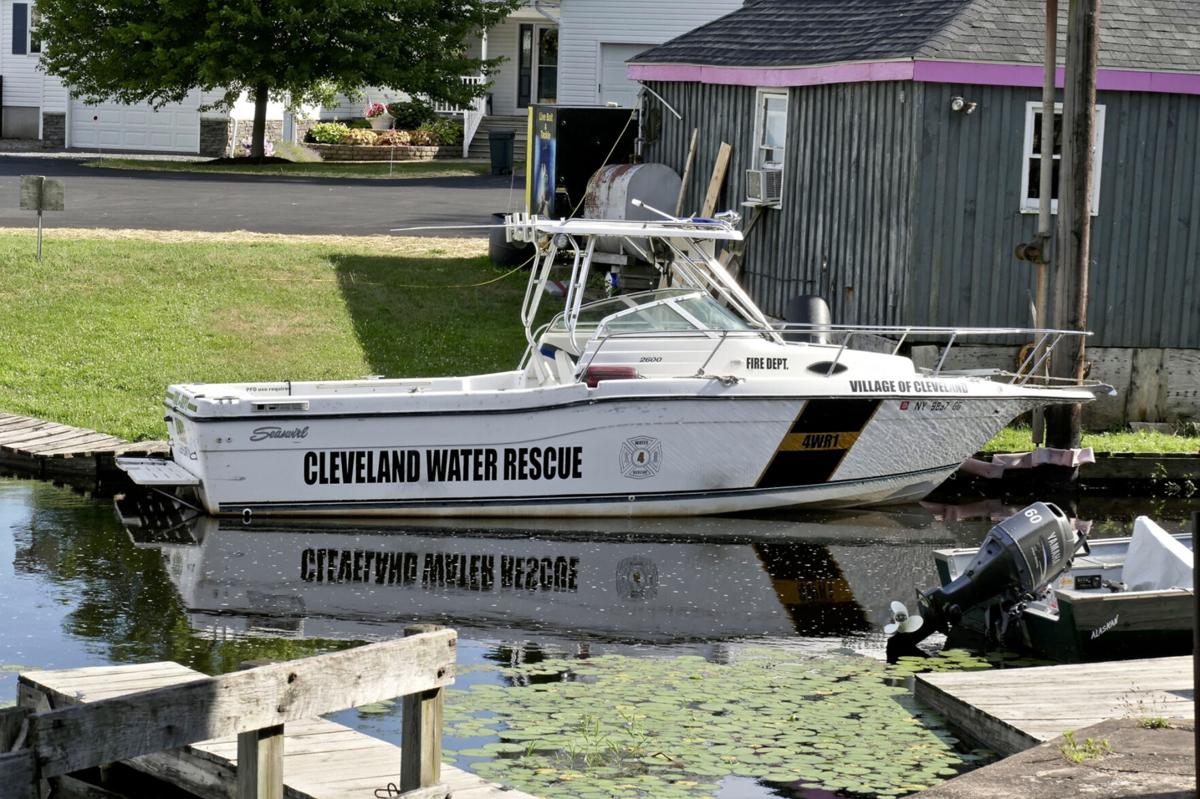 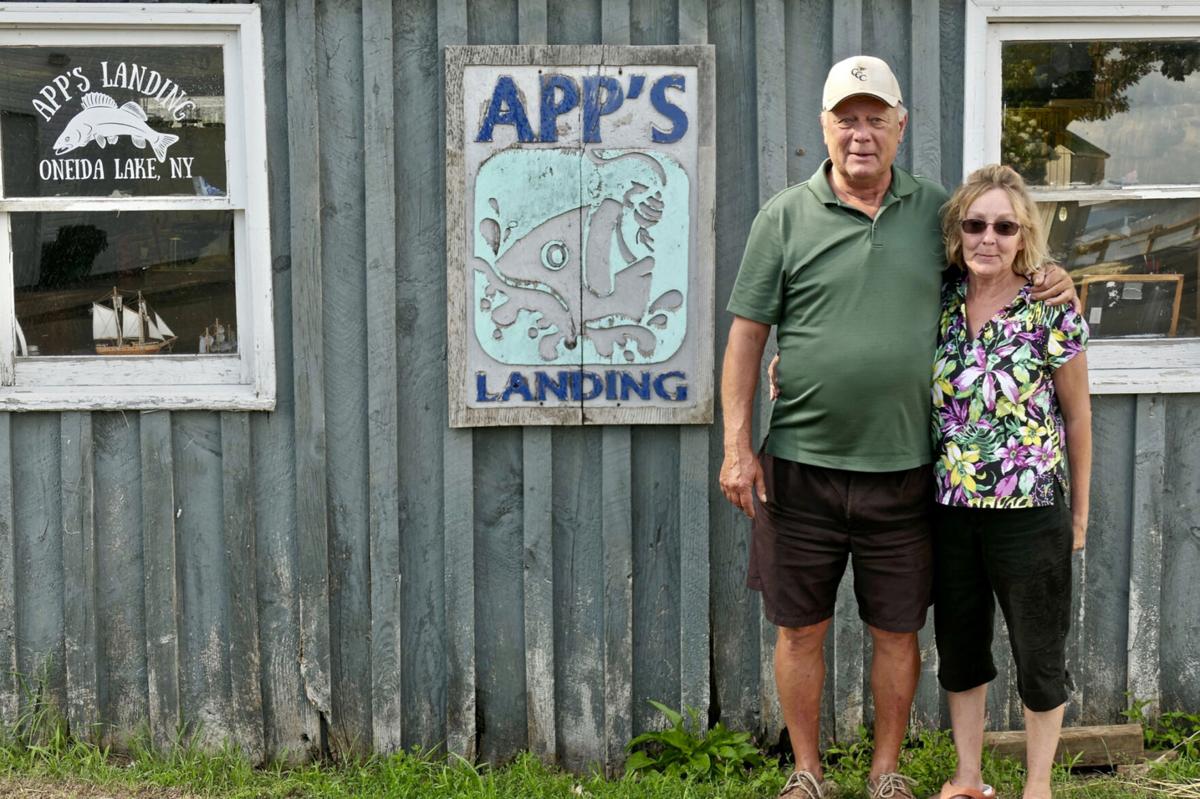 A view of the new Cleveland Dock from marina. Randy Pellis/Oswego County News

Faith at the new Cleveland Dock. With Faith is her rescue Maltepoo (half Maltese, half Poodle), Beau. Randy Pellis/Oswego County News

CLEVELAND — As was reported in February, it’s been a long time coming. But finally, after 25 years of petitioning the state for grant money, Cleveland has its dock, a beautifully designed and constructed modern version of the 160-year-old relic which, while historic and beloved, was crumbling almost into oblivion.

The state Department of Environmental Conservation (DEC) and the New York State Office of Parks, Recreation, and Historic Preservation put $938,310 into the restoration, rehabilitation, and beautification of Cleveland’s dock, a long-time dream that finally came true earlier this month.

“We are all so pleased with it,” said village Mayor Laureen Tackman. “It’s like a whole different area down there. The transformation is unbelievable. Everybody’s so excited about it. I am just amazed how nice it came out.”

The original dock, on the shores of Oneida Lake, had deteriorated to the point of becoming a safety concern.

“I can’t tell you when it happened, but I know a few years ago,” Tackman recounted in February, “there was a sinkhole in the middle of it, right on the road part where you drive down in there. And it was a pretty good size. It was taken care of immediately, but to me, that told me there was a lot of work that needed to be done underneath there to shore everything up. One of my concerns was that we get a lot of trucks on there, a lot of trailers, and I was really concerned that at some point in time, I’m going to look over there, and the whole thing’s just gonna go into the lake.”

Well, sinkholes should now become the least of Tackman’s worries. The new dock is surrounded with steel. And the whole thing sits on steel pilings. So, as far as new sinkholes go, “I don’t think we’ll be seeing that happening for a lot of years,” Tackman said.

That steel seems to have eliminated the necessity of a new breakwall to replace the two that were originally built to protect and preserve the dock. Only part of one is even still visible. The breakwall off the south end of the dock can’t be seen, if it even still exists at all. Tackman remembers it.

“There was a break wall off the south end of the dock. I used to fish off it,” she said. She used to swim off the old dock, too. The new dock has a ‘no swimming’ sign posted.

“The old one, there used to be a wrought iron ladder going up the side of it,” Tackman recalled. “I swam down there when I was a kid. You’d climb up the ladder, the fishermen were at one end, we were swimming at the other, and the boats would come in.”

Even the boats are in question now. Supposedly, the new dock isn’t meant to be a dock at all, rather it’s meant to be a fishing pier. Nonetheless, boaters don’t appear to see it that way.

“We’ve already had people that’ve tied up to it,” Tackman said, “tied up to the railing.”

Rick Sorensen and Peggy Wilkenson have owned App’s Landing, the bait shop and marina right off the dock, for the past 30 years. The village and fire department have a rescue boat tied up there.

According to Tackman, “There’s quite a few rescues on the lake, believe it or not.”

And whereas Wilkenson feels the new dock has already helped their business, her husband’s not so sure.

“Not really,” Sorensen said when asked if he thought the new dock would help. “A lot of people come and sit. They’re throwing a line out and relaxing. So, you might sell a pack of hooks or a small pack of worms once in a while. As a rule, there’s not a lot. It won’t make a big difference at all.”

But that’s the summer story. Winter’s another story altogether.

Local surveyor Geoffrey Gursky backed Grogh up on that. “Parking lot is full of people, too, in the winter,” he said.

And why are all these people there then, even more than on absolutely beautiful summer days like the one I had there recently?

“Ice fishing,” said Grogh. “They head right out the end (of the dock) down there.”

That’s when Sorensen sees an increase in his business.

“Most of the good ice fishing’s out in this part of the lake,” he said. “That’s when we’re the busiest. That’s for sure. If we have ice. But lately, Mother Nature hasn’t given us ice. You get two or three weeks of it, but that doesn’t pay the taxes or the bills. You need a good 10 weeks of ice fishing to pay all the bills and think about a little grocery money. Little shops like this, I tell everybody, we’re in the dinosaur business. They’ll all be extinct some day. Well, first it was the box stores, but they don’t bother us too much anymore. It’s the keyboard shoppers. That’s the deal. That’s what we compete against now.”

Laureen Tackman looks on the bright side of winter and what it brings to Cleveland and what she hopes it will bring.

And that kind of attraction may attract a much-hoped-for buyer of the grocery store that now sits vacant on the lakeshore of Route 49.

“We’re still trying to get that store sold,” Tackman said of Cleveland’s future goals. “We really would like a grocery store in here again with a gas station, especially now since we’ve got this nice, big dock. We’d like to see somebody get in there and put a gas station back in there and a store. We really, really are hoping that maybe with this improvement to the dock and with the DEC buying the school, that maybe we can get somebody in there to open a store back up and put gas pumps back in. With the people that come in to fish and boaters, and they have a lot of tournaments off the lake, a lot people for the tournaments stay out to App’s Landing, and people come up there to get their lunches and take stuff out fishing with them. Plus, snowmobilers come off the lake, and they would go there. It was busy.”

Tackman has many more hopes for Cleveland. It’s gone through some hard years recently. But whatever future improvements are made, she wants people to get something out of them they can really feel good about, that they can truly say have improved their lives and the village.

“I don’t want people to just see their money going into a water project or updating a sewer,” she said, while granting those kinds of projects are important too. “I want them to see something that they can really see that their money’s going to.”

The new Cleveland Dock may very well do just that, for she understands the value of a project that can bring moments to families that you just can’t put a pricetag on.

“Cleveland Dock will always be a part of the Village of Cleveland’s history,” Tackman said, “and now we are joyously celebrating its rebirth! With its revival, Cleveland Dock will continue to be a prime recreational spot within our village for fishing access to beautiful Oneida Lake. One of my personal hopes is that this will bring more families to fish with their children. Let us pass the joy of fishing on to the next generation for their enjoyment as well as our own. The delight of seeing a child catch a fish is priceless!”