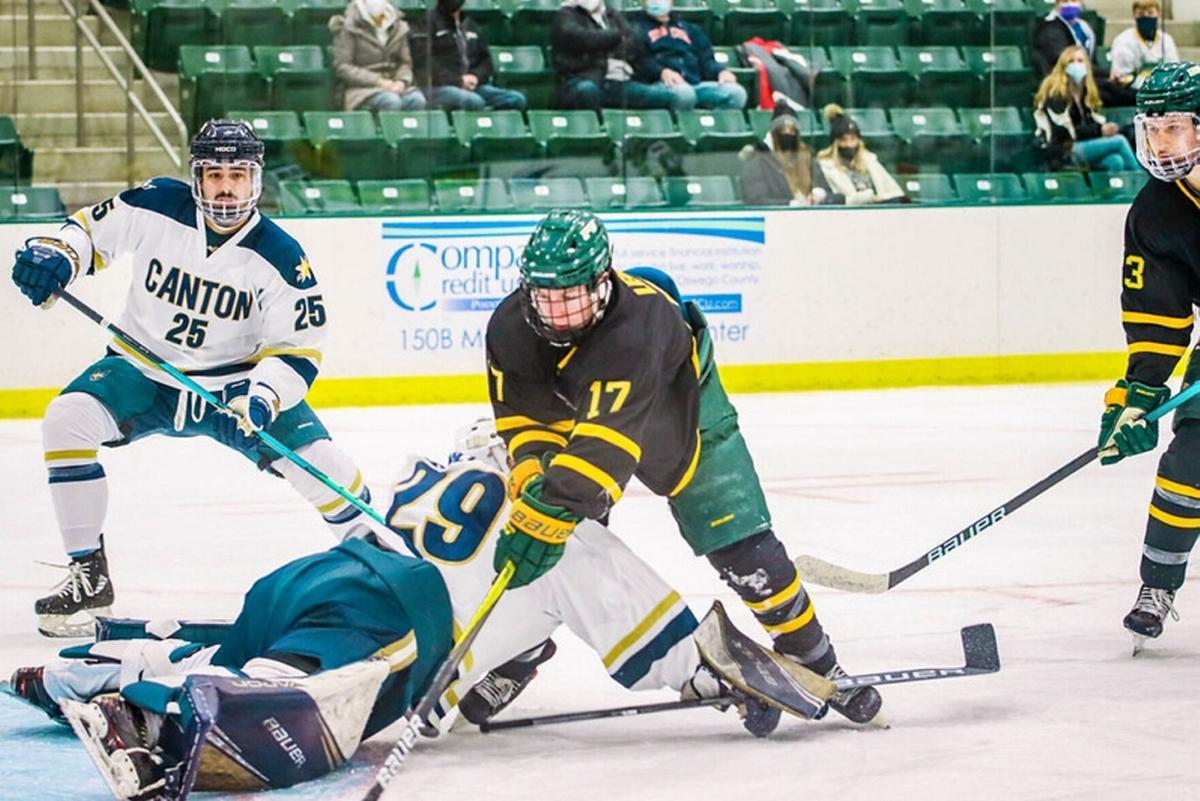 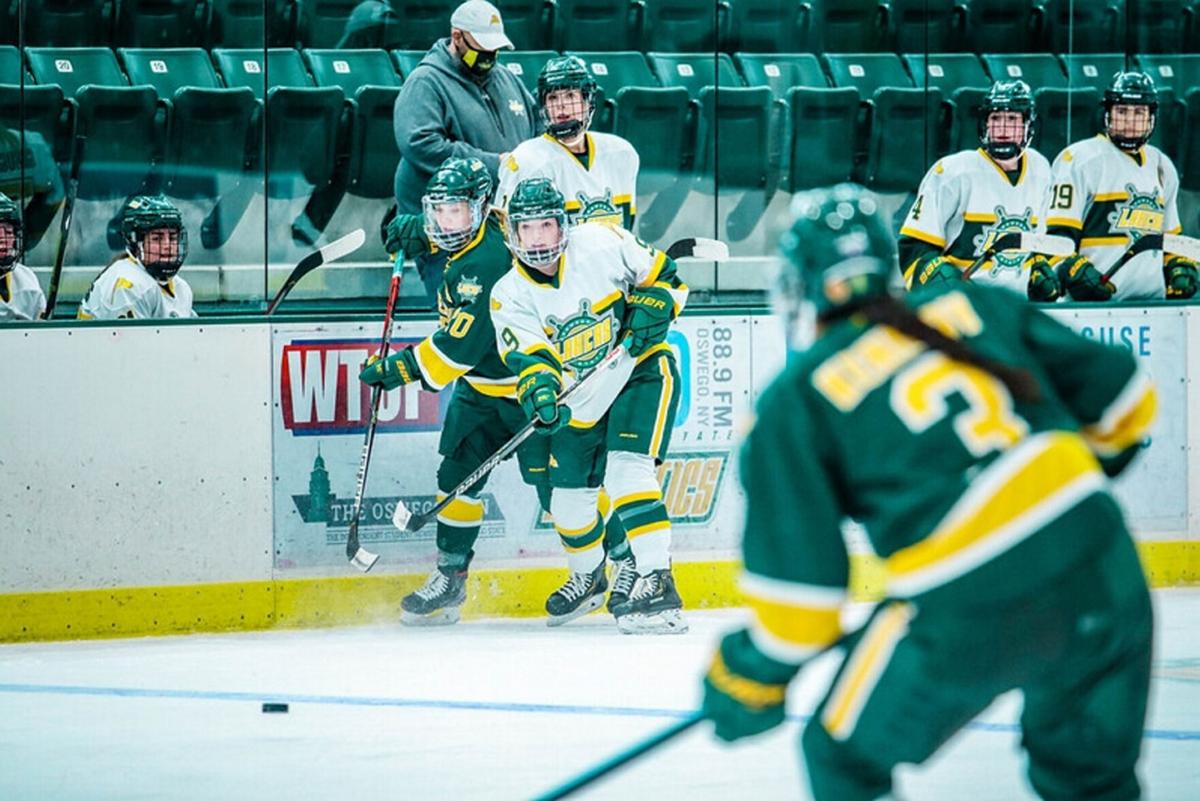 Oswego State women’s ice hockey players compete against each other in the Green-White scrimmage earlier this month at the Deborah F. Stanley Arena in Oswego. Alexis Fragapane photo provided by Oswego State Athletics. 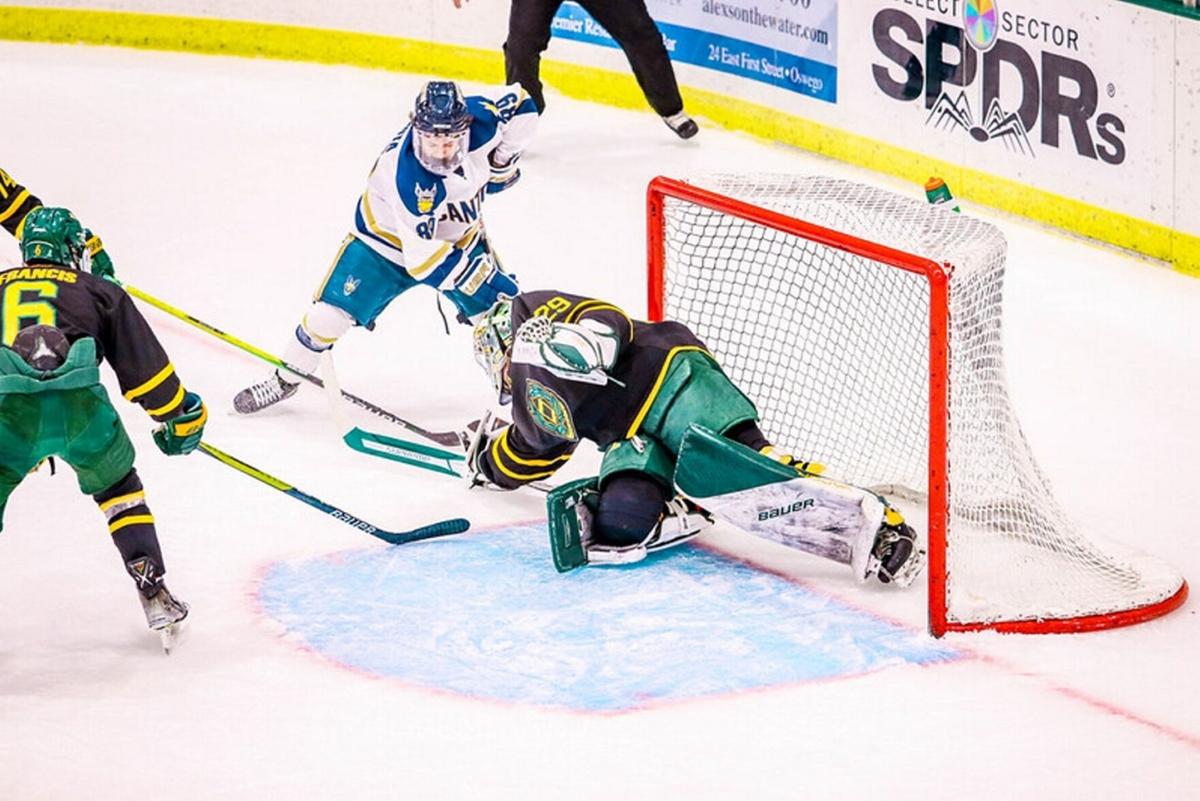 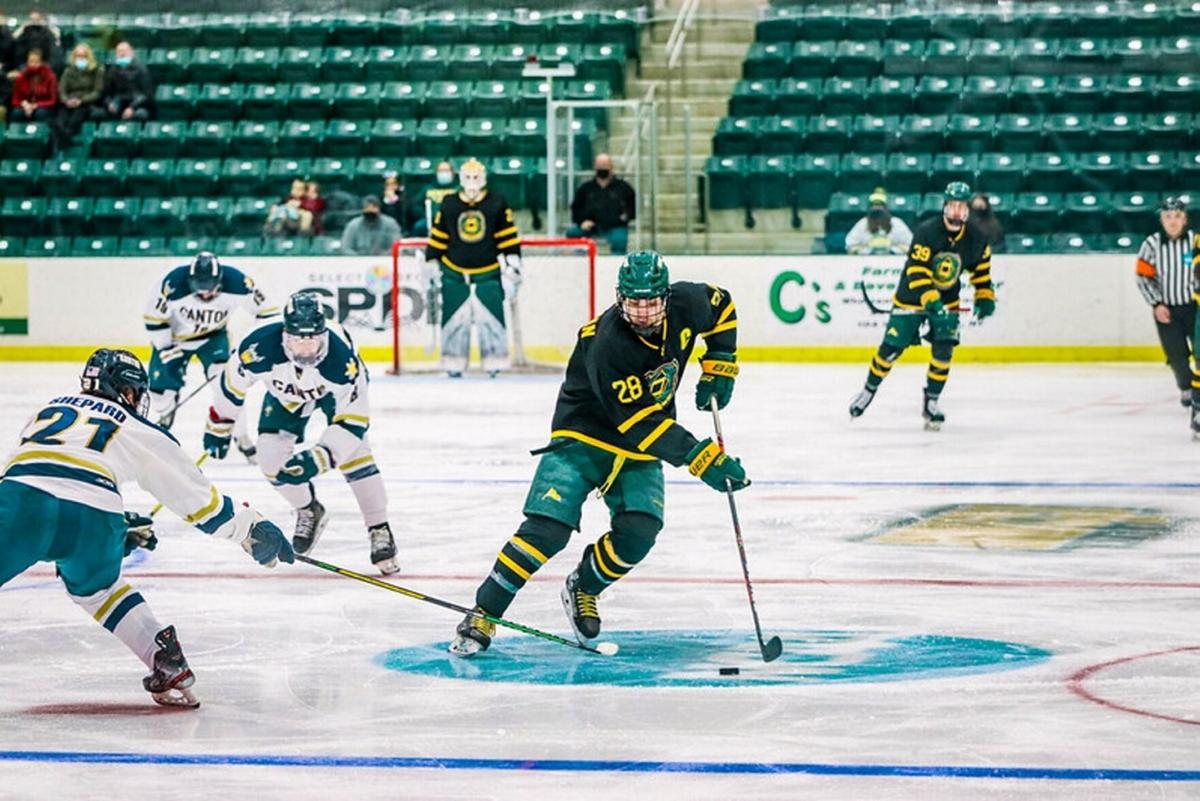 Oswego State women’s ice hockey players compete against each other in the Green-White scrimmage earlier this month at the Deborah F. Stanley Arena in Oswego. Alexis Fragapane photo provided by Oswego State Athletics.

OSWEGO — The Oswego State men’s and women’s ice hockey teams have each navigated through recent postponements and are on track to host a full weekend of home games diving into conference play.

The Oswego women’s team will host second-ranked Plattsburgh in a NEWHL matchup at 3 p.m. Friday while the men’s team will follow with a 7 p.m. SUNYAC clash against Buffalo State. The doubleheader will serve as “Employee Appreciation Night,” allowing free entry to all employed at the college.

The women’s team will also host Cortland State at 3 p.m. Saturday on “Girls Hockey Day,” encouraging youth players to attend the critical NEWHL outing. All games will be played at the Deborah F. Stanley Ice Arena on campus.

The Lakers men’s squad returned to practice Tuesday following a team pause of six days due to several positive COVID-19 tests within the program, causing the scheduled Jan. 9 game against Utica to be postponed.

Oswego head coach Ed Gosek said that about half the team was back on the ice Tuesday and he anticipated more returning throughout the week, hoping for a healthy and mostly fill lineup for the league showdown against Buffalo State.

The Lakers (9-4-1 overall, 4-1-1 SUNYAC) aim to pick back up after splitting their first two games of the second-semester schedule, falling 2-1 to fourth-ranked Augsburg before claiming a 3-2 win over Canton in their host tournament on Jan. 1 and 2.

Gosek was encouraged by the performance in the first game back against a nationally-ranked top five team, but felt the team was not as sharp in the close win over Canton.

He pointed to special teams play and team defense as keys to the Buffalo State matchup. Oswego opened the week ranked third among NCAA Division III teams in power-play percentage (30.5) and 21st in scoring defense, allowing 2.29 goals per game.

“Special teams will be key and then just continue to play strong in our own end,” Gosek said. “We’ve gotten a little sloppy just taking things for granted in our own end, so playing better team defense and limiting our opponent’s chances. It’s been a struggle to score, and instead of hitting the panic button, you just play better defense and usually that will open things up on the offensive end.”

The Oswego women’s team, meanwhile, is working toward a bounce-back after dropping their opening game of the second semester, 3-2, to Utica College last Sunday. In the prior week, they had three scheduled games cancelled or postponed due to COVID-19 concerns within the opposing team programs.

The unit played a split-squad “Green-White,” scrimmage on Jan. 4 after more than a week of practices amid the games being called off.

“We needed a game, we needed to do something, and so we did that just to mix it up a little bit and I thought that was beneficial just to get everybody a little bit of rhythm again, but certainly it’s not the same as getting a real game in,” said Oswego women’s hockey coach, Mark Digby.

The Lakers women’s team (6-3-1 overall, 3-2-1 NEWHL) is gearing up for another chance to shock second-ranked Plattsburgh after falling 5-0 to the Cardinals on Nov. 13.

Digby believes if the Lakers are more efficient handling the puck — four of the five goals they allowed in the first matchup came off Oswego turnovers — they can limit scoring opportunities for the Cardinals, which combined with timely saves was identified as the best path to a potential upset.

“They’re so dynamic offensively, so hopefully the players remember back to what worked against them the last time and what we’ve got to do if we want to continue to have success against them,” Digby said.

Oswego is also anticipating Saturday’s outing against Cortland after splitting their two matchups in the first semester with each game decided by a single goal.

Digby is also eager to welcome several youth teams to the rink for the “Girls Hockey Day,” promotion.

“It’s fun to have these types of events where the community can really get involved, and hopefully a lot of the younger players can get out and watch our game,” Digby said.

The Oswego men’s team will host its annual “Whiteout Weekend,” next week with games slated for Jan. 14 and 15 against Plattsburgh and Potsdam, respectively.