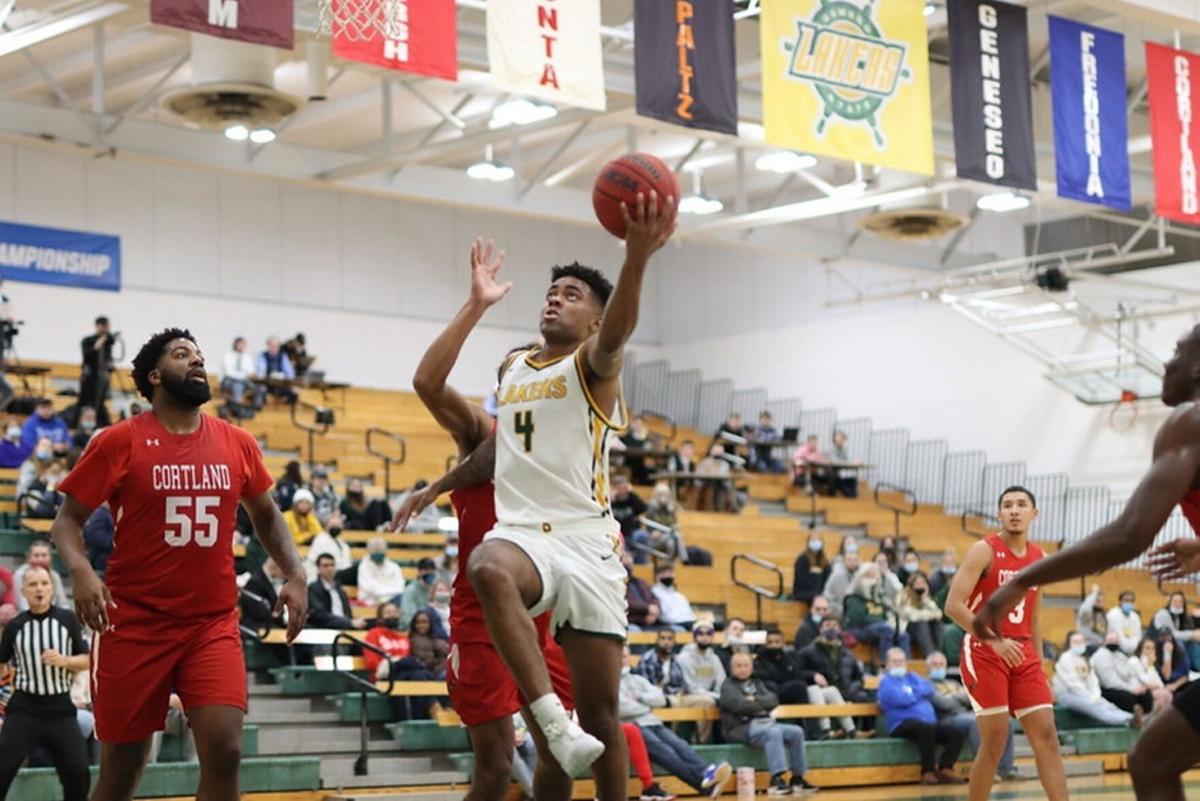 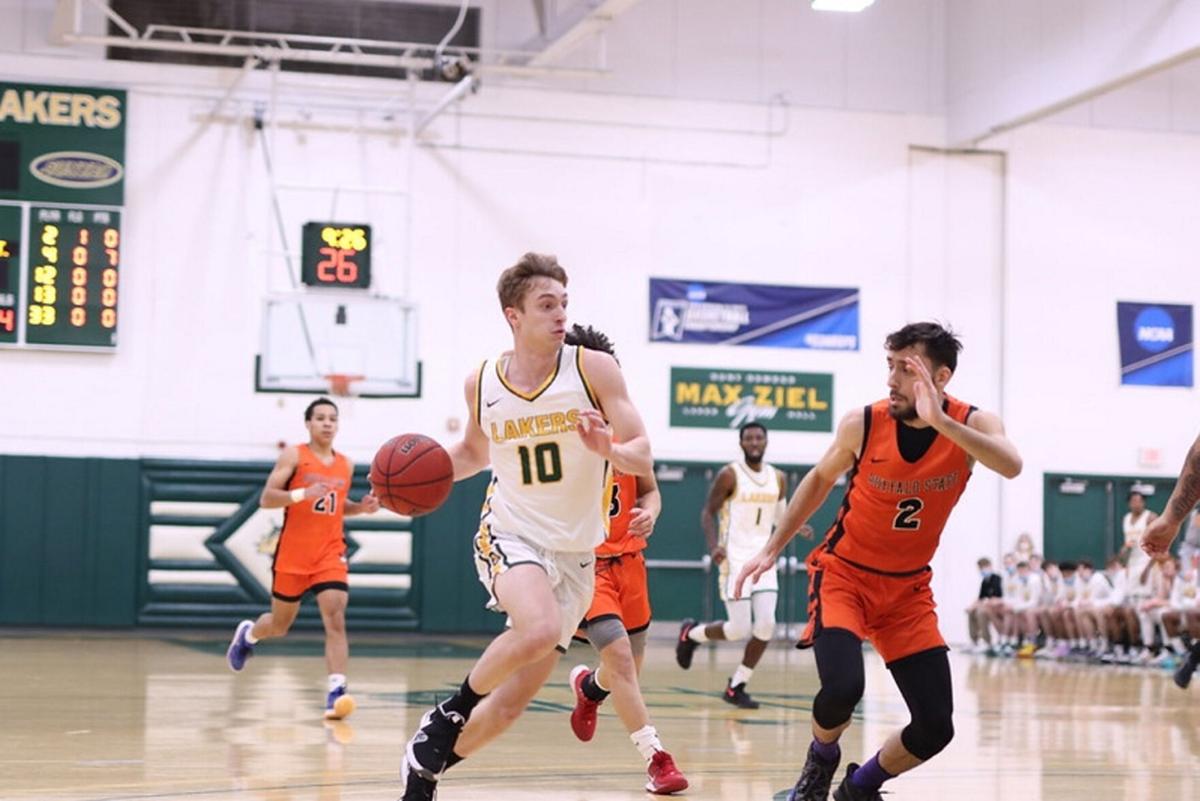 OSWEGO — Jason Leone occasionally scanned the gym during the opening scrimmage for the Oswego State men’s basketball team, feeling unsure in some routine situations and described the scene as “weird.”

The 10th-year head coach and the Lakers quickly settled in after roughly 600 days away from the court and since reasserted their place among the top SUNYAC teams with a 7-1 overall record and a 4-0 mark in the conference to end the first semester.

Oswego received votes in the latest NCAA Division III men’s basketball poll but was outside the Top 25 by D3hoops.com. The Lakers were set to begin the second-half slate this week at the St. John Fisher Tournament in Rochester.

“It’s euphoric, just awesome to be back for all of us doing what we love to do,” Leone said after the first semester closed. “That’s been a big part. I’ve told the guys that we have to keep perspective here, especially early, that we’re just really joyful that we’re back working together.”

Oswego ended the first half ranked 10th among NCAA Division III men’s basketball teams with a plus-18 scoring margin sparked by a lockdown defensive approach.

The Lakers returned seven players and two starters from the 2019-20 squad that went 19-8 overall, and last season was called off entirely due to COVID-19 concerns.

Three of the top four leading scorers — Julien Crittendon (12.1 points per game), Jeremiah Sparks (11.9), and Kaleb Cook (9.1) — are back from the most recent campaign and playing larger roles.

“It’s been fun to get back out there with the guys, it had been a long time, so there was a little extra push to get going and start off the season well,” said Cook, a returning junior guard from Auburn.

“I was able to take away and appreciate how much I do love basketball last year, and how important the season is and how much we should just enjoy playing together as a team,” he later added.

Players who stayed near campus for classes last year joined area gyms together when they re-opened amid the COVID-19 pandemic, aiming to maintain cohesiveness away from coaches and outside the organized team setting.

They returned this fall ready to work on plays, defensive concepts, and other prep for upcoming games relatively physically conditioned and on the same page considering the circumstances.

Leone credited the players for staying diligent and disciplined with daily habits in practice and off time since the start of the current campaign, and believes that served as the catalyst for their respective solo development during the year away.

“We were just trying to figure our team out coming back off the COVID year, and as the season has progressed, I think we’re getting into a flow and we’re going to keep growing,” said Crittendon, the senior guard from Melville.

Oswego has excelled in team defense and held teams to an average of 55.8 points through the first semester, tied for the fourth-best mark in all of NCAA Division III.

Opposing teams shot a combined 34.7 percent against the Lakers and just 24.6 percent on 3-point field goals, ranking as the third-stingiest defensive unit overall based on percentage, and seventh from behind the arc.

“We’ve shown that we might have the ability to be an elite defensive team, that could be this team’s calling card,” Leone said. “We’re a little quicker than we’ve been, and we’re longer, and we’re kind of position-less, so all those things are good.”

Leone’s 181-75 record since being hired in Sept. 2011 ranks as the best for any nine-season stretch in program history.

The Lakers begin the second half with postseason aspirations and last reached the NCAA Division III Tournament in 2019, advancing to the Sweet 16 to match the 2016 squad for the deepest tourney run at Oswego.

“I think it’s our buy-in as a team and that tradition we have here at Oswego, I think that plays hand-in-hand with recruiting, the system we have, I think that all plays a big role in the winning in this program,” Crittendon said.