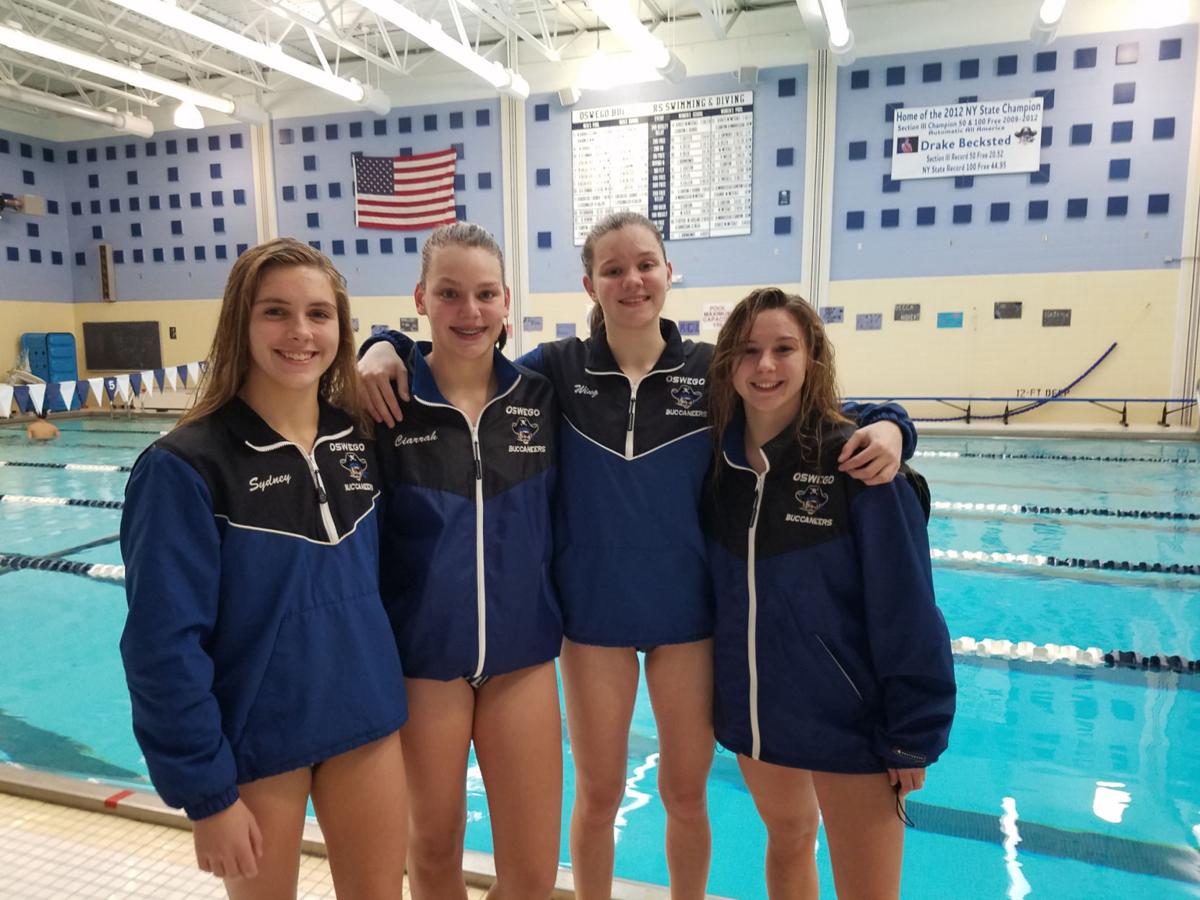 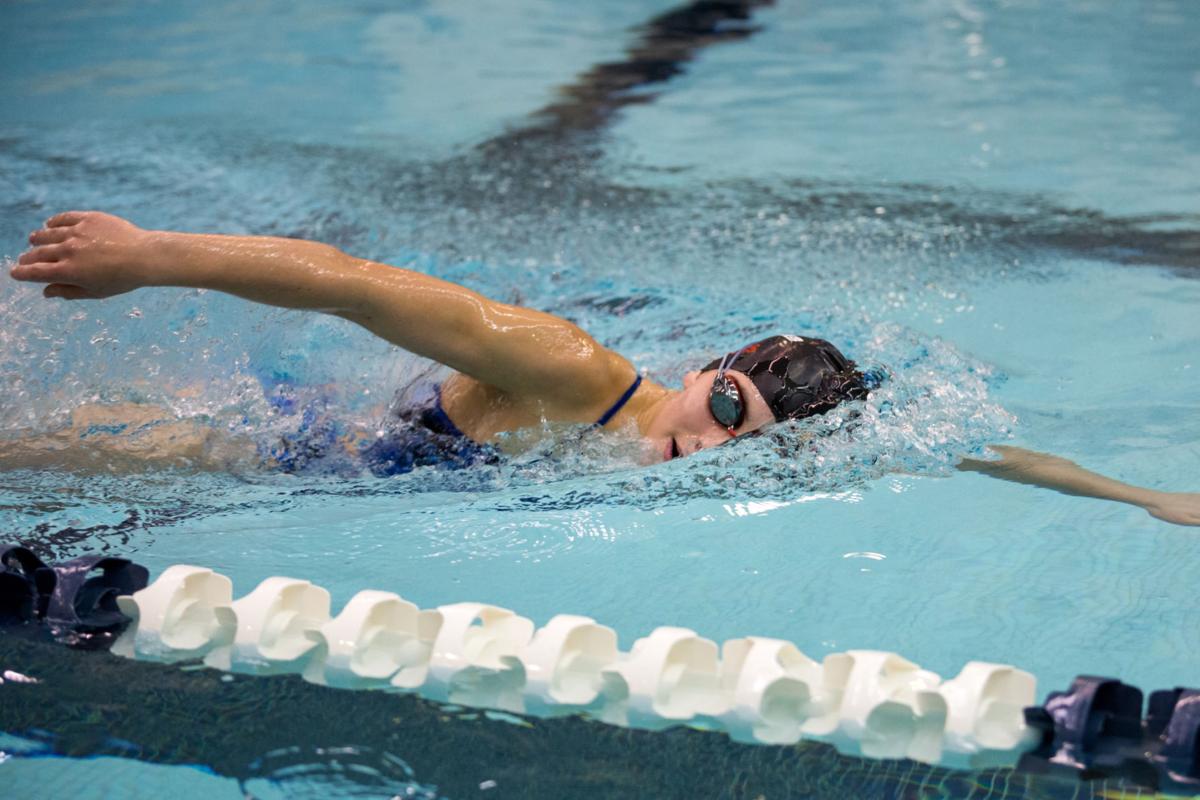 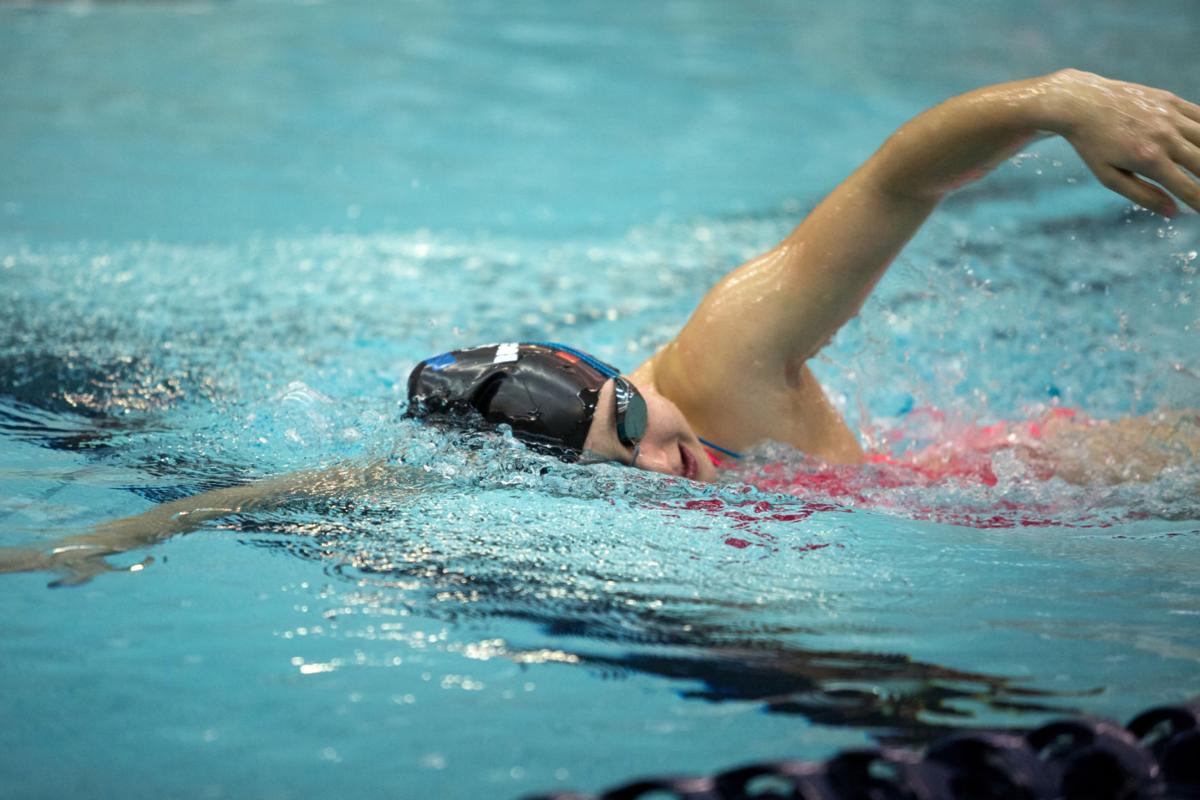 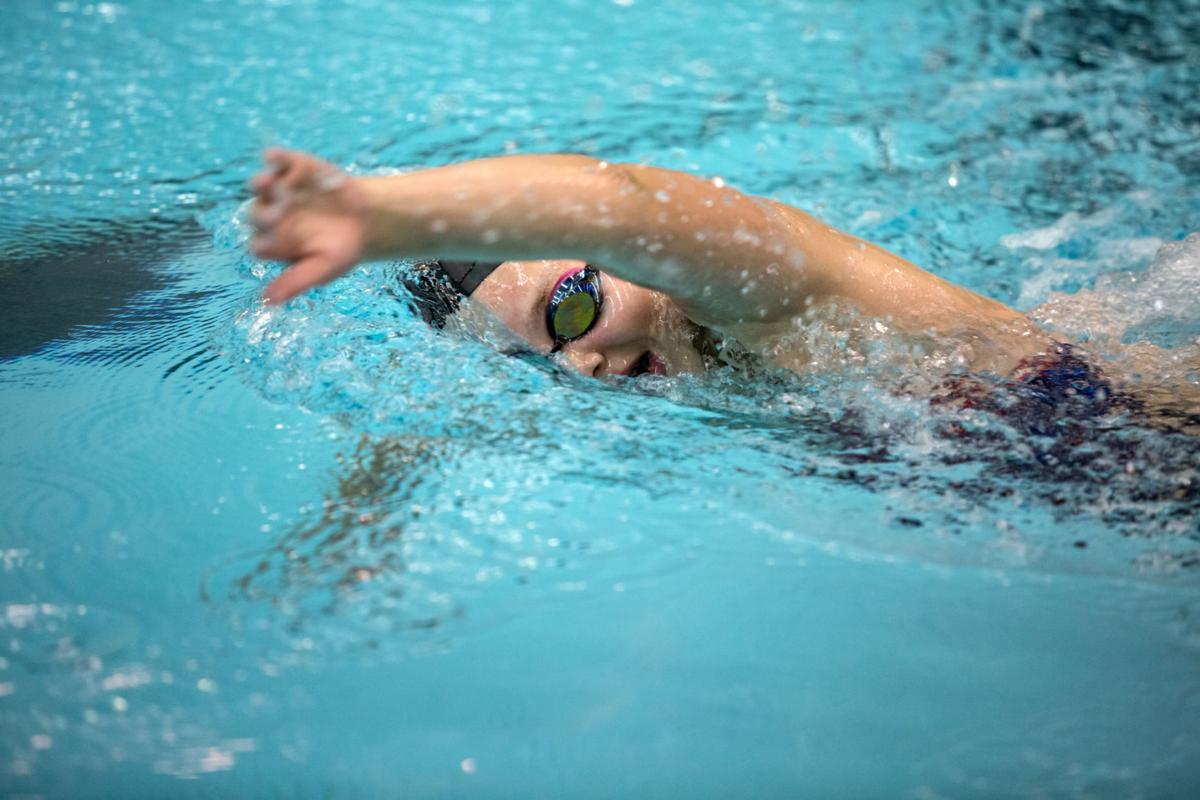 OSWEGO — As various teams trained in the gyms, hallways, and pool at Oswego High School on the first day of winter varsity sports practices on Monday, a pack of four girls varsity swimmers were still hard at work preparing to put the finishing touches on a masterful fall season.

DeLapp will also compete individually in the 100 freestyle for the second straight year while contributing to the first relay team from Oswego to qualify for states since 2014, which was also led by coach Josh Lerch.

The state meet will begin today with preliminaries, and the finals for each event is scheduled for Saturday. The emerging young group of Buccaneers went through their final paces this past week under Lerch while his boys team opened their first few days of practice on the other side of the pool.

“It was kind of like the culmination of the whole season for us, because it’s everything we had been working toward as a team, and really to have achieved this kind of honor together, it really just makes us so happy,” Wing said. “It’s awesome, it’s the biggest thing I have experienced outside of club (swimming), it’s just been amazing.”

The relay team posted its state qualifying time of one minute and 41.61 seconds during the Section 3 Class A championship meet on Nov. 9 at Nottingham High School.

DeLapp completed the final leg as her trio of teammates watched the clock. The group began celebrating soon after DeLapp’s hand touched the wall of the pool to finish securing the desired time.

“(DeLapp) was on the wall and she couldn’t breathe because she had just swam her heart out like the rest of us, and we all just started jumping and screaming,” said Wing, wrapping up her third varsity season. “We were all exhausted but that moment was just awesome.”

DeLapp placed 61st in the 100 free at last year’s state championship meet in her first career appearance as a freshman. The fourth-year varsity mainstay posted her qualifying time of 53.93 seconds with a first-place performance in the event at the Salt City Athletic Conference championship meet on Oct. 18 at Nottingham.

“It was really exciting, not too overwhelming, but very humbling to see how fast people are (at the state meet) and it was exciting,” DeLapp said.

“I think last year it was more focusing on making states for me,” she added. “Now this year that I made states earlier in the season, I’ve been trying to work to really cut time at states and try to make finals.”

DeLapp’s breakthrough a season ago helped motivate her younger teammates throughout the past year, and the group said they spent time training together in the offseason and cultivated a close bond throughout the season.

“It’s really motivating, and I think personally, it’s really good to have a friend (with that experience) by your side,” said Metslksy, a freshman in her first varsity season.

Tynan, a second-year member of the varsity squad, added: “It’s really helpful because (DeLapp) has that experience, and she’s really motivating us to get up to where she knows we can be.”

Oswego finished third in the team standings at sectionals and posted the sixth-highest team score at the Section 3 state qualifier at Nottingham High School earlier this month.

“I really feel that they have a lot more to give, so I think that’s why we’re really excited going into the state meet,” said Lerch, a former Oswego State University swim standout who has led the girls program since 2005. “A couple of the girls were sick going into sectionals and they all look great right now, so we’re really looking forward to this opportunity.”

Each of the four state qualifiers are expected to return to Oswego, which could provide two additional opportunities for the group to advance together after this weekend’s state meet.

“We’re a very talented young team, and I think we’ll be able to compete more and more at a higher level as we all grow up, get faster, and work together more,” DeLapp said.