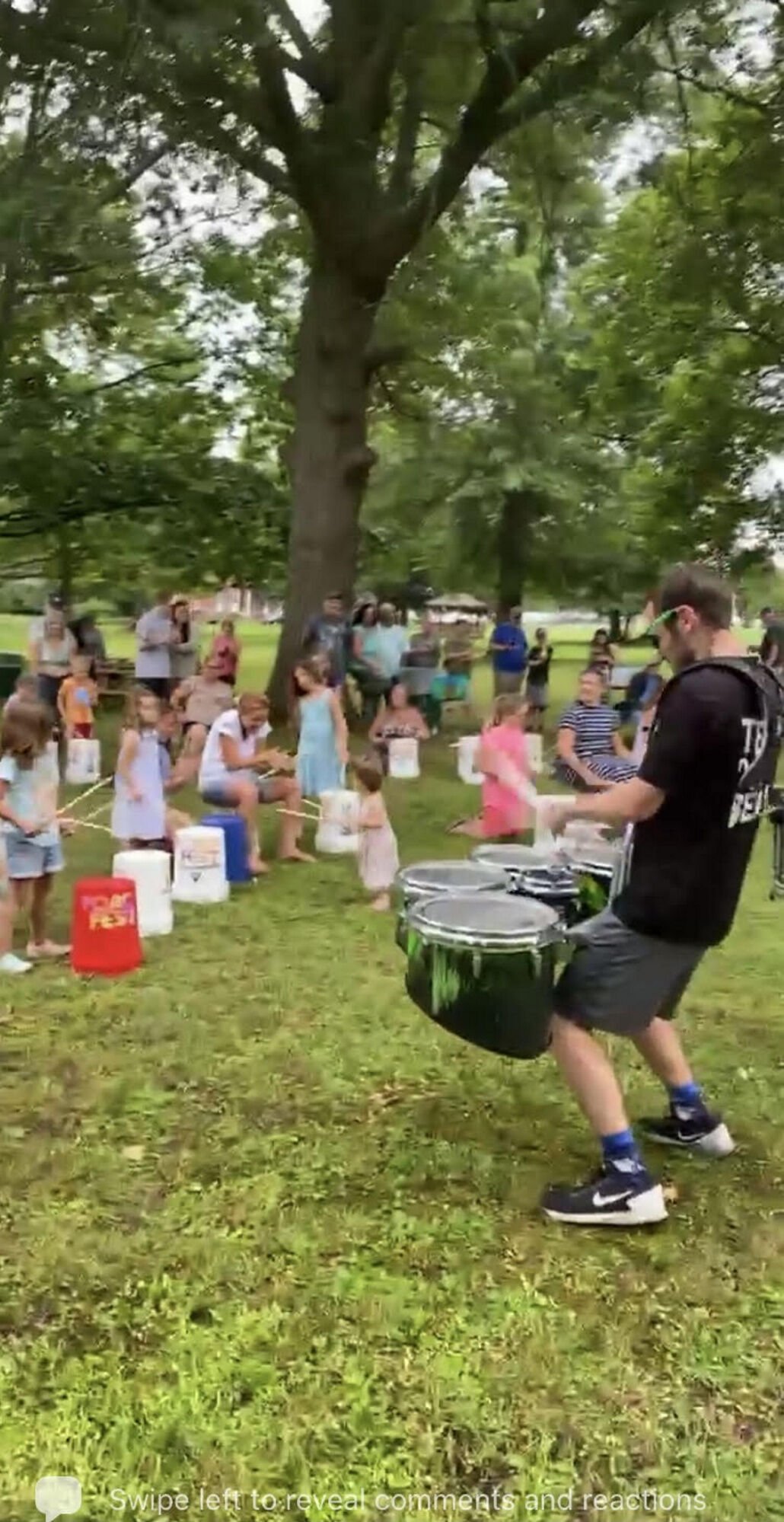 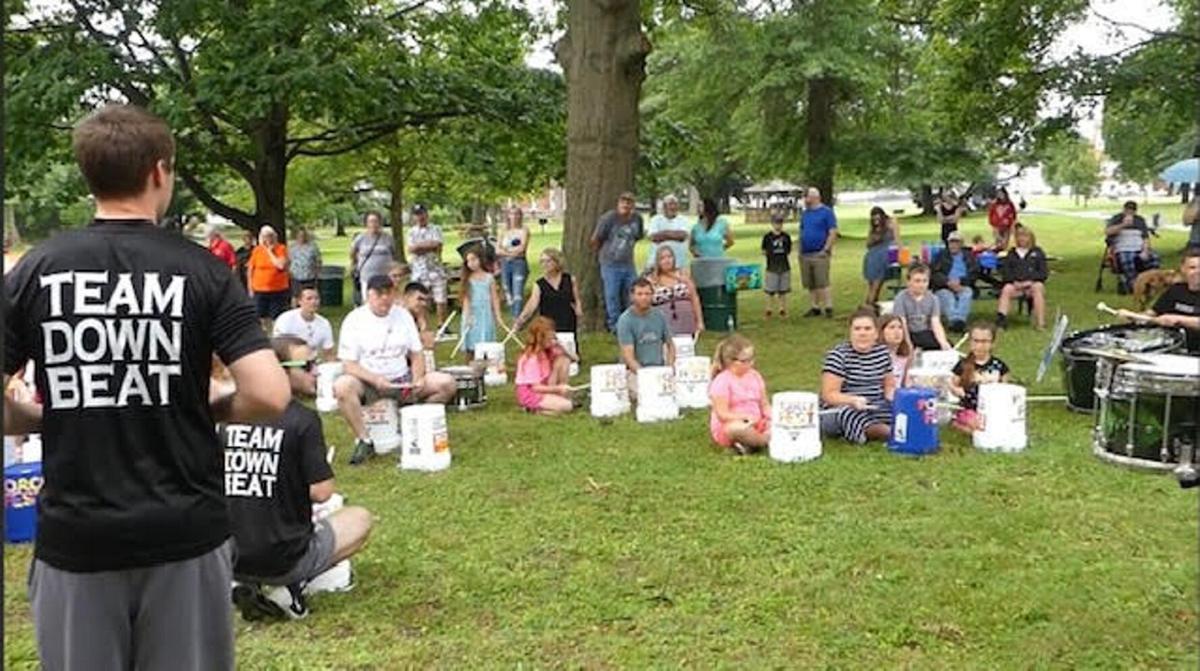 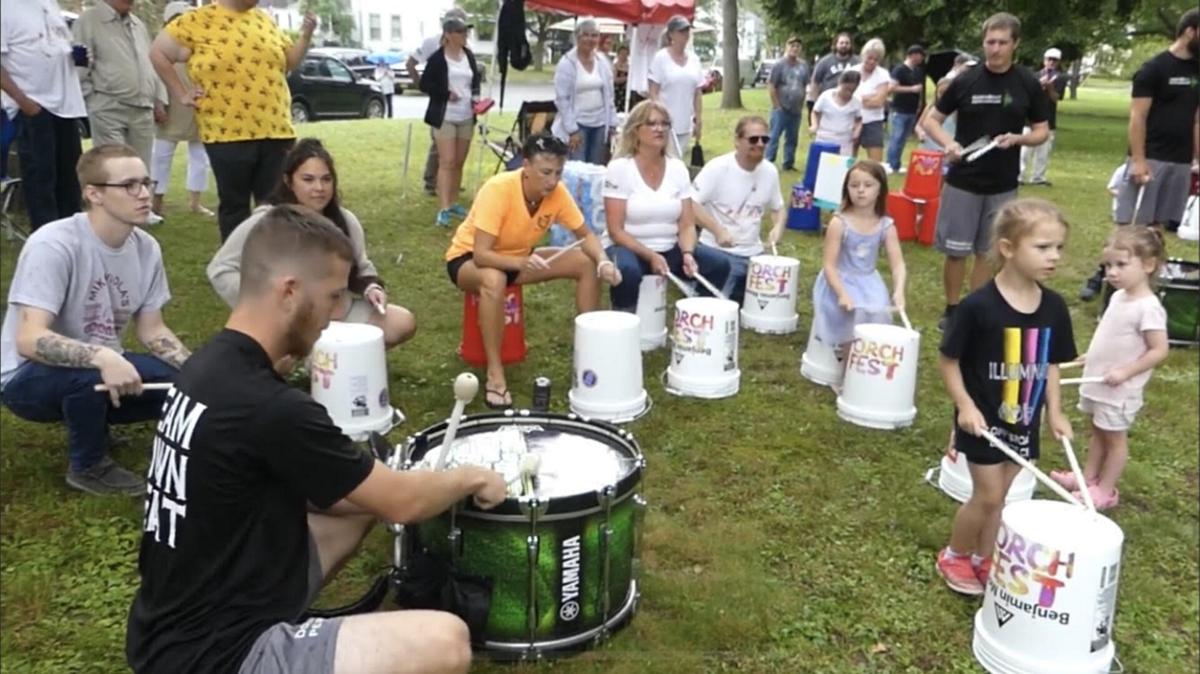 FULTON — Fulton resident Tonya Crisafulli came to Fulton Block Builders in early 2020 with the idea of writing a Pride Grant and organizing a Porchfest in Fulton.

The first Porchfest was held in Ithaca in 2007 and has grown, not just in Ithaca, but around the continent. There are more than 160 other Porchfests in the United States and Canada. On Sunday, July 11, Fulton became one of them.

“After waiting for someone else to start this Porchfest thing up, I decided to just do it,” Crisafulli said. “I’m no dummy. I’ve surrounded myself with amazing people to help. They include Alissa Viscome, Joe Cortini, Stacy Raponi, Beth Dice, Austin Crisafulli and Linda Eagan.”

Porchfest is a grassroots community music festival where front porches become stages and yards become venues. To make the day special for the kids, Compass Federal Credit Union and Fulton Block Builders sponsored Downbeat Percussion to end the day. Downbeat Percussion is the official Drumline of the Buffalo Bills, so they really know how to get a crowd energized. With buckets provided by Burke’s Home Center and ordained with logos by Penny Halstead, Downbeat led the kids through a drum circle. For the next 40 minutes spontaneous music, laughter, friendliness, and the smell of Westside barbecue filled the park.

“Block Builders provide something cool called a “Pride Grant” to be used for reasons just like this! Bring community and culture to Fulton,” said Crisafulli. “Pride Grants have brought some pretty great ideas to life in the city. All of the 20 Bands played for our community for free and homeowners offered porches and lawns. The event runs on the good will of performers and the hospitality of homeowners. That’s our community working together! The Pride Grand helped with expenses like insurance, drumsticks, advertising costs, and porta-potties. Grown-ups enjoyed the talented local musicians and the kids got to participate too with the help of Downbeat Percussion’s sponsors. On July 11 everyone was a musician!”

The musical art on all of the website pages was created by Austin Crisafulli. The logo was used on T-shirts made up for the event.