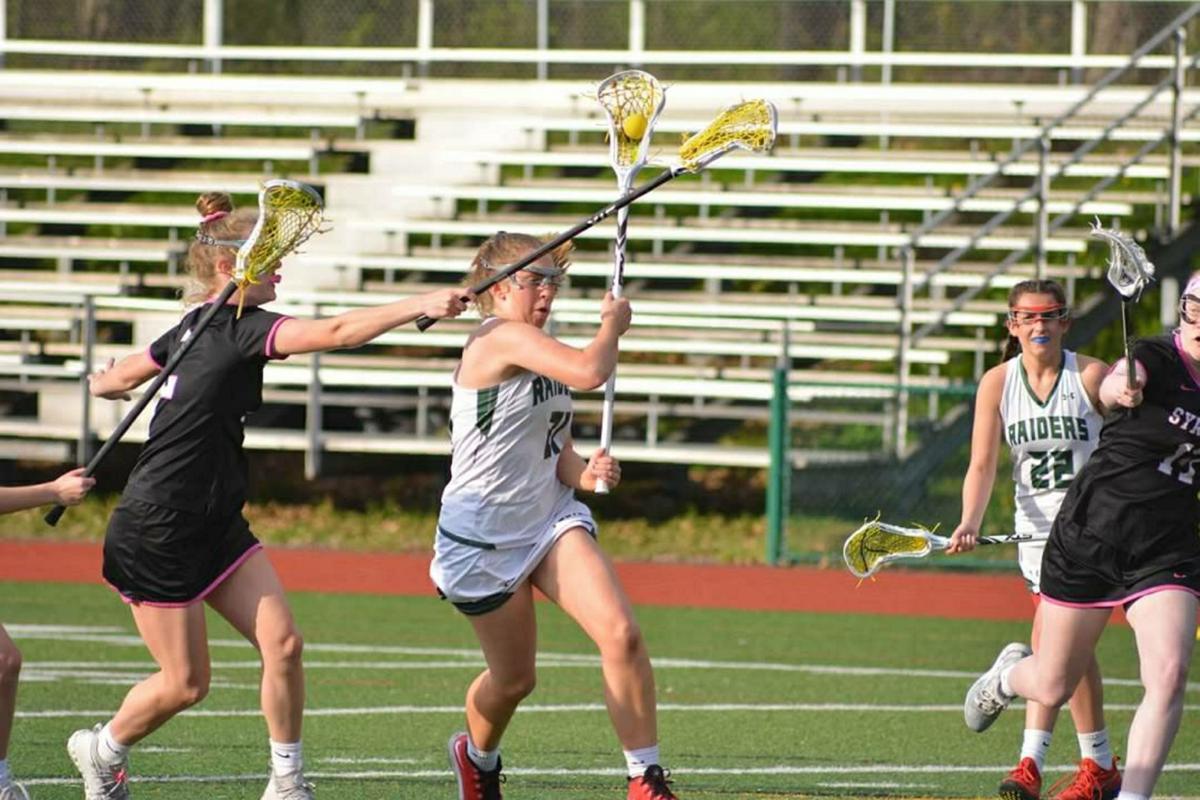 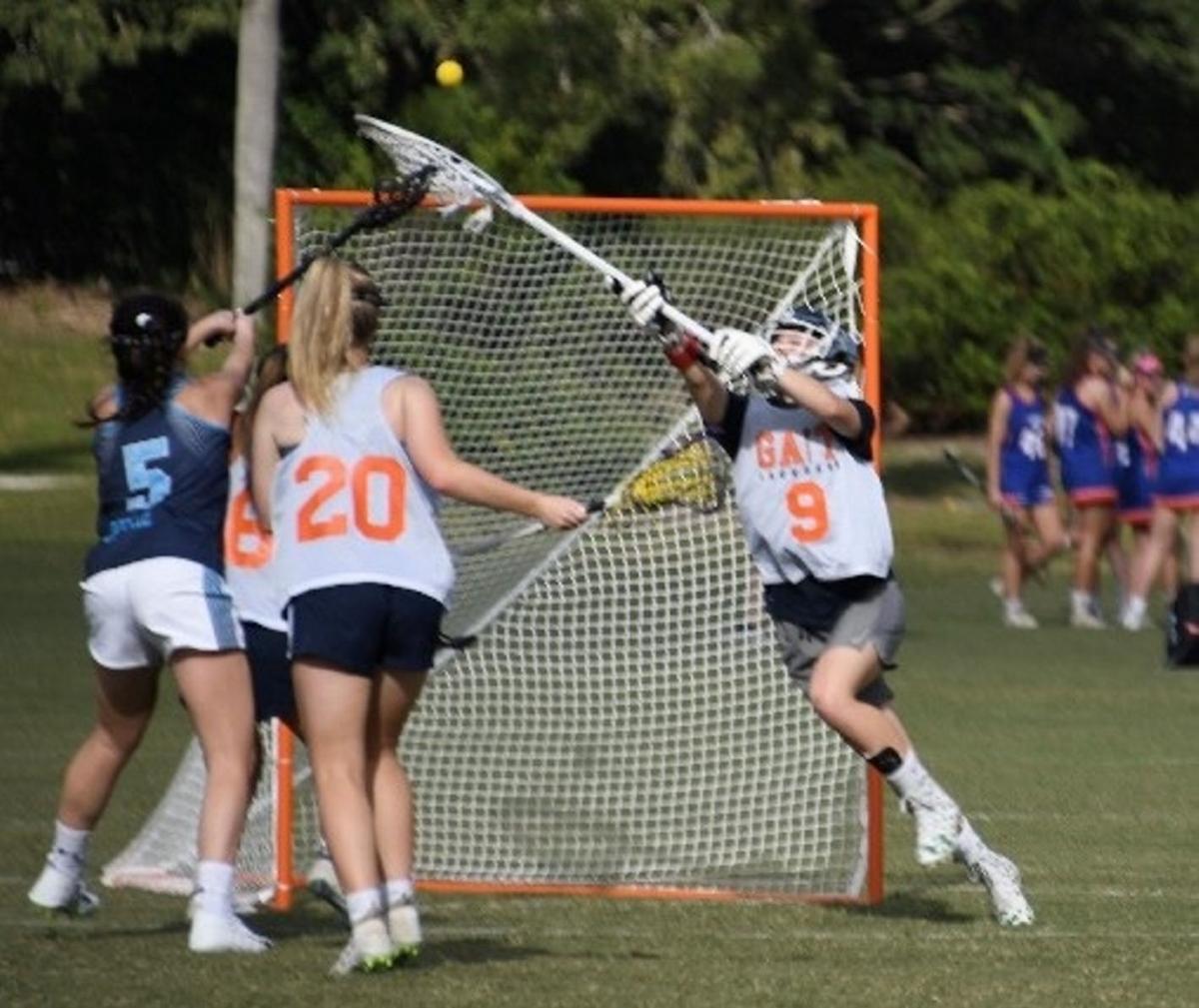 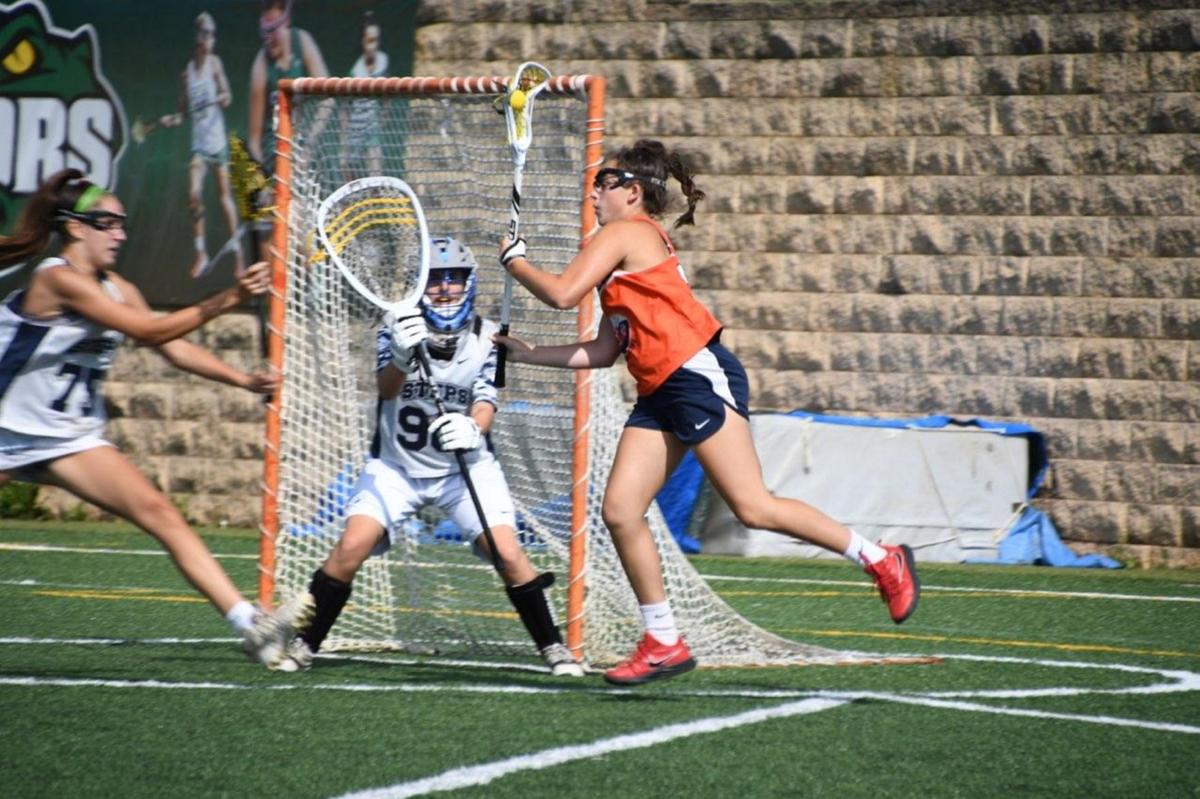 FULTON — Lexi Patterson, Emma Weaver, and Malie Follet are eager to join the pipeline of Fulton G. Ray Bodley High School girls lacrosse players to continue the sport in college at Division I, and have been receiving firsthand advice from several of their recent predecessors.

The trio of junior standouts, all of whom are committed to Division I lacrosse programs after they graduate in June 2021, took part in a video conference earlier this month with a slew of former Fulton stars and current college players. The group included Hailey Carroll (Albany), Jordan Coulon (Connecticut), and Keara Patterson (Quinnipiac), among seven total recent graduates that now play for Division I, II and III institutions.

The video conference to discuss collegiate preparation was just one of the regular biweekly meetings that the Red Raiders have been holding despite the spring sports season being canceled for all teams in the state on May 1.

“It’s given me some things to do and get ready and think about before I go off and become busy with school and lacrosse,” Weaver said. “It was nice to hear what they do, how they make it better, how they make it manageable, so it’s helpful to hear those things from people you know and have played with, and not just coaches that are trying to get you on their team.”

Weaver declared her intentions to play for Division I Albany in April, Patterson verbally pledged to play for Army-West Point last December, and Follet committed to Notre Dame last fall.

Each member of the trio has played varsity since at least their freshman year — Patterson was promoted as a seventh grader — and played with the current crop of college standouts from Fulton that season.

“Seeing them play at that level really helped to push me and really made me want to develop, because they had a very high skill level at that point and still do, most of them are playing at Division I colleges right now, so it definitely had a good impact on me,” Follet said.

Patterson will be joined in the Division I ranks by her older sister, Keara, who graduated last June before going to Quinnipiac. Lexi Patterson has received constant advice from her older sister but said that the meeting still provided her with a fresh perspective.

“I have gotten to see a lot of that first-hand, but then to also see everyone else’s experiences and how they’re all different, was very helpful,” Patterson said.

Fulton’s varsity players have met regularly through virtual apps twice per week during the spring. The team has employed area trainer and former NFL player LeRoy Collins to conduct weekly web-based workouts for the unit, and they have also spent time studying the game, focusing on the team’s future, and holding general discussions during a period of uncertainty for many.

The Red Raiders were expected to have just one senior on this year’s team — Patrice Clary — who plans to attend Lynn University in Florida next year.

“It’s been nice, obviously it’s not the real thing,” Follet said. “I still miss going to practice every day and just being able to have fun with everything, going to the away games, it was just a great atmosphere, but we’ve definitely been trying to make up for it.”

Weaver added: “We don’t want to lose that team chemistry. This was supposed to be a really good season for us, we were optimistic about where we were going. We had a young team but had a lot of good pieces that could have fit into place nicely, so it’s nice that we can try to keep that team chemistry up for when we get back on the field.”

While each member of the Division I-bound trio is gearing up for a potentially strong final campaign for the Red Raiders next spring, they are also getting ready for their respective futures in the sport.

Weaver, an attacker and one of the top scorers in Section 3 as a sophomore last season, made her decision to join the Great Danes last month and plans to study biology or chemistry on a pre-med curriculum.

She also considered Binghamton and had identified Johns Hopkins as her dream school, but ultimately opted to stay in-state and is eager to eventually join Carroll, her former Fulton teammate and a starter for Albany.

“It’s awesome because I got to play with her, and right now she’s helping me with workouts I can be doing and other tips to get better and some things about Albany in general,” Weaver said. “I’ve been able to practice with her in the past and get some shooting tips, so it’s nice to have somebody from here that I’ve played with before on the team, to have like a mentor.”

Follet was contacted by Fighting Irish coaches as soon as they were permitted on Sept. 1 last year, and she made her commitment official about a month later. The standout goalie that joined Weaver on the Salt City Athletic Conference first-team all-star squad last year, had also considered Johns Hopkins and Navy before announcing her intentions to join her initial top choice.

“It was one of the dream schools, in the tops for lacrosse and is very good for education, and it’s the right size,” Follet said. “When I went on a visit there, the atmosphere was great and the campus was really nice, it really had everything that I was looking for.”

Patterson, meanwhile, identified Army as her destination of choice after attending a lacrosse camp on the campus while she was a freshman in high school. The versatile midfielder/defender also considered Quinnipiac to join her sister, among other Division I programs, but said that she was drawn to the desire to enlist.

“I went to camps and just absolutely fell in love with everything behind it,” Patterson said. “The serving my country, the having a bigger purpose after and outside of lacrosse, and the academics was a big part for me, too. … I hadn’t really thought about (enlisting) before I went there, but when I went there and I saw the culture around it, I just knew it was what I wanted to do.”

Fulton coach Dan Bartlett, who would have started his second year as head coach after replacing Drew White at the helm before last season, said that the team plans to continue meeting virtually through the school year before hopefully being able to reconvene in person during the summer. The status of area summer leagues remains unclear.

In the meantime, he plans to continue utilizing the program’s vast resources of nearly a dozen collegiate players, like Carroll, to help keep the Red Raiders on task during the pandemic.

“We remind them of what our goals are and where we want to go, and if we can, we try to find ways to just get them thinking about the process of what lies ahead,” Bartlett said.

“(Hailey Carroll) was a fantastic player for us, in high school she was an All-American, but when she got to college, it was that much harder for her,” he added. “To have her tell girls like: ‘At my first practice I was getting knocked down all over the place because I wasn’t strong enough.’ That really hits home with my girls who think Hailey is invincible, and she tells you that she’s not.”