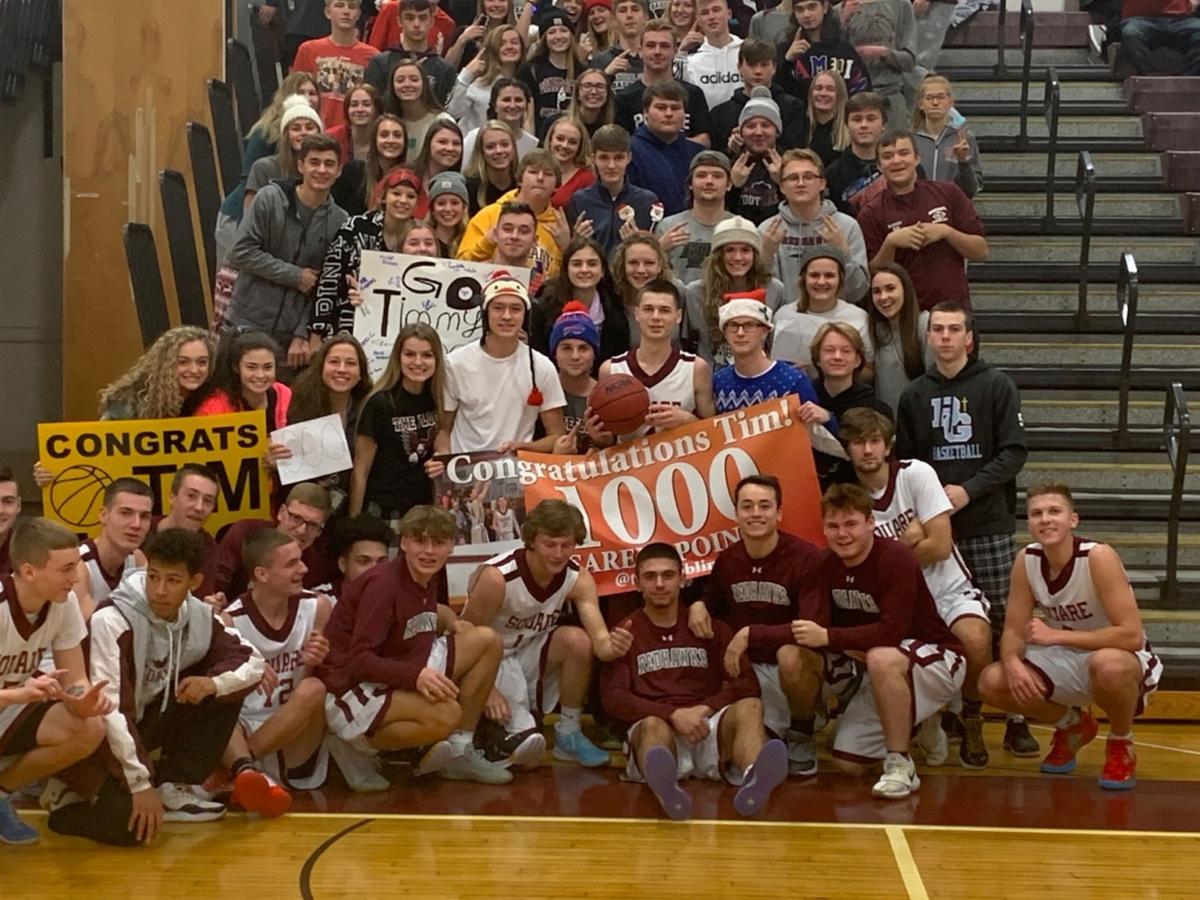 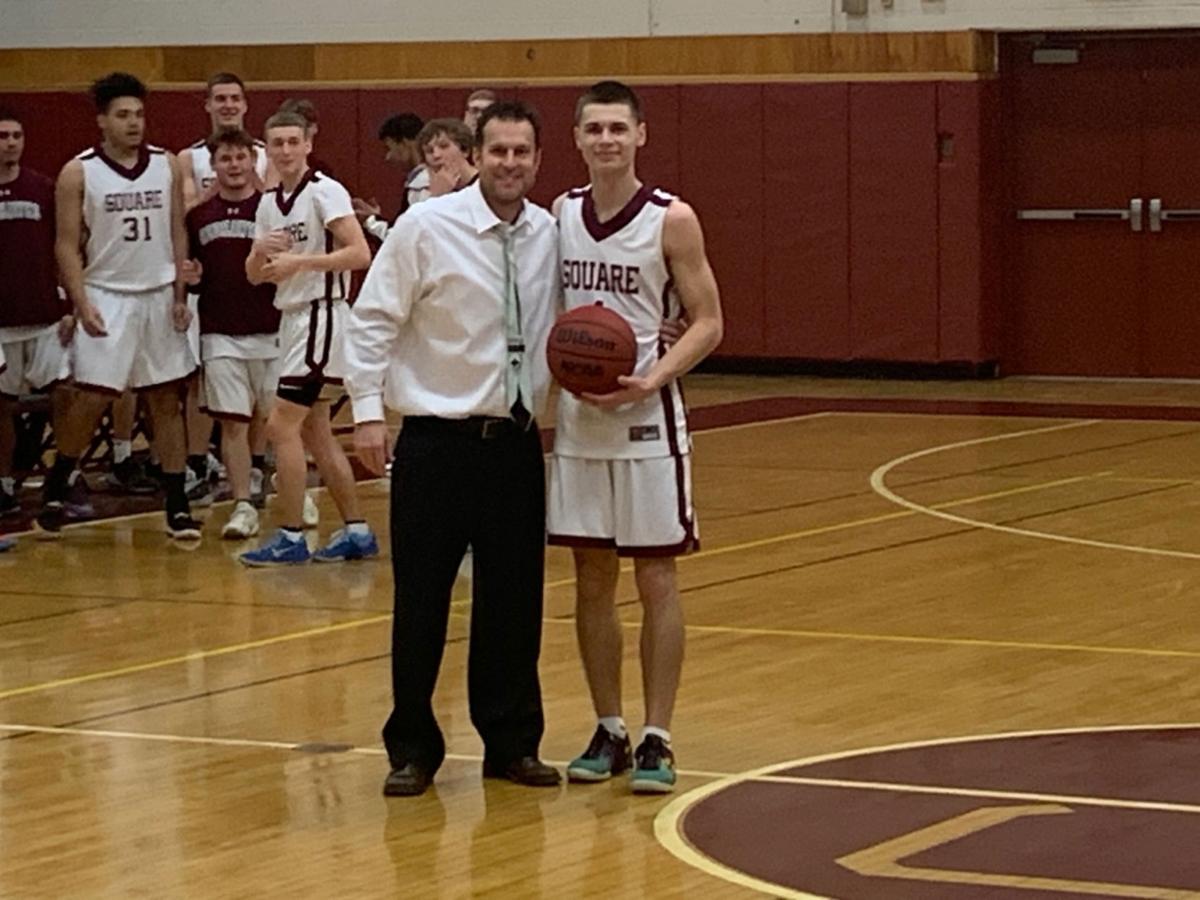 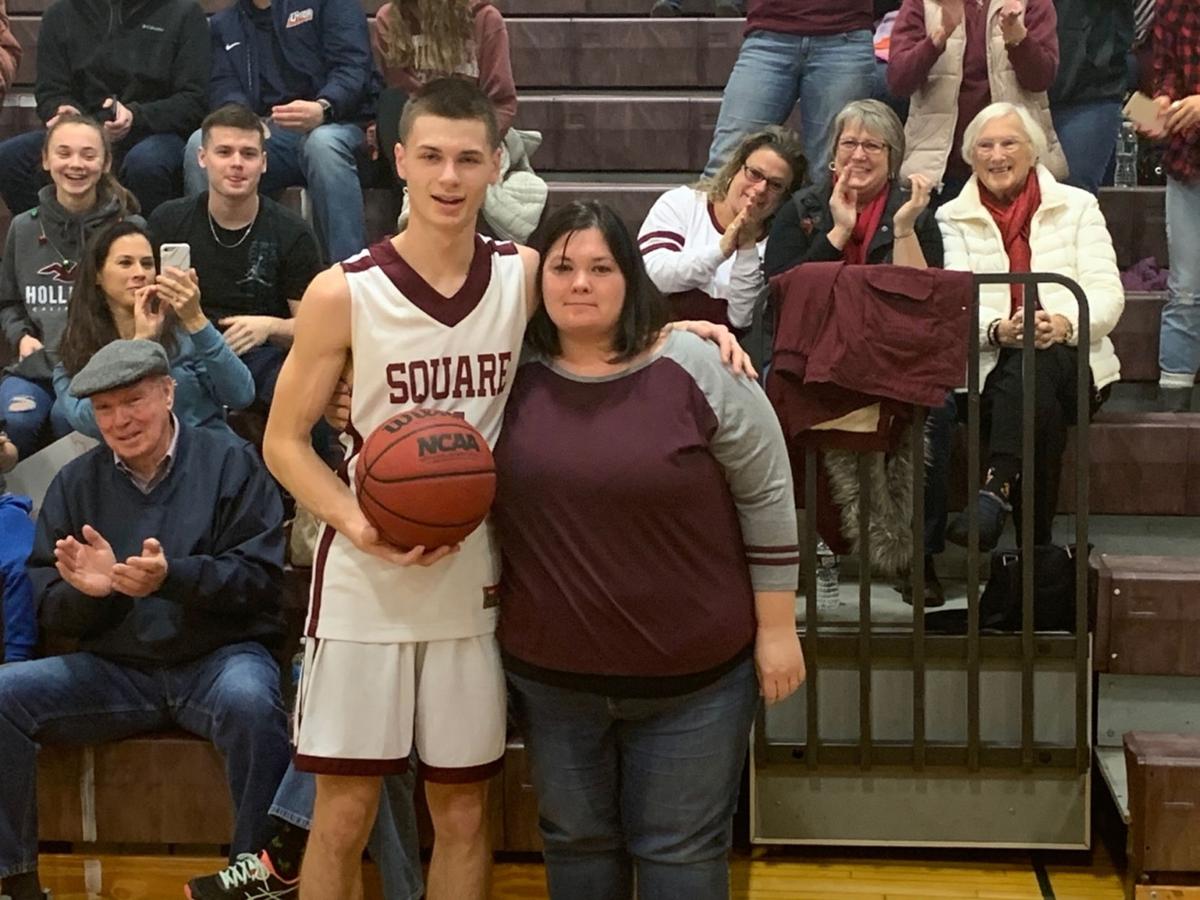 Giblin scored the 1,000th point of his high school boys varsity basketball career for the Redhawks during a 66-37 victory over Oneida on Dec. 23, celebrating the feat with the passionate student section at Paul V. Moore High School gym.

Giblin, who has started every game since joining the varsity squad as a freshman, finished with 18 points during the victory and became the third player in program history to surpass the 1,000-point mark. He entered this week with 1,033 career points

Giblin is averaging 21.5 points per game while leading Central Square to a record of 5-3 overall entering the week, according to stats reported at syracuse.com. Giblin, who was an All-State selection on the Class A 14th team as a junior last year, scored 20 points or more in six of his first eight games and has reached double figures in every outing.

Giblin is one of 10 seniors on this year’s team and has contributed to 55 victories thus far in his varsity career, helping the Redhawks secure 16 wins or more in each of his previous three varsity seasons and reach the Section 3 Class A semifinals in each of the last two years.