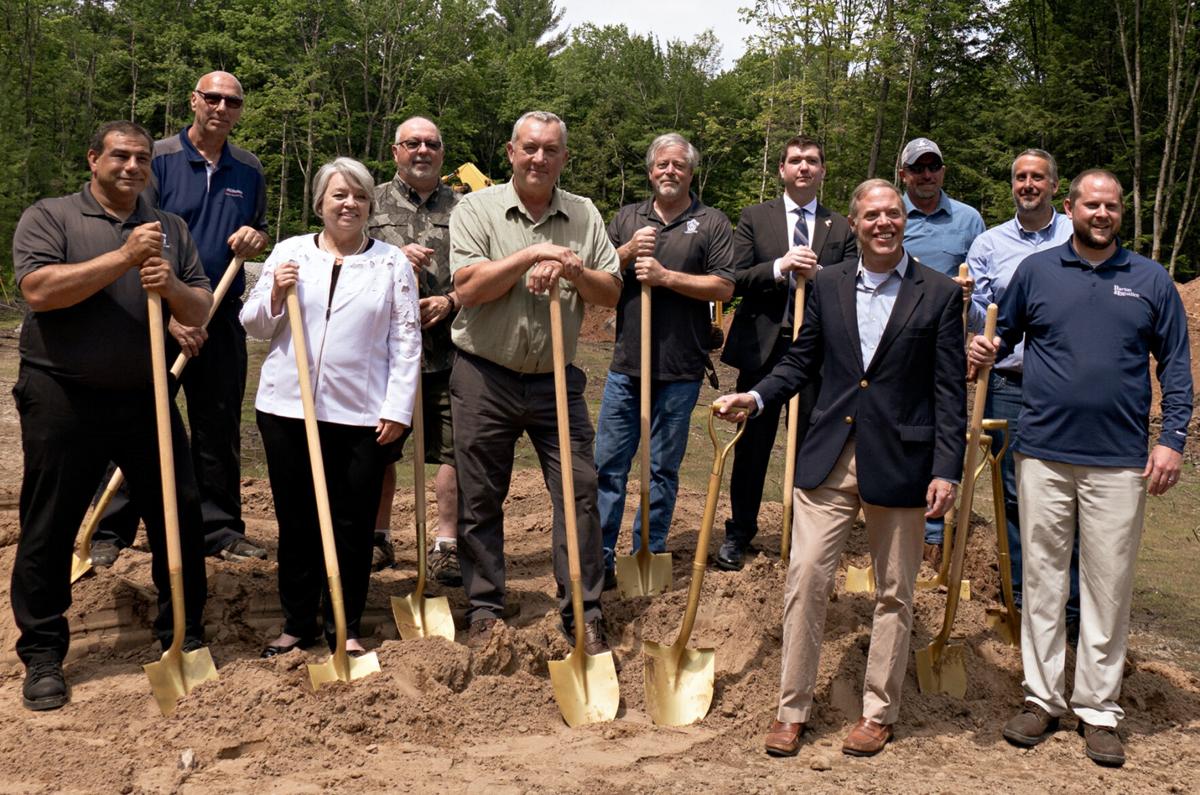 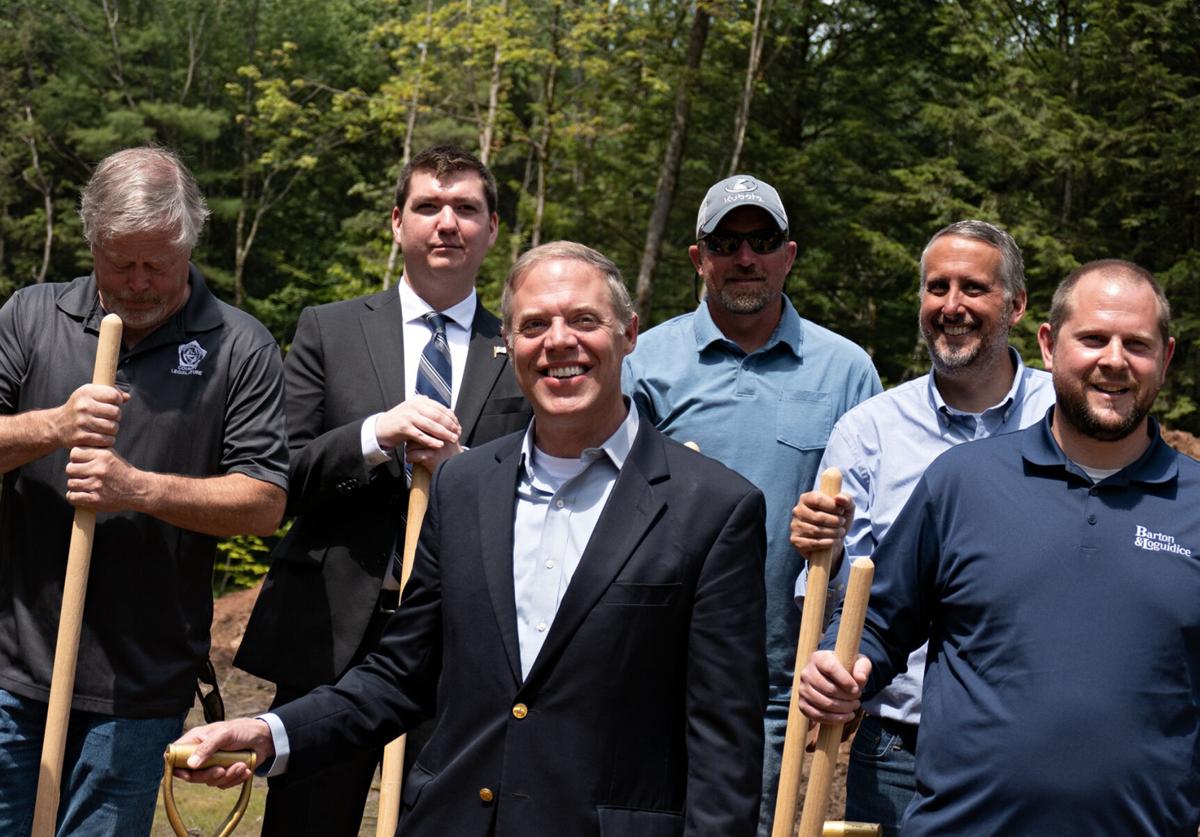 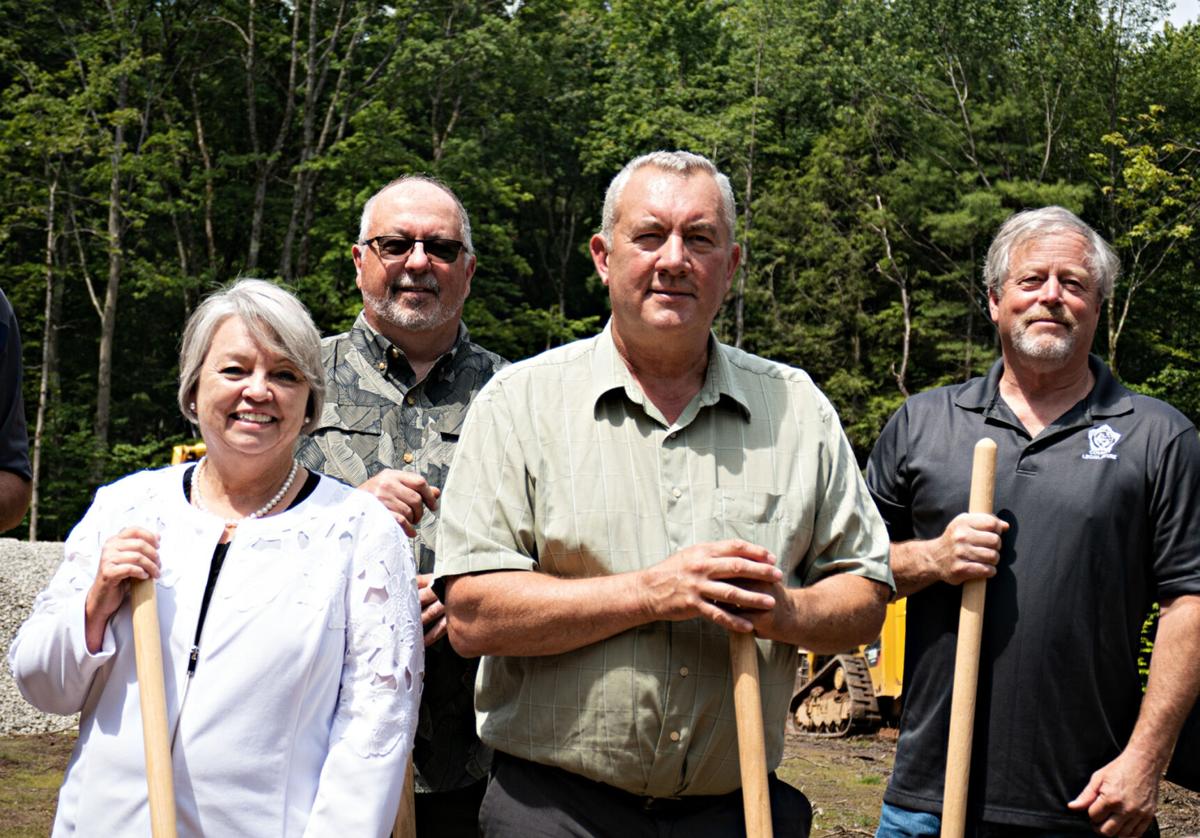 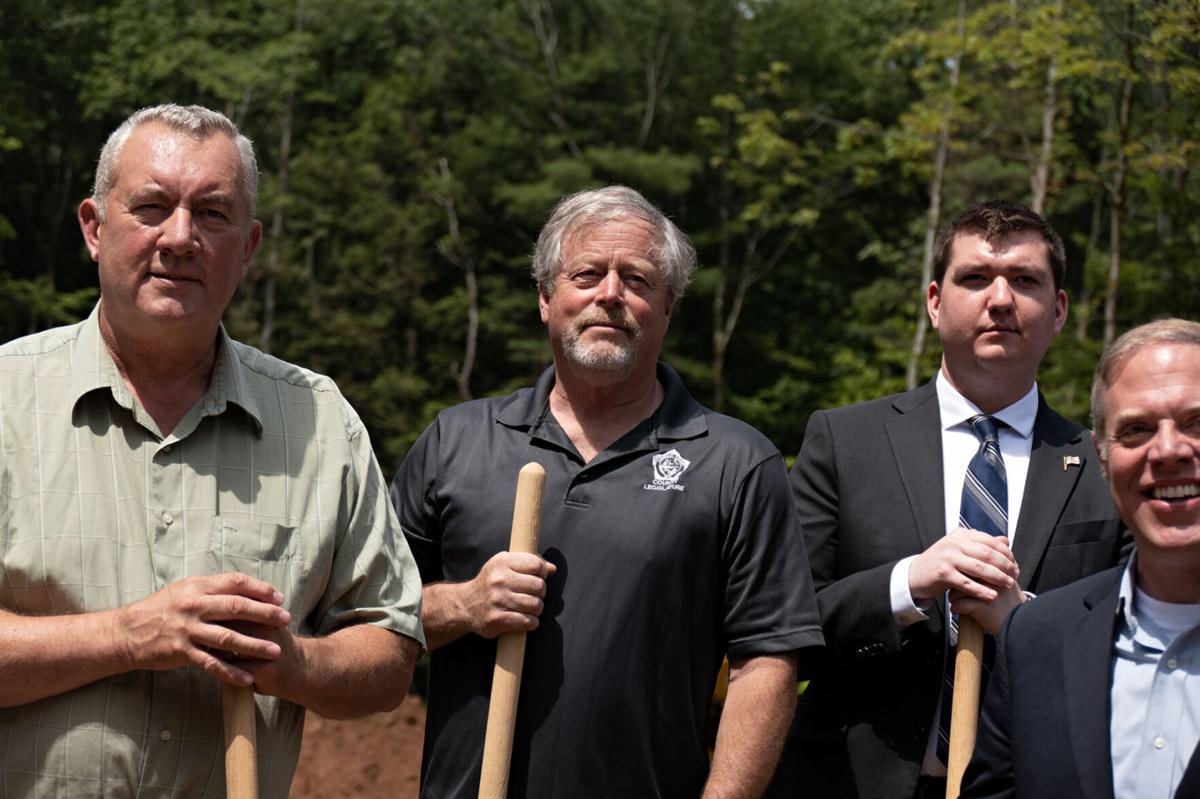 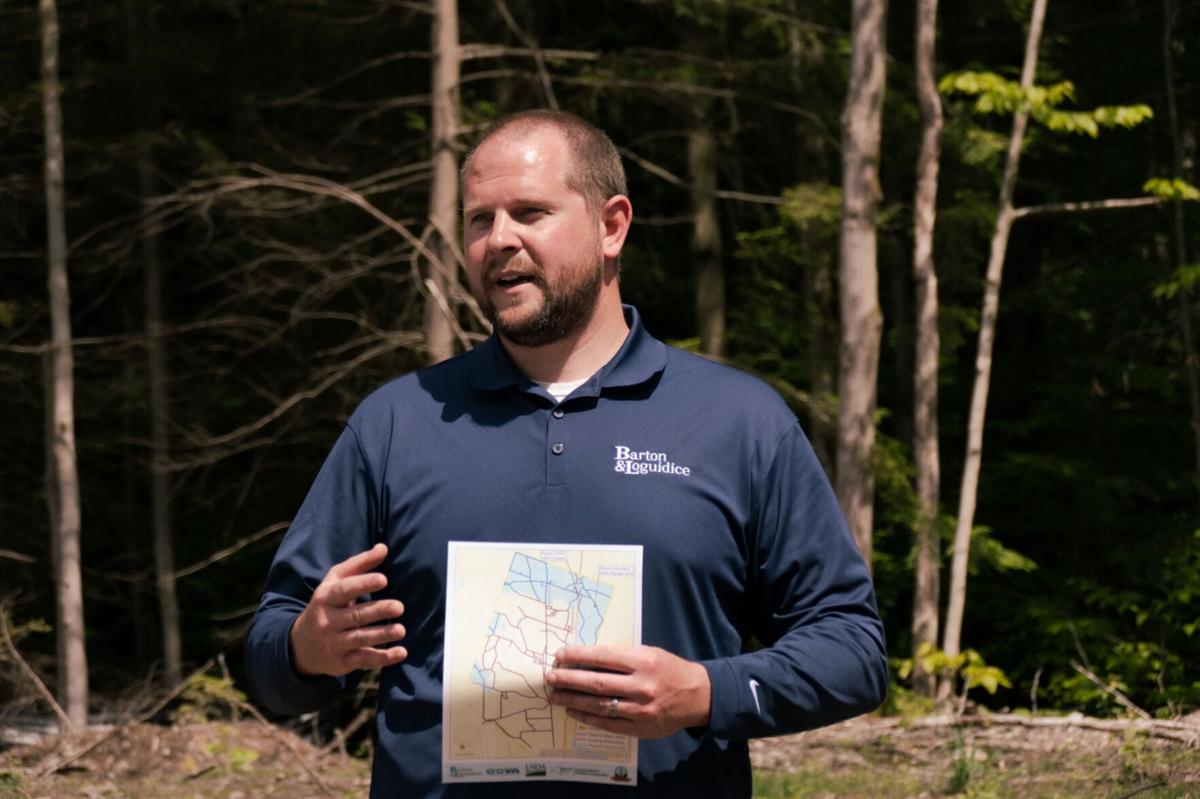 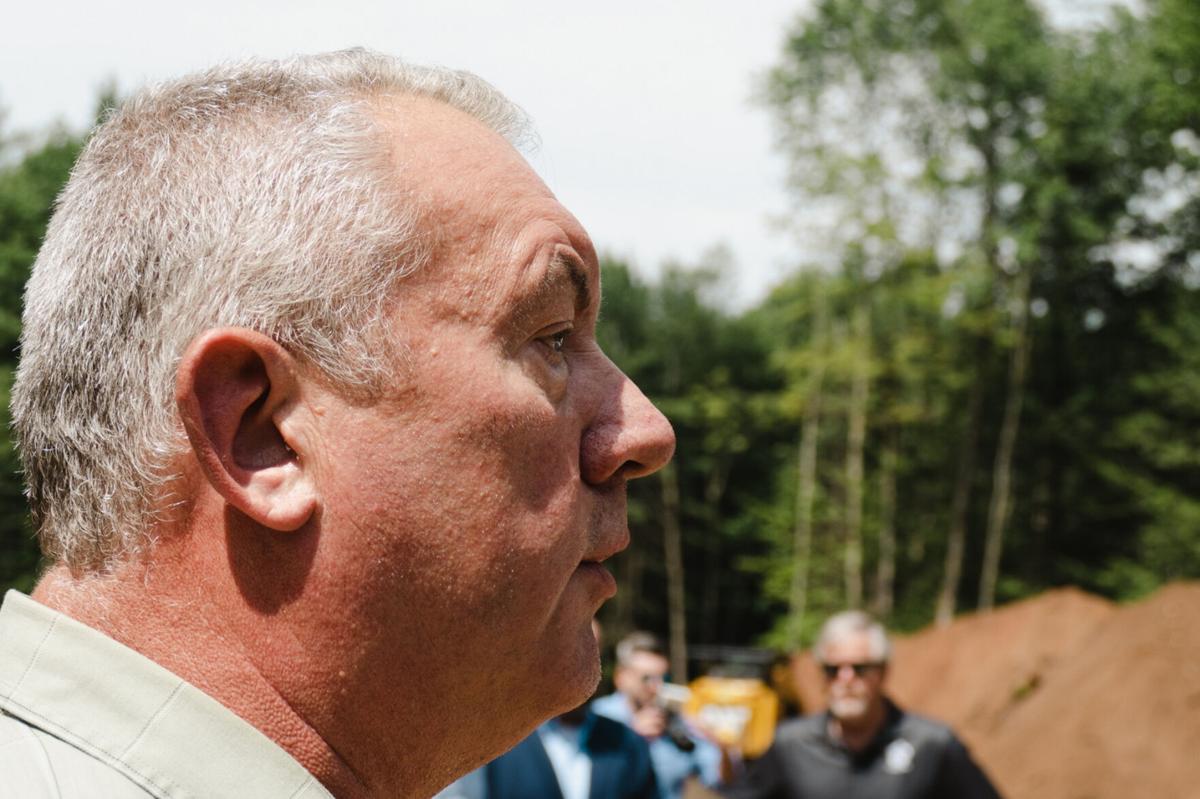 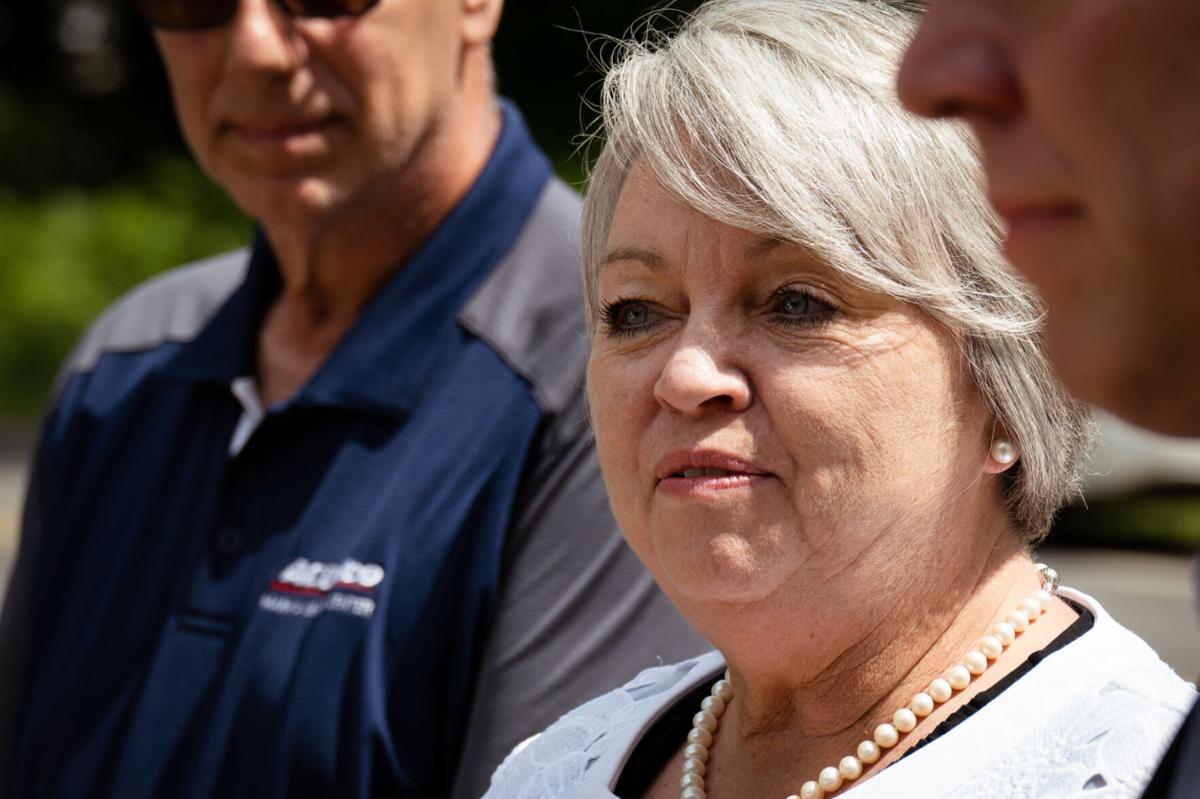 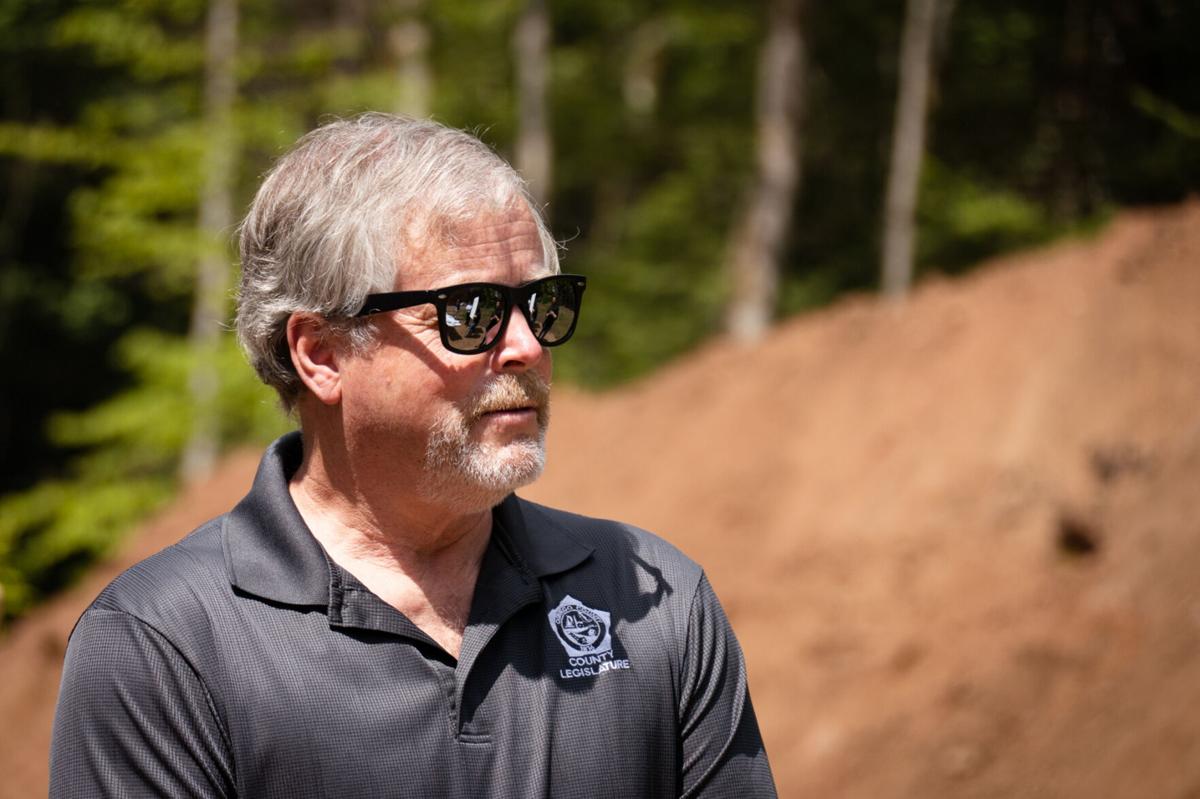 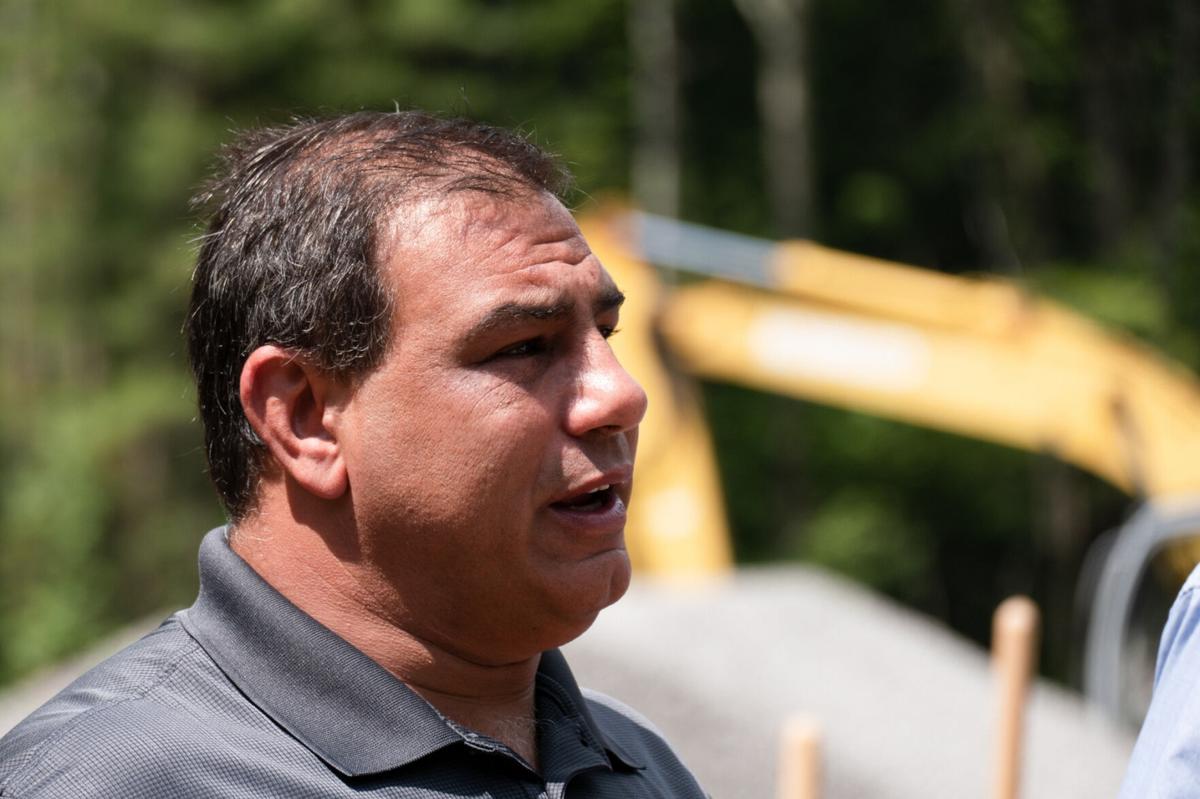 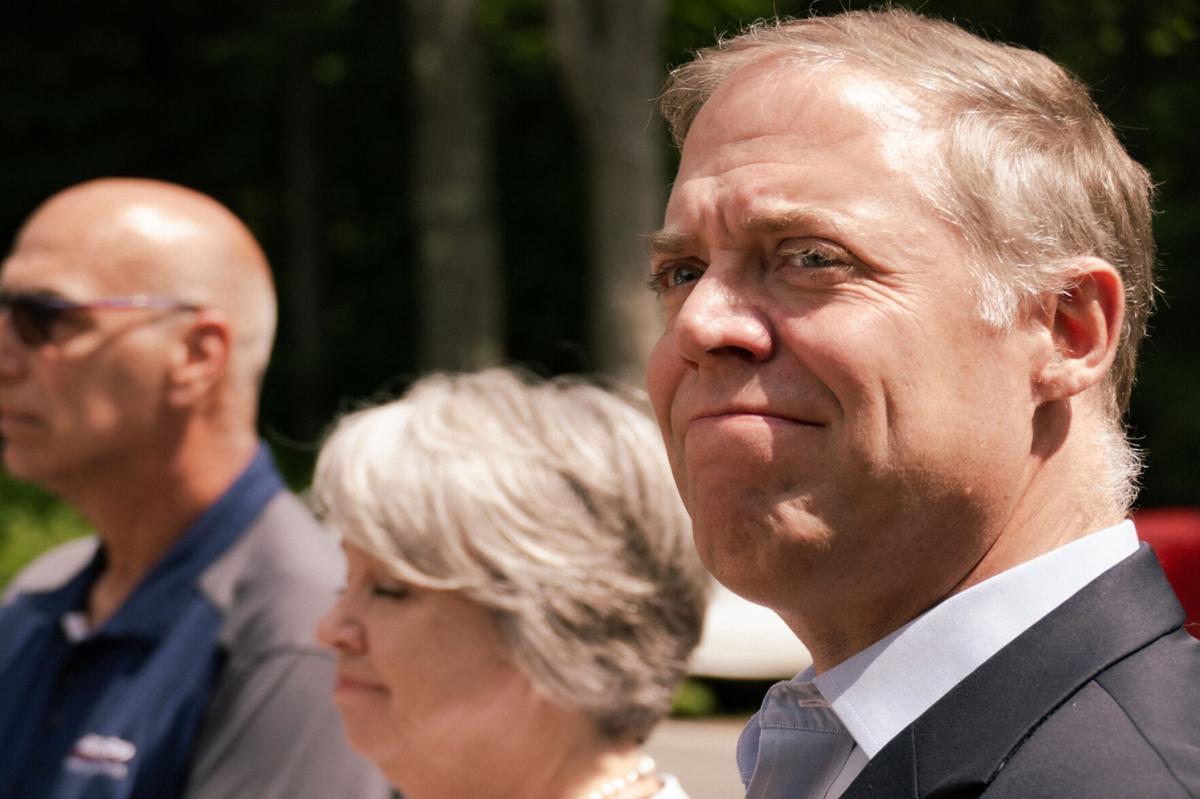 HASTINGS — Seventeen years in the making, the town of Hastings multi-million dollar drinking water project will soon become a dream come true with the $19.9 million final phase now under construction.

A groundbreaking ceremony celebrating this final phase and the 140-foot water tower that will top it off saw federal, state and local officials gather together June 14 on County Route 84 as excavation for the 200,000-gallon tower began in the background.

Funding for this last phase came from both state and federal governmental grants. The U.S. Department of Agriculture provided $2.5 million. The New York State Environmental Facilities Corp. provided $3 million. The remaining $14.4 million came in the form of a USDA loan.

According to the project’s main engineering firm, Barton & Loguidice, the project entailed the construction of 36 miles of water main along with the water tower, a booster pump station, and a pressure-reducing valve vault. Once finished, the system will be operated and maintained by the Onondaga County Water Authority (OCWA).

State Senator Patty Ritchie and Assembly Minority Leader Will Barclay were among many elected officials offering their congratulations on this last phase of a long-term project.

Ritchie said, “It’s always great to come to an event when you see that all levels of government actually worked together. The supervisor and the town board worked hard to get this last part of the water district in, and it’s nice to see it in action. I look forward to coming back. There is nothing more important to the residents than safe and reliable drinking water, and that will help with the economic growth again. So, thanks for your hard work and thank you to everybody who worked together for the project.”

Barclay praised the project and those involved. “Congratulations to everybody,” he said. “We want to get water to every citizen in the town. I think it’s very impressive. It obviously takes leadership and it takes partnership. And the fact you’ve got a great supervisor and a great town board here in the town of Hastings really demonstrates that you’re able to accomplish this. And you have a great county legislator here too. And it is a partnership. I just want to say congratulations to all the great people that made this happen.”

“The people up here really appreciate it,” Weatherup said. “I thought the town was fortunate to keep it going through a succession of town supervisors.”

He commended Hastings Supervisor Tony Bush saying, “He came in and said, ‘If we’re going to do this, let’s see if we can do the whole town at once and get it over with.’ Basically, every resident in the town of Hastings now can have affordable drinking water.”

Hastings Supervisor Tony Bush spoke to and of the people of Hastings.

“You’ve got fire hydrants now,” he said. “Their insurance will go down a little bit, and there’s a little security there now knowing that they’ve got water to fight these fires on the north end. So, everything is very positive about the whole situation, and we’re very excited as the town board to be able to complete the town of Hastings water.”

County Legislator John Martino added, “This is actually in my district. The overwhelming majority of people in this area have really expressed how happy they are because they have public water. They’re thrilled. They’re thrilled to have the water.”

Dustin Clark of Barton and Loguidice explained, “The water tower will be 140 feet high. It’ll hold 200,000 gallons. It’ll be sky blue. They just picked the color today, it’s a blue. They wanted it to blend in with the sky here.”

It’ll be over a year to build the water tower, Clark said. “There’s this tank and there’s a pump station a couple miles away, kind of at the bottom of the town,” he added. “It’ll be in the next year before that’s up and operational. But the water mains will be done before then, so, once those are ready it’ll be great. That’ll be it. The vast majority of the area will be able to use the water, it might be on a slightly lower pressure than what they will have when this is done. But even that lower pressure is going to be better than what they have. It’ll be a good thing. It takes some time. It always does.”

The rest of the town’s water project already provides residents with drinking water.

This final phase, of a total of five phases over the years, will provide drinking water to 650 residents, including residents in the Hamlets of Mallory and Hastings and the northern portions of the town.

“The total construction (for this phase) is going to be about 18 months,” Clark said. “The work leading up to this is years. Years and years and years. Probably no one that’s standing here was involved in the first phase.

“It’s amazing,” Clark noted. “These projects are not easy to do. It’s such an accomplishment. It’s hard for a board to progress a project like this. It takes a lot, a lot of endurance, a lot of commitment. They persevered, and this is the result.”