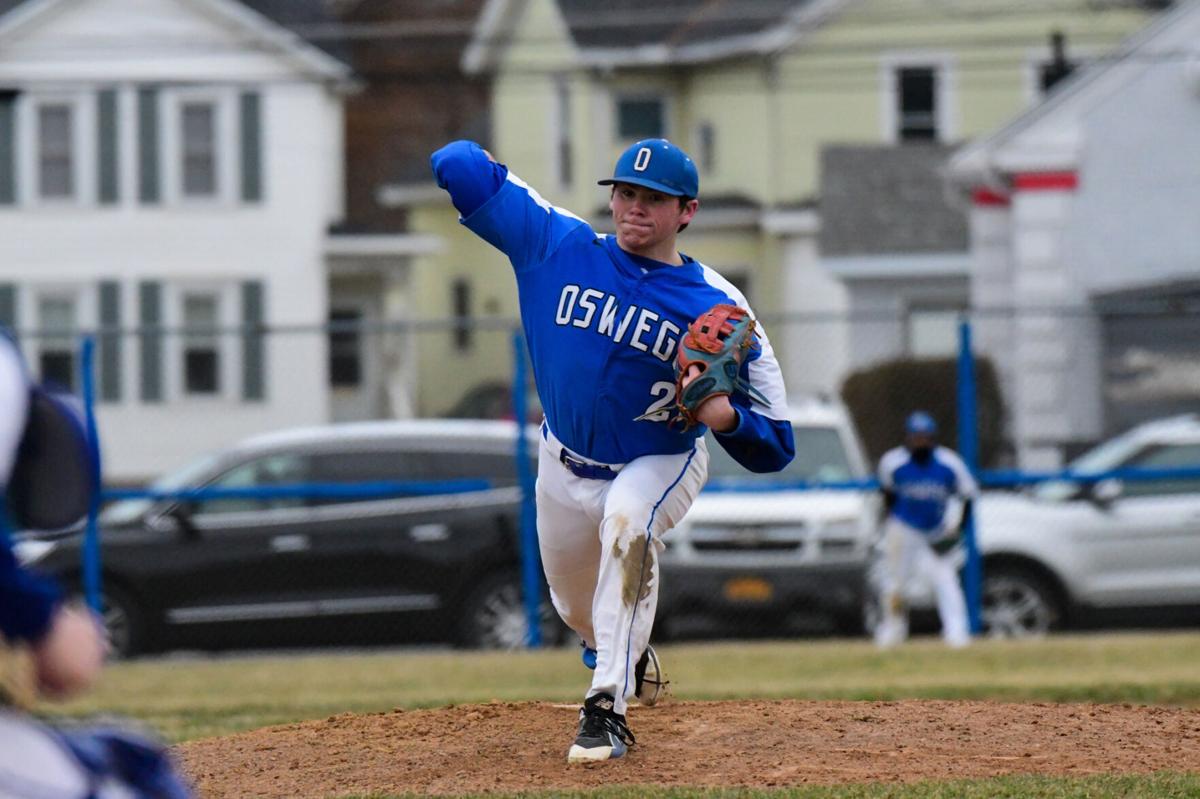 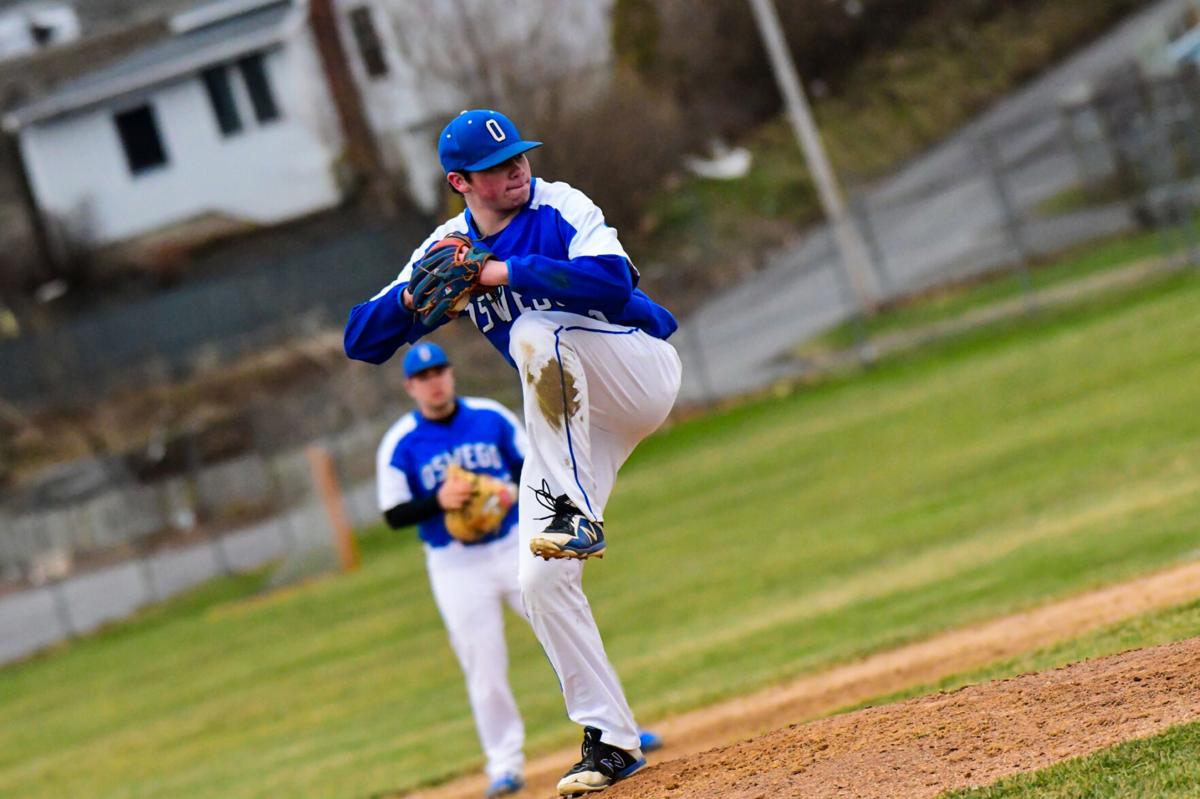 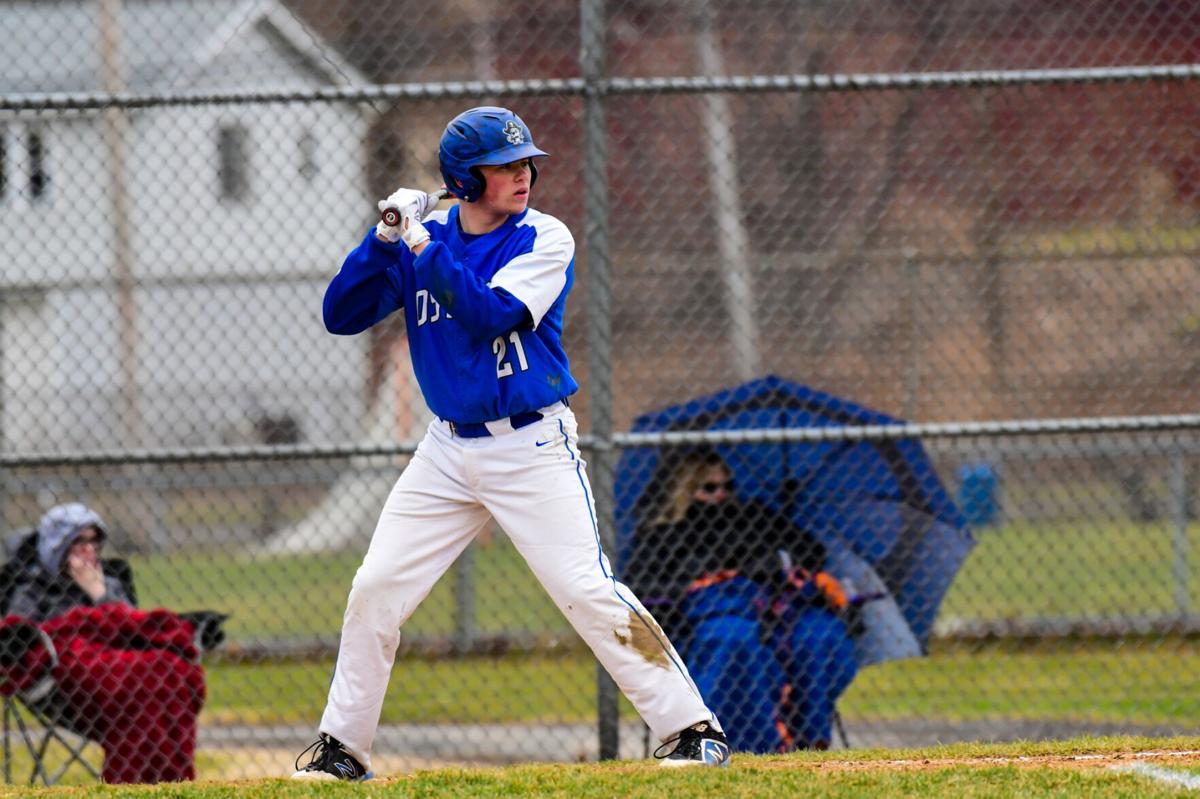 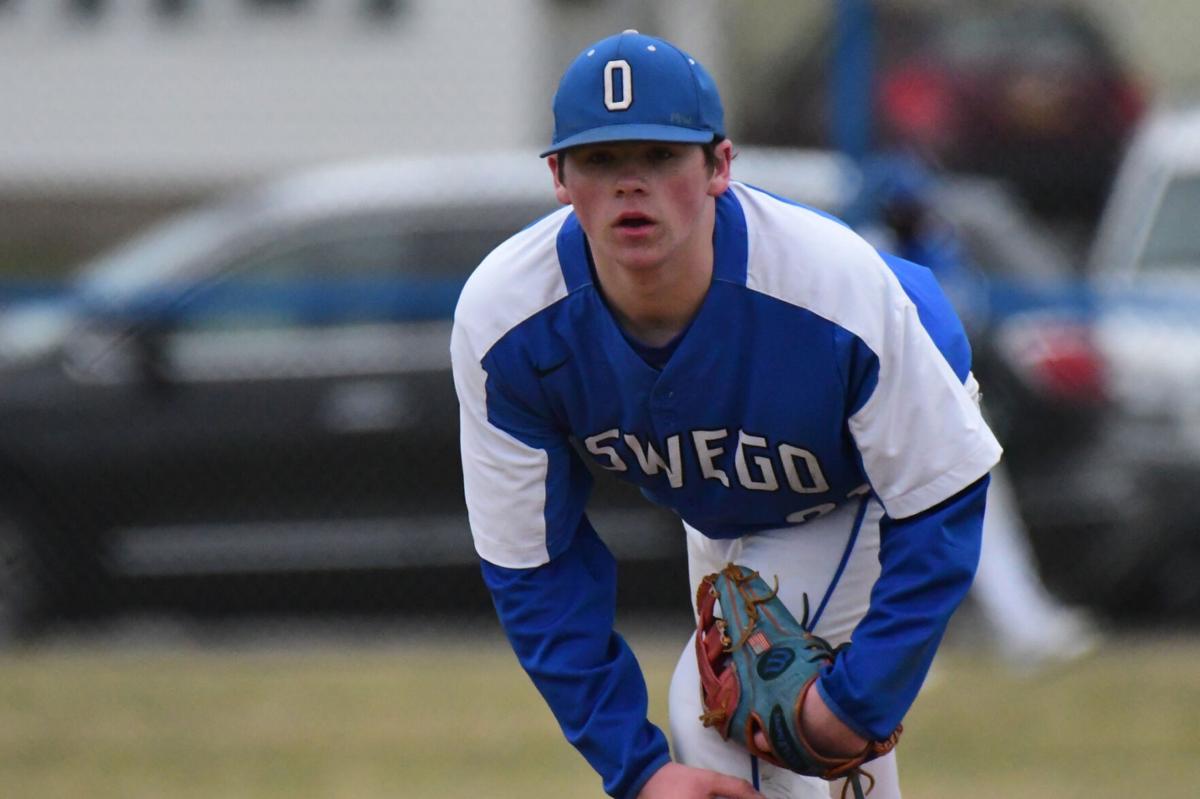 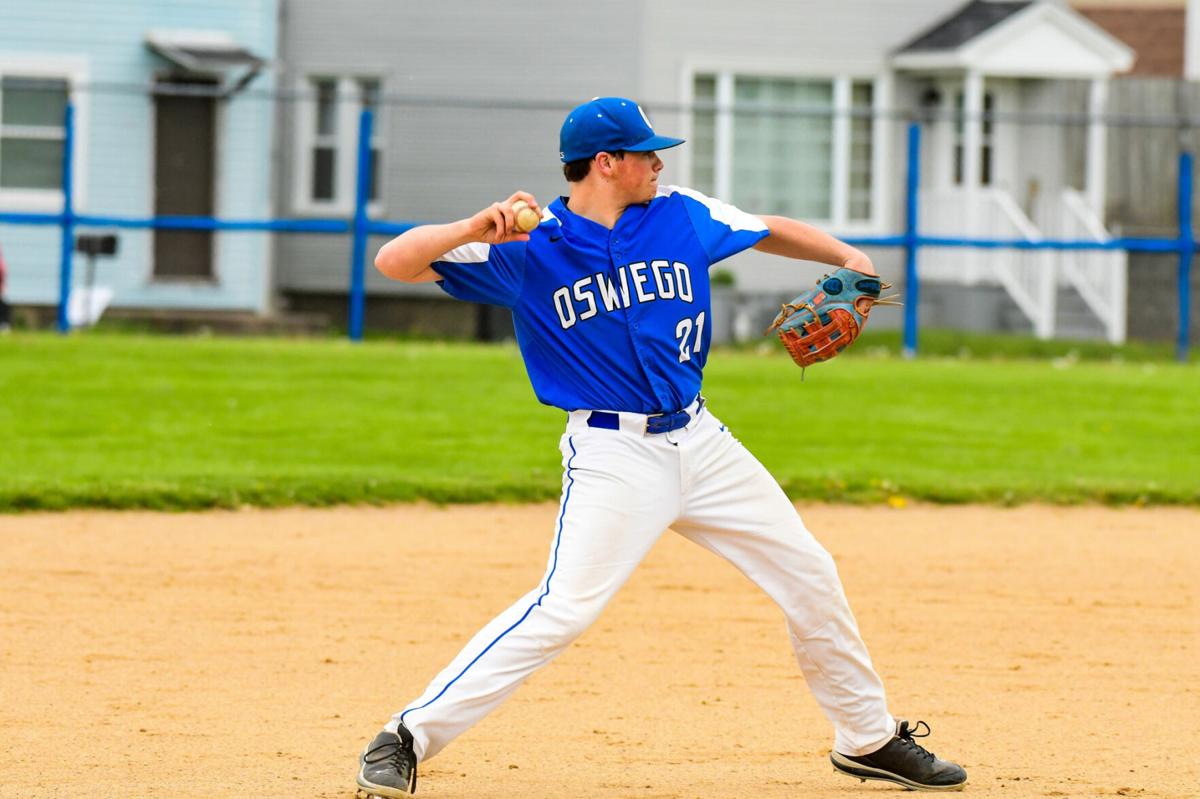 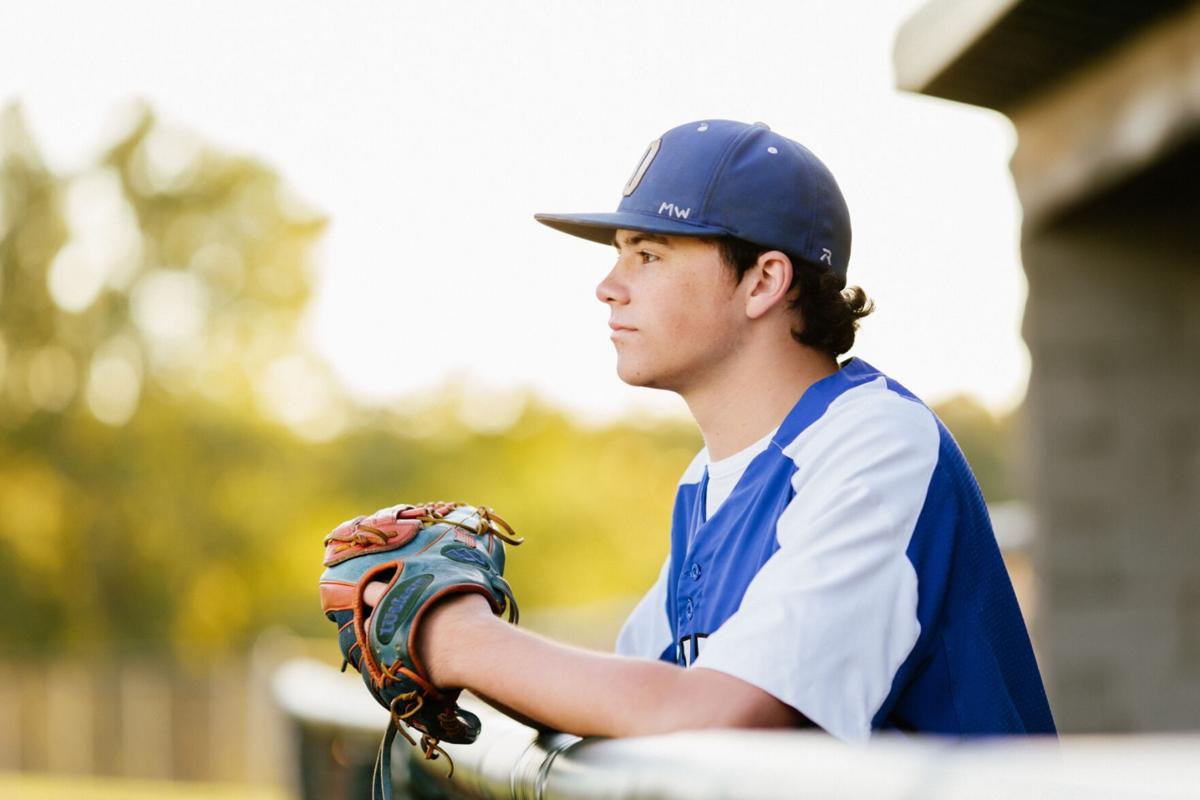 OSWEGO — In the initial few minutes after Timothy Kirwan learned that his swan song for the Oswego High School varsity baseball team was called off, the lone senior left his coaches and teammates with a message that displayed the leadership traits he had hoped to exhibit on the field this spring.

Kirwan — a right-handed pitcher and third baseman who was popular among teammates for his infectious passion for the sport and his love for classic rock and roll music — sent a follow-up text to coach John Finch and the 10 returning juniors after the group met via video conference to discuss the canceled season.

Finch said that the message strongly resonated with the rest of the Buccaneers, who were looking to Kirwan to help guide their large developing junior class and re-enter the Section 3 playoff mix.

“I wanted to say to them: ‘Don’t take any game, practice, or anything for granted, obviously my situation is different, and I took things for granted and looked forward to my senior year, but always work hard, play every game like it’s your last,’” Kirwan said. “I also wanted to thank coach Finch, (Tom) Frawley, and coach Carney for believing in me throughout the years. Finch pitching me in big games last year really meant a lot to me and boosted my confidence.”

Kirwan will continue his baseball career at Division III Endicott College in Beverly, Mass. next year, where he plans to study business management with a minor in sports management.

Kirwan has also worked as a volunteer umpire for Oswego Little League since the age of 13 and has been a fixture in area youth and travel baseball leagues since first starting T-ball as a young toddler.

Kirwan received honorable mention on the Salt City Athletic Conference Empire Division All-Star Team in his lone varsity season last year, and according to Finch, proved that he was ready to continue to his workmanlike “lead by example,” approach and take a step forward as a senior mentor with his response to the season being canceled last month.

“That said something about his character,” Finch said. “The one message that he made to his teammates, who are all underclassmen, is that this makes you realize that you need to take advantage of the opportunities you have because you never know when you’re not going to have them. I thought that was a pretty mature response to a pretty crappy message that we found out that morning.”

In addition to his contributions on the mound and at the corner infield positions, Kirwan became known within the program for his unique taste in music compared to many of his peers.

Kirwan said he prefers any pre-1990’s era rock and roll and his favorite artist is Elton John. His most notable baseball superstition — dating back to an unforgettable postseason walk-off home run that he smashed in Little League at age 12 — is to listen to “Crocodile Rock,” and “Rocketman,” in order before taking the field for games or practices.

“If I don’t listen to that, I won’t be performing well, I know that is true,” Kirwan said of his ritual. “I think it started with the Little League game that I hit the walk-off, I’ll never forget that, and ever since then I just kept doing that.”

He added: “I think it was around seventh-grade that I got into that type of music and I can’t really tell you why, it just sort of happened.”

Kirwan’s occasional playlist selections for bus rides or in the locker room often drew curiosity or surprised appreciation from his fellow players, according to Finch, and the lone senior also frequently liked to spark conversations about his beloved New York Yankees and other daily happenings in the world of baseball.

“He has a selection of music that you normally don’t hear from a teenager, he’s kind of an old soul in that regard,” Finch said.

“He’s a kid who loves baseball so you could see when he’s around it, he looks like he’s having fun, and that’s kind of contagious to people that are around him,” Finch added. “When we’re away from the field, he’ll want to talk about a game he watched on TV, or we’ll talk about the Yankees game, or a player that did something that day before. You can see that he truly has a passion for the game.”

Kirwan committed to play for the Gulls of the Commonwealth Coast Conference about two months ago, and is eager to enter “enemy territory,” to begin his collegiate career. Endicott was selected to finish in a tie for first in the 2020 CCC preseason coaches’ poll and finished 23-18 overall last season.

“I’m a big Yankees fan so it will be a little weird for me going to Massachusetts, but I’ll have to adapt to that,” Kirwan joked about his anticipation for college.

Kirwan is also hoping to contribute another summer of volunteer umpiring for Oswego Little League. His father, Tim Kirwan, serves as the president of the organization and the league has remained hopeful it will be able to conduct a season at some point this year after delaying the original start date due to COVID-19.

“It’s doing something that I love to do, whether I get to watch the game of baseball, play it, or call it, I love it,” Kirwan said.

The graduating senior said that spending part of his last five summers in that role has helped him gain a respect and understanding for the pressures that officials face during games.

“It is not an easy job to umpire,” Kirwan said. “People think it’s easy, and it’s not, and really that has all changed on my point of view since I started umpiring. I’ve talked to coaches, players, parents, and everyone about it.”

Kirwan has remained in contact with the teammates that he will soon leave behind after graduating through several group chat platforms, and said that it has helped ease the pain of losing the final season of playing with those he grew up learning the game with.

“It was special to be on those teams in high school,” Kirwan said. “I had a lot of fun, learned a lot of new baseball that I didn’t learn from either travel or little league. It’s been a whirlwind, especially now, but I know I worked hard to play for Oswego and to play travel ball, and all of those teams mean a lot to me because we will keep in contact and a lot of those teammates are close friends of mine.”