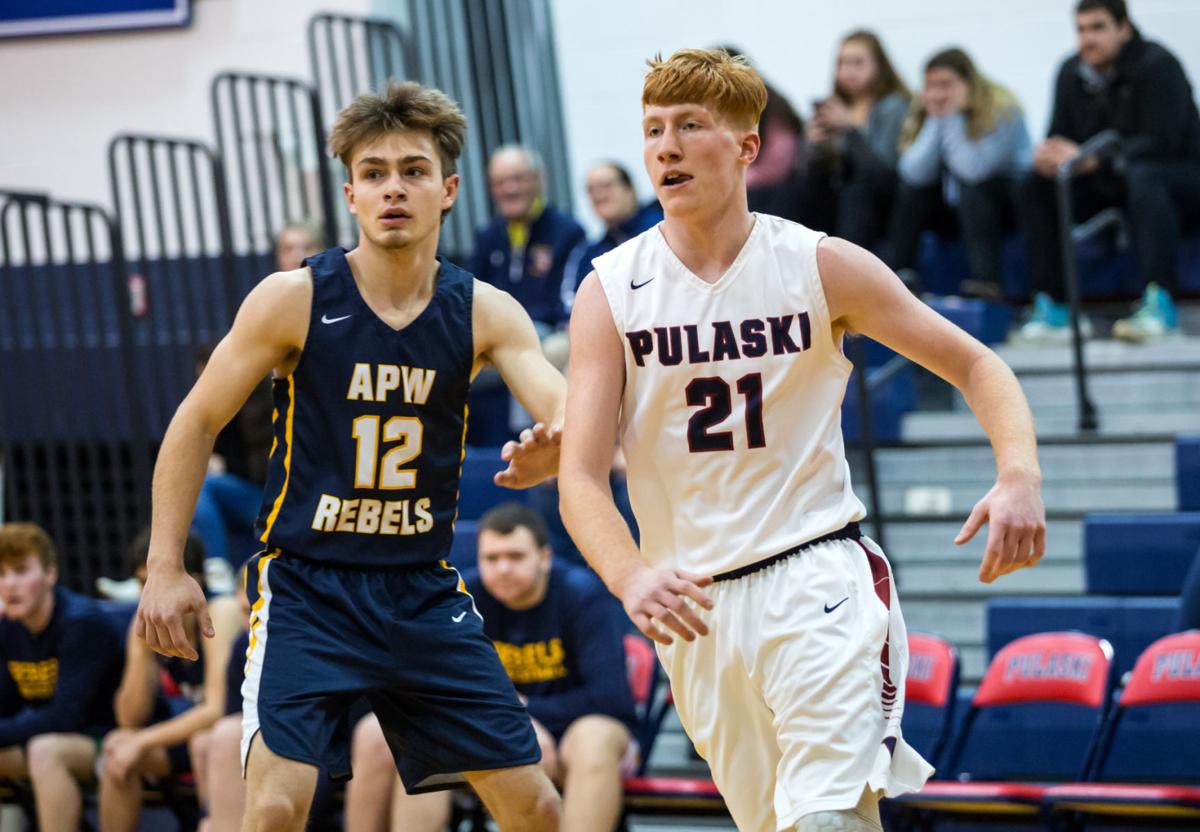 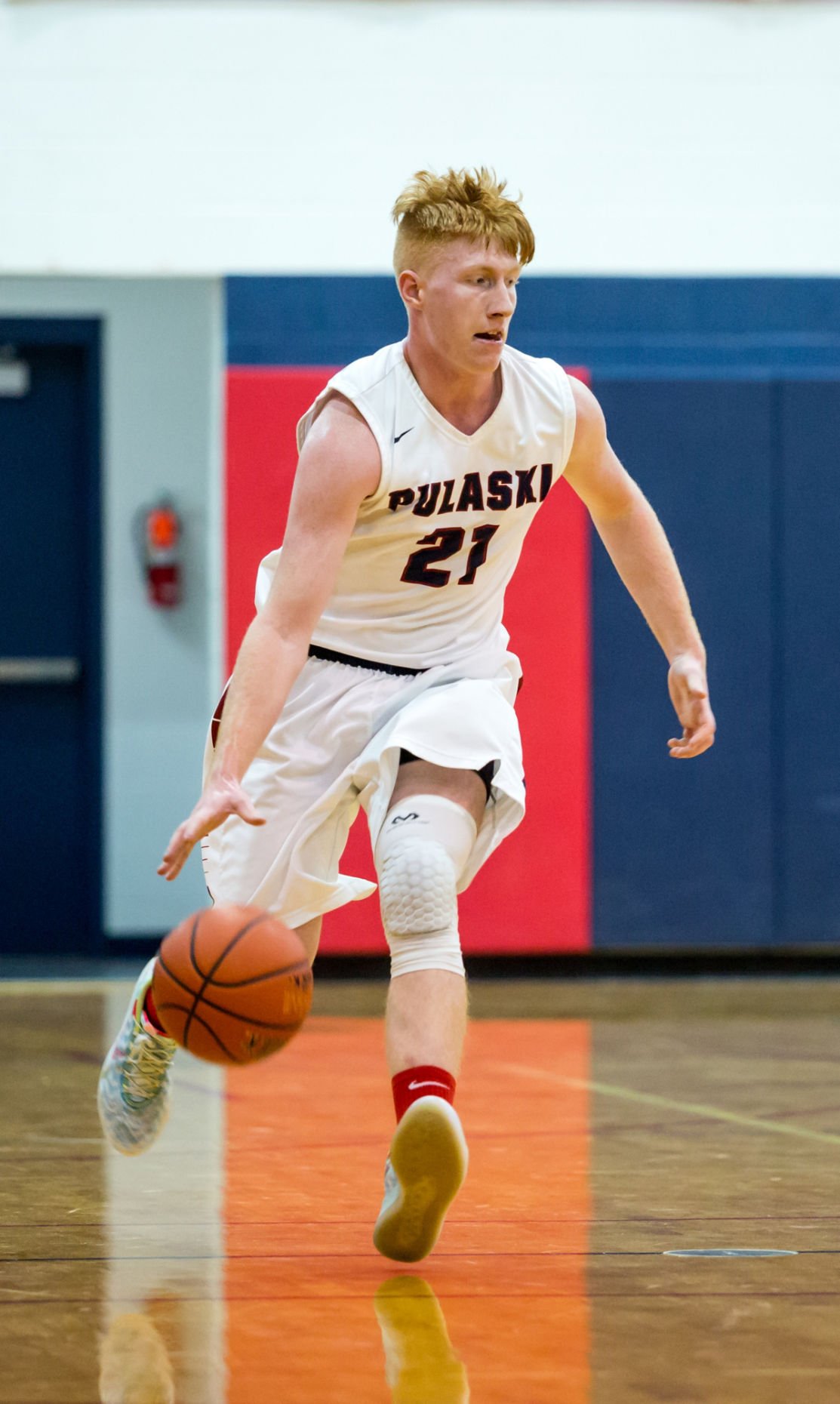 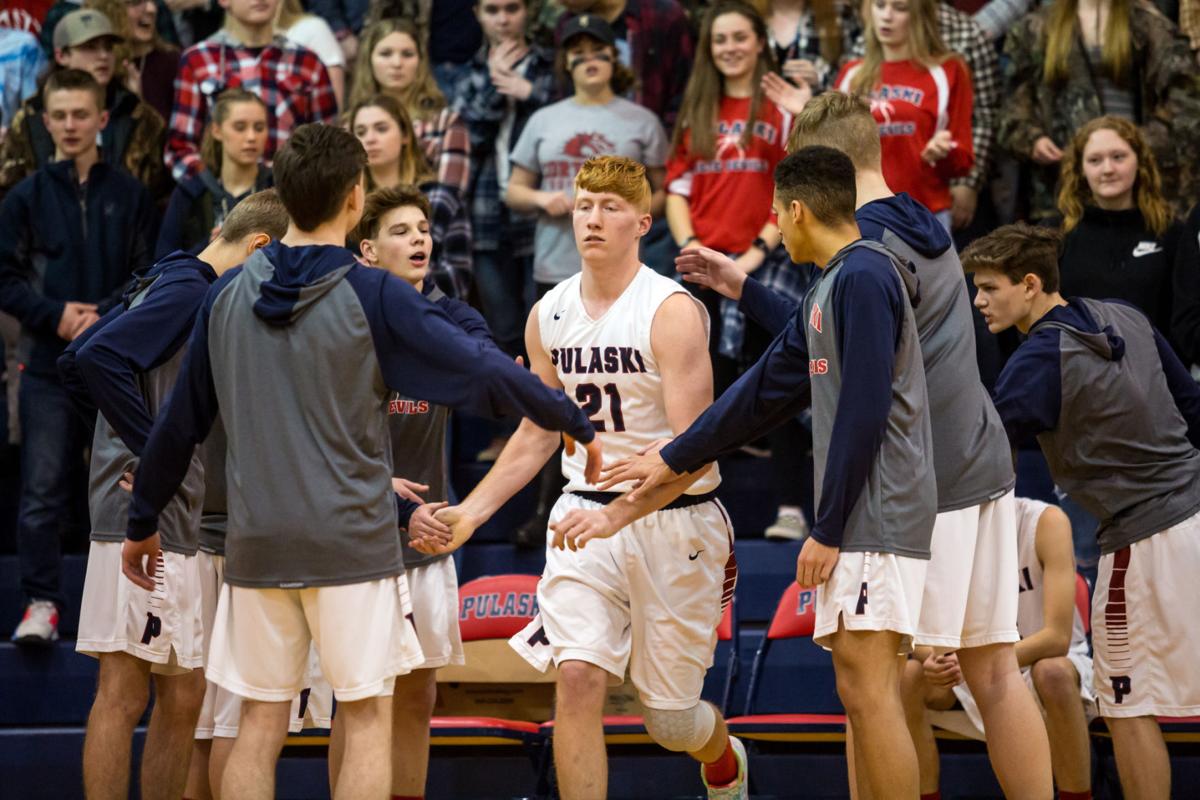 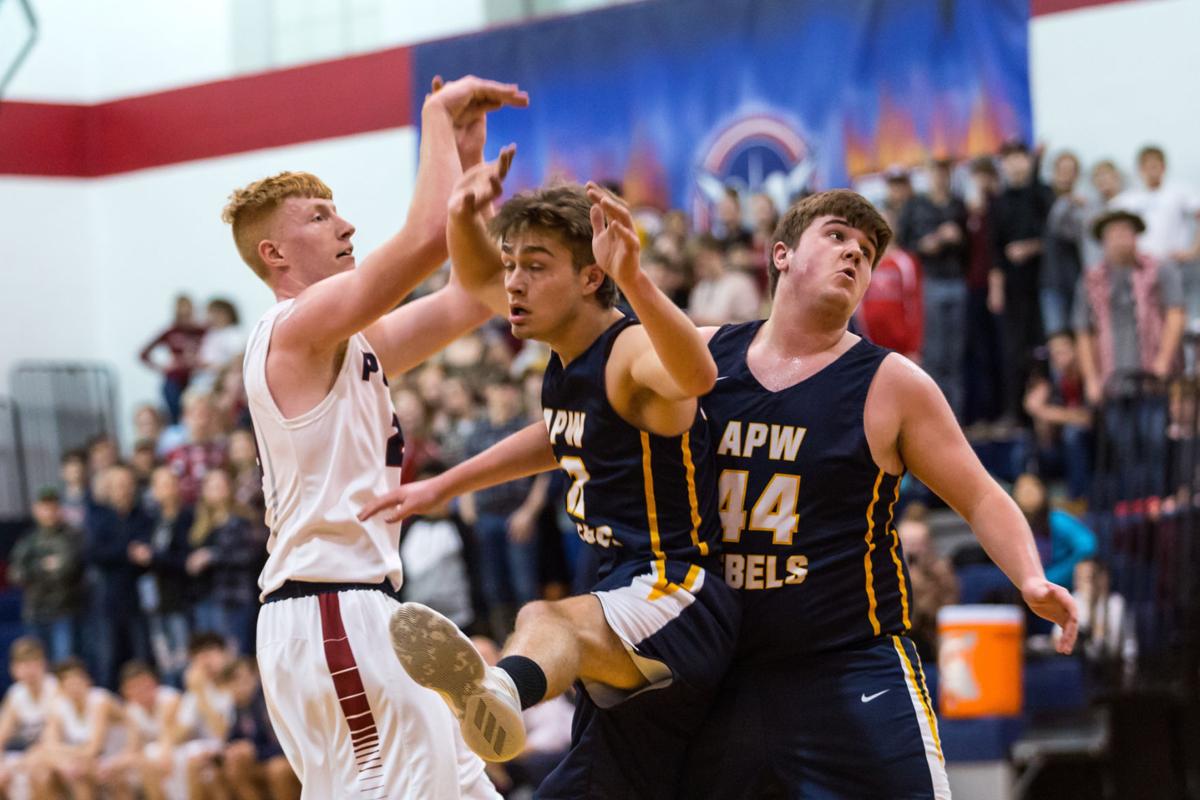 PULASKI — Senior Izaih Mullins has contributed everything from A-to-Z for the Pulaski High School Boys Basketball Team in its push for a Section 3 Class C playoff berth this season.

Mullins, a third-year varsity forward that is often referred to as ‘Z,’ by ninth-year Blue Devils coach Jordan Fahnestock and teammates, entered the week with team-leading averages of 16 points and 11 rebounds per game.

Pulaski opened this week’s games with a 7-10 overall record having won two of its last three, and is working its way into the postseason mix for the first time since 2017.

The Blue Devils finished just 1-18 overall last season and 2-18 the year prior.

“He’s one of those players that brings a little bit of everything to the table,” Fahnestock said. “We can rely on him a lot for scoring but you see he pulls down some unbelievable rebounds, and his heart and dedication, he’s on the floor. He’s a great kid and he’s somebody that we want other kids in our program to look at and aspire to be like.”

Mullins, one of five returning players and three seniors that has endured the team’s recent past struggles, has remained focused on helping the Blue Devils build a momentous atmosphere to spark interest.

The Pulaski student section is packed in front of a large new ‘Devil’s Den,’ sign that covers the wall behind their designated set of bleachers this season, and has incorporated theme nights to foster a festive mood while supporting their resurgent team.

Mullins has done his part to infuse the program with energy with his infectious hard-nosed approach on the court, setting the tone with hustle plays while helping to create offense in addition to scoring and crashing the boards.

Mullins has also worked behind the scenes to help some of the younger players reach their potential, specifically mentioning the development he has witnessed in sophomore post presence Trevor Cole.

“I’ve tried to play hard but smart while playing hard, and focus on winning each game step by step,” said Mullins, a 6-foot-4 standout. “I like to play around my team more because I want to help them build for next year and the year after, so that they really have something here.”

Mullins also has plans to pursue improving the environment at-large when he graduates from Pulaski in June, establishing the career goal to work as an officer for the Department of Environment and Conservation.

He hopes to study at SUNY College of Environmental Science and Forestry (SUNY-ESF) in Syracuse and continue his basketball career at the institution’s men’s basketball team of the Hudson Valley Intercollegiate Athletic Conference, which is a member of the U.S. Collegiate Athletic Association.

“That would be amazing because it allows me to get my education and continue playing the sport that I love,” Mullins said. “Just knowing that I can help with the environment and people who need help in that area is inspiring to me.”

Mullins plans to join the track and field team this spring and was also considered a team leader for the Blue Devils football team last fall.

He was moved up to the varsity boys basketball team three games into his sophomore campaign and became an immediate impact addition.

Last season as a junior and full-time varsity starter, Mullins averaged 15 points and eight rebound per game and was selected to the All-Patriot National second team. Mullins has played offseason travel basketball for the Ontario Storm throughout his varsity tenure.

“We moved him up three games into that (sophomore) season and from that point on, he became the hardest worker that we have,” Fahnestock said. “He got in the weight room and came to open gyms, got shots up whenever he could, so just to see how he has evolved as a worker has been incredible.”

Mullins described Pulaski’s recent 45-42 victory over Altmar-Parish-Williamstown to capture the “Bud Jones/Grant Decker Cup,” for the first time in the trophy’s three-year existence as the greatest thrill of his varsity career in the moments after the dramatic victory.

Mullins added that he is determined to top that by achieving his main goal from the beginning of the season, to help guide the Blue Devils into the sectional tournament for the first time in his varsity career. Pulaski has already doubled the win total of its previous two seasons combined.

Section 3 playoff brackets for boys and girls basketball are expected to be determined next Wednesday.

“We’ve had our ups and downs but honestly, this team loves each other at the end so whatever happens, we’re sticking together the rest of the way,” Mullins said.