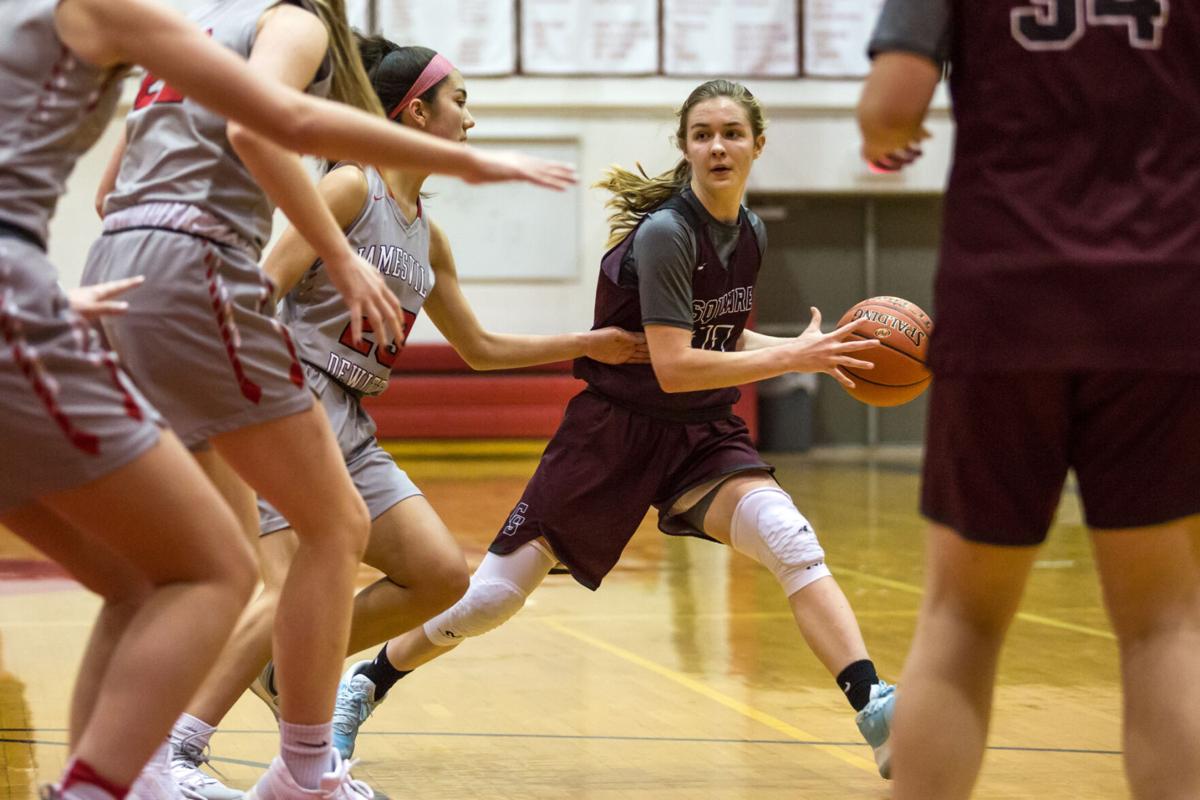 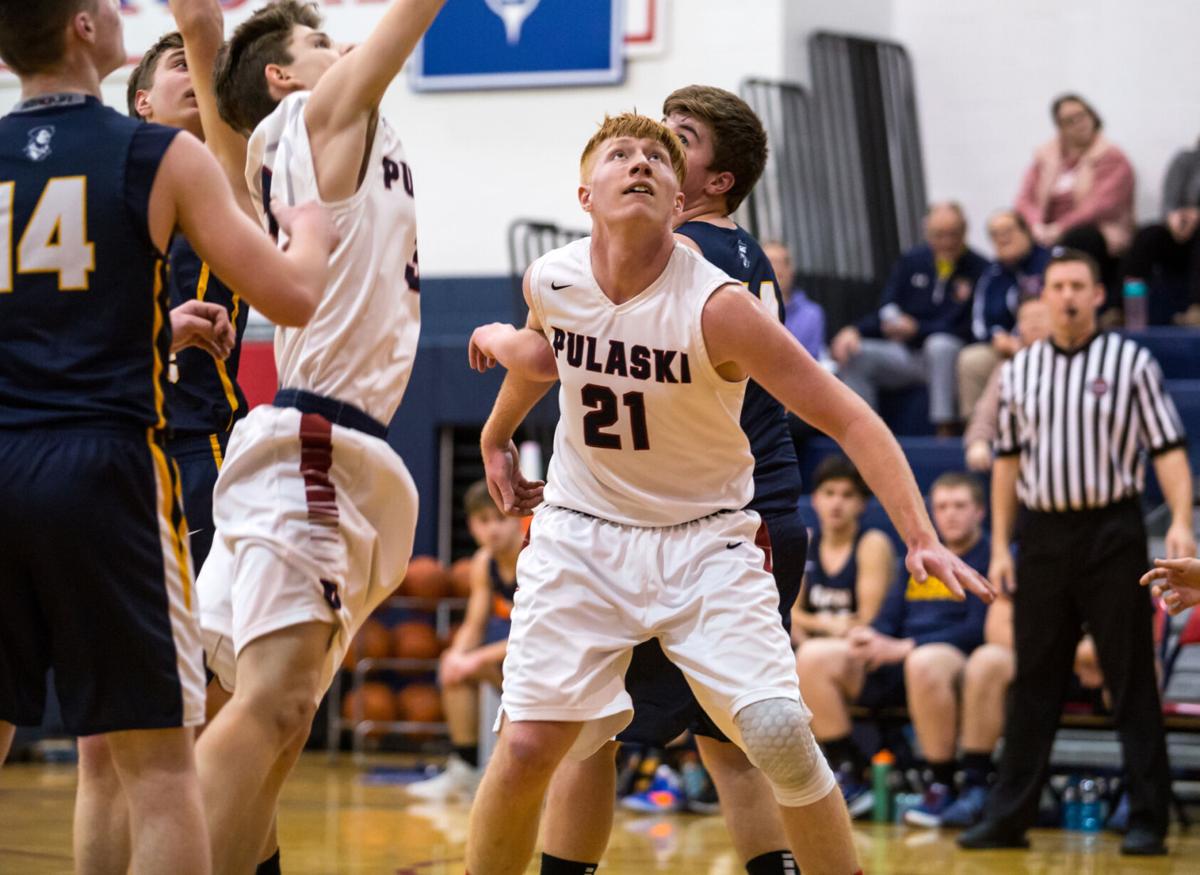 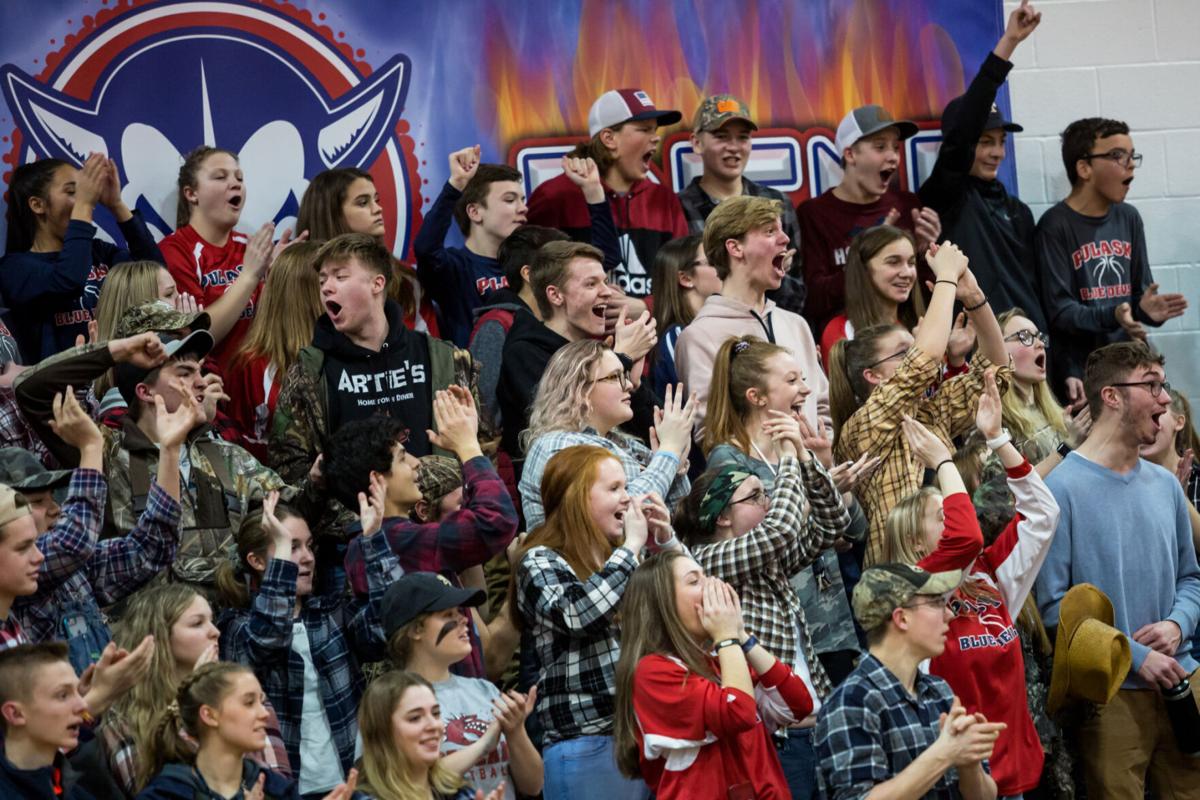 OSWEGO — The life lessons that coaches try to instill on the basketball court — poise under pressure, character through adversity, resilience and uplifting others around you, to name a few — are being put to the ultimate test for Oswego County high school players.

Area teams are among the many around the state dealing with the angst of the latest delay to their season announced Dec. 11 by the New York State Public High School Athletic Association due to COVID-19 concerns.

High school basketball and all other winter sports classified as “high-risk,” for spreading the virus, including wrestling, hockey and volleyball, were awaiting state authorization to begin entering the holiday break. Practices were scheduled to start Jan. 4 prior to the recent indefinite postponement. The state championships were also canceled for all winter sports.

“I think as we get deeper and deeper into a constant delay, you’re just sad and disappointed for the group of seniors that you’ve got because you realize that the opportunity that they have for a senior season is slowly dwindling away,” said Pulaski boys varsity basketball coach, Jordan Fahnestock.

Many area coaches expressed varying levels of disappointment and frustration with an array of aspects surrounding the announcement.

Some remain hopeful for a condensed season to begin some time next month, while others see the latest action as prolonging the inevitable cancelation. If that is the case, many would prefer a firm decision soon to begin helping players move on and consider the potential financial implications for paid coaches.

The overriding concern of a potentially lost season and the series of recent delays among area coaches is the collective toll it takes on the psyche of students. Many noted a growing pessimism among their player bases regarding the outlook of a season in recent conversations. Some Pulaski players have turned to swimming simply to fill their competitive void while awaiting the fate of their basketball campaign.

“These kids are young and they’re dealing with enough stuff being a teenager,” said Phoenix varsity boys coach, Nick Perioli, a former Oswego State standout. “The one place they can get away from all that is the basketball court, and the one place they could kind of be themselves was on the court with their friends and they certainly miss that, and as a result, motivation and positive attitudes are low, just overall outlook is low.”

Fulton varsity boys basketball coach, Sean Broderick, has concerns as both a coach and a parent for the social and emotional well-being of area players. Broderick’s son, Jake, is a senior for the Red Raiders boys team while his daughter, Claire, is a junior for the girls squad. They, like many of their peers, have trained via zoom and independent drills anticipating the upcoming season since March. Both programs had hopes of building off Section 3 playoff appearances last season.

“I’m so proud that our players for the last seven or eight months have found a way to get their academic work in under different circumstances, to get their physical activity and workouts in, but I know they feel like things are being taken away from them and I worry about that,” Sean Broderick said. “I just hope that we can find a way to have some semblance of a season because these kids deserve it.”

Multiple area coaches described the challenge of keeping their teams engaged and upbeat throughout the coronavirus pandemic as the most difficult task of their respective careers. The highest stress levels appear in senior-laden squads that had built toward a last hurrah this year.

The Pulaski boys team expected eight seniors on the roster while the Central Square girls program features four seniors with at least two prior years of starting experience. Those teams are simply hoping for the best as they work to stay in shape and remain in good academic standing so to be ready to hit the court if given the green light.

“We’re just trying to be upbeat about it and be encouraging and hoping we get any kind of season,” said Central Square girls coach, Kevin Brazell. “I’m most concerned about the seven seniors that they get some kind of a senior season, we have a senior night, but that being said, the most important thing is their health. I certainly wouldn’t want to put any of them at risk.”

Making the best of difficult circumstances, many coaches have witnessed significant personal growth and renewed sense of self-drive among their players dating back to the onset of the COVID-19 shutdowns in March.

Central Square girls players were unable to uphold their annual tradition of visiting Elderwood Nursing Home to sing carols and spend time with residents due to COVID-19 restrictions, but senior Morgan Ransom helped organize the effort to still collect presents and drop them off this past Monday.

Oswego High School senior, Mary Culeton, worked with coach Joseph Babcock to create a profile and video reel on the FieldLevel app that connects recruits with prospective college teams. The point guard was aiming to garner more college looks during her final high school season but has still managed to make contact to around a dozen NCAA Division II or III coaches, Babcock said, since taking that step.

“You don’t think of COVID in a positive sense, but we have really seen some of our kids find their self-motivation, and as important, their leadership and communication skills because they’ve really had to take a lead without coaches present,” Sean Broderick said. “That I’m proud of, those are skills our kids are all going to benefit from down the road, the way they’ve had to endure and persevere and overcome over the last seven or eight months.”

Some area teams have attempted small socially distanced workouts under approved guidelines but were either unsuccessful in getting started or shut down soon after launching.

Oswego County teams entered the week in a pause pattern awaiting further state guidance, simply hoping the best for the fate of their respective seasons.

“Right now, it’s less about basketball and more just trying to give these kids something to do that can make their life a little more normal,” Fahnestock said. “Even if it’s not basketball, if it’s ping pong or badminton, just something to get them in the gym and do something with them.”