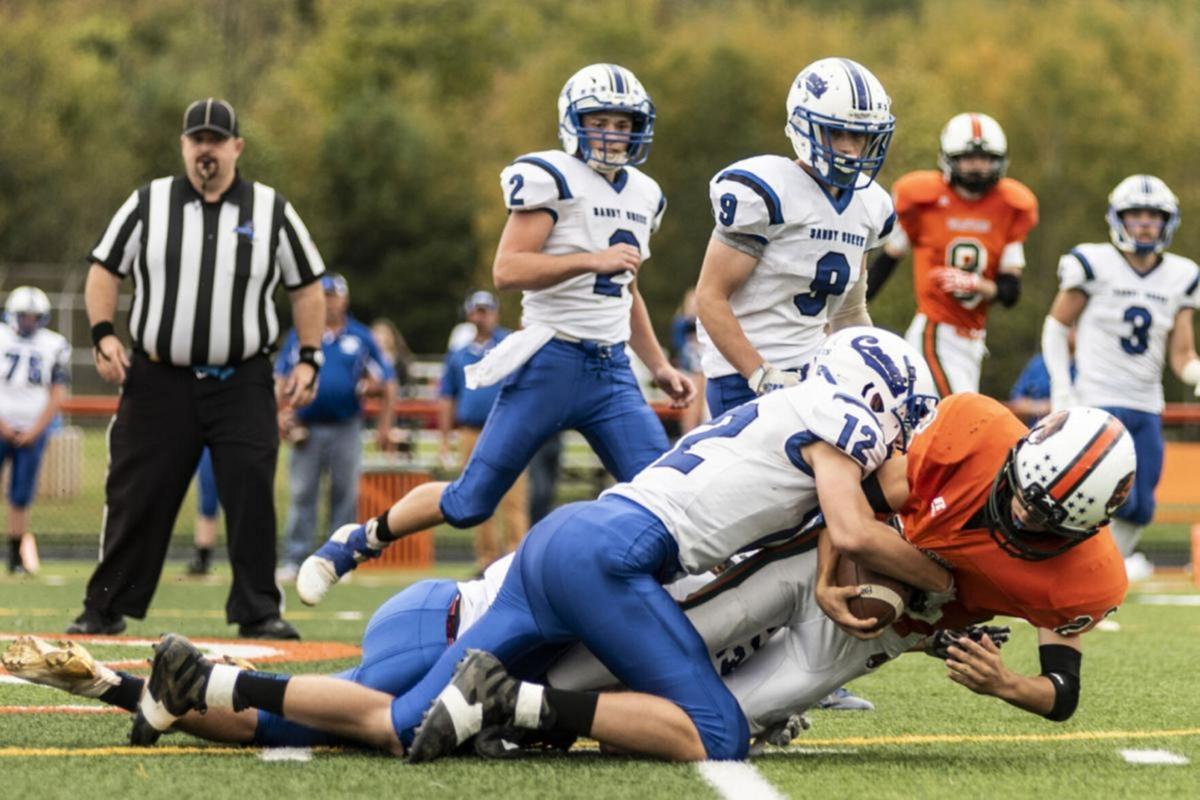 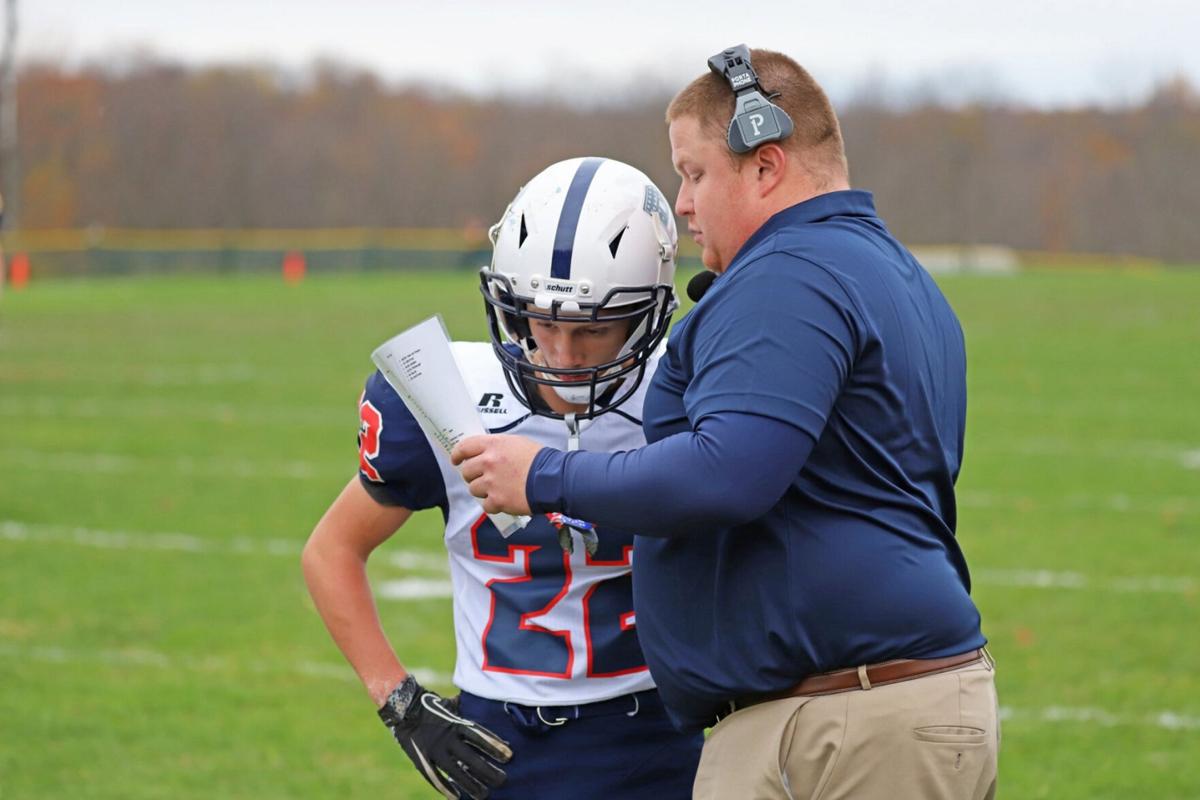 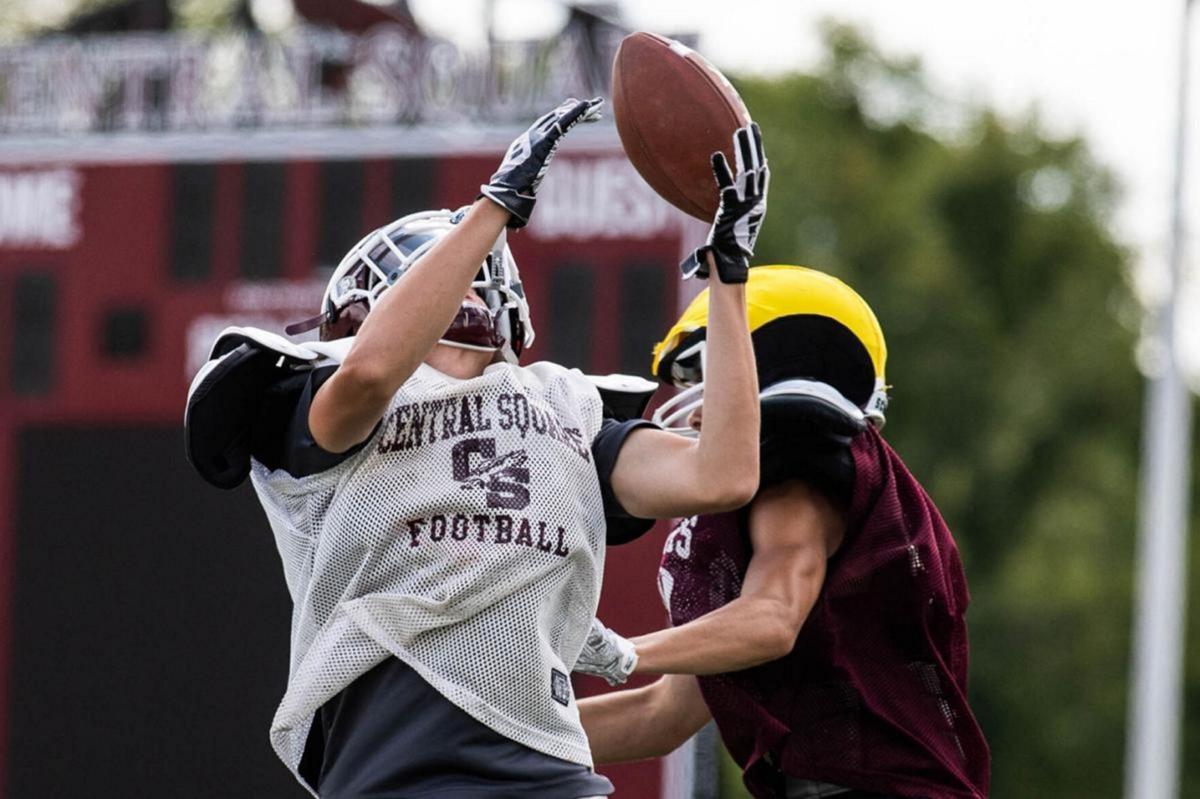 OSWEGO — Central Square varsity football coach Kevin Kelfass packed his bag last Friday morning and felt the chill in the air, then instinctively grabbed a sweatshirt to pack for the game later that night.

Kelfass then paused, remembering that such habits he has routinely followed for decades will need to change this fall — a sobering reminder of the state’s recent decision to postpone the high school football season, along with volleyball and competitive cheer, to the spring due to COVID-19 concerns.

The New York State Public High School Athletic Association is hopeful for a March 1 start date to football practices and the other delayed fall sports classified as high-risk for spreading the virus, followed by a slate of games that would ideally wrap up before the traditional spring sports slate.

Phoenix coach David Johnson, who has taught the game for 39 years at various levels, said that he was hit with a similar realization of the coaching void as he watched the NFL season opener on Sept. 10.

“It gets the blood flowing and it was exciting to watch, but it’s just different, after 39 seasons on the field, I feel like a fish out of water right now,” Johnson said. “I miss the kids, I miss that camaraderie and being around the coaches, and making a difference in kids’ lives every day, and right now that’s just what we all want to get back to.”

Prior to last week’s announcement, teams were planning for a Sept. 21 start to practice but it was not clear when games would be permitted to begin.

More than 30 states, including neighboring Pennsylvania and many others with higher COVID positivity rates than New York throughout the past month, have conducted high school football games already this fall.

Area coaches described the reaction within their respective programs as mixed between frustration, disappointment, and confusion, but ultimately hopeful that a football season is still on the horizon.

“I thought we would start practice, maybe some conditioning and no contact, and I thought if that went well, we would progress,” Kelfass said. “It did catch me off guard and I’m disappointed, but on the other hand, at least they didn’t cancel. It’s that old saying: ‘You’re telling me there’s a chance.’”

Kelfass added: “The kids texting me about it were really bummed out, disappointed, they had a lot of questions. I just tried to keep telling them that at least they didn’t cancel anything on us, we’re just delayed. Especially for the seniors, there is still a shot, so that’s how we’re going forward.”

Players will be permitted to compete in four sports if they choose this year, which could help offset concerns about participation levels while offering a unique opportunity for athletes.

Coaches were hopeful entering the week that they would be allowed to organize football offseason team activities at some point later this fall or during the winter months but were awaiting guidance.

Given the loss of organized summer workouts and no supervised conditioning since schools were shut down last March, some area coaches view the delayed start as a positive, giving athletes time to work into peak shape and go through some of the preparations that a normal season would allow.

“Having no contact with the kids and not being on top of their conditioning, that certainly presents concern in that, what type of shape will the kids come back in, and we really need to be careful that we’re stretching them and going through the plyometrics and agility stuff, and taking it at a slow pace so as to not create injuries,” Johnson said. “The safety and the conditioning of the athletes is going to take a priority over your install and your playbooks. We need to make sure these kids are in good, physical shape and ready to play.”

The unprecedented spring season will present challenges for Oswego County schools, particularly those in less-populated districts. The potential for football to overlap with other spring sports, such as baseball or lacrosse, could create a tough choice for students who have put years into training for both sports.

Schools could also run into issues with available coaches, such as Pulaski varsity coach Paul Monnat, for example, who also coaches baseball in the district.

Most coaches believe that players would welcome playing multiple sports during the spring months if the seasons are able to remain separate.

“I think there will be some decision-making for some of my seniors who say I’m going to play lacrosse in college or I’m a baseball guy, I think they’ve got to make a decision, but as long as the sports don’t overlap, I think they’ll be fine,” Kelfass said. “I think that kids will play, especially at Central Square, they love football. If they can play football and then go to lacrosse or baseball or track, I think they’ll do that.”

The area weather is also likely to present a major hurdle for many area schools. The presence of snow and cold temperatures often endure through March and the challenge is further amplified for the three county districts with a grass playing field — Sandy Creek, Altmar-Parish-Williamstown, and Pulaski.

“We don’t have a turf field so we have to deal with the elements, whatever they may be, so we’ll probably be on the road a lot this year or hope the weather works out and we get a good, early spring,” Pulaski coach Paul Monnat said. “There are only so many things you can control. I’m just happy that the kids have some kind of hope.”

The upcoming football season is set to feature the launch of the new Section 3 Independent Division that contains five Oswego County teams — Oswego, Mexico, Phoenix, APW, and Pulaski. Central Square and Fulton are slated to play in Section 3 Class A while Sandy Creek will contend in Class D.

The coming months will consist of many logistics to work through related to scheduling, travel, and safety guidelines, just to name a few. For Oswego County programs, those obstacles are all worth attempting to overcome for the lasting hope of a football season.

“I think it’s just trying to do what’s best for the kids, keep them safe, and give them a chance to play, whatever that might look like,” Monnat said. “I think that’s the biggest thing now, just rolling with the punches.”