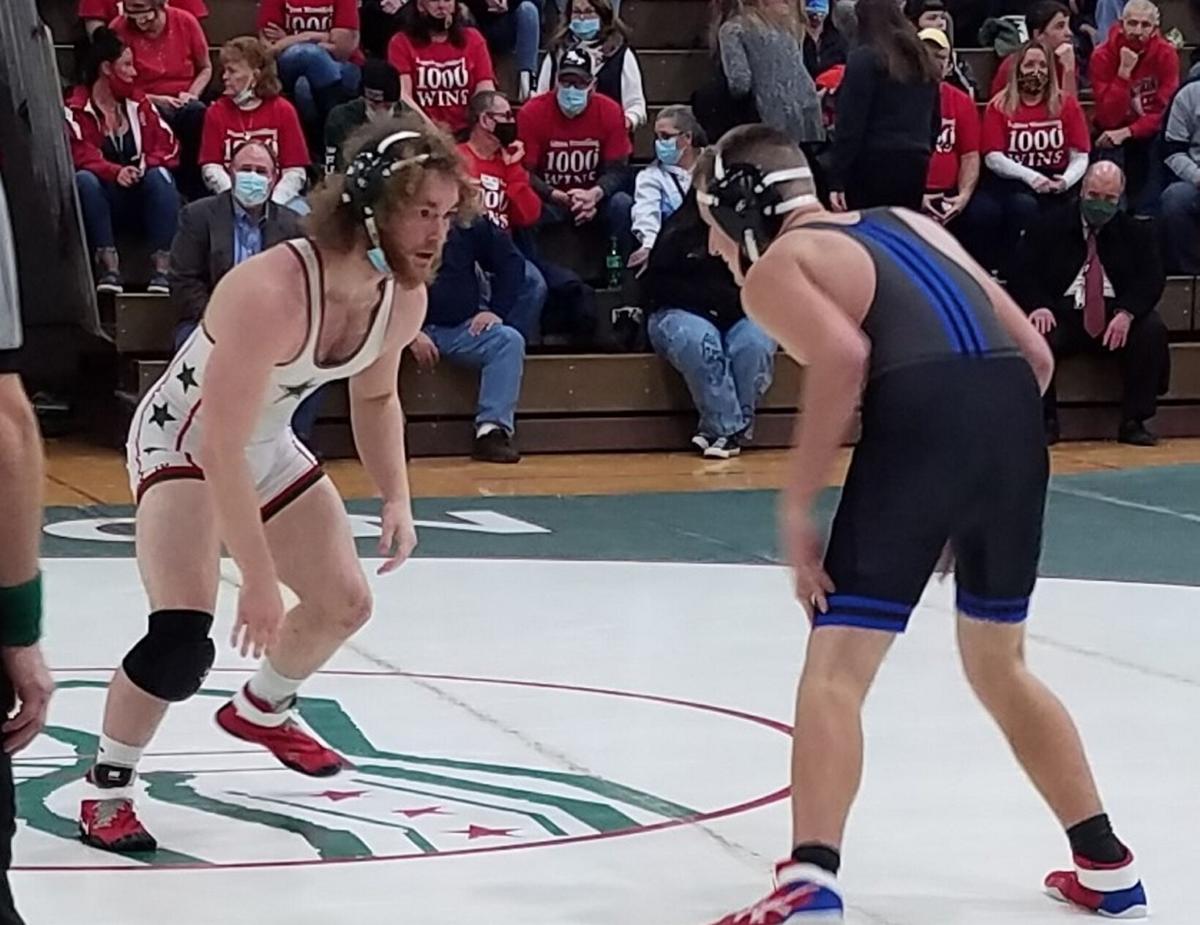 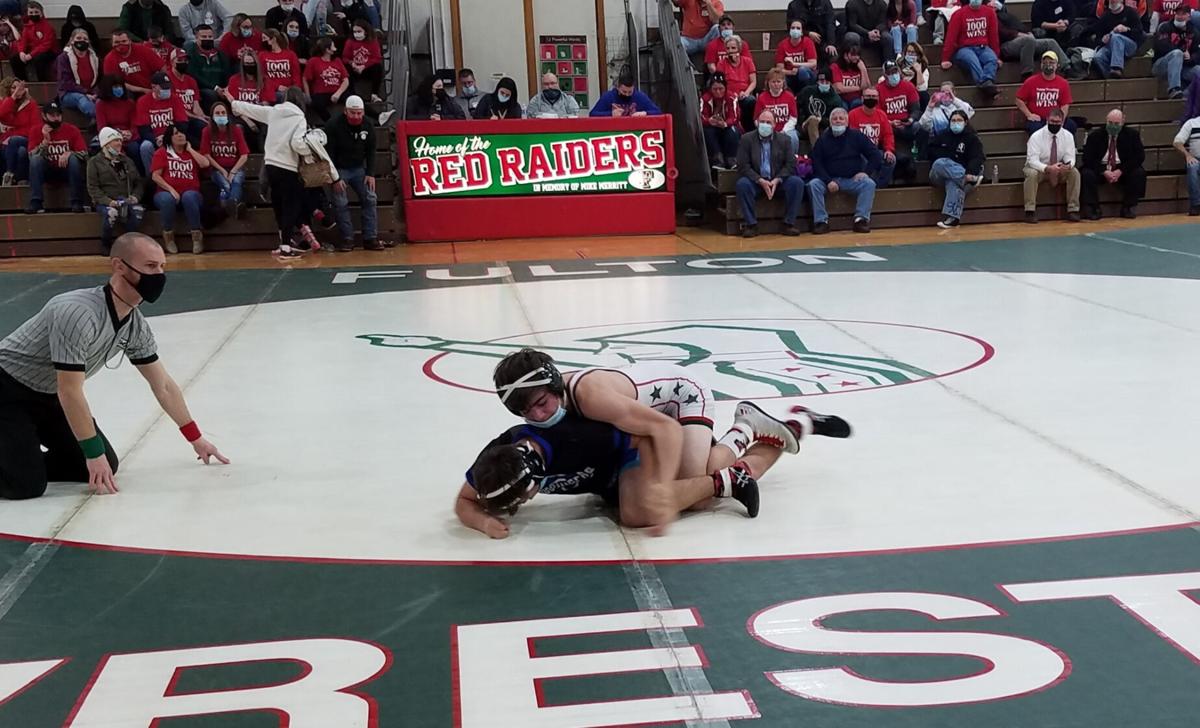 FULTON — The Fulton High School varsity wrestling team captured the 1,000th victory in program history with many who contributed through the years on hand to share in celebrating the unrivaled achievement.

The Red Raiders returned to the mat following a lost season by sweeping a pair of dual meets in its home gym on Dec. 7 — beating Cicero-North Syracuse, 41-28, before securing a 63-13 win over Oswego — to push the team’s all-time win total to 1,000.

Fulton became the fifth high school varsity team in the country and first in the state to reach the thousand-win mark, according to NY Wrestling News.

“It’s surreal, being the fifth team to ever do this in the United States, I don’t think we’ll ever process it until after the season,” said Fulton senior co-captain, Ashton Gates, who won his bout at 160 pounds in the history-making dual win. “I think the first dual, getting that 1,000th win, definitely will give us some momentum, especially with this season more than others being considered underdogs in Section 3.”

The passionate Fulton fan-base filled both sides of the bleachers hoping to commemorate the milestone.

The season opener was promoted as “Alumni night,” and a majority of the crowd wore red T-shirts with the phrase: “Fulton Wrestling, 1000 wins,” printed across the front.

Former coach Mike Conners, who guided the team to more than 500 victories in his two-plus decades as head coach, was also seated near the mat to witness the achievement.

“There are a lot of alumni here that played a part in many of those thousand wins,” Fulton coach Jeff Waldron said. “Coach Conners was here, who coached for 25 years and was responsible for over half of those wins, so it was great to see those people come out and share this night with us.”

Prior to opening the season in triumphant fashion, the Red Raiders’ last dual meet came on Feb. 1, 2020, in the state dual meet championships where they reached the Division I final to finish that season with a 33-1 overall record and at 998 wins for the team all-time.

Fulton was like many area schools that did not compete in varsity wrestling last year, some held exhibitions, including a few that were held outdoors in football stadiums.

“It’s the only sport I participate in so to be back with this program and learning again under this coaching staff, with such support of our community and teammates, it’s the only thing I could wish for right now,” Gates said.

For returning seniors, like fellow co-captain Dylan Waldron, the potential to push the program to win No. 1,000 and cement the historic achievement has long been at the front of their minds.

“I feel like there was some extra pressure, and we knew our first dual meet was going to be tough competition, but we’ve known for a couple years we were coming in close, so to be a part of it was really important to me and the rest of the team,” Dylan Waldron said.

Fulton can now turn its attention to the season ahead with a youthful squad that lost more than 20 wrestlers from the dominant 2019-20 unit to graduation.

“We’ve never been able to put our finger on exactly what makes wrestling so special at Fulton, but we branded ourselves as the pride of Fulton, and the community is just proud of what we do,” Jeff Waldron said. “We start the kids young, and they wrestle year-round. The alumni have their kids come into the program, it’s like a family tradition here.”

The Red Raiders are also anticipating the opening of their new training facility in Fulton, which is about a month away from being ready to use after more than a year of effort and aid by program alumni.

Waldron believes the complex is the next step in assuring the team stays at the forefront of the sport in Section 3.

“We’re hoping that’s going to take this team that is a legacy and turn it into a dynasty,” Jeff Waldron said.