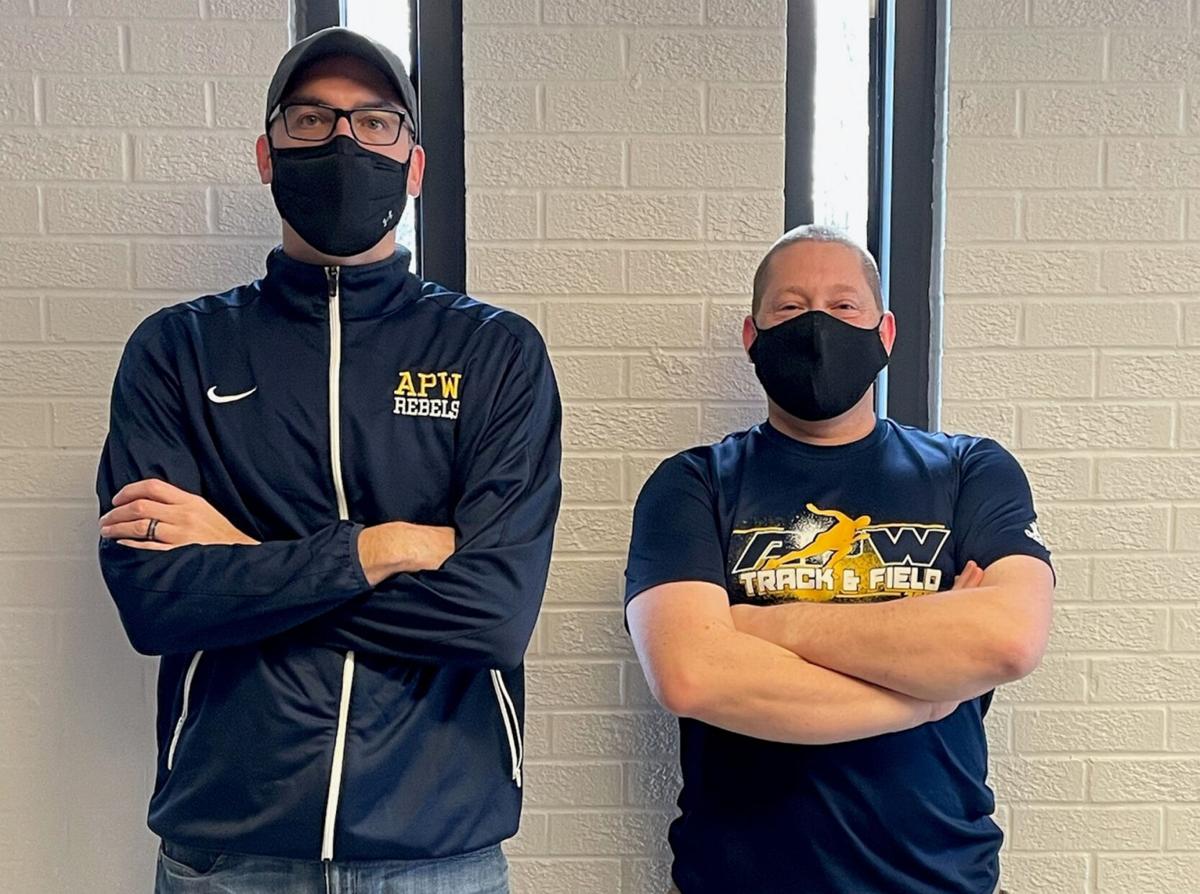 Altmar-Parish-Williamstown longtime teachers and coaches, from left, Chris Hogan and Shaun Carter, are aiming to start an esports team in the district to begin competition in February. Provided photo 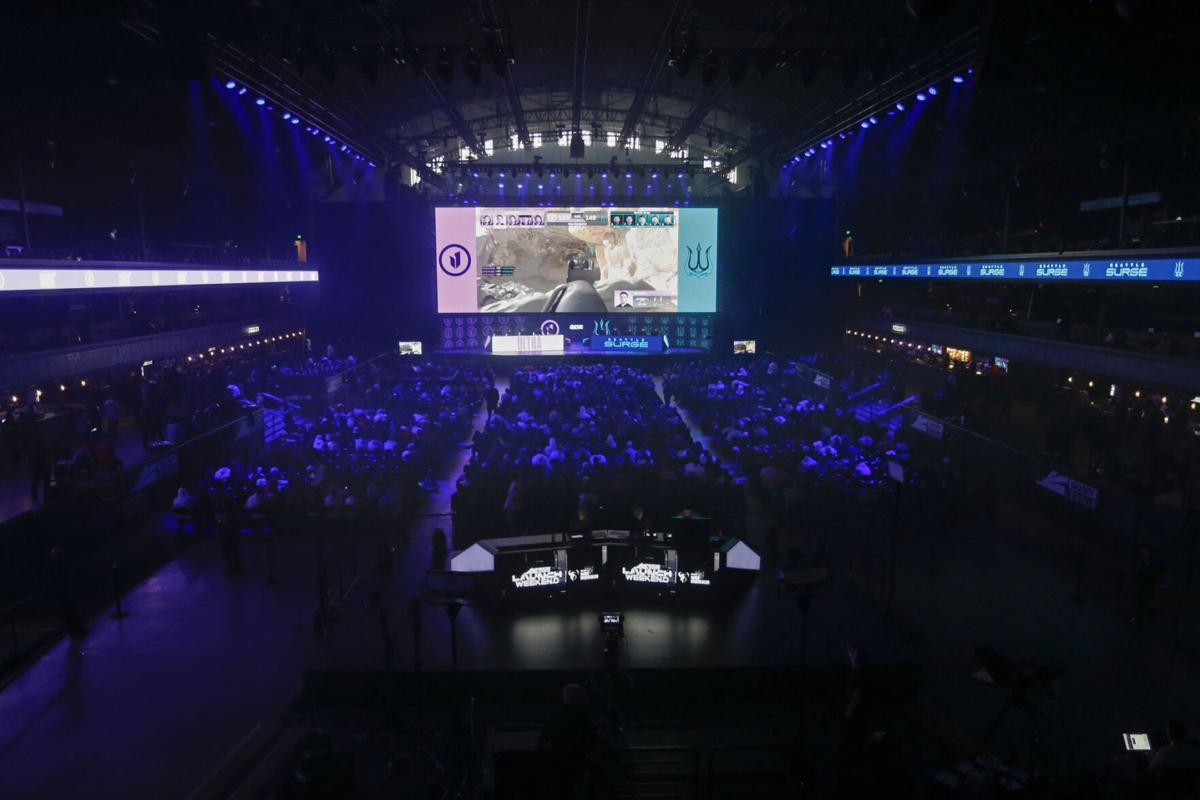 The Seattle Surge play the Toronto Ultra during the Call of Duty League Launch Weekend Jan. 25, 2020, at The Armory in Minneapolis, Minn. Bruce Kluckhohn/USA TODAY Sports

Altmar-Parish-Williamstown longtime teachers and coaches, from left, Chris Hogan and Shaun Carter, are aiming to start an esports team in the district to begin competition in February. Provided photo

The Seattle Surge play the Toronto Ultra during the Call of Duty League Launch Weekend Jan. 25, 2020, at The Armory in Minneapolis, Minn. Bruce Kluckhohn/USA TODAY Sports

PARISH — Chris Hogan and Shaun Carter assumed they would one day outgrow video games, but deep into successful careers as teachers and coaches at Altmar-Parish-Williamstown, the duo is tapping into their shared passion to boost student engagement amid the COVID-19 pandemic.

Hogan and Carter are trying to launch an esports program for the Rebels to begin play as early as Feb. 15. They would presumptively serve as coaches along with fellow teacher, Jessica Halsey.

They have been developing plans with school administrators dating back to last year and entered the recent holiday break confident in gaining approval from the Board of Education this month to proceed with forming the team open to students in grades 7-12 in the district.

“It’s new and exciting but it’s giving students a chance, and a lot of students a chance, to be a part of something,” Hogan said. “They may not play soccer or football or volleyball or hoops, but they’re gamers. This is their thing and their hobby, so we’re giving a different crowd of students a chance to shine along with our athletes that can’t play a sport because of COVID. So, we’re kind of appealing to a giant audience of students and we’re trying to net them in and give them something to do.”

The program has developed plans to move forward whether the school is under remote or in-person learning. They would operate under the PlayVS league, which works with the National Federation of State High School Associations to sanction regional and state championships.

The league would schedule opponents from other schools to face APW and Rebels’ coaches would also organize in-house scrimmages.

They will be played mostly on the PC, with Madden and FIFA the exceptions to be played on PS4, though other platforms could be approved if the school goes to remote learning. The district is planning to order jerseys for varsity starters during competitions and T-shirts and other apparel for the entire team.

Coaches have been brainstorming with the school’s technology department and recently posted a survey to the school website and social media pages to gauge interest, garnering more than 50 student responses before the holiday break.

Coaches meetings with parents, either virtual or traditional, are likely to precede the desired Feb. 15 preseason start date. The same academic and behavioral standards expected of varsity athletes would be required for eligibility to play.

Both teach in the APW middle and high schools and connected over a lifelong interest in gaming on a variety of platforms.

“These two guys are so enthusiastic, and they are 100 percent behind getting this rolling for the kids,” said APW athletic director, Scott Stanard. “Just bringing them something that they can look forward to at the end of day, whether it’s in school or remotely that we can do together, for me it’s just an awesome concept that seems to be coming to reality here very quickly.”

Hogan said that he and Carter approached school administrators with the idea last year and received strong feedback before initial school shutdowns at the onset of the coronavirus pandemic last March sidelined the discussion.

Now that the pandemic has extended into the new year and led to the majority of fall and winter high school sports being postponed or outright canceled, the urgency to launch APW esports has increased.

Hogan and Carter hope to provide an engaging outlet for the many students struggling to maintain their sense of purpose, social and mental well-being, or stay motivated to succeed academically without a team to play for.

“I watched last year as COVID hit and my kids, their lifeline was gaming, their only human interaction and socialization and connection with their friends became the games they played, and they were able to stay engaged with their friends and have that connection,” Carter said. “My son runs track and I coach track, and we would normally be fostering those connections and building teams and they lost that, and this is a great avenue to be able to bring some of that back.”

Hogan, Carter, and Stanard all expressed hope that the esports team would become a permanent fixture in the APW athletics offerings. The PlayVS governing body conducts two seasons of competition each year with a fall and spring session.

More than 170 colleges nationwide have varsity esports programs, according to the National Association of Collegiate Esports, and roughly $16 million is awarded annually in college scholarships.

“Everybody is on board and we want to do this right the first time so that we can sustain this for a long period of time, because I think it’s the wave of the future,” Stanard said. “If this is the way to get kids involved and to keep them happy, we’re going to do everything we can to push it forward.”