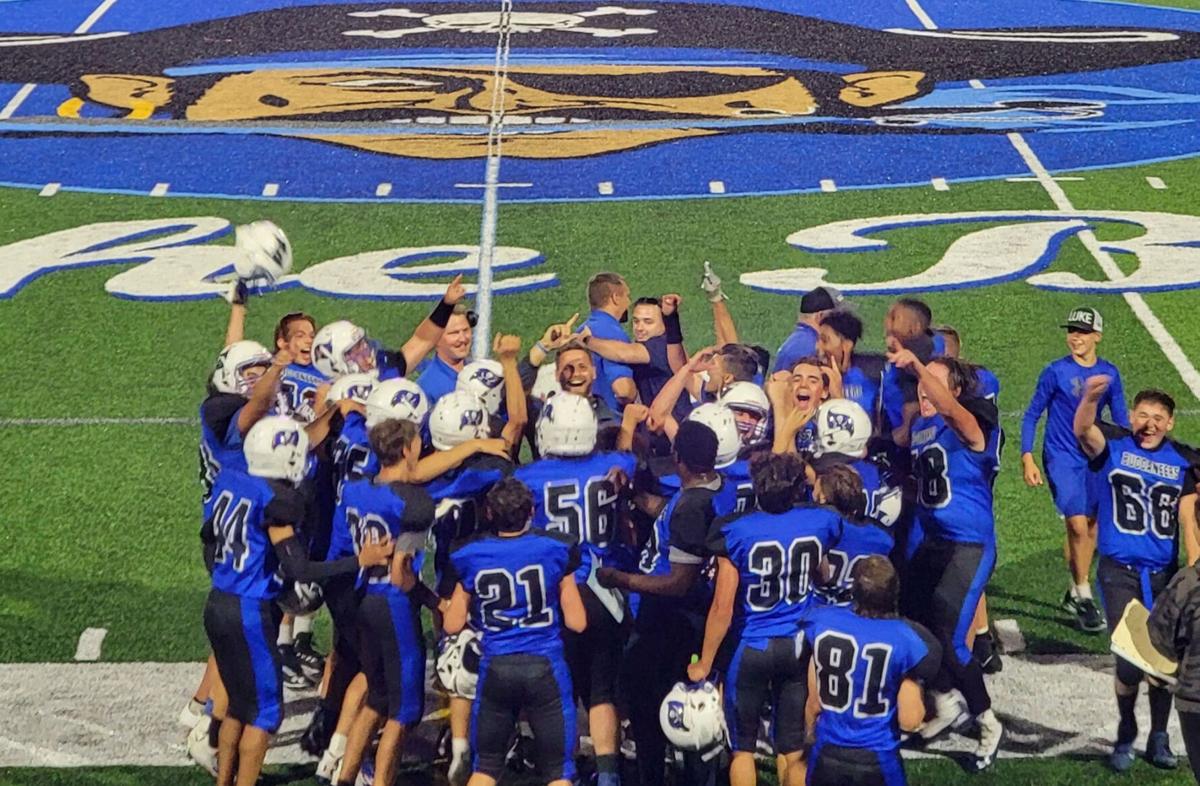 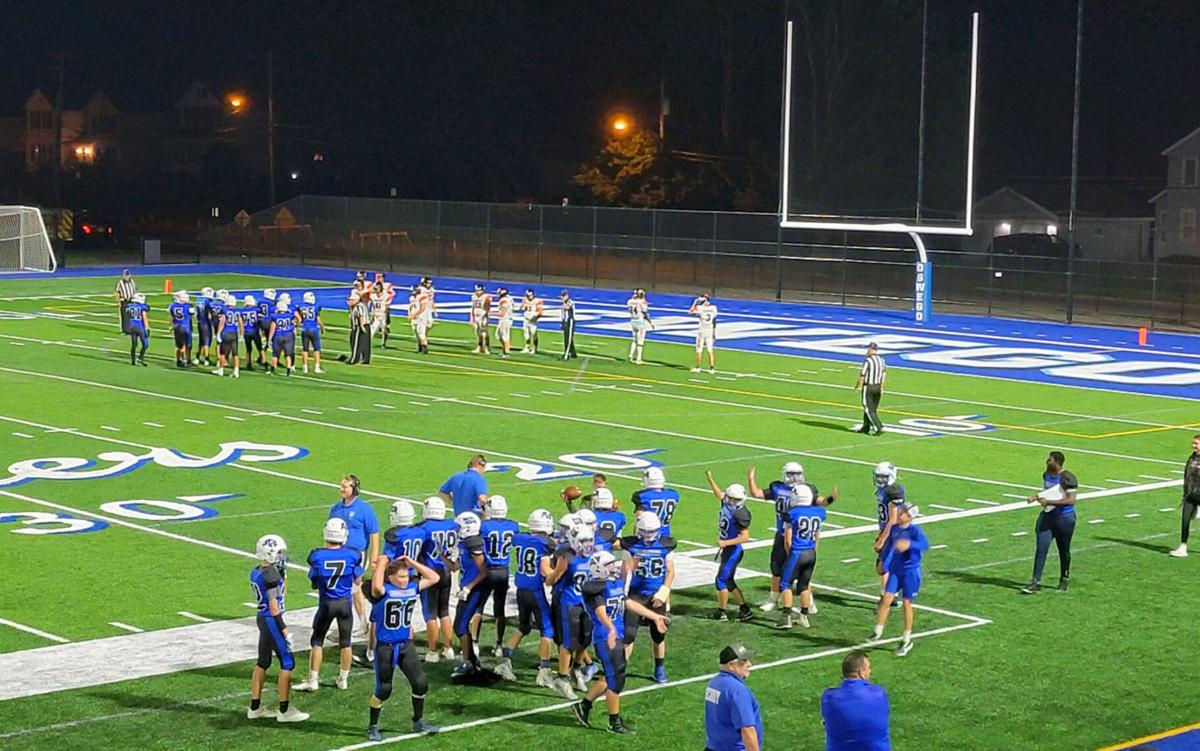 OSWEGO — Oswego High School varsity football coach Jason Primrose could hardly believe the sight when he looked at the clock on first down and saw less than a minute remaining as his team held the advantage and possession.

All that was left to do was take one more snap and have the quarterback take a knee to release the burden of a seven-year losing streak and take another pivotal step forward for the rebuilding program.

The Buccaneers opened their season with a thrilling 32-30 victory over the visiting Phoenix Firebirds in a Section 3 Independent Division matchup on Sept. 10 on the high school turf field. Oswego (1-1 overall) will next host Fowler at 6:30 tonight in the same location.

Oswego’s season-opening victory marked the first for the team since defeating Nottingham on Oct. 29, 2014. Primrose, in his second season as head coach, said that he and his assistants were momentarily stunned when it came time for a kneel-down to secure the hard-fought victory.

“It has been so long since we had been in that position, it was like surreal and then all of the sudden it hit me and I’m like: ‘Holy cow, this is happening,’” Primrose said. “We’re going along, and the coaches are so focused in on the next thing, we didn’t even realize until we took the time to stop for a second because it was so crazy.”

The players shared in the shock and ensuing excitement, forming a large mob to jump and yell in celebration after helping the team pull off a 30-point comeback in the second half and snap the program out of the lengthy winless stretch.

“It was amazing, the crowd helped us a lot, and it was an amazing feeling to win,” said Oswego sophomore offensive lineman and linebacker, Mason Sinclair. “It was just a ton of joy, a couple people teared up. It was definitely a moment to remember.”

Oswego relaunched the program last spring for the Fall II campaign after being forced to cancel the 2019 season due to a lack of available players. The fall 2020 slate was delayed to the spring due to state COVID-19 mandates.

The Buccaneers were also forced to cancel in 2016 for similar reasons and endured four other winless campaigns between victories.

“I remember feeling like: ‘This is it,’” senior running back Christian Andaluz said. “We changed the way for Oswego and we’re looking to move that way from now on. … It was very exciting, and I felt honored in a way.”

Oswego trailed 30-0 at halftime against Phoenix but came storming back to win in electrifying fashion.

Junior Logan Mathews scored on a 16-yard touchdown run late in the third quarter and Andaluz punched in the two-point conversion to begin the comeback. Senior Dylan Dunsmoor returned an interception 30 yards for a touchdown soon after to cut the Phoenix edge to 30-16 early in the fourth quarter.

Mathews then scored on a 5-yard run and again on a 27-yard run, and he successfully rushed in each two-point conversion attempt to give Oswego the 32-30 advantage that they maintained the rest of the way.

“I’ve been on the sideline with a 30-point deficit a lot, and sometimes when you look at the kids, you can see that they’re just done,” Primrose said. “But at halftime here, we were down and talking about adjustments and they just went for it. It was awesome.”

Oswego captains pointed to their extensive preseason conditioning and other work toward improvement dating back to last spring season as reasons they were able to pull off the comeback victory to kick off their schedule.

They are hoping that same mentality applies toward contending in the Section 3 Independent Division as the season progresses.

“When we were down by 30, I knew we just had to get the team going, and once we did, things just felt good,” said junior two-way lineman, Joshua McManus. “Coach makes us run all the time and we’ll say that we hate him for it, but we saw how it really just makes us not feel tired at the end of games.”