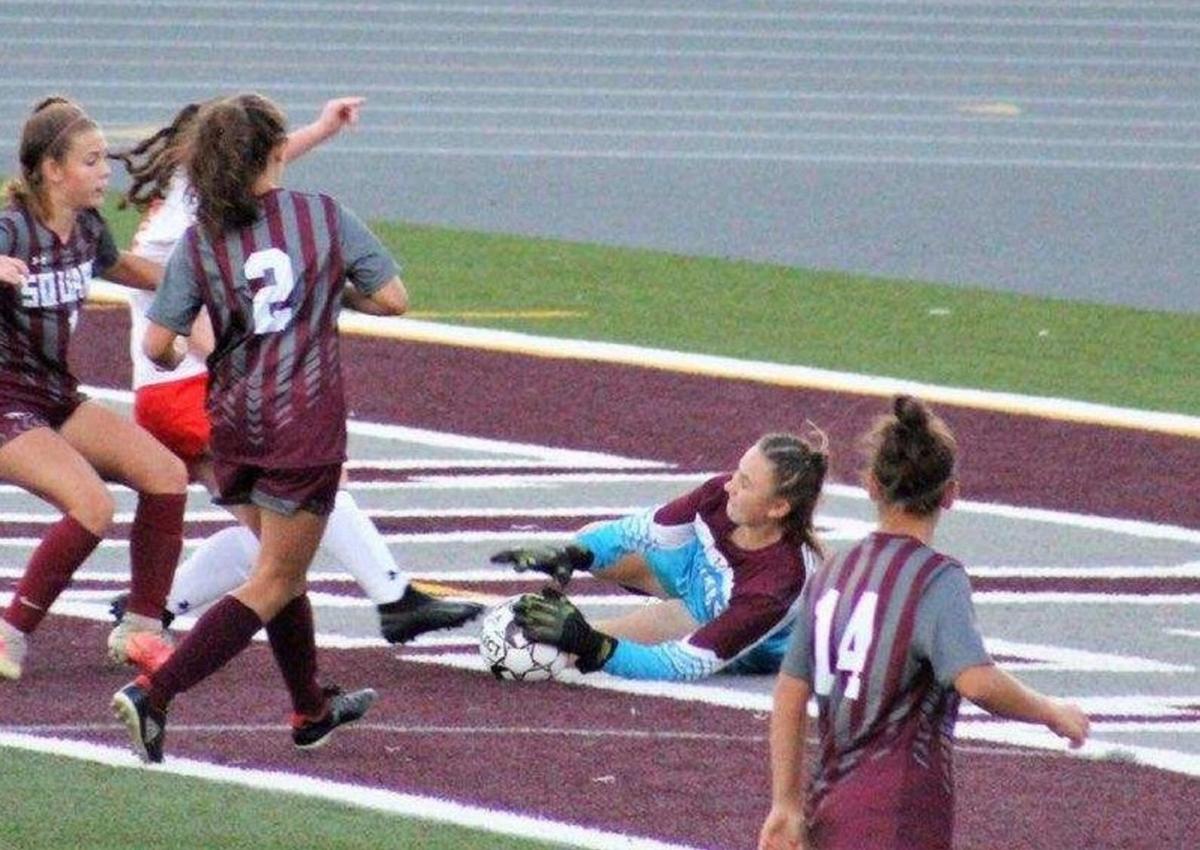 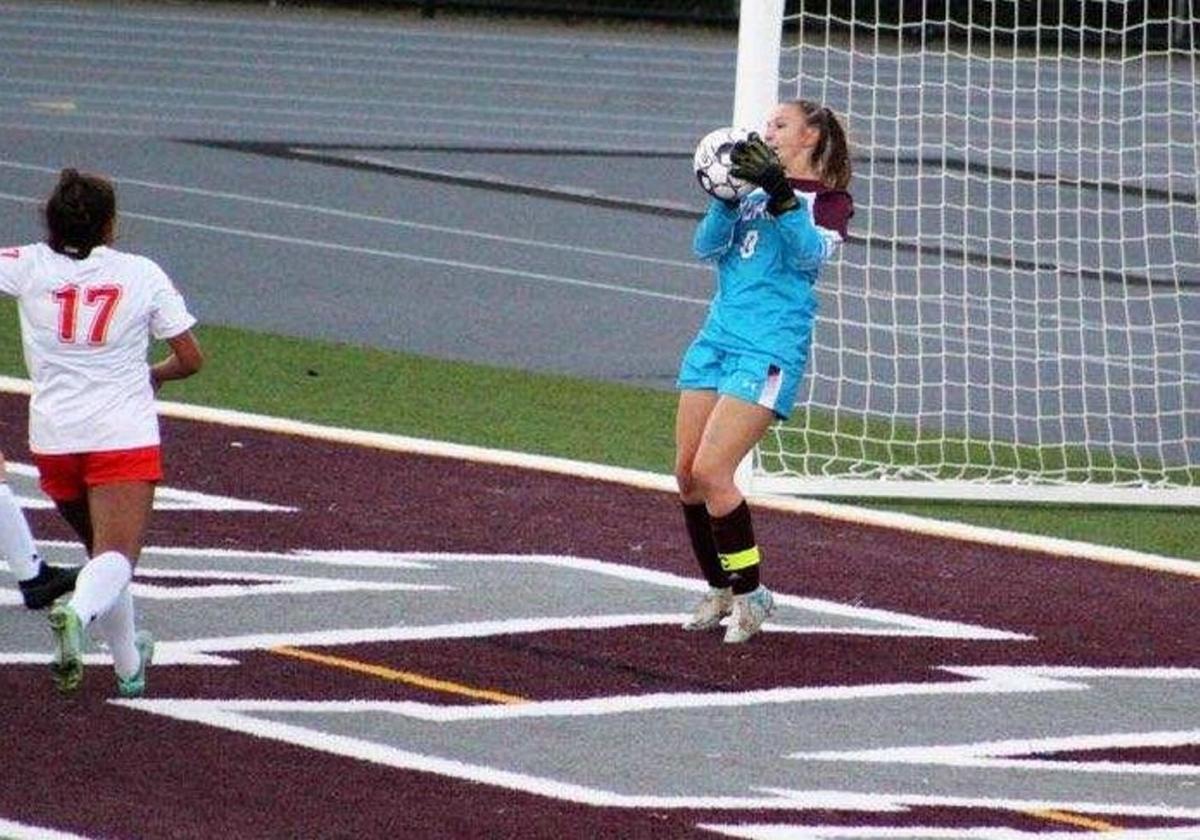 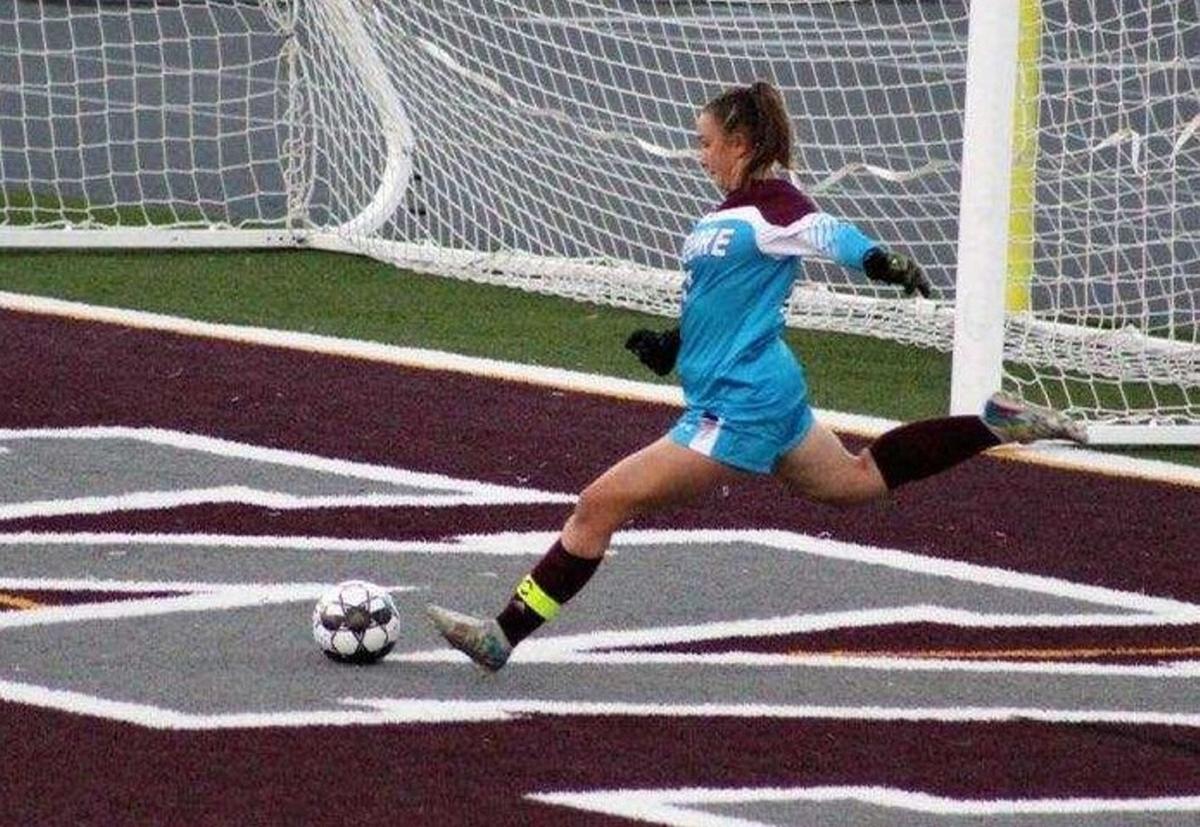 The junior goalie recently recorded her 500th career save to extend her all-time program record, and as the Redhawks paused to celebrate the milestone around her, Haley said she was simply “ready to get back to business,” in the second half of a scoreless game.

Haley eclipsed the milestone during a 1-0 setback against East-Syracuse Minoa on Sept. 16. She entered the week with her career total up to 582, including 151 saves this year in her fourth season as the varsity starter for Central Square (5-5 overall).

“I knew from the day I stepped on that it was going to be a challenge through the next couple years,” Haley said. “My job on this team was just to do what I needed to do to help the team win, so 500 was big to me, but at that point, I was focused on the game and what was going on. After I realized, 500, that’s a lot of saves, but that’s what my team has needed me to do.”

Haley is averaging 15.1 saves per game, has registered three shutouts, and started the week with a .949 save percentage for the season.

She is one of the few returning starters from the 2019 Central Square squad that finished 16-2-1 overall, establishing the team record for most wins while reaching the program’s first Section 3 championship game.

“They don’t make them like her, so as soon as she hit that 500th save, I just thought back on how long she has been in the program and what she has done for us,” Central Square coach Angelo Carroccio said. “She’s our rock, without her, who knows where we would be.”

Haley was aware of the impending milestone and received a progress update at halftime, beginning the second half knowing she was three saves shy of No. 500.

The junior standout said that she was counting down as she stopped two shots quickly after the break, and then made another to stop the game for a quick recognition of the achievement.

“All I was thinking after I stopped two was that if I let a goal in on this third shot, I’m going to be mad,” Haley said. “But I made the last save to hit that 500 mark.”

Haley’s rise to the most productive goalie in school history started when she was around age eight, a few years after she took up the sport.

The goalie on her club soccer team was injured and Haley happened to be sitting next to the coach as he looked down and asked her to step in goal to finish the game.

She has remained at the position ever since and was promoted to Central Square’s junior varsity squad in seventh grade before jumping to varsity the following year.

Carroccio said that he noticed rare leadership qualities for Haley’s age while watching her operate on JV, and said he instantly knew she would be the varsity goalie in short order.

“Soccer is a team sport and getting those relationships with your defenders especially and with all your teammates, just always having each other’s backs, that’s probably the best part of playing goalie for me,” Haley said.

Haley has elevated her game by playing club soccer for the Syracuse Development Academy (SDA). She will be playing a national schedule this upcoming club season, which begins soon after the high school season ends and runs through August.

She will be participating in three training sessions per week and has showcase tournaments scheduled in Florida, Arizona, and in different states throughout the east coast.

“That’s really exciting,” Haley said. “Especially with COVID last year and not being able to travel much at all, finally being able to get out there and showcase myself in front of college coaches and represent Central Square as well, is a good feeling.”

Haley is also an avid horseback rider — her family has owned a horse barn since 2010 — and plays varsity basketball and softball for the Redhawks. She is a member of the wind ensemble for the school band, a class officer, and hopes to study civil engineering while playing soccer in college.

Haley is first focused on helping Central Square produce another lengthy run in the Section 3 playoffs. The Redhawks had won three straight games entering the week to improve to 5-5 overall with just over a week left in the regular season.

Central Square has been led offensively by a pair of young standouts. Sophomore Ryan Colton entered the week with six goals and six assists to pace the Redhawks, followed by freshman Delayna Humphrey with four goals and an assist.

“I think it’s all about our intensity,” Haley said. “When we’re losing, we’re not getting 50-50 balls out of the air and pressuring, but we’re starting to get back to that now and I think we can just keep getting better.”