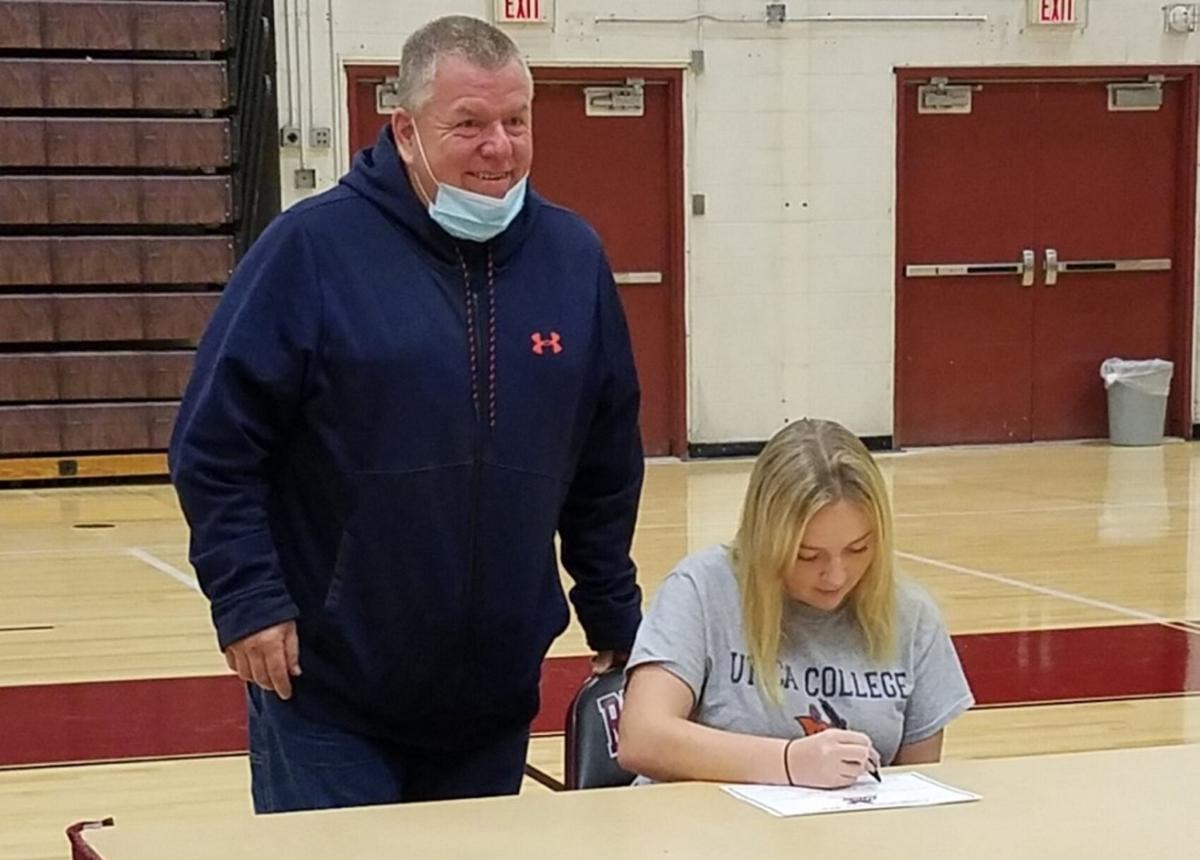 Central Square senior Breannan O’Hara, right, next to her father, Timothy, signs a letter of commitment to play NCAA Division III women’s lacrosse for Utica College next year during a ceremony Nov. 18 at the Paul V. Moore High School gym. 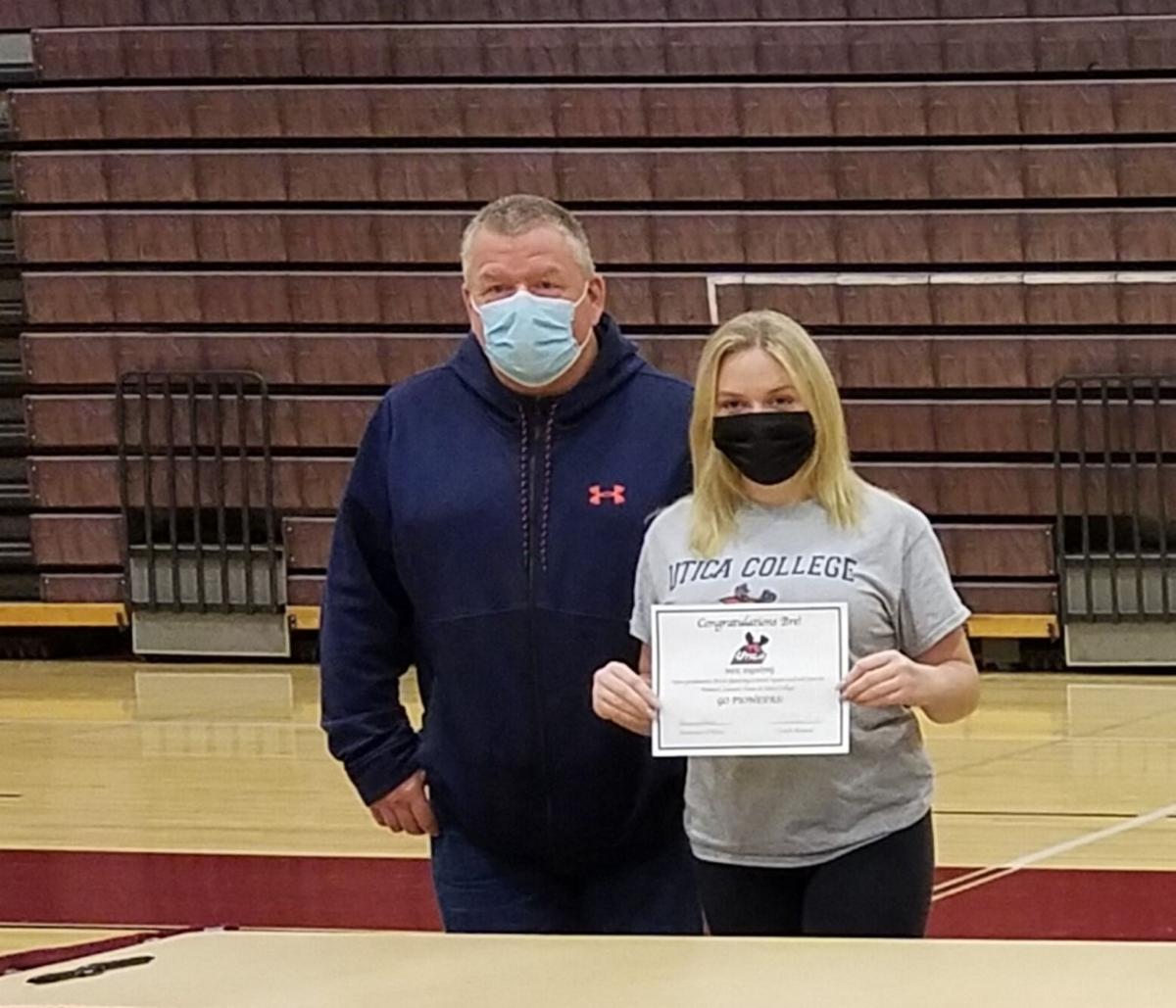 Central Square senior Breannan O’Hara, right, next to her father, Timothy, with her signed letter of commitment to play NCAA Division III women’s lacrosse for Utica College next year during a ceremony Nov. 18 at the Paul V. Moore High School gym. 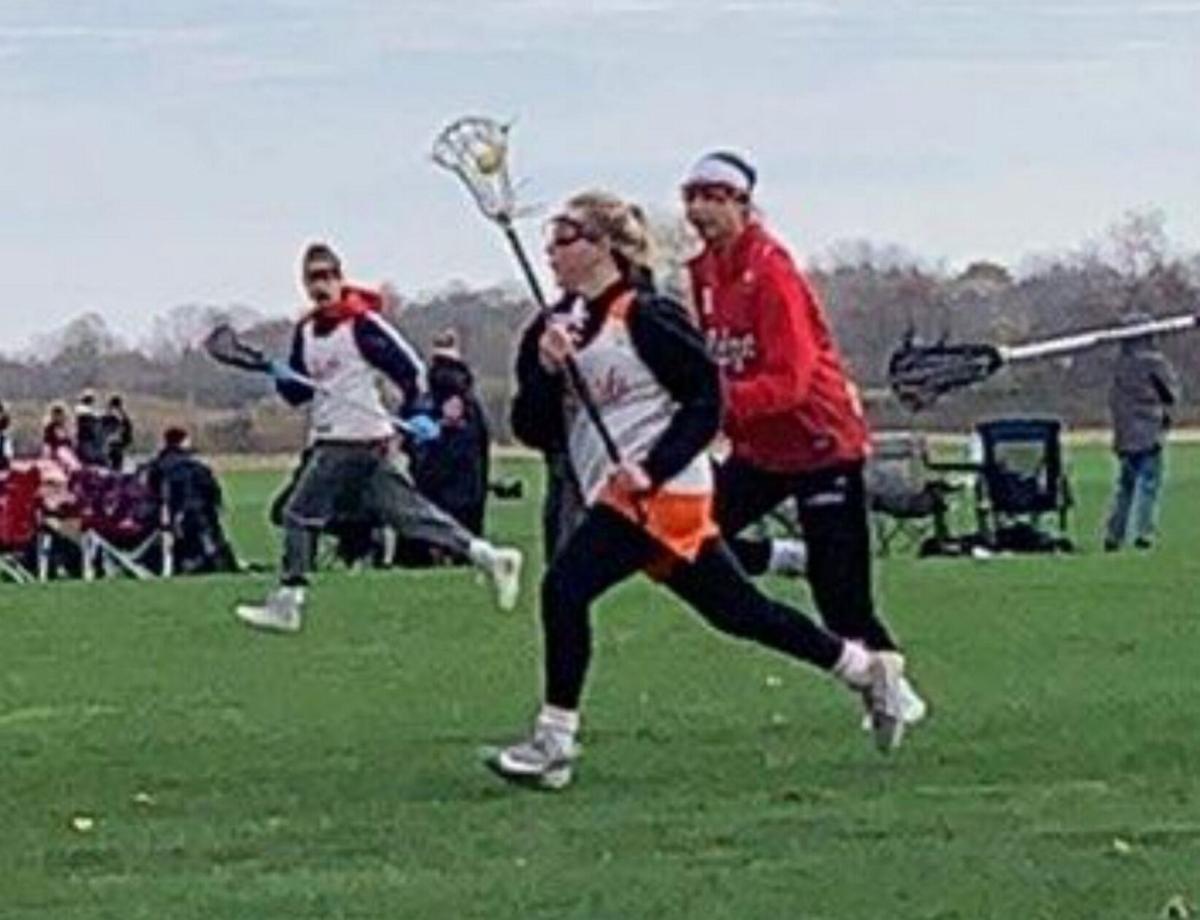 Central Square senior Breannan O’Hara, right, next to her father, Timothy, signs a letter of commitment to play NCAA Division III women’s lacrosse for Utica College next year during a ceremony Nov. 18 at the Paul V. Moore High School gym.

Central Square senior Breannan O’Hara, right, next to her father, Timothy, with her signed letter of commitment to play NCAA Division III women’s lacrosse for Utica College next year during a ceremony Nov. 18 at the Paul V. Moore High School gym.

CENTRAL SQUARE — Breannan O’Hara stays in every play on the lacrosse field through focus and effort, traits that she utilized to secure her place on the Utica College women’s lacrosse team despite obstacles presented through the COVID-19 pandemic.

The Central Square senior recently signed her letter of commitment to play for the Pioneers of the Empire 8 Conference next year during a ceremony held Nov. 18 at the Paul V. Moore High School gym.

O’Hara played varsity lacrosse for Central Square as a sophomore in 2019 but lost her junior campaign last spring, a critical year on the recruiting trail, due to coronavirus concerns that led to the cancelation of spring sports statewide.

The defender was moved up to the varsity squad as a freshman and according to coach Tyler Renaud, has displayed strong one-on-one stopping abilities, field awareness, and thrives in transition with the ability to contribute on both phases.

O’Hara is forecasted to be a team captain as a senior this spring and helped the Redhawks advance to the Section 3 Class B semifinals in her lone full-time varsity season in 2019.

“She is never out of a play, that’s what I love about (O’Hara),” Renaud said. “She’s always active, always keeping her head on her opponent that she is marking and where the ball is.”

He added: “She’s a real good defender, solid on the ball, and she wins more than 50 percent of the groundballs in her area. I think one of her biggest strengths is her ability to transition up the field and maintain possession of the ball.”

O’Hara — the daughter of Timothy and Erin — was joined by her father at the Nov. 18 signing ceremony to make her commitment official after being granted a roster spot on the rising program by Utica coach Kristin St. Hilaire.

Utica started 4-0 last spring before its season was halted due to COVID-19 and was coming off a program record for wins in 2019, finishing 13-4 overall and 6-2 in the Empire 8 Conference.

The team features a wealth of area talent with seven of its top nine scorers from last spring’s abbreviated season coming from Section 3 programs.

O’Hara said that she was able to make on-campus visits to Utica early in the process before COVID-19 recruiting restrictions were in place and plans to study zoology, hoping to eventually work in animal conservation.

“It means to me like a new start and a new adventure, I’m just excited to see what my future is going to hold,” O’Hara said. “I’m excited to be a part of the Utica lacrosse team, they feel like a family and a team, and that’s the thing I love most.”

She added: “I met with the Utica coach and she was very nice, and she seemed defensive-minded which is great because I’m a defender and I think she’ll be able to help me out a lot.”

O’Hara gained added exposure through playing for the Orange Crush club team since the eighth grade, which proved even more vital after losing the pivotal high school season of recruiting.

The team held practices this summer with coronavirus restrictions in place and was able to compete in tournaments out of state.

Renaud said that O’Hara and other recent aspiring college players from Central Square — such as teammate Emily Reichard, another Division II or III prospect who is undecided — have utilized the Hudl service, which provides video that can be sent to prospective collegiate coaches.

“The junior year is really the big year with respects to Division II and Division III programs,” Renaud said. “It probably cost them a little bit, but I think they’re both pretty smart as far as selling themselves and really focusing in on the schools that fit them, No. 1 academically in terms of what they want to do, and then No. 2, provide them with an opportunity to play at a competitive level.”

O’Hara has also competed for the Redhawks cross country and indoor track and field teams in the effort to help train for her lacrosse seasons. O’Hara expressed gratitude to the Central Square Central School District for hosting the signing ceremony and said she was hopeful to play her final year for the Redhawks this spring.

“All this summer I got to practice with our club team, but it was still upsetting not being able to have a season (last year),” O’Hara said. “Hopefully, we’ll be able to get one for senior year.”