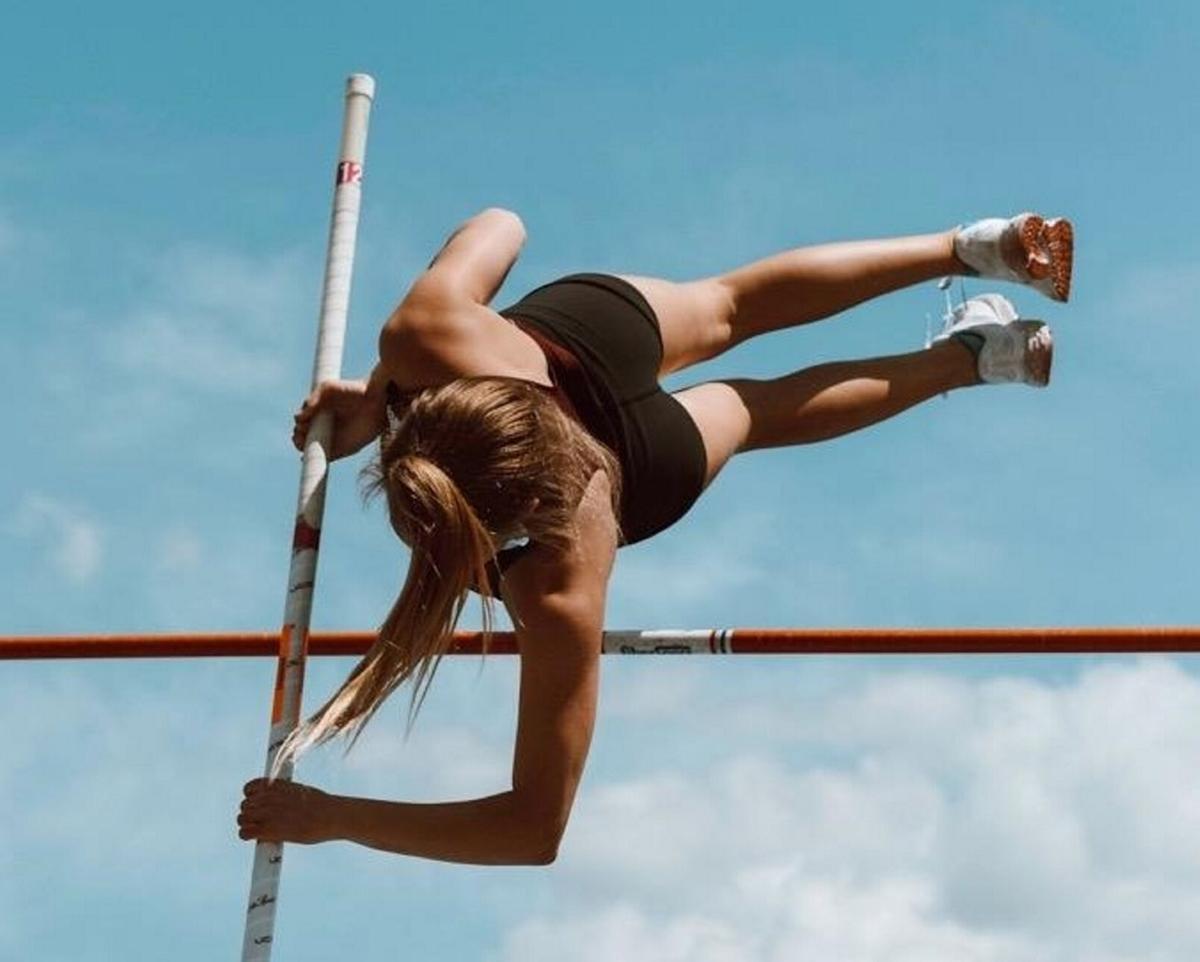 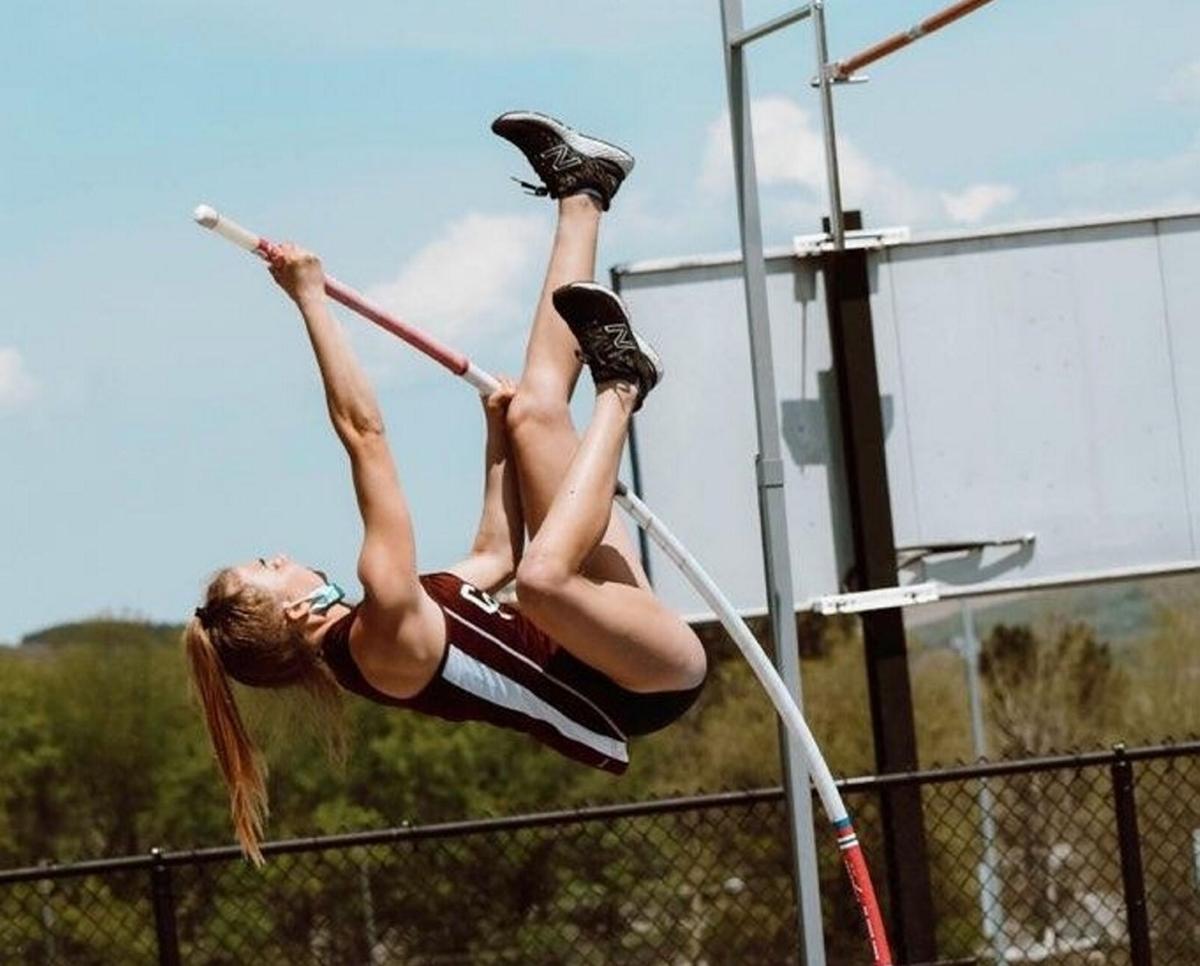 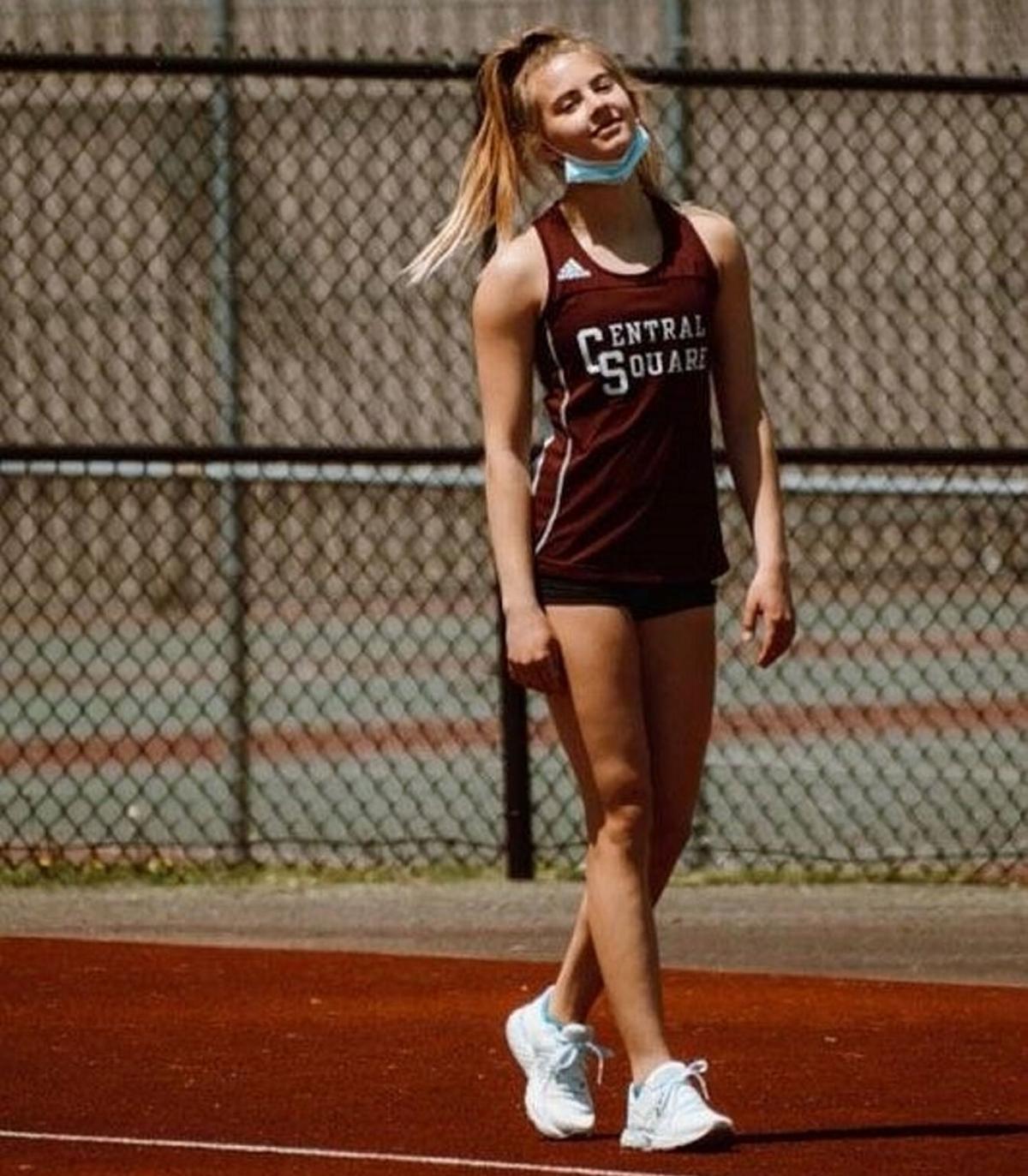 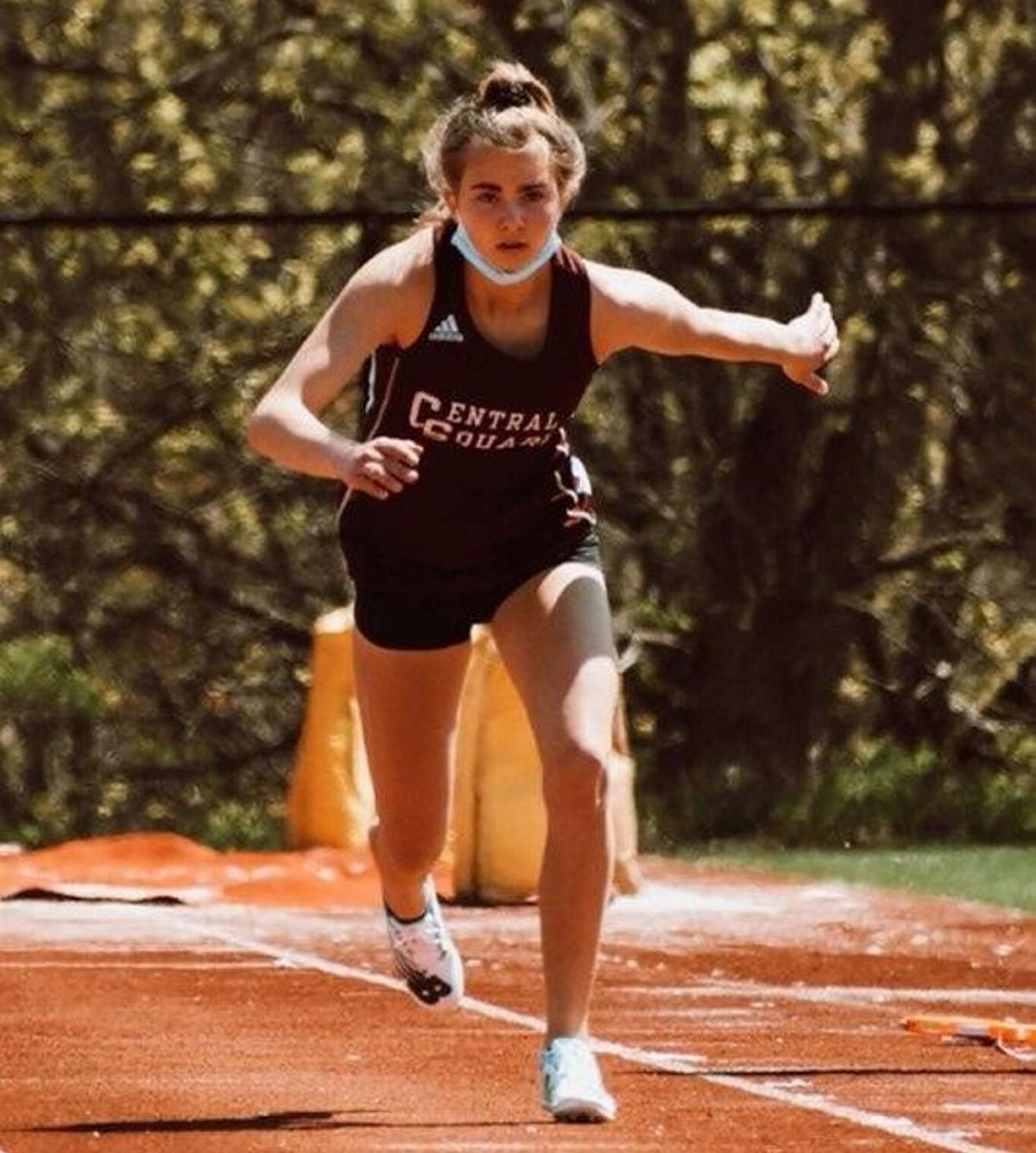 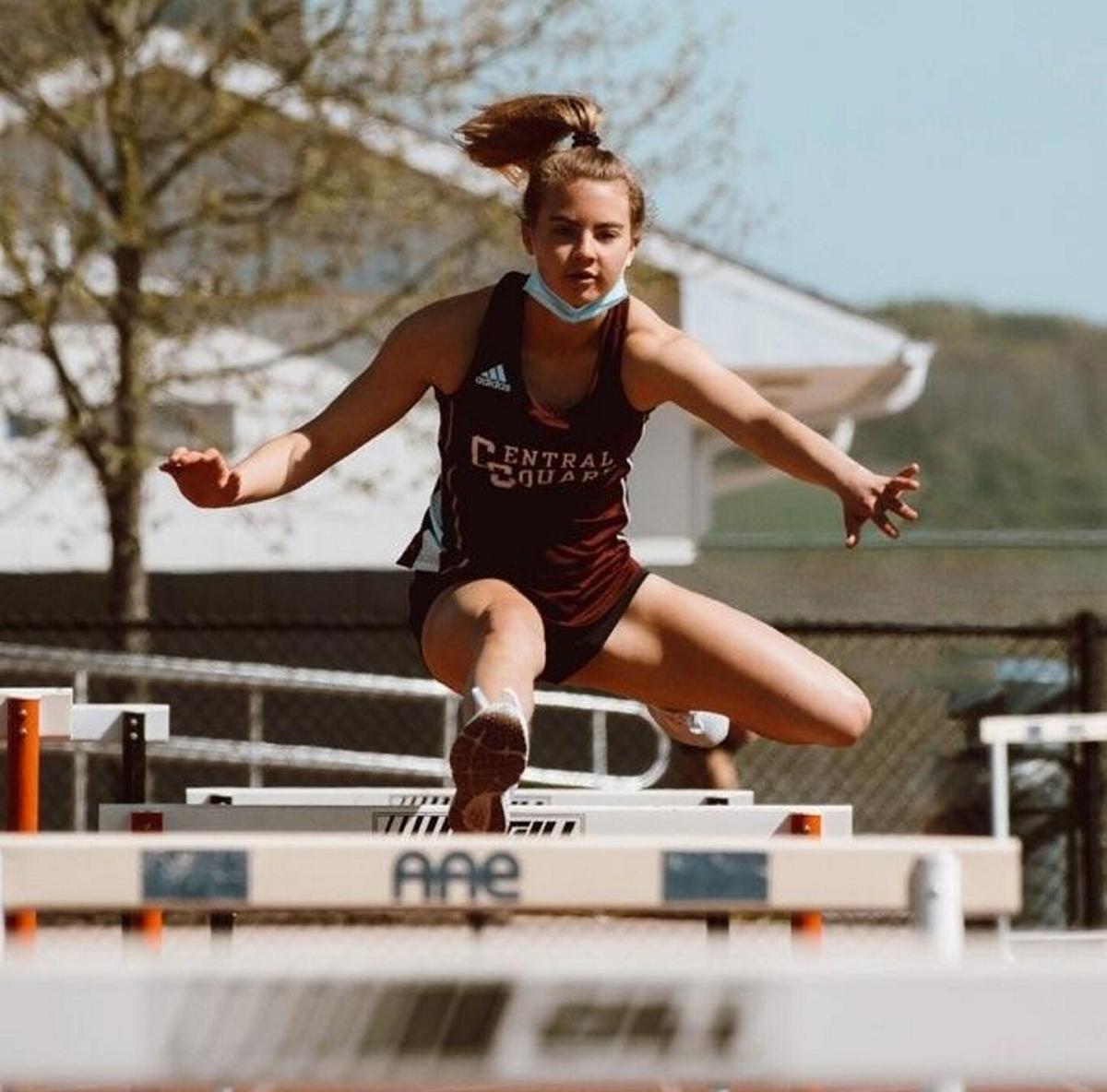 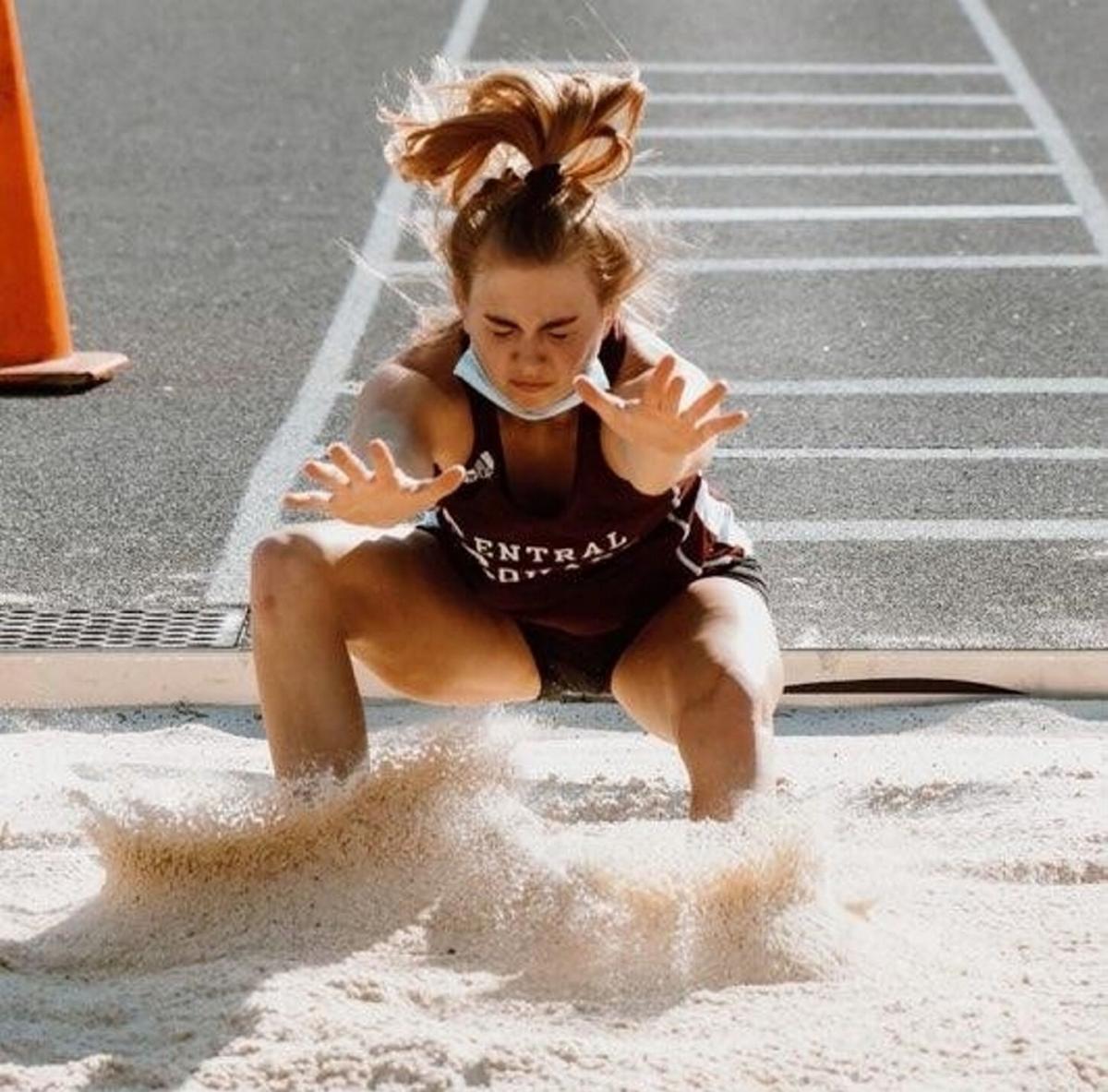 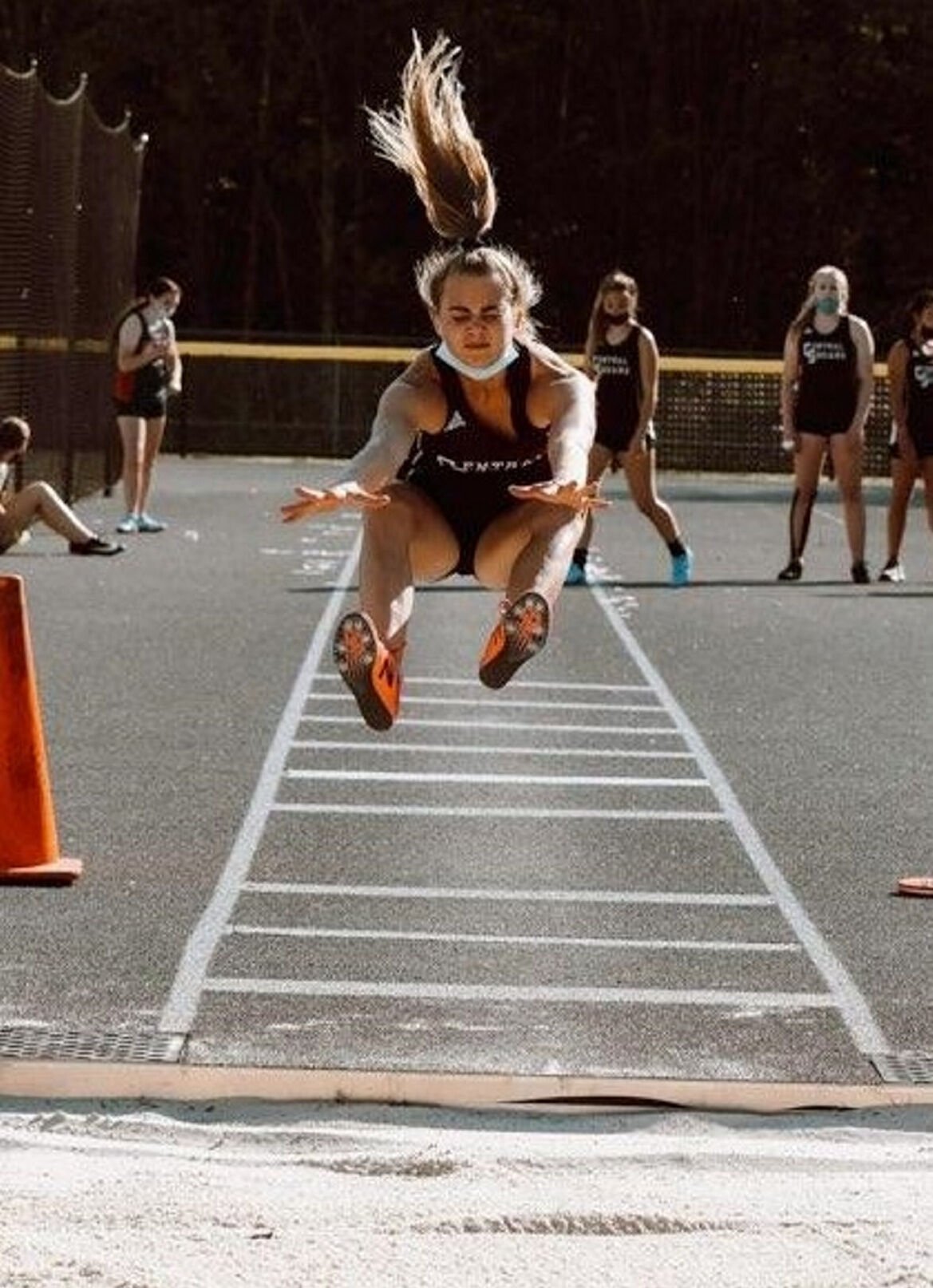 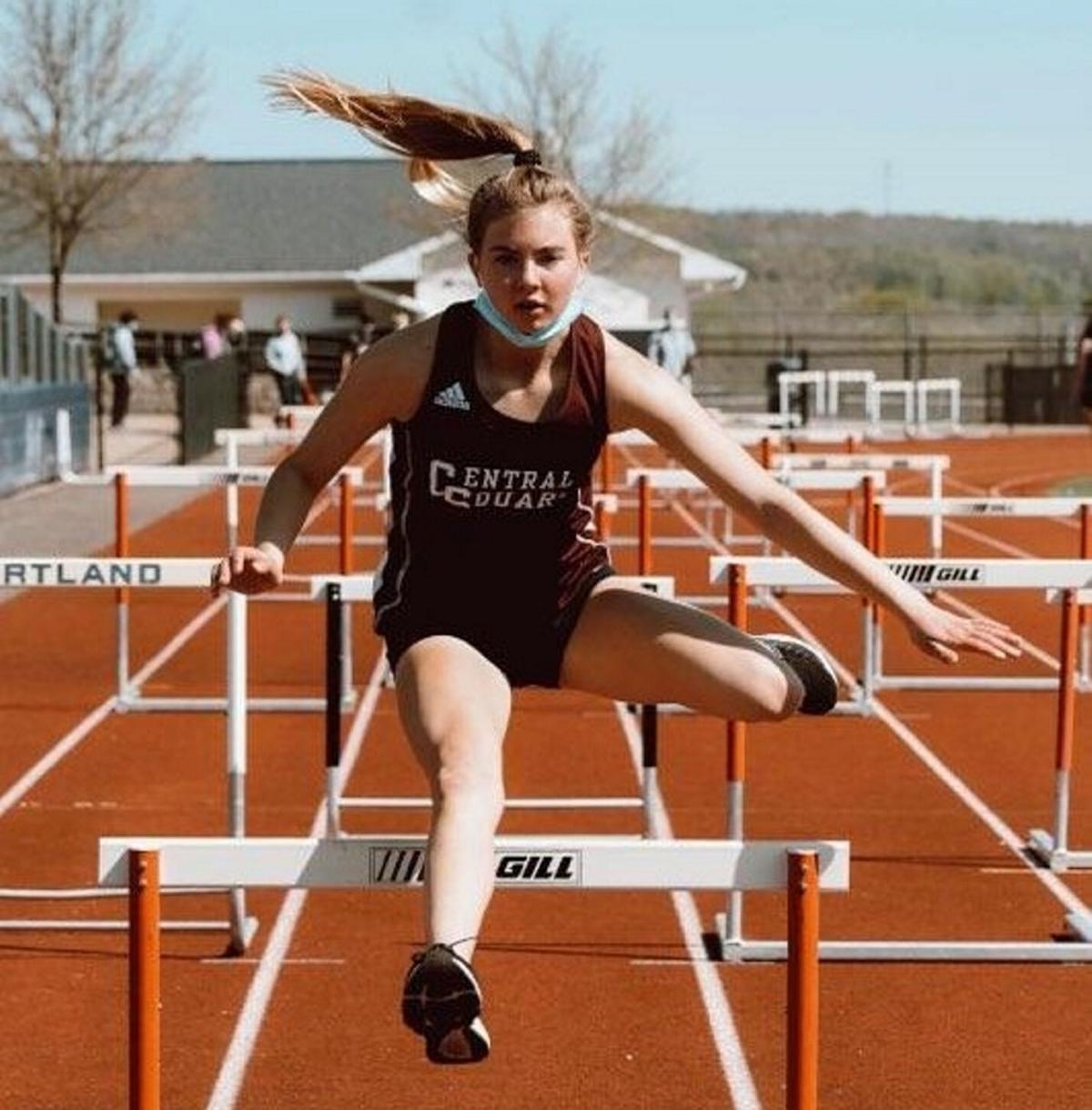 CENTRAL SQUARE — Evelyn and Ella Dolce are pushing each other toward the picture-perfect finish to their respective junior seasons for the Central Square varsity girls track and field team.

The identical twin sisters are among the top contenders in multiple events for the Redhawks in the Section 3 Class A championship meet slated for June 9 at Chittenango High School.

The standout sisters have also taken a shared interest in photography and while one is claiming a victory on the track, the other is capturing the moment with her camera whenever possible. They do so for fun but also review the photos to help each other critique their respective form and techniques.

“We like to photograph for track and take pictures for the yearbook,” Ella Dolce said. “I think that the photographs have helped (track performance) because we can see some of the flaws that we didn’t realize before. We just like to photograph each other, it’s perfect, like having a built-in model.”

Ella and Evelyn’s collective intrigue was first sparked when they took a photo class at Paul V. Moore High School as freshmen — the same year they each started pole vaulting, which has become the primary focus among their multitude of indoor and outdoor track and field events.

Their hobby goes well beyond the track and one twin typically utilizes the other as the centerpiece of whatever portrait she is taking.

They each regularly submit photos for the school yearbook and have entered contests over the past few years, either placing or garnering awards in their age group from the Everson Art Museum, Scholastic Art, and RIT, among others.

“It’s nice because although it’s either I will win the competition or she will, the other person is usually in the photo, so it’s like we both won,” Evelyn Dolce said.

The sisters were described as “inseparable,” by Redhawks varsity track and field coach, Bill Pettit, and they compete in all the same events for both indoor and outdoor track and field, frequently alternating first-place finishes this season.

They are both relied on to score in the maximum of four events in most meets and have excelled in pole vault, 400 hurdles, long jump, and triple jump, along with the 100, 200, and 400-meter dashes.

“She’s always there, and it’s never been, I want her to do worse so that I can look good, it’s always: ‘Oh you deserved that,’” Evelyn Dolce said. “We have each other to help with everything.”

The Dolce twins each qualified for the indoor track and field state championships as sophomores last year for the pole vault. Evelyn won the Section 3 Class A indoor titles for pole vault and long jump while Ella took first in the 55 hurdles to help Central Square capture the team title.

They also helped the Redhawks top the team standings at sectionals in their only spring track season as freshmen in 2019. Ella Dolce won the 100 hurdles and 400 hurdles while Evelyn placed second and fourth in each event.

Both sisters have credited the other with playing a role in their success and said they rarely compare achievements in a competitive nature. They motivate each other mindfully knowing the other’s tendencies and when to critique or encourage.

“We’re pretty much the same, it’s hard to say it, but we are,” Ella Dolce said. “We are into all the same things, and I think it definitely makes for stronger competition but it’s different than having competitors, because we know that if she can do it, I can do it, so it pushes us even farther.”

She added: “It’s like, if she can jump 11 feet, then oh my gosh, I know I can, so I can’t be slacking. There are no days off, you’re always pushing each other, so if I’m not feeling it, she’s always there.”

Pole vault has been the main focus for both Dolce sisters since they first started in their freshman outdoor season in spring 2019.

They are both hoping to attend a college together where they can compete in the event and have been working extra with assistant coach Jason Brocious, who starred in the pole vault for Central Square and SUNY Cortland and has operated the Empire Pole Vault Club for the past 10 years.

“It was something that was different that not everyone was in, and the coach here is amazing, so the opportunity was just standing there right in front of us,” Evelyn Dolce said. “It was something we could be successful in and develop through all the way to college.”

Pettit and Brocious each credited the work ethic of the Dolce sisters and their shared passion for the pole vault as playing a large role in their combined success.

The duo studies film online and review their notes with Brocious, have taken advantage of the opportunity to train seven days per week this season, and stay for an hour after practice most days to work solely on the vault.

Ella Dolce has reached 11 feet for a personal record on the pole vault this season while Evelyn has hit a high mark of 11 feet and 6 inches.

“They’re not so concerned with who finishes first or second, they might joke once in a while about it, but they do a nice job of helping each other and providing each other with feedback because they have tried to learn as much as possible about the event,” Brocious said.

Evelyn and Ella Dolce — the daughters of Yvonne and Monte who also have one brother, Ethan — credited their bond as the impetus for keeping up with their training throughout the COVID-19 pandemic.

During periods where teammates were isolated, they worked together as spotting partners to lift weights in their basement, went on runs together, and helped each other work through independent voluntary drills provided by coaches after last season was cancelled due to coronavirus concerns.

They also credited each other with helping through all the mental hurdles they faced along with their peers as they dealt with the surrounding circumstances.

“I would be a different person, my personality and my goals, so I think that I’m very lucky that we were twins because that’s made me 1,000 times a better person and I think I’ll be more successful because of it,” Ella Dolce said.